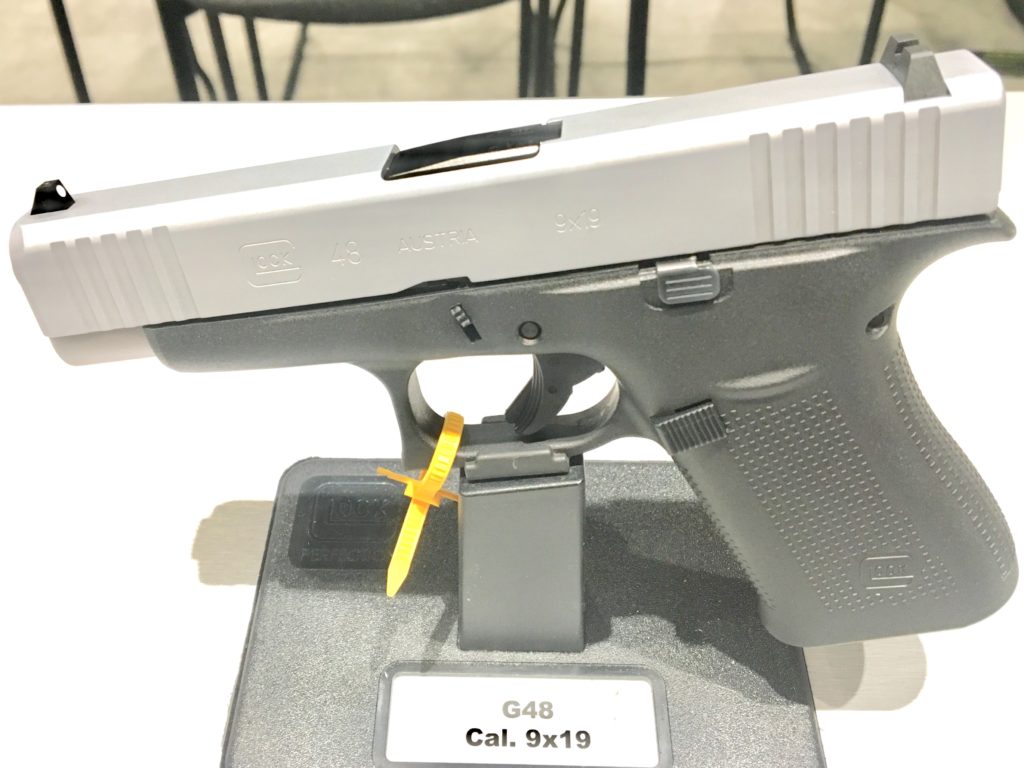 Glock took its ever popular Model 19, one of the most carried handguns in America and flattened it out. The Glock 48 is essentially a Gen 5 model 19 that was shrunk in width to make it better for concealed carry. This also resulted in it fitting smaller hands.

The model 19 is 1.34-inches thick so the 48 is a slim and trim 1.1-inches wide. That quarter of an inch may not sound like much but it significantly changes the feel and the carry of the 48 compared to a model 19. The grip feels remarkably better to me and due to the length of the grip staying the same. It provides plenty of support for fast, accurate shooting. 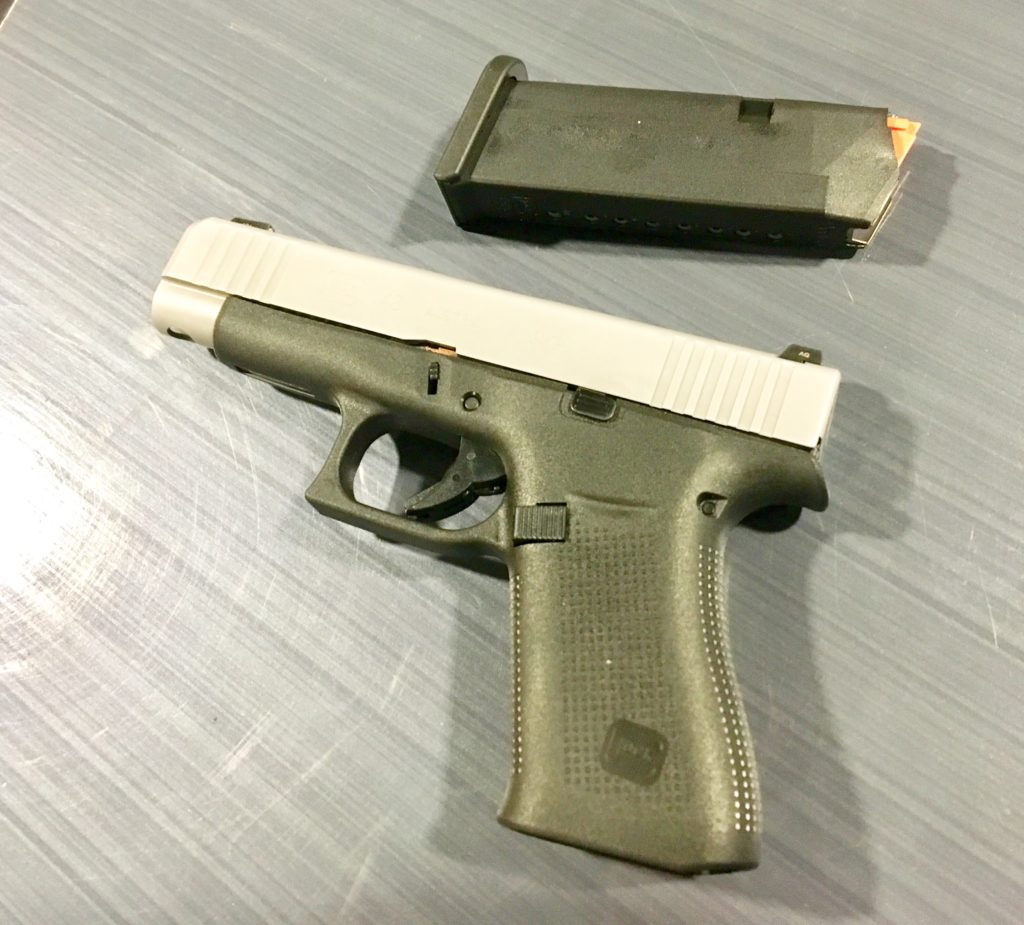 The grip allows for a magazine capacity of 10 rounds, still plenty of fire power for a concealable handgun. The 48 has the same barrel length and sight radius as its thicker brother so there is a very familiar look and presentation when handling the gun. I think the length does not compromise its ability to be concealed, but definitely adds to its shootability.

The Glock 48 sports a fresh new silver slide color, setting it apart from its many predecessors. The physical vapor deposition finish has been tested and should provide years of resistance to holster wear and corrosion that are constant problems to many daily carry guns. 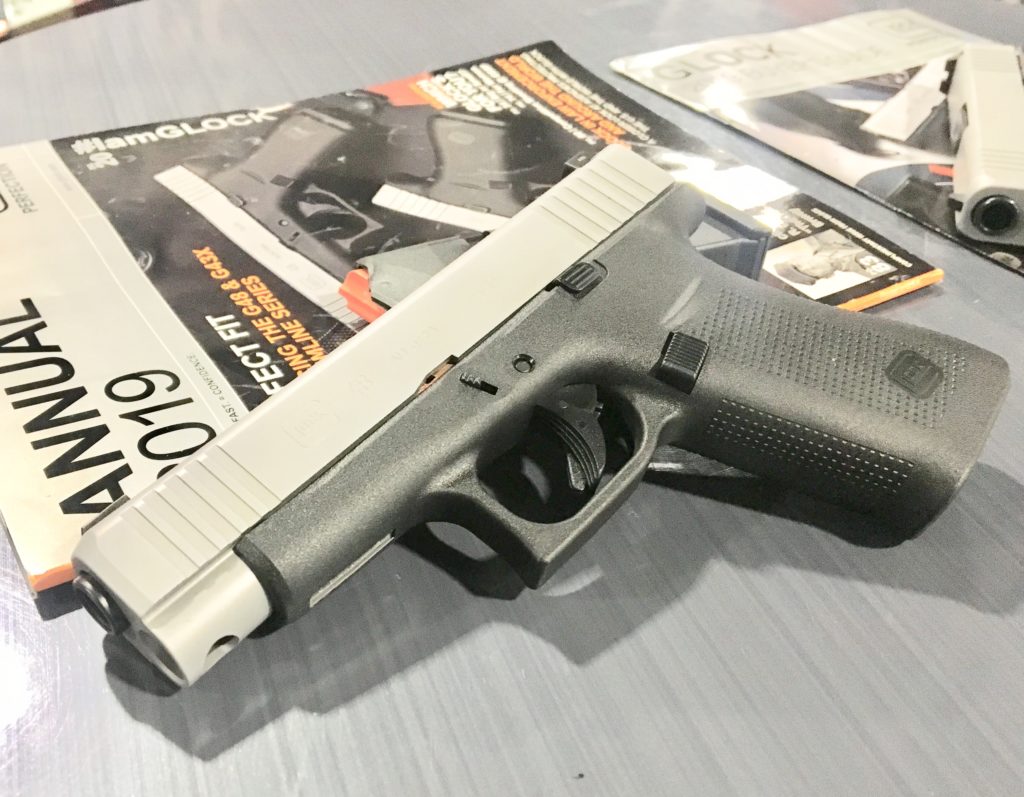 The Glock 48 is just a little over and inch thick.

The front and rear cocking serrations on the slide allow for a better grip during manipulations. Overall, it looks like Glock has put out a great new offering for the concealed-carry market and we look forward to seeing how it performs in a full review. Keep an eye out for that review on GunsAmerica.  You can find more information on the Glock 48 at the Glock website.