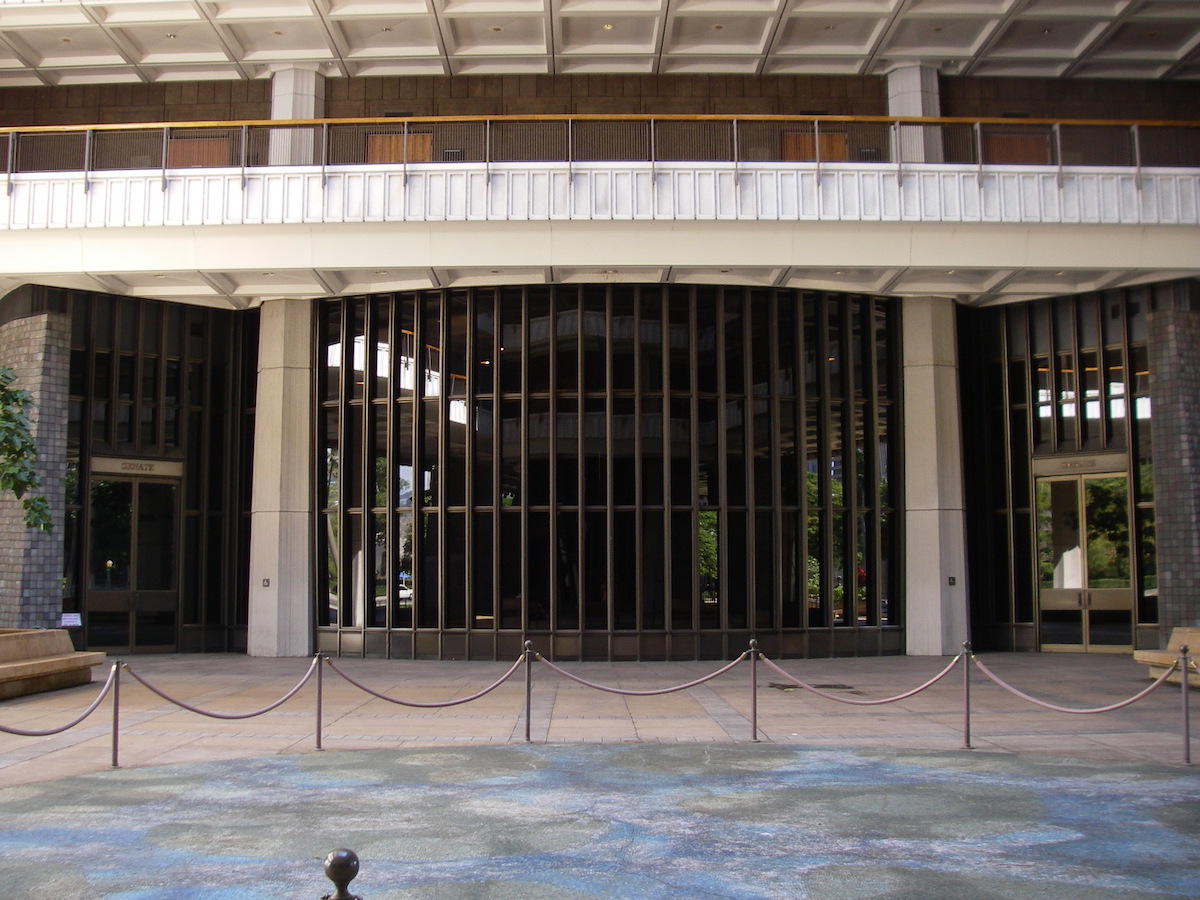 The entrance to the Hawaii State Senate chamber.  (Photo: Wikipedia)

Five state senators in Hawaii have introduced a Senate Concurrent Resolution (see below) this week that would ask the U.S. Congress to “consider and discuss whether the Second Amendment of the United States Constitution should be repealed or amended to clarify that the right to bear arms is a collective, rather than individual, constitutional right.”

Known as SCR42, the resolution includes the following reasoning for repealing or amending the Second Amendment:

The five senators who introduced SCR42 are:

This is the second time in as many years that Hawaii has introduced such a measure. In 2018, The House introduced HR167, a resolution virtually identical to SCR42. HR167 never made it out of committee.

It is unknown whether SCR42 will ultimately pass.  Even if it does, one state calling for the repeal of the Second Amendment is unlikely to get much traction in Washington, D.C.  Still, it is important to remain vigilant since it is clear that the anti-gun crowd will continue to push its agenda by any and every means available.

For now, the current state of the law is clear: the Second Amendment protects an individual’s right to possess firearms.  Let’s do everything we can to keep it that way.