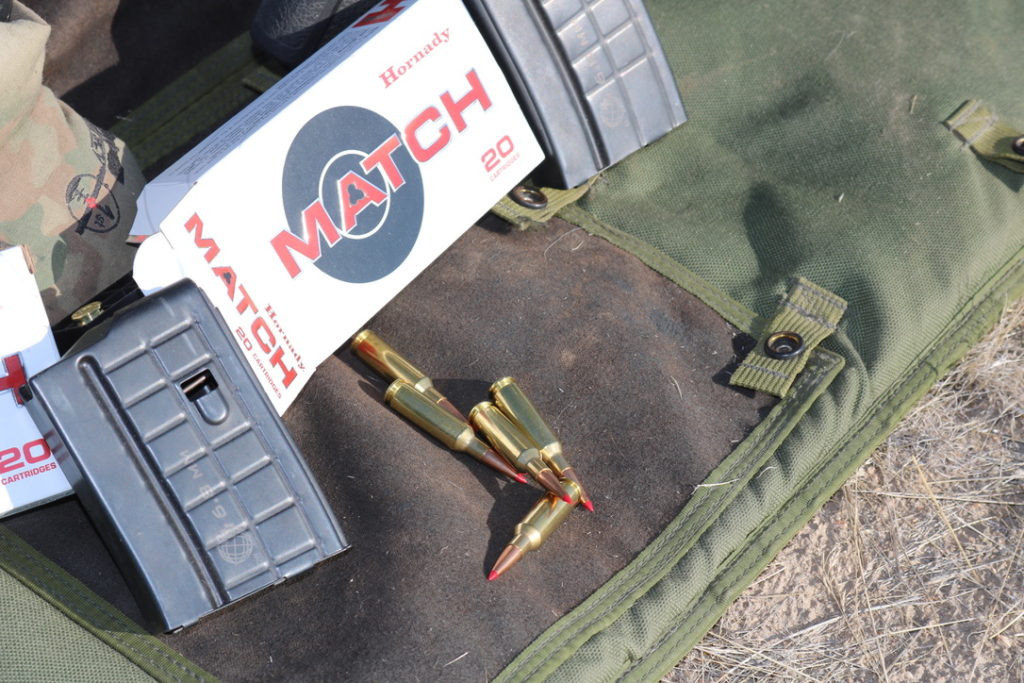 We got a chance this week to really wring out the new 224 Valkyrie loading from Hornady, the 88-grain special announced at the NRA show back in April. Valkyrie has been a strange animal over the last year. It has the potential to change how we think of small frame AR’s, and what they are capable of. But it has not been without controversy.

Some of the issues associated with the round were unforeseen teething problems and some of them are customer induced. I, nor any other credible writer, will make apologies for the former. But the latter, well, we pretty much have to step in that mud pie if we are going to have a serious discussion. 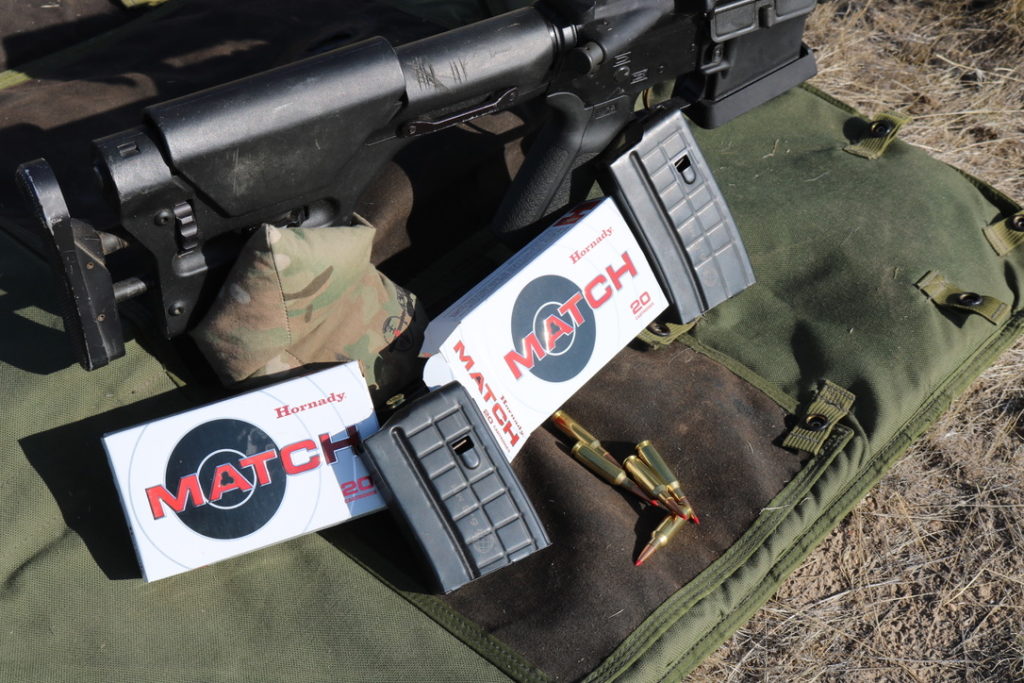 Before the internet collectively yells that 224 cannot be made accurate, we need to acknowledge one fact. If your entire barreled upper receiver, with bolt carrier group and charging handle, cost $400, your accuracy issue isn’t the bullets. Guaranteed. Sometimes we get lucky with super cheap guns, but not often. I’m not even being a gun snob on this one. I have plenty of 1 or 2 MOA AR-15’s. But I don’t go run an accuracy test out of them, and publish it as solid gold fact on some companies bullet.

If you are seeking precision, most high level barrel blanks cost as much. If it isn’t Walther-Lothar, Krieger, Bartlien, or another proven performer, I’m probably not going to trust it for a true accuracy test. And I’m certainly not going to mail my lot of ammo back to the maker, demanding he make my gun work better.

So for testing, I use a Craddock Precision upper receiver, built with a Criterion heavy barrel. That is a reputable bullet tube, put together by a guy that knows how to build guns. Provided I do my part, I can believe any data that comes out the muzzle of it.

Now, have there been shenanigans on the other end of things? Yes. Yes there have. 224 Valkyrie was originally specified to use a 1:7 twist. My gun happens to be a 1:7 twist, because I was an early adopter. And the jury is still out on it if it is optimal. Others are switching to 1:6.5 or 1:6, but time will tell.

And while this isn’t an assault on Federal, I would be remiss not to bring up the problems of the 90 grain SMK. My hat is off, personally, to Federal for creating this awesome caliber. And my first batch of 90 grain Gold Medal Match was absolutely amazing. I took it to a mile, as far as I know the first Valkyrie mile shots in the nation. But… my next lot wouldn’t hit the floor if you dropped it. In July of  last year, Federal actually took the 90 out of production. This is an excerpt from the letter they posted on the website:

“As with any product innovation that pushes performance boundaries, there are often adjustments that need to be made to the offering to continually improve. We have found that some of our Sierra 90-grain MatchKing rounds are not performing to the accuracy levels we expect. Although they are still shooting MOA out of our test barrels and will function to our specifications, we hold our Premium Gold Medal products to the highest standard. As a result, we are recommending the following products as we work to improve the MatchKing load.”

So while Federal still offers some great hunting rounds, a long range cartridge is off the table for the moment. And if you are like me, that is the entire reason you wanted a 224.

Fortunately, Hornady was waiting in the wings. If this isn’t the earliest Hornady has adopted a new caliber not designed in house, it has to be close. 7 months after the SAAMI Spec was published, they had a contender on the presses. 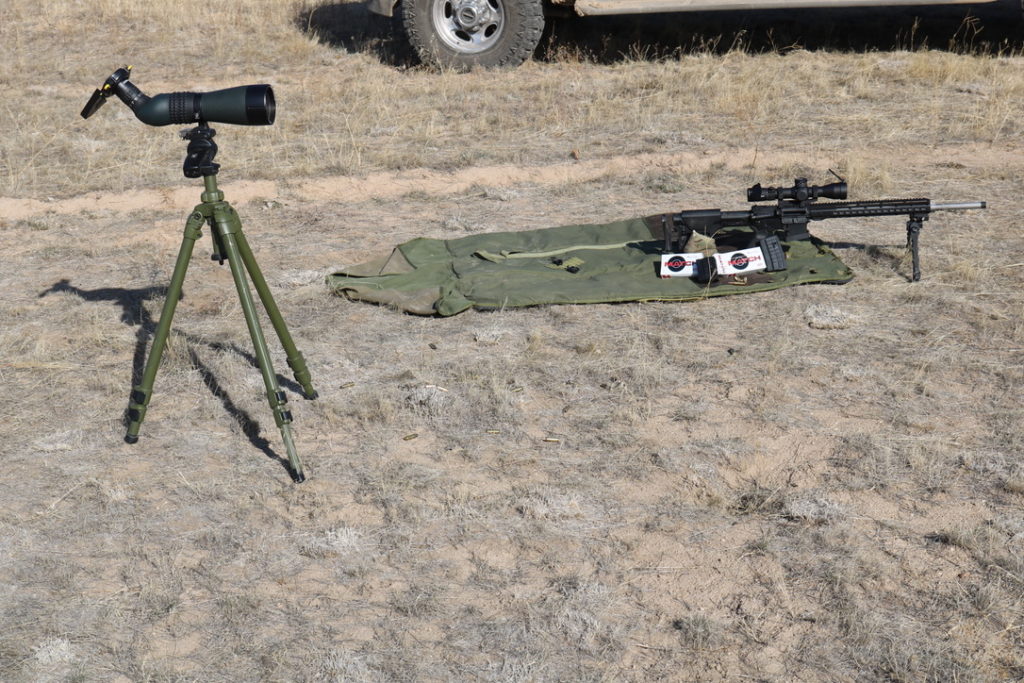 Getting ready to go long with the new 88’s.

Why 88 grain and not 90? Good question. Maybe they found a critical issue with the 90’s, and had to scale it back a little. Maybe they just didn’t want to duplicate exactly the round Federal offered as match grade. The biggest question was, could Hornady fix heavy Valkyrie.

Hornady publishes a ballistic coefficent of .545 G1, slightly under Federals .563 G1. Hornady also specifies 2675 fps from a 24 inch test barrel, 25 fps slower than the Match King. So, can this round hang?

I was pretty anxious to find out myself. So off to the range we went. My test set up was the aforementioned upper, with a Leupold Mk5 strapped to the top. My lower features a magpul PRS stock, and an AR Gold trigger, magic for accuracy testing in my experience.

On paper,  the 88 grain put up .58 inch and a .398 inch 5 round groups, nothing to sneeze at. The smaller of the two is definitely approaching my limits as a shooter on a good day, and is the second best group the upper has ever printed. 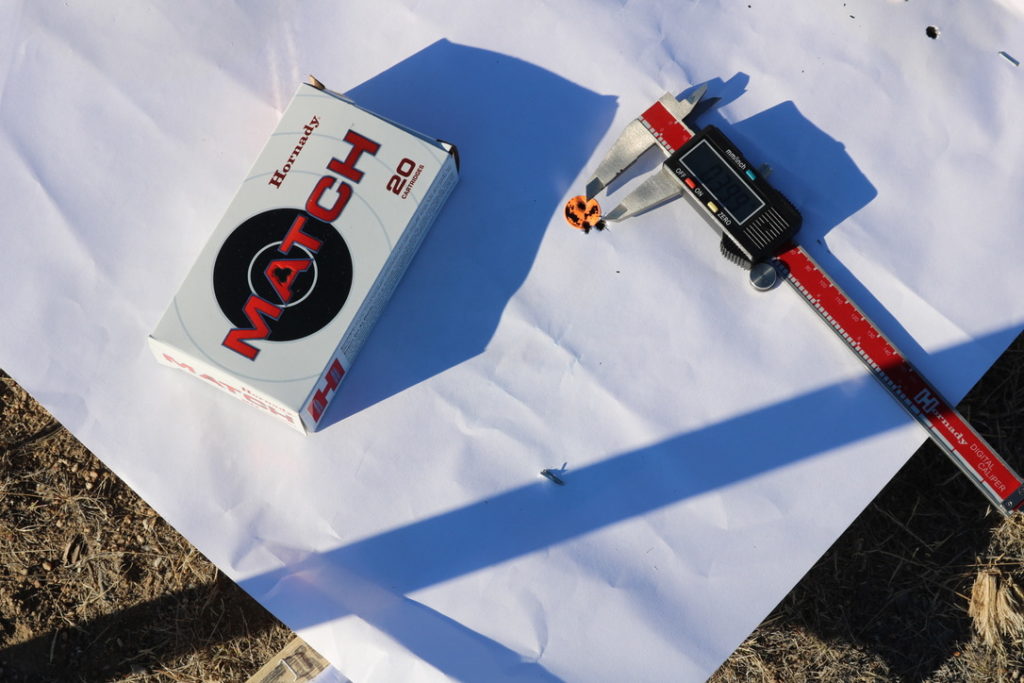 It was a high mirage day by the time I got back to the further distances, so we had to settle for 1200 meters ( 1312 yards). It is also weird to have a caliber that makes 1200 feel like settling, in a small frame AR. Still, it is a pretty decent test range.

So I am happy to report that Hornady’s bullet did not fall out of the sky before the 1000 line. In fact, when truing my ballistic algorithm, my first shots went way high, meaning either the BC is actually better than Hornady says, or I was getting more velocity. Either way, they have the reach.

Center to center is harder to measure accurately on steel splatter than paper, but we ended up with right around a 10 inch group. I can also speculate that the one out was likely shooter error, not bullet, since the horizontal spread remained about 4 inches. And without the dropped shot, the group would have been too good to report. 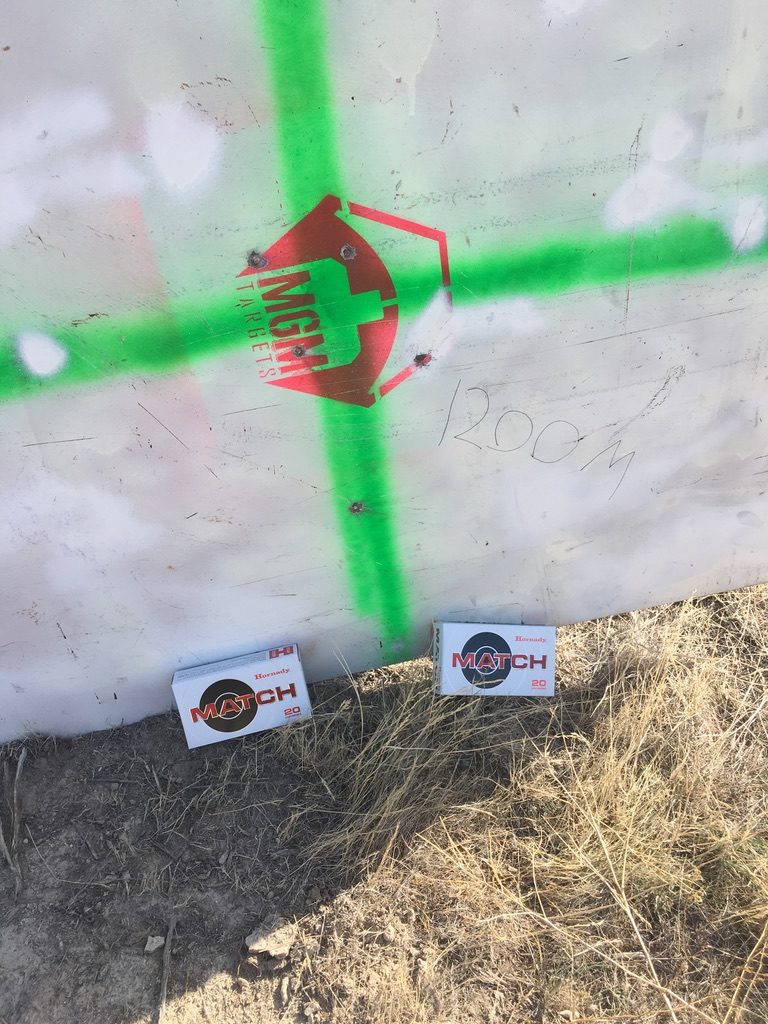 So we have a new long range option, and I am happy to see it. For right now, Hornady is king of the Valkyrie hill. Is this a cheap shot at Federal? Nope. I have a feeling the 90 grain Gold Medal will be back soon, and with a vengance. Possibly with some backup across the heavy spectrum. But so long as Hornady and Federal slug it out in caliber, one person wins every time. You, the consumer.

Next post: New Slimline Glocks Getting Rails… At Least in the EU