Yes, the title is clickbait… kind of. H&P Manufacturing produces a suppressor that is literally called the “Ugly Suppressor” and honestly, it really is. However, there is a lot of science that went into their design as can be noted by the different flow path that the hot gasses are forced to take. The basic idea that most suppressors function off of is to slow down and cool the hot gasses exiting the muzzle of a gun in order to slow their rapid expansion which leads to the “bang” that is heard. This suppressor design also allows the overall length of the gun to remain shorter than with a conventional suppressor. 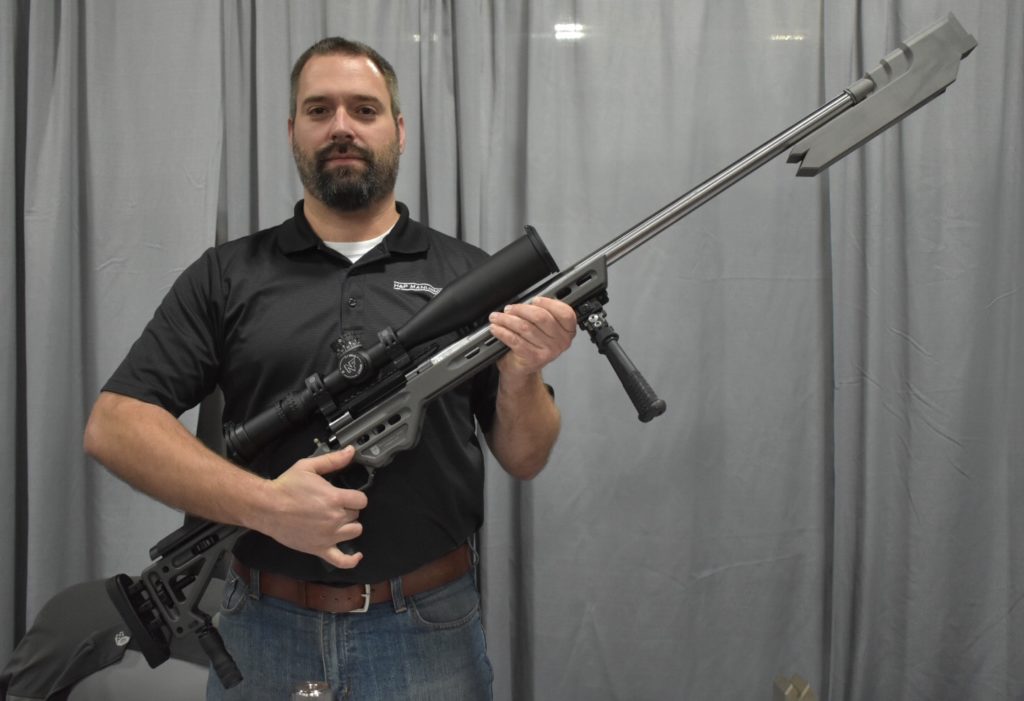 The Ugly Suppressor made by H&P Manufacturing is unlike any other suppressor design out there.

One reason that the Ugly Suppressor is so cool is because the gasses are not designed to stay trapped within the suppressor itself. Instead, the gasses flow through an elongated path which allows them to cool without generating extra back pressure. This suppressor design is perfect for semi-auto guns because the ejection speed is not affected by a pressure spike. Naturally, there are 3 different sizes that this can comes in; 223, 308 and 338 caliber. As the can’s muzzle diameter increases, the internal volume also increases in these different models. 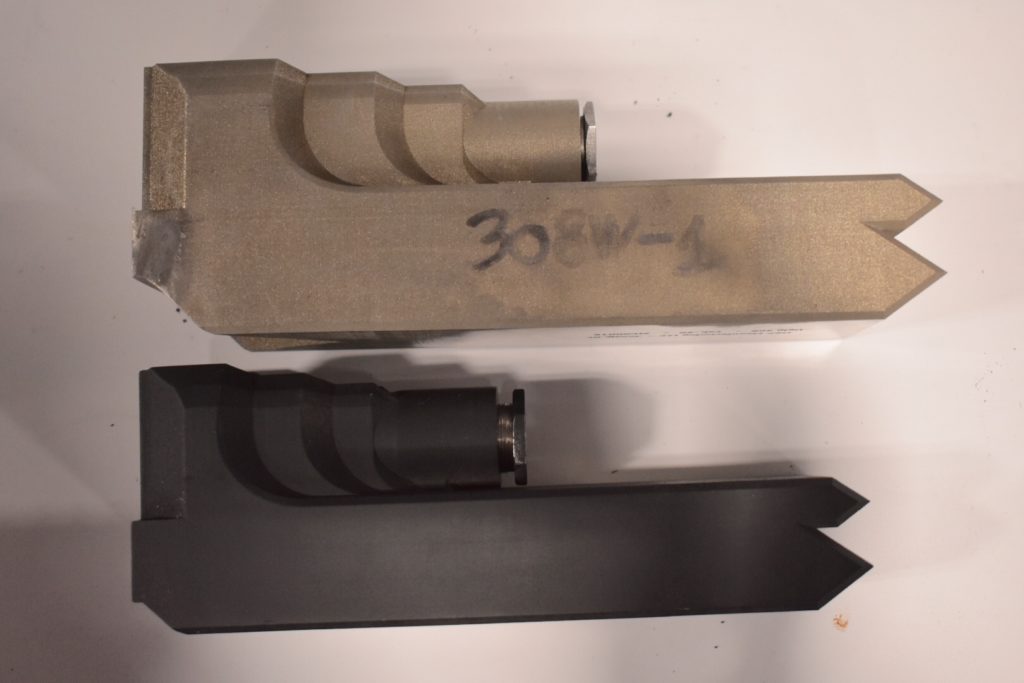 The Ugly Suppressor comes in 3 different flavors, here is the 308 and 223 version. The 338 can (not shown) is the biggest of them all naturally.

The Ugly Suppressor is rather light due to it’s titanium construction. These suppressors are made in a 3d printing fashion in order to form the complex structures that are designed internally which cannot be machined through conventional methods. Due to the one piece design, these suppressors are also extraordinarily strong. 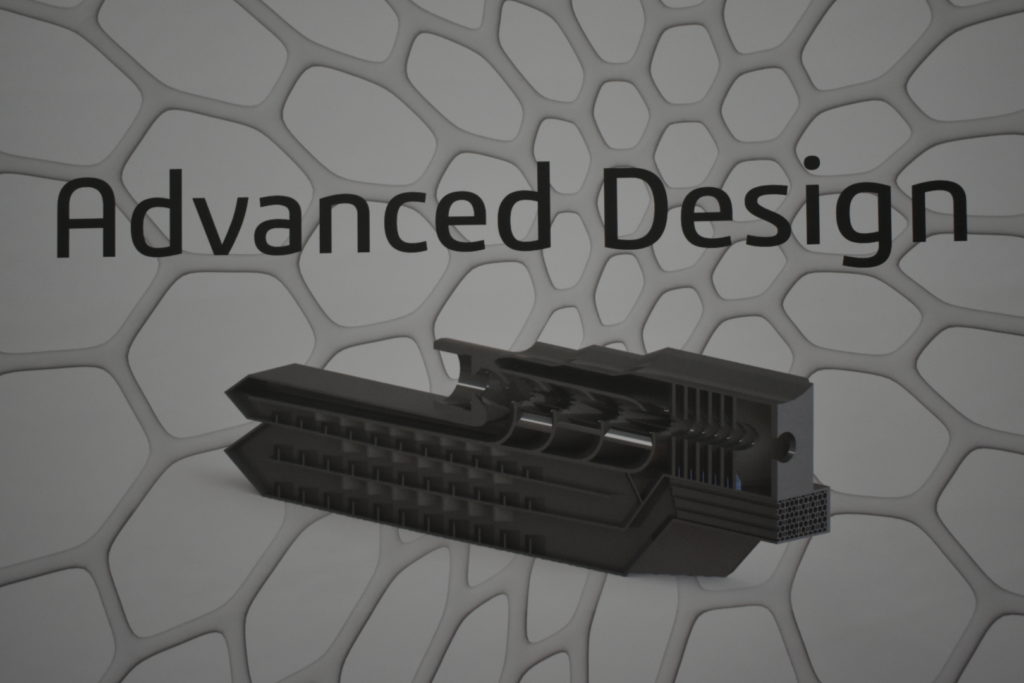 the inside design of the Ugly Suppressor is kind of wild, as you can see.

Because the Ugly Suppressor is so new there has not been extensive sound meter testing done but I was told by H&P Manufacturing that when used with the caliber that the can was designed for, the user can expect a sound reading of mid 130 decibles. Overall, this suppressor may be “ugly,” but it is effective and serves the purpose that it was intended for well. 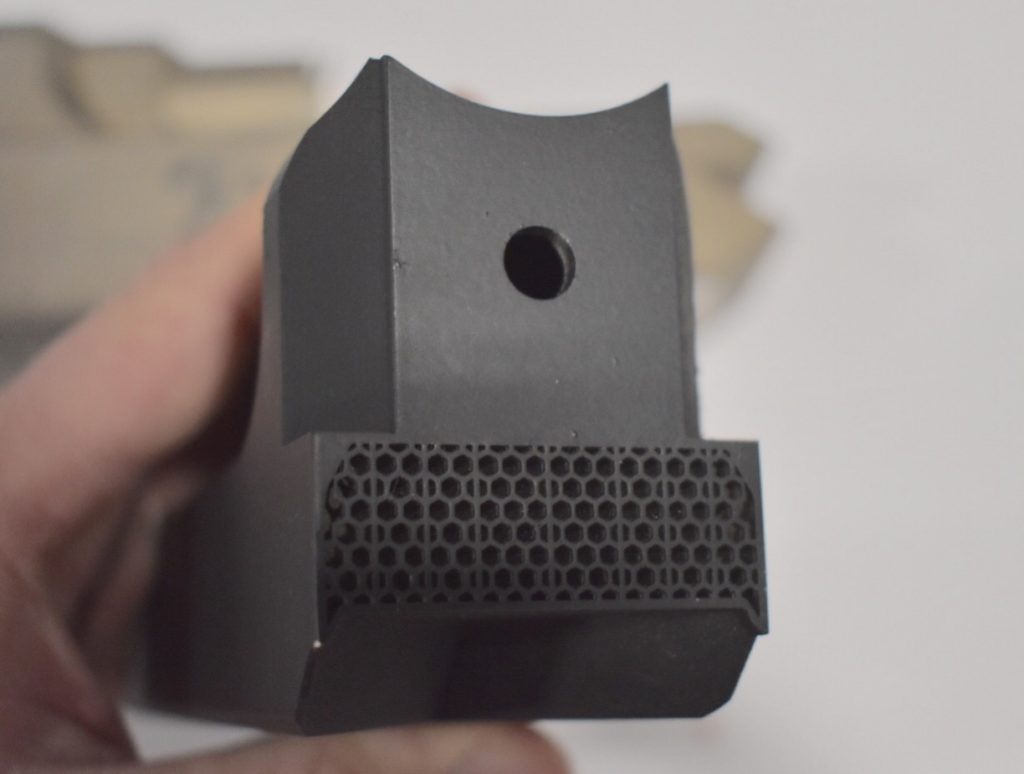 The front end of the Ugly Suppressor. Gasses exit below the muzzle. 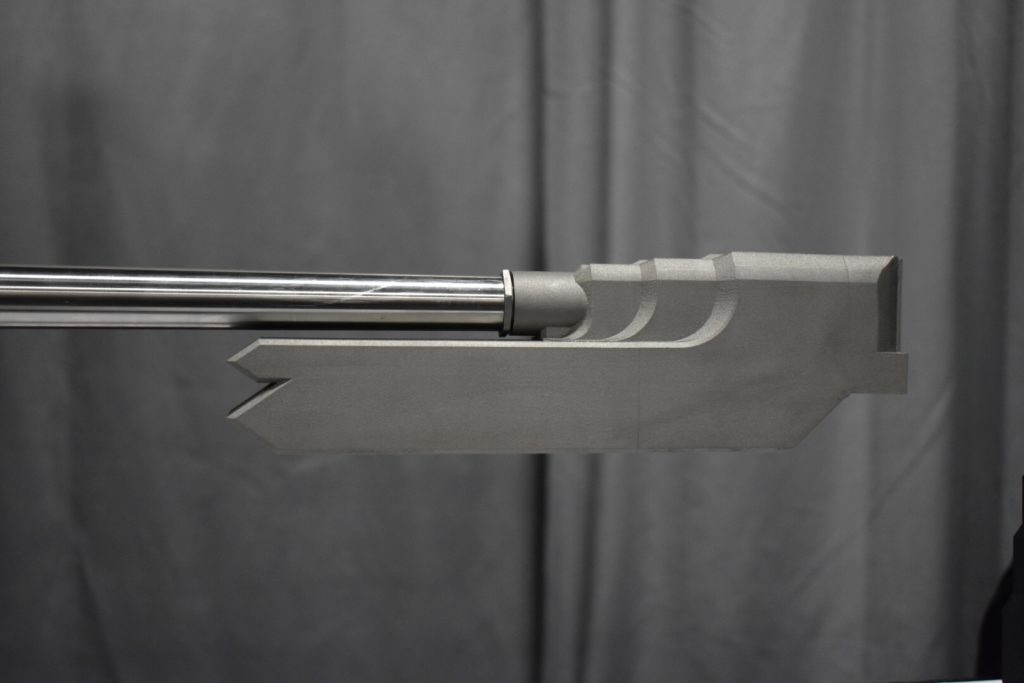 A self-timing system is included in order to clock this suppressor on the muzzle. 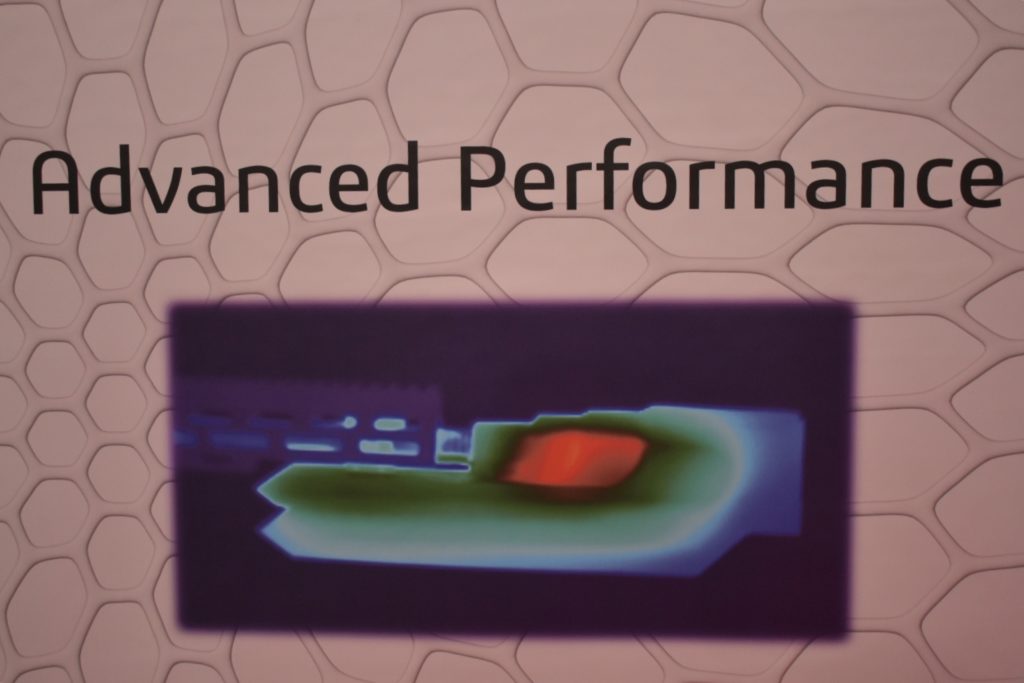