Husband Allegedly Abuses Wife for Years, So She Kills Him in Self-Defense 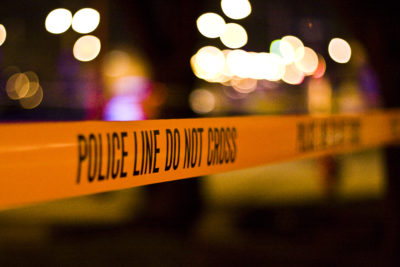 Police aren’t releasing the name of the woman who shot and killed her husband in self-defense over the weekend. (Photo: Wikimedia Commons/Tony Webster)

The wife of a first-year law student at Tulane University shot and killed her husband earlier this week after she claims he tried to beat and strangle her. She told deputies that the abuse has been going on for years, and she has not been charged with a crime.

The woman, who has not been named, “was able to provide a significant amount of corroborating evidence to back her statements,” the Jefferson Parish, La., Sheriff’s Office told local media. She feared “that years of abuse would culminate in” her death.

The woman called 911 just before 9 p.m. on Friday saying she had shot her husband, 27-year-old Ian Mastin. Deputies found Mastin’s body with multiple gunshot wounds, and he died at the scene.

The woman was taken into custody and interrogated, but the Sheriff’s office says she cooperated with investigators and “provided a detailed and well-documented history of physical and psychological abuse” along with “multiple physical injuries that corroborated her account.”

She had not previously disclosed the abuse to law enforcement, friends or family.

Tulane University Law School confirmed that Mastin was a law student in his first year. In an email to students, Dean David Meyer expressed “profound sorrow” at Mastin’s death and stated, “while we do not yet know all of the circumstances, our hearts go out to those affected by this terrible tragedy.”

The case has been moved to the Jefferson Parish District Attorney’s Office, which will decide whether to file criminal charges. Attorney Richard Ducote told 4WWL that the DA may decide to put the case before a grand jury for “additional assurance” that no crime was committed.

But if evidence proves she was acting in self-defense, she has the right in Louisiana to defend herself.

“There’s no question that if she was in fact being strangled and there is evidence to support that then the law recognizes her right to use deadly force to protect herself under those circumstances,” Ducote said.

Neighbors of Mastin and his wife told 4WWL that the couple mostly kept to themselves.

“I never saw them,” said a neighbor who told reporters her name was Sandra. “Just a few days walking the dog and that’s it.”

“It’s very sad to hear that this can happen and the abuse was going on and you don’t even know it,” she said.