Jordan Peterson on Self-Defense: ‘You need to be dangerous’ 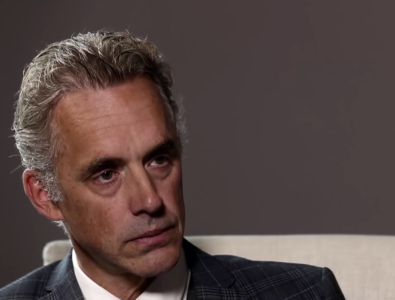 Dr. Jordan Peterson, a clinical psychologist, and a professor of psychology at the University of Toronto. He is also the author of the best-selling book, “12 Rules for Life: An Antidote to Chaos.” (Photo: GQ)

If you’re at all intellectually curious nowadays you can’t help but to run into the writings and online lectures of Dr. Jordan Peterson. A clinical psychologist and professor by trade, Peterson is the author of the smash hit, “12 Rules for Life: An Antidote to Chaos.”

What makes Peterson, who is Canadian by the way, stand out from his peers is that he is not a functionary of the Leftist cabal that reigns over academia. In other words, you won’t find him advocating for Nanny State solutions to right the wrongs of humanity, e.g. We need to destroy the tyrannical patriarchy! We need equality of outcome!

Now you know why the radical Left hates Peterson. Nothing undermines the growth of the Nanny State more than championing self-reliance in the individual. What’s fascinating is that Peterson’s injunction to be competent cuts across all facets of life.  It’s not enough to be a successful attorney or a good friend, one must also develop the skills necessary for personal protection.  You need to be a competent combatant.

“The forces of tyranny expand inexorably to fill the space made available for their existence. People who refuse to muster appropriately self-protective territorial responses are laid open to exploitation as much as those who genuinely can’t stand up for their own rights because of a more essential inability or a true imbalance in power,” wrote Peterson in his book “12 Rules for Life.”

People who fail to take an active role in sticking up for themselves will be taken advantage of. Plain and simple. But the insight doesn’t stop there.

“Naive, harmless people usually guide their perceptions and actions with a few simple axioms: people are basically good; no one really wants to hurt anyone else; the threat (and, certainly, the use) of force, physical or otherwise, is wrong,” Peterson continued.

“These axioms collapse, or worse, in the presence of individuals who are genuinely malevolent. Worse means that naive beliefs can become a positive invitation to abuse, because those who aim to harm have become specialized to prey on people who think precisely such things,” wrote Peterson.

Bad people target weak individuals precisely because they’re weak. That may be obvious. Bullies have been around forever. But what’s revelatory is that otherwise capable individuals will render themselves victims if they subscribe to the notion that it’s good to be harmless.

You see where I’m going with this? The fundamental goal of the anti-gun lobby is to convince each citizen that guns are dangerous (and, ergo, a scourge to the individual) and that one’s personal safety is best left to Big Brother. In short, the citizen should slouch toward harmlessness.

How often have we heard over the years? No one needs an AR! They’re weapons of mass destruction! They’re dangerous!

Right. They are dangerous.  And that’s exactly why we need ‘em.

As Peterson said in a recent GQ interview, “You need to have the capacity for danger. You need to be dangerous. But you need to learn how to not use it except when it’s necessary. And that is not the same thing as being harmless. Harmless, that’s a terrible virtue. It’s like a rabbit. There’s nothing virtuous about harmlessness. It just means you are ineffectual.”

In all honesty, I don’t know where Peterson stands on the AR issue specifically. He’s discussed it in an oblique way in this video on Youtube. As for gun ownership in general, though, his position is as clear as day. He is pro-gun because he recognizes that violence (or the use of force) is a universal language. It’s a form of communication that is intelligible to everyone, from the street-corner bully to the crazed would-be mass killer. To learn not to speak it is to set oneself up for victimhood.

Next post: Kimber Gets into the Striker-Fired Game with New All-Metal EVO SP