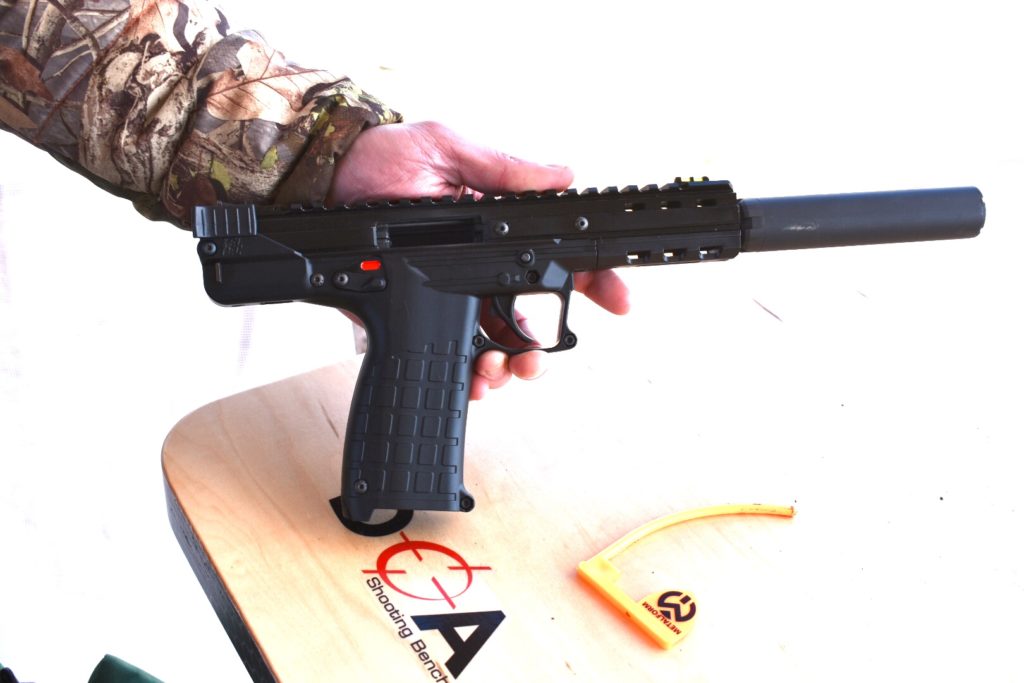 The CP33 is a strange looking handgun in comparison to most, but it’s a pleasure to shoot.  And accurate to boot.

Kel-Tec’s new CP33 is easily one of my favorite handguns of Shot Show 2019 for two cool reasons.

First, it is bizarre.  Second, it’s an absolute blast to shoot! Chambered for .22 Long Rifle, this pistol is able to hold 33 rounds of ammunition in a flush fitting magazine due to the unique way the bullets stack. The gun also has a 50-round magazine available that is just 2 inches longer.

This is the largest non-drum magazine for .22 LR that I am aware of. This goofy looking pistol may look familiar because it is based on the CMR-30 design, but I can assure you that it is very comfortable to hold and operate. Also, you will notice that this gun is a hybrid mix of mainly polymer and aluminum.

The CP33 is a pistol designed with the competition shooter in mind – CP is for Competition Pistol. There are reports of this handgun being able to cloverleaf rounds with open sights at 25 yards, which I believe after shooting it for my self.

The gun has minimum recoil for a semi-automatic pistol and the trigger is fairly good with an advertised pull weight of 4-6 pounds. The CP33 has a sight radius of 9.5 inches which can be the reason why it is so easy to shoot accurately with iron sights. 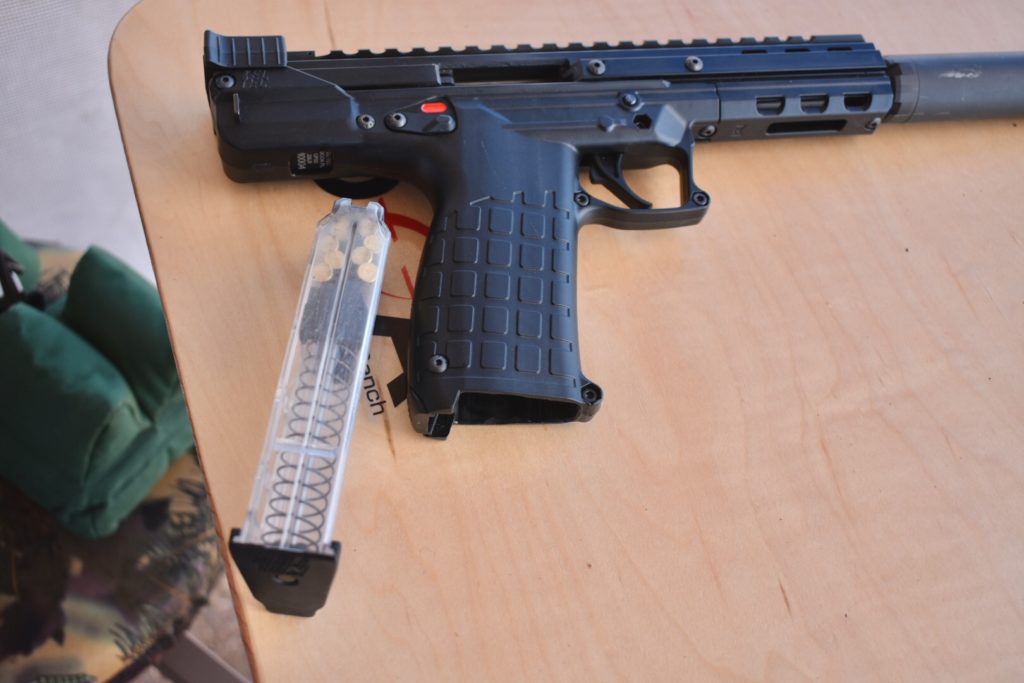 The quad stack magazine (which is best appreciated from this view) is truly an accomplishment, and I am happy to report that it ran flawlessly.

However, you do not have to just use iron sights because of the full-length Picatinny rail that runs along the top of the pistol which allows you to mount nearly any kind of optic.

The bolt on this gun locks back on the last round and is released with the slide release on the left side of the gun. The ambidextrous charging handle is in the back, similar in fashion to an AR-15’s.

It is non-reciprocating and seems to have a good gas seal so that hot gasses don’t escape toward the shooter’s face when firing suppressed. The heel magazine release is found at the bottom of the grip and seems to be able to reliably hold magazines in place during use. 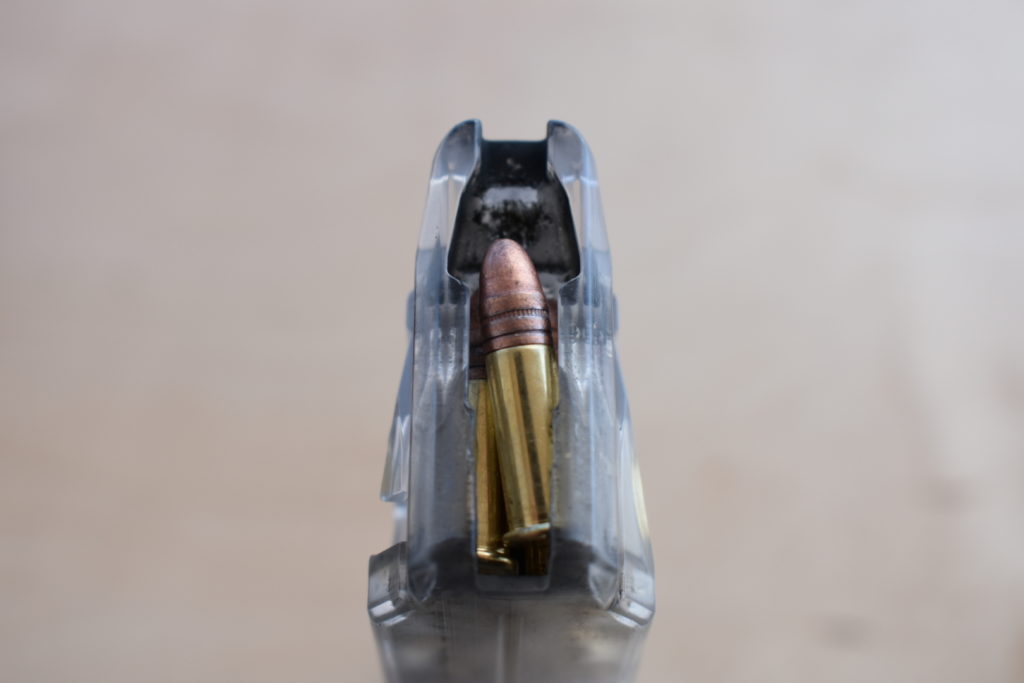 Another look at the magazine.

The CP33 is a gun that I would love to add to my collection. Prospective buyers are getting a gun that is cheap to shoot, has light recoil and a nearly endless supply of ammunition.  33 rounds!!!

This gun operated reliably at Range Day.  We observed no hiccups.  And this is after firing hundreds if not thousands of rounds. Did I mention the best part? The MSRP:  $475.

The CP33 is currenlty shipping from Kel-Tec. 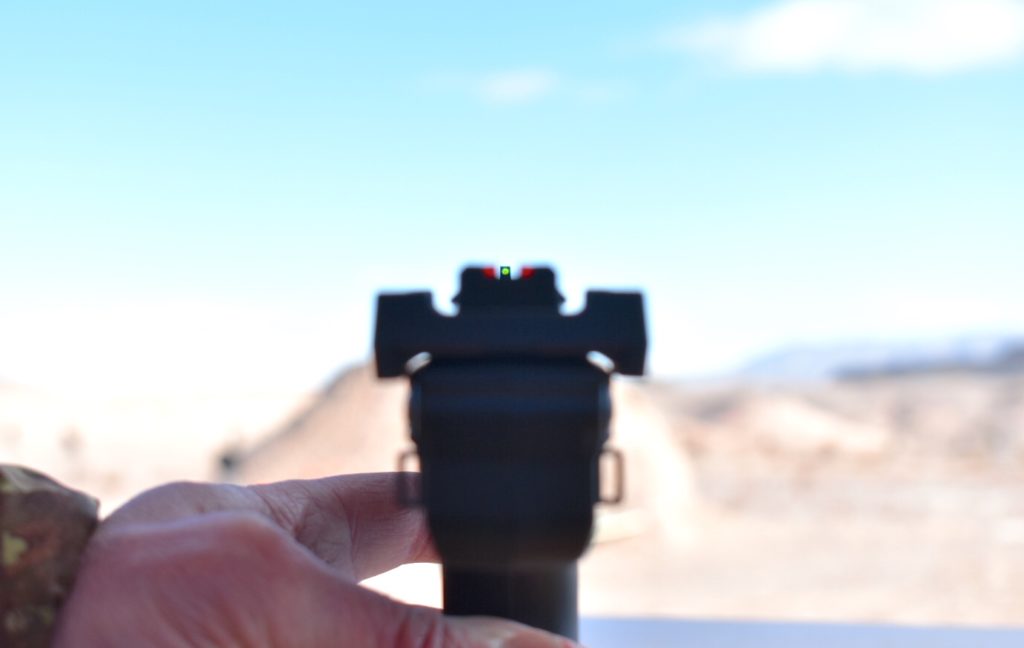 The fiber optic sights that are included on this pistol make for a great shooting experience.