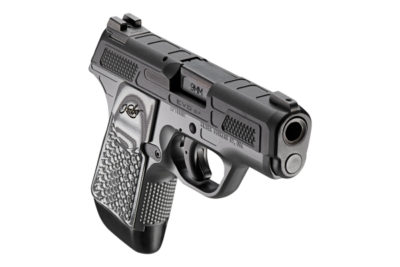 The EVO SP is available in four color patterns, including the CS, shown here.

Kimber announced this week their new product lineup for 2019, and along with small tweaks to their usual fare, the company offered something totally new: an all-metal striker-fired 9mm handgun they’re calling the EVO SP.

The EVO SP departs from the 1911-style handguns and revolvers the company has historically produced, but Kimber says it’s ready for the real world.

The handgun is machined to the “tightest allowable tolerances” and survived “multiple iterations of hands-on human factors testing to ensure the best possible user experience before finalizing the design,” according to the spec sheet.

The all-metal construction adds durability without sacrificing weight. At just 19 ounces, the EVO SP weighs the same (and even less) than other handguns on the market tailored to the concealed carry crowd. Springfield’s XDS Mod.2, for example, weighs 21.5 ounces, and Smith & Wesson’s Shield weighs 20.8 ounces.

Magazine capacity and overall length are comparable as well. The EVO SP ships with two 7-round magazines, and measures 6.1 inches, both standard for the category. 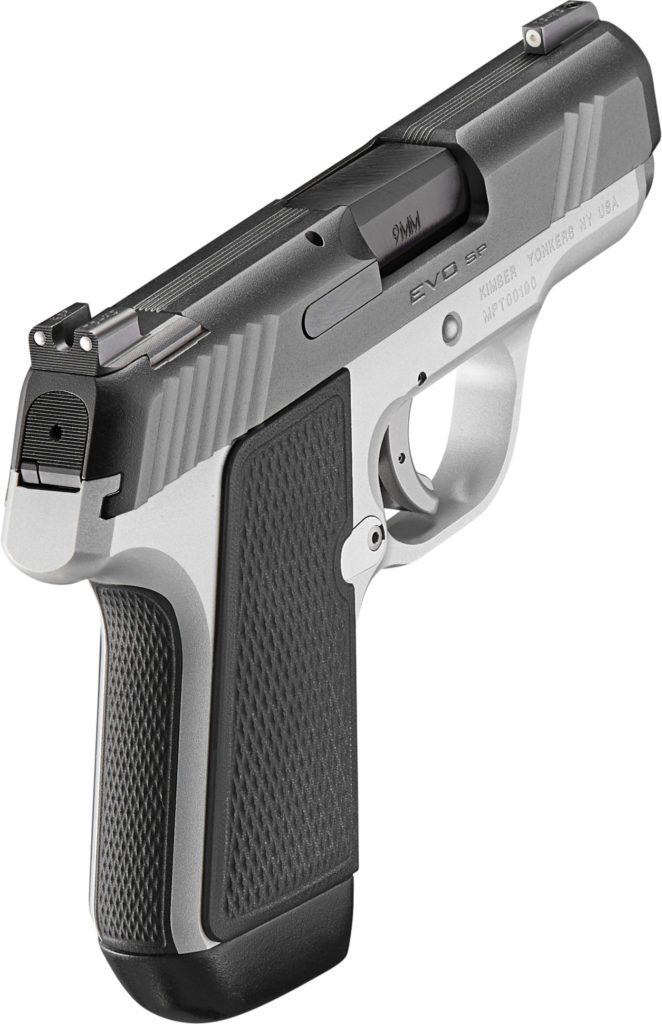 This is the Two-Tone, the least expensive of the new lineup. 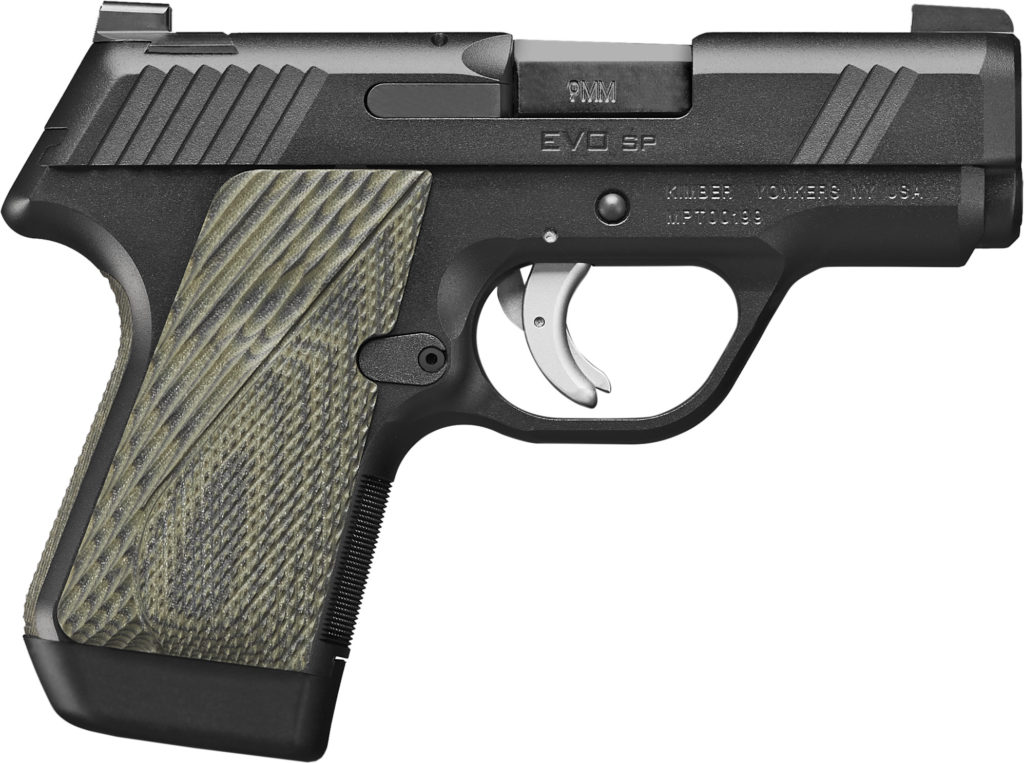 This is the EVO SP TLE.

The price, unfortunately, is less comparable to other striker-fired subcompact handguns. Kimber offers four color combinations, and they range in price from $856 MSRP for the basic Two-Tone to $1,047 MSRP for the sleek, stylized CS. Real-world prices are usually $80-$100 less than MSRP, but that’s still a far cry from what you’ll pay for an XDS or a Shield. 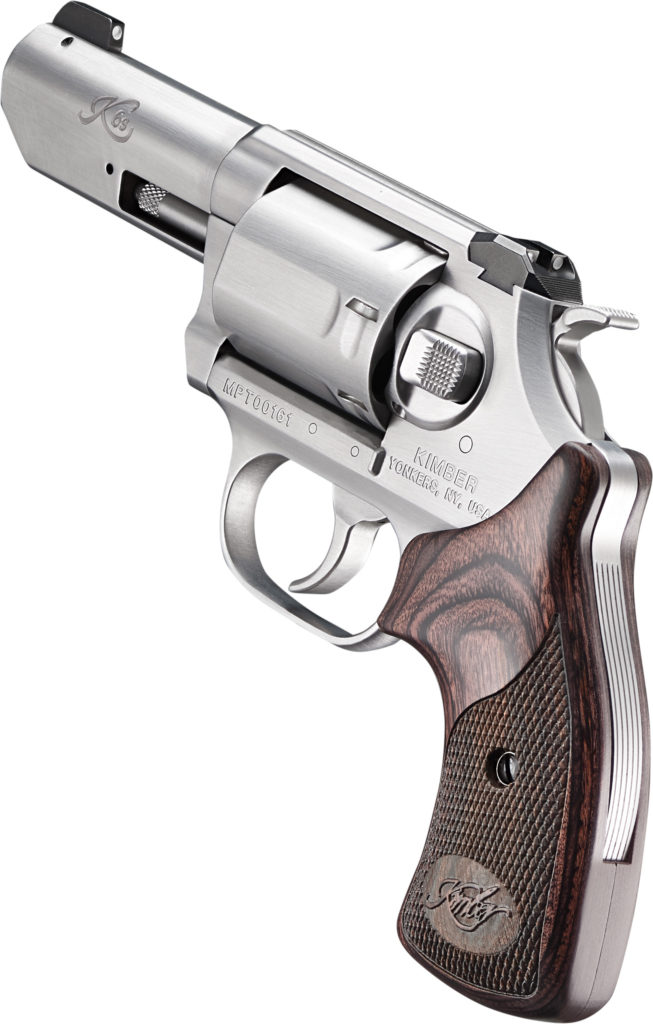 The new K6s DASA is available with a 2-inch or 3-inch barrel.

Kimber’s ever-popular Micro 9 lineup also got a new family: the ESV. The ESV (Black) and ESV (Gray) feature ported slides and a Titanium Nitride (TiN) finish on the Black, and rose copper Titanium CarboNitride (TiCN) finish on the Gray. The KHX finish comes to the Micro 9 platform this year, and like Kimber’s full-size 1911s, this Micro 9 has the same Hogue G-mascus grips, fiber optic sights, and hexagonal serrations. 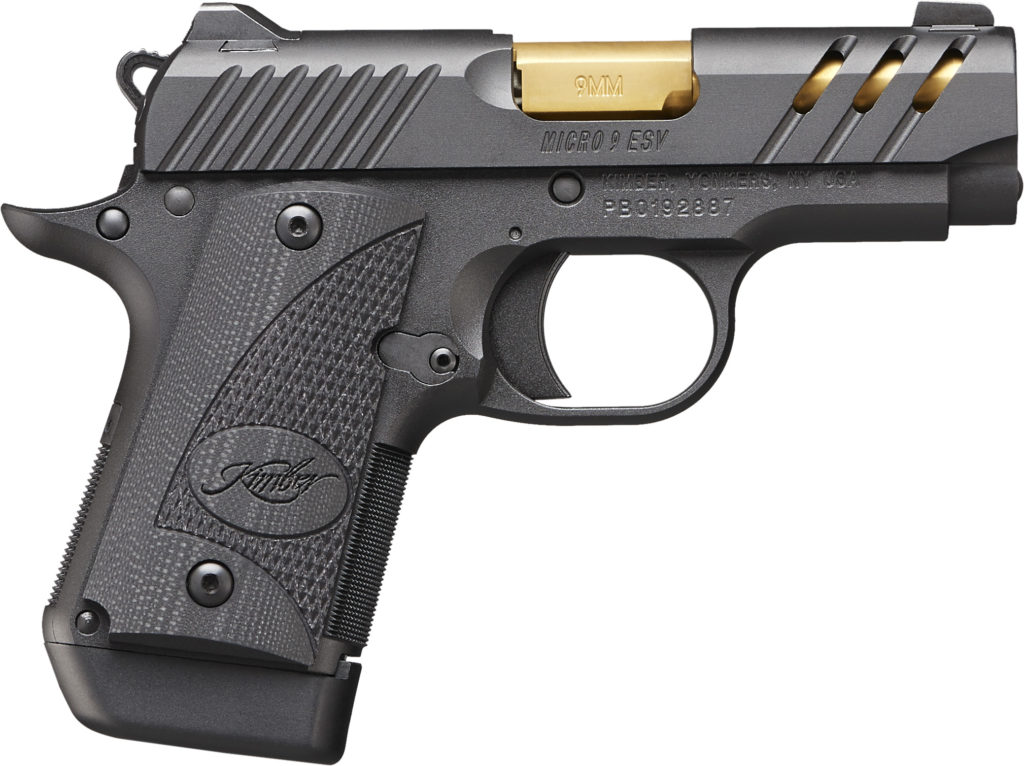 The slide serrations in the new Micro 9 ESV cut weight and show off the Titanium Nitride finish underneath.

In the rifle world, the Mountain Ascent got an additional patterned model in the Subalpine, and the popular 6.5 Creedmoor chambering comes to the Hunter (Boot Campaign) model.

You can check out spec sheets on all of Kimber’s new models here. Also be looking for a full review of the EVO SP on GunsAmerica in the coming weeks!

Previous post: Jordan Peterson on Self-Defense: ‘You need to be dangerous’