Author’s note—This article is part of an ongoing series on Allied small arms of World War 2. In each installment, we will endeavor to explore the humanity behind the firearms with which Allied combatants defeated the Axis powers. General George Patton once opined, “Wars may be fought with weapons, but they are won by men.”In this series, we will investigate both the guns and the men behind them in the context of the planet’s bloodiest conflict.

On an arid December afternoon in 1941, a motley three-vehicle convoy motored down a congested road in the Libyan Desert headed toward a roadhouse at Mersa Brega. The lead vehicle was a captured Italian Lancia truck. The two trail vehicles were filthy dust-covered British lorries. Filling all three vehicles was a combat patrol led by a hardened British soldier named Jock Lewes.

Lewes was an officer in a new sort of combat unit. Formed mere months earlier by an unconventional upstart British Lieutenant named David Stirling, this unit was tasked with sowing chaos and violence behind the lines of Erwin Rommel’s feared Afrika Korps. The motley group of misfits that made up this odd organization called themselves the Special Air Service. The British SAS ultimately changed the way the world fought wars. 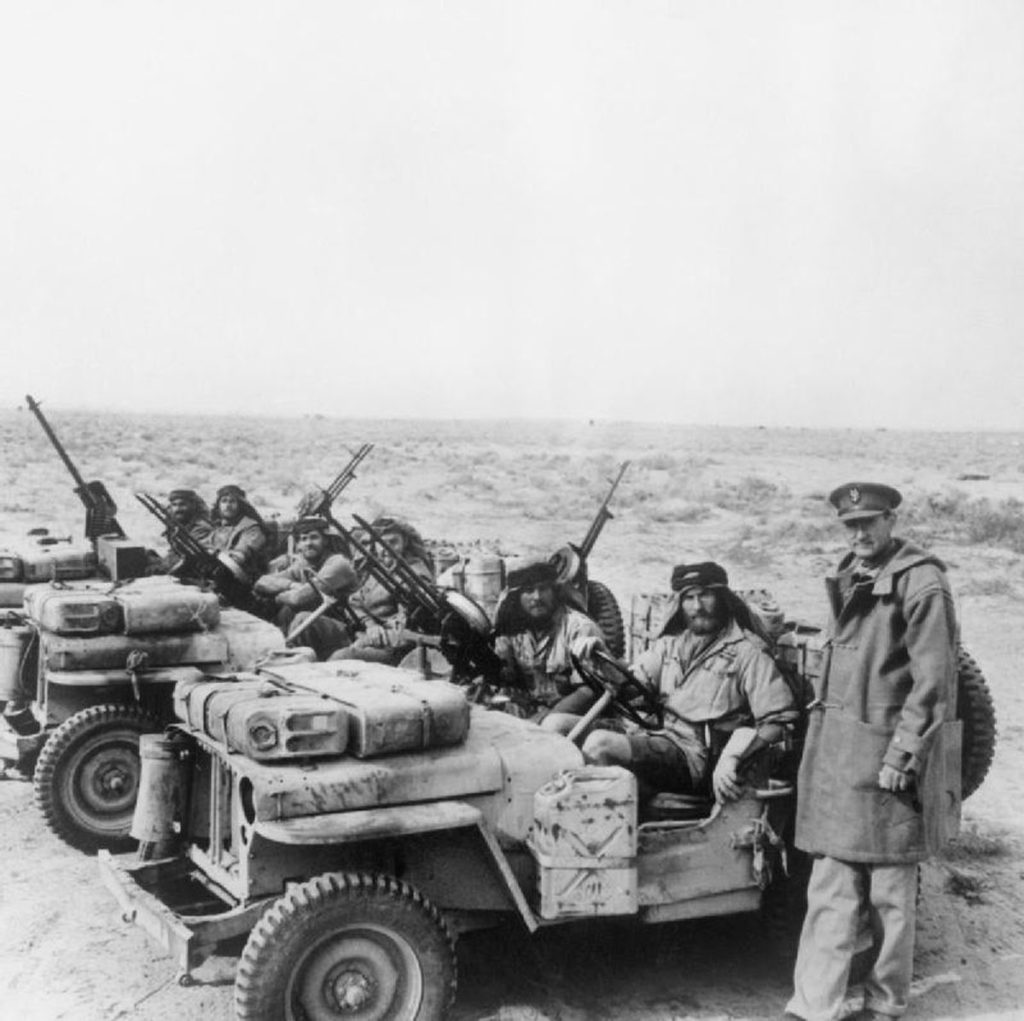 The British SAS got its baptism of fire during the pitiless combat with Erwin Rommel’s Afrika Korps in the North African desert early in World War II. The unit’s charismatic founder David Stirling is shown standing beside the jeeps.

The road was crowded this day with German and Italian vehicles motoring back and forth performing the myriad logistical chores necessary to keep a modern army on the move and fighting. Captured vehicles had been pressed into service by both sides, so the parentage of the trucks in this small group caused no undue concern. The uniforms of the men crewing these vehicles were so ragged and dirt-encrusted as to remain comparably anonymous. 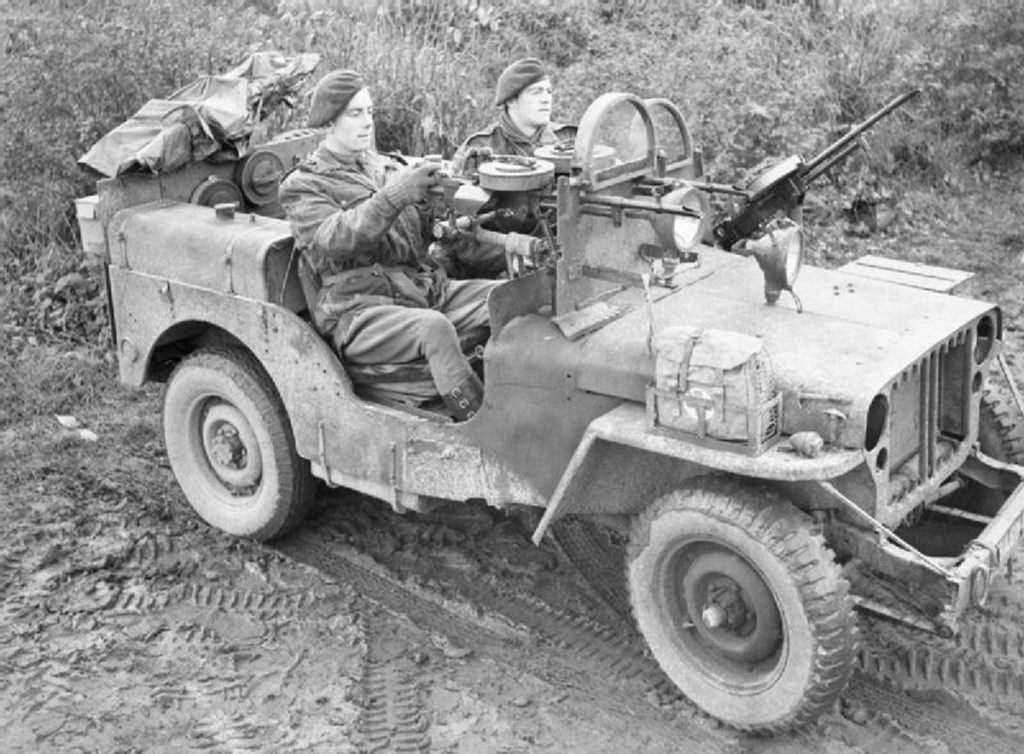 The British SAS changed the way the world fought wars. Many of these early special operations warriors preferred the reliability and firepower of the Smith and Wesson M1917 .45ACP revolver to that of lesser handguns. 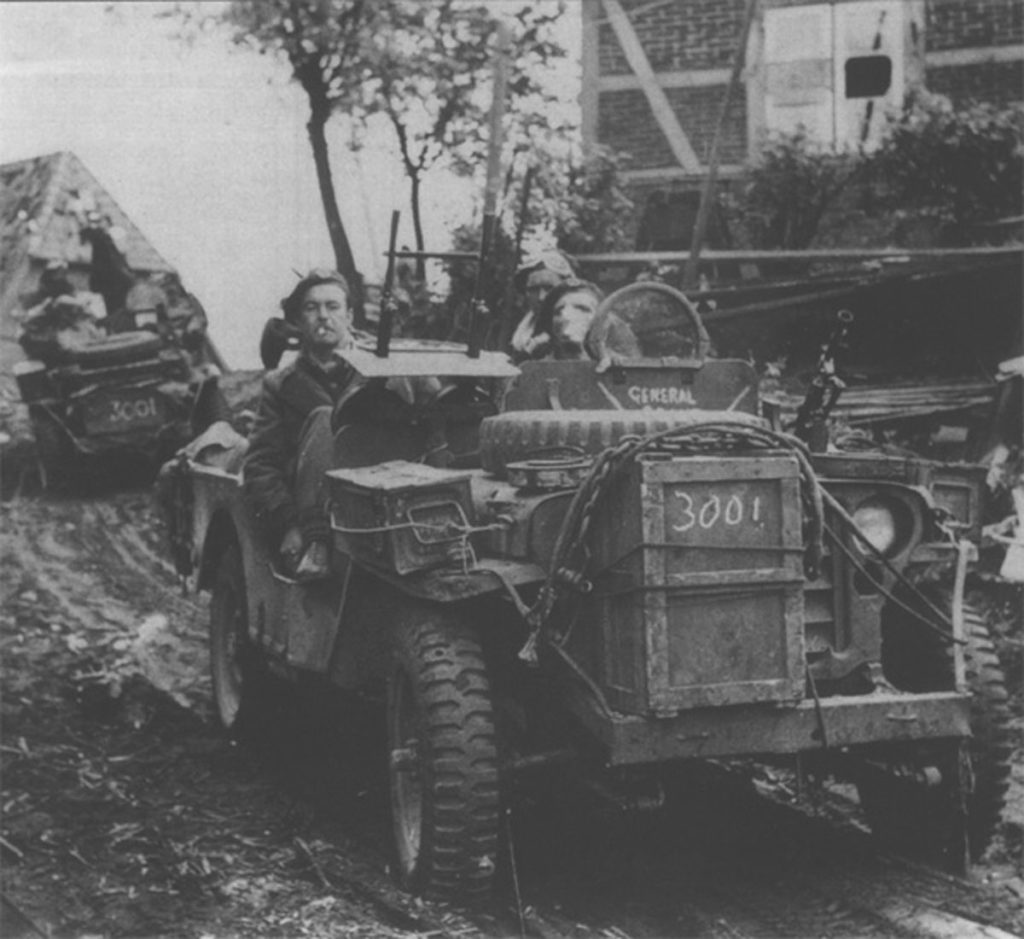 The small SAS convoy pulled up to the Mersa Brega roadhouse right at dusk to find some forty-seven Axis military vehicles laagered there for the night. The SAS operators fanned out among the many German and Italian military trucks, most of which were occupied by enemy troops, and casually placed Lewes bombs in and around them. Lewes bombs were home-brewed SAS contrivances that combined a modest bit of high explosive with a time pencil that detonated the payload a certain specified period later. These time pencils were usually but not always predictable. 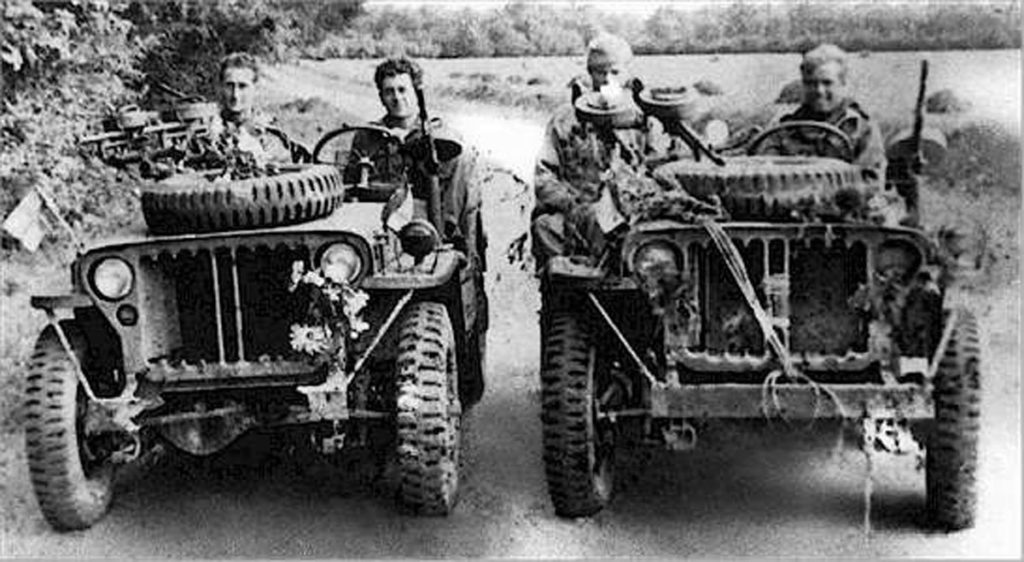 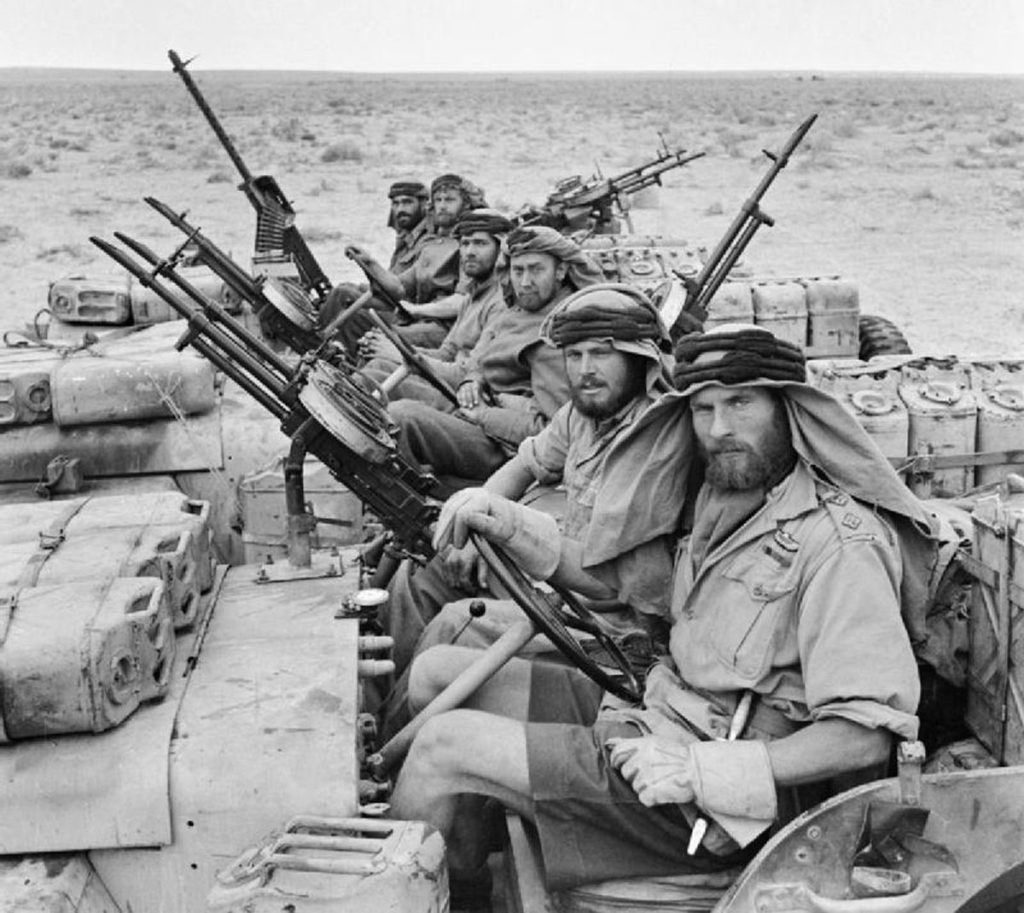 British time pencils were staples of unconventional warfare during World War II. These compact cylindrical devices consisted of a spring-loaded striker held in check by a piece of wire. One component of the device contained a small vial of acid that could be broken with a pair of pliers. Once the acid came in contact with the wire it ate away the material at a theoretically predictable rate. The larger the caliber of the wire, the longer the delay. Once the wire failed the striker was released to activate a blasting cap that detonated the bomb’s payload. In the days before reliable solid-state timers these time pencils represented the state of the art. 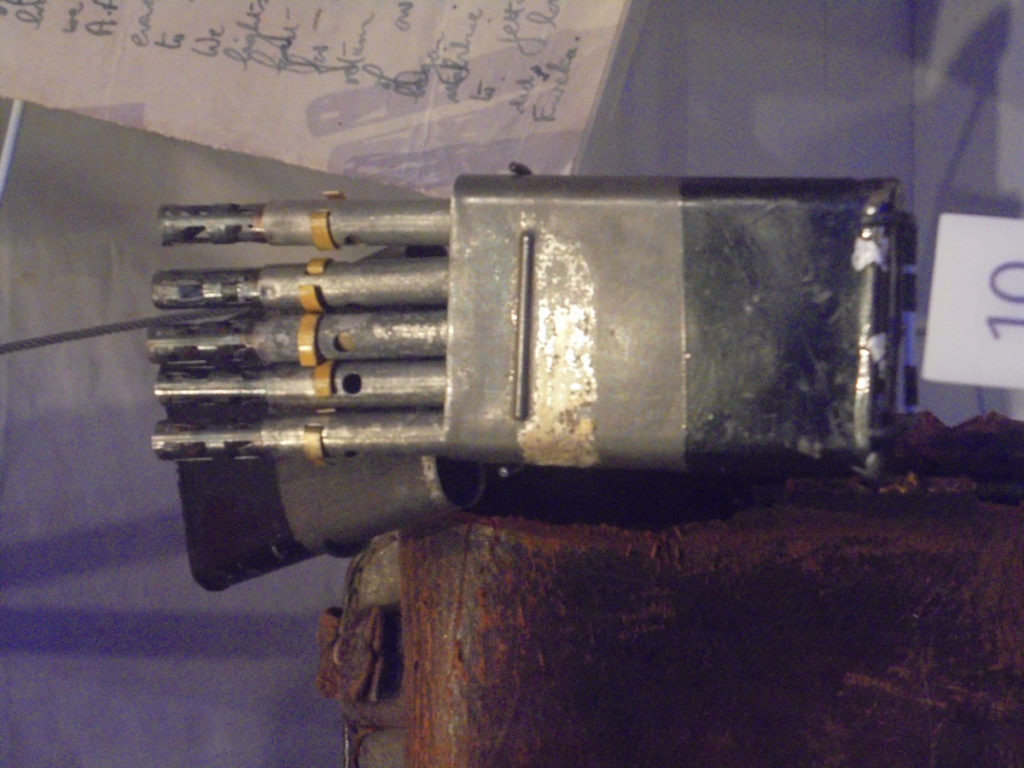 A hapless Italian soldier approached Lewes and asked him for a light. This luckless driver was taken prisoner and roughly bundled into the back of one of the British vehicles. The man had to be gagged to suppress his uncontrolled weeping.

One of Lewes’ men named Dave Kershaw opened the door to an Italian truck in preparation for planting a bomb only to be greeted by a gunshot from the driver that missed him by mere inches. Blinded by the muzzle flash, Kershaw reflexively drew his M1917 .45ACP revolver, placed it to the bridge of the Italian soldier’s nose, and squeezed the trigger. The heavy .45-caliber bullet split the unfortunate man’s head open like a piece of fruit, killing him instantly.

This shot precipitated a one-sided gun battle that ran for another twenty minutes. Before the engagement was complete the SAS troopers had wrecked the roadhouse, killed upwards of twenty German and Italian soldiers, and detonated thirty-eight bombs on the various Axis trucks, one of which was brimming with incendiaries. They even inadvertently shot up a garish Italian truck with blacked out windows that they were later told was a rolling Italian military brothel.

The British SAS in World War II enjoyed great latitude in personal weapons. The M1928 Thompson was popular as was the M1917 revolver.

The SAS pioneered deep penetration special operations missions. These early special operators were offered great latitude in the equipment they used and the weapons they carried. While American M1928 Thompson submachine guns were popular primary long guns, the troopers’ sidearms spanned the spectrum. British Webley revolvers were common as were 1911A1 Colt pistols provided by the Americans along with the Tommy guns. For inimitable close range firepower and unquestionable reliability in the harsh Libyan Desert, however, nothing beat the Smith and Wesson M1917 revolver.

The S&W M1917 .45ACP revolver was a militarized version of their civilian Second Model Hand Ejector. The resulting handgun was massively powerful and utterly reliable. 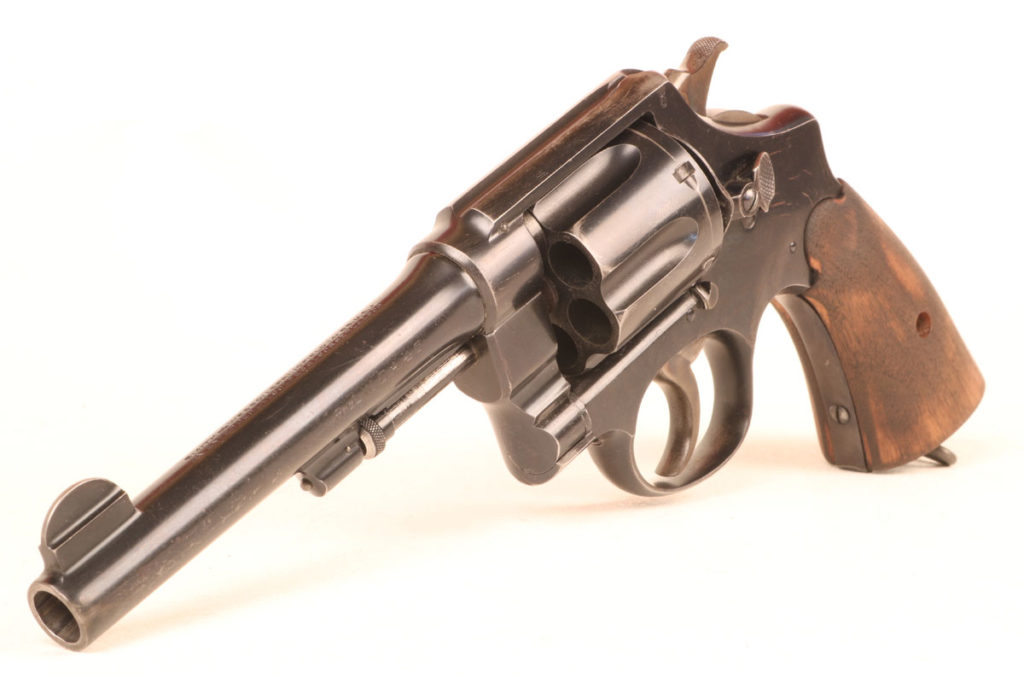 The M1917 revolver came into being in 1917 as a result of the exigencies of World War 1. The M1911 pistol was the finest combat handgun in the world at the time, but even with several companies operating at peak production supply could not keep up with demand. As a stopgap measure, the US Army contracted with both Colt and Smith and Wesson to adapt their large frame civilian revolvers to fire rimless .45ACP rounds for military use. Each company ultimately produced about 150,000 copies.

Rimless rounds like the .45ACP headspace on the case mouth rather than the rim. This means that the chambers of these guns could be cut to accommodate the geometry of these rounds, but there yet remained no reliable method for extraction of empty cases. The solution to this quandary came via the gifted insights of a Smith and Wesson engineer named Naomi Alan. Alan developed the lightweight disposable spring steel half-moon clip. Alan patented the design but allowed Colt to use it free of charge in support of their military version of the M1917.

The S&W M1917 was a militarized adaptation of their Second Model .44 Hand Ejector. This gun was designed from the outset to accommodate moon clips and included a lanyard ring on the butt. S&W had already supplied modified versions of this pistol chambered in .455 Webley for use by the British when production of Mk VI top-break revolvers was inadequate to meet wartime demands.

The Colt and S&W versions of the M1917 were functionally identical with one major exception. Breaking the action on the Colt gun involved pulling the cylinder release backward. The S&W design had to be pressed forward. Early Colt guns were not reliable in the absence of a moon clip. S&W pistols were designed from the outset to headspace on the case mouth so they were comparably reliable both with and without the clips in place. In the absence of a moon clip the star-shaped extractor lacked purchase, so empties had to be manually pressed out using a dowel or pencil. 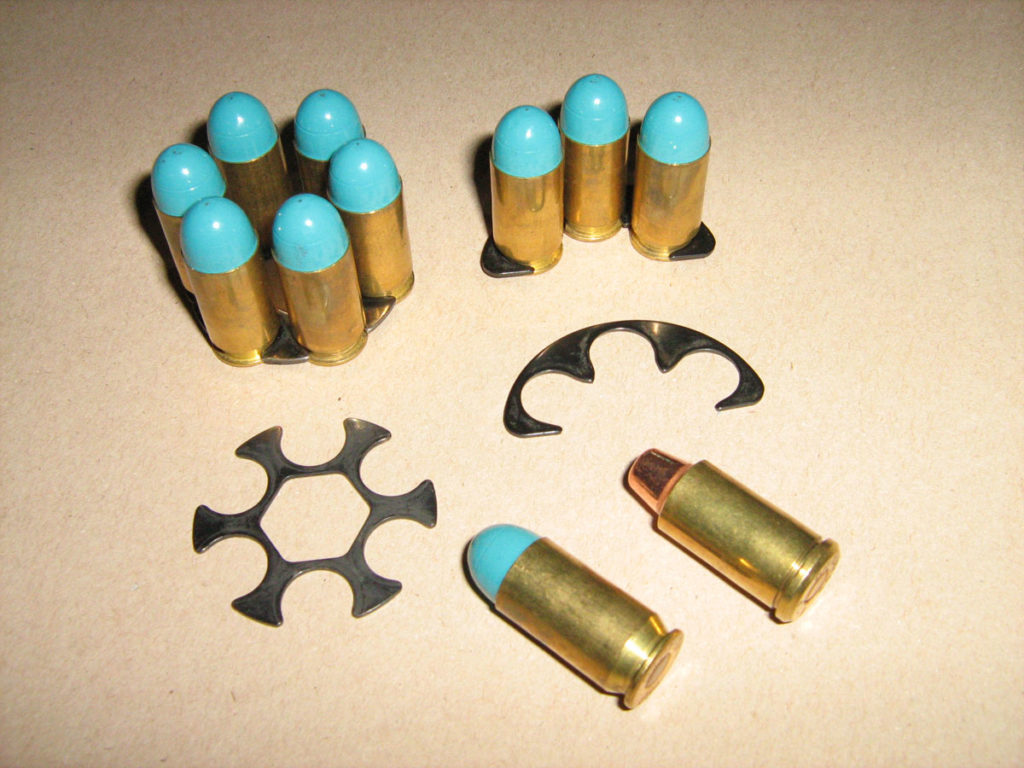 Moon clips came in both 3 and 6-round versions. They are a bit tough to fill but remain fast in action.

Moon clips are tedious to charge but fast in action. Reloading simply involves breaking open the action, pressing the ejector to remove all six empties, and then dropping in a fresh clip or two. Full moon clips carry six rounds. Half moon clips pack three.

The double action/single action trigger found on all S&W revolvers is absolutely divine. The single action version lends itself to proper accuracy, while the double action variant offers consistency and safety. With a little practice, the gun is monotonously accurate in either mode.

Recoil is present but not unpleasant, and the beefy nature of the design keeps muzzle flip in check. The fixed sights are remarkably ample for the day and more than adequate for fast work at close quarters. These guns were finished in the same gorgeous deep blue that characterized S&W civilian pistols, though some were Parkerized later during the military rebuild process.

The British SAS in World War II used these three handguns primarily. From left to right are the M1911A1, the British Webley, and the M1917.

The M1917 was a stopgap solution during some desperate times but ultimately saw widespread military service for decades to come. The gun was popular with units like the British SAS and even saw a resurgence in popularity in the hands of tunnel rats during the Vietnam War some half a century later. Throughout it all the gun’s manly caliber and unflinching reliability made it a go-to arm for pitiless close quarters combat in filthy environments. 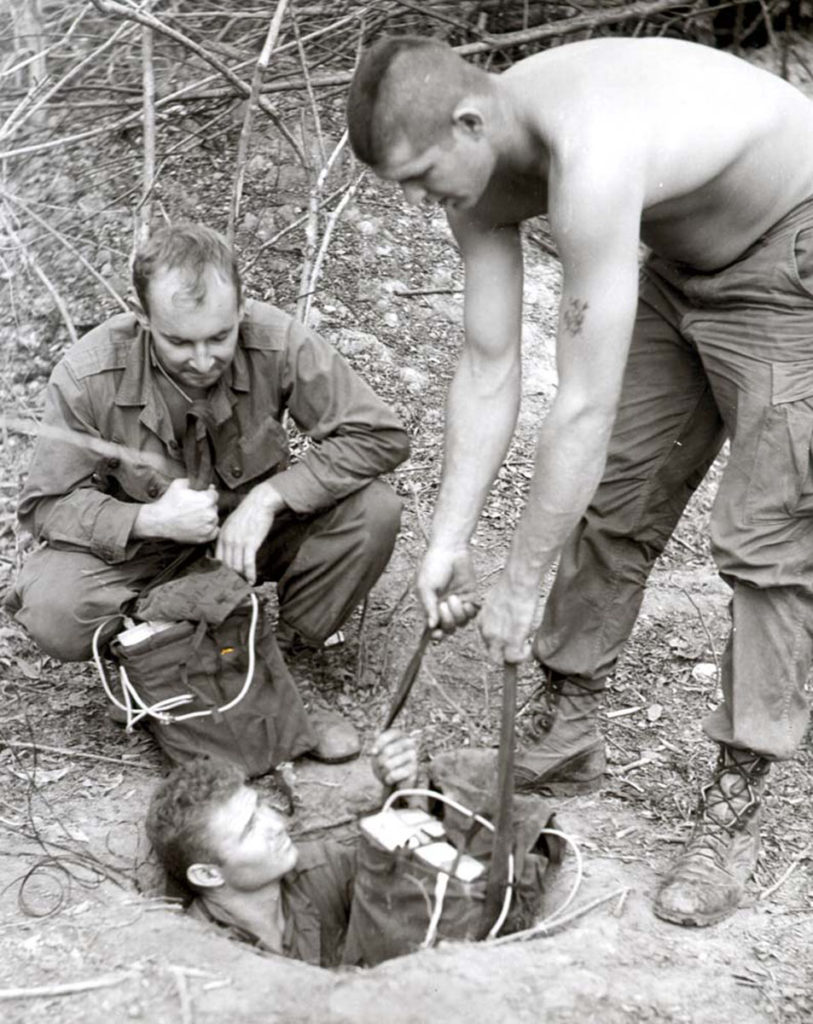 The M1917 revolver experienced a resurgence in popularity among tunnel rats in Vietnam. In this filthy horrifying close quarters environment, the revolver’s complete reliability was a boon.

Brad Pitt’s character in the epic action war movie Fury packs a .45ACP S&W M1917 with a Plexiglas sweetheart grip. Harrison Ford wielded a slightly modified version in some of the Indiana Jones films. Sedate on the range and sledgehammer powerful, the S&W M1917 transcended its original mission to earn an esteemed place in the annals of wartime Allied combat weapons. 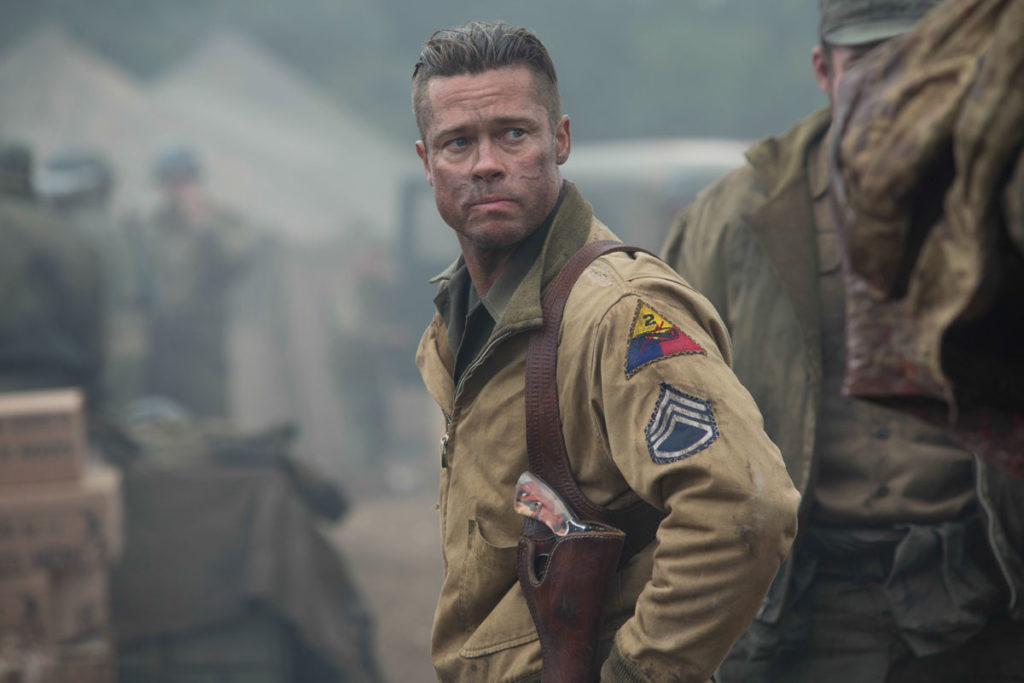 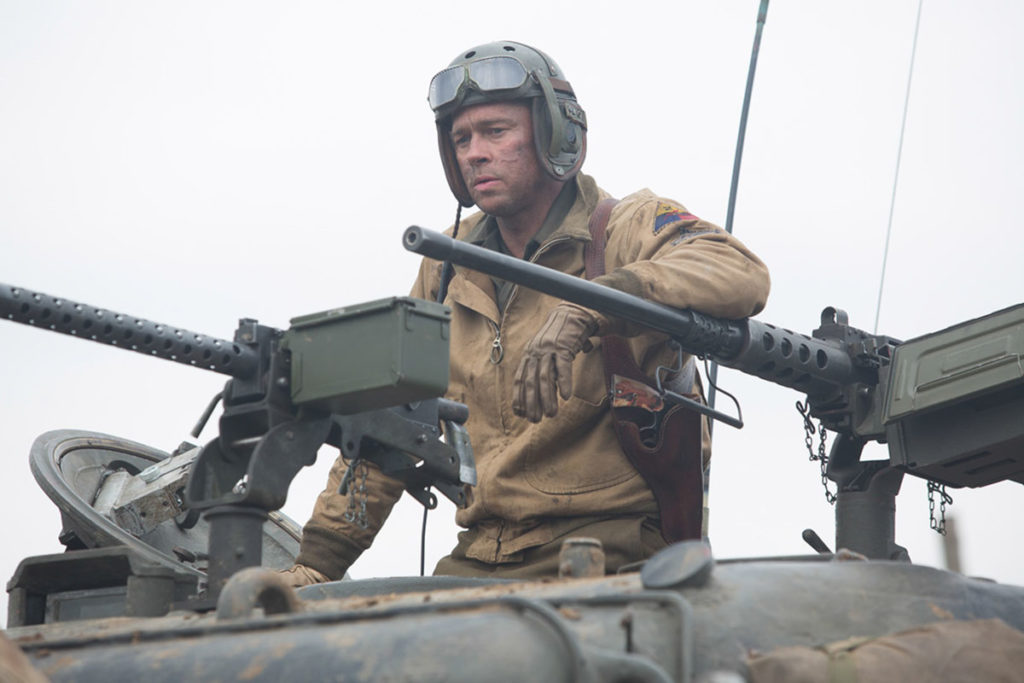 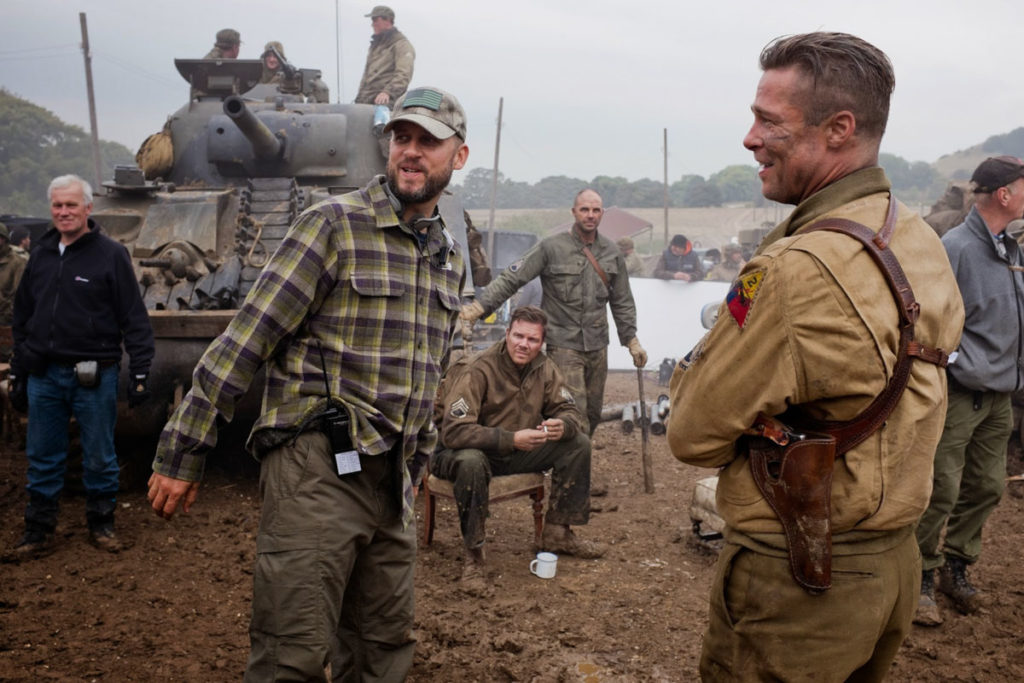