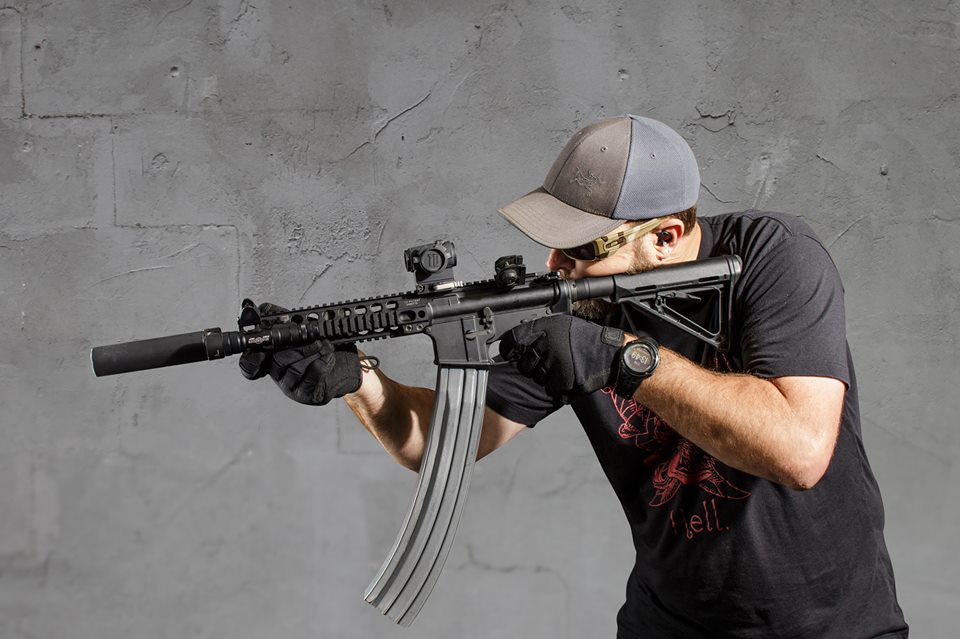 For April Fools’ SureFire teased their next magazine, the SFMag-300. Real or fake, it’s legal in California. (Photo: SureFire/Facebook)

The extremely long and detailed ruling spans 86 pages, arguing against every facet of the penal code. It declared that the laws regarding California’s 10-round magazine capacity limit – and the criminal penalties for violations – are arbitrary, capricious and ironic. And it tosses them all out.

Many Californians are rushing to buy magazines under the impression that the ruling will be appealed and overturned. However, it might not be a simple task for anti-gunners to just slap this ruling down.

Judge Benitez makes thorough arguments against California’s magazine capacity limit and magazine ban in very clear legal terms. He goes on to argue against the penal code not just from a Second Amendment perspective, but from a procedural perspective starting with the Heller test and moving on to Turner and ultimately the Takings Clause.

The ruling holds that magazines including magazines that hold more than 10 rounds of ammunition are arms in accordance with the Second Amendment. Magazines are fundamental firearm components and therefore must be protected by the Constitution.

Benitez went on to point out that, in self-defense situations, 10 or 11 rounds is provably not enough ammunition to count on in gunfights, and that even early militiamen were required to possess 20 rounds or more at a minimum.

He also pointed out that the law, which arguably exists to prevent mass shootings, has not prevented any mass shootings. In the ruling he pointed out that mass shooters, who are rare even in California, a state of more than 39 million people, either commit their crimes with multiple legal firearms or, alternatively, illegally acquire higher-capacity magazines.

At the core of Benitez’s legal argument is the Heller test, which asks whether or not the arms, in this case, the magazines, are commonly used for lawful self-defense. Benitez points out that these magazines are extremely commonly used all across the country and must not be restricted under the Second Amendment.

He also argued that the law was unconstitutional because it made possession of magazines with capacities greater than 10 rounds a criminal offense. It’s one thing to try and ban a right; it’s another to criminalize its practice. Criminalizing Second Amendment practices is a violation of the Second Amendment, goes the ruling.

This case seems to shut down every argument for the magazine ban in very strong terms, including throwing out so-called expert testimony citing “Mother Jones” magazine articles. “This is federal court,” said Benitez.

Ultimately Benitez’s ruling looks crafted to make anyone who wants to overturn it to perform a lot of legal and mental gymnastics. And it’s clearly taking a stand to fight at the Supreme Court level if necessary.

For now, one reason to get out there and buy mags and drums isn’t because this ruling is on shaky ground, it’s because, at this rate, vendors are going to sell out of magazines completely.

***Buy and Sell MAGAZINES on GunsAmerica! All Local Sales are FREE!***