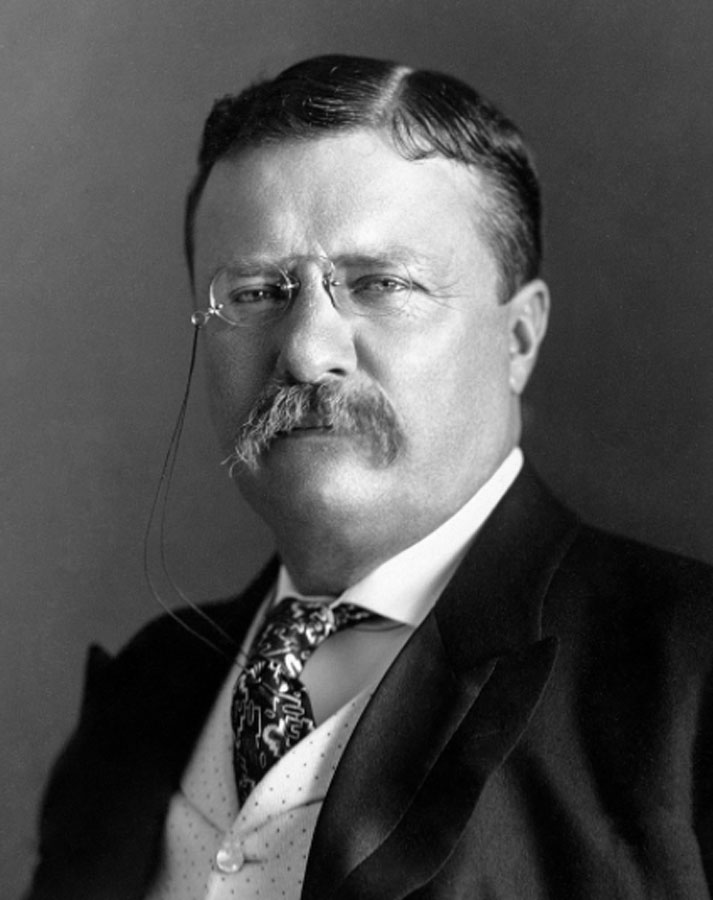 Theodore Roosevelt was one of America’s greatest Presidents 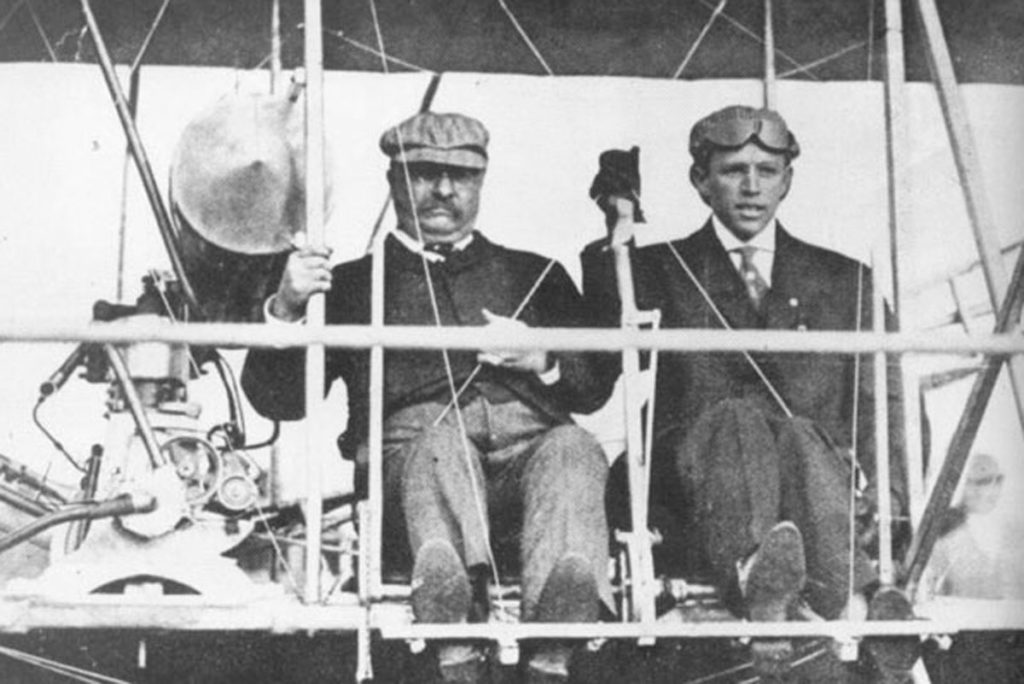 Teddy Roosevelt, America’s 26th President, ascended to the job when his boss, William McKinley, succumbed to an assassin’s bullet in September of 1901 (Read the story of his assassination here – The Assassination of William McKinley: Of Hopeless Causes and One Seriously Pathetic Pistol). 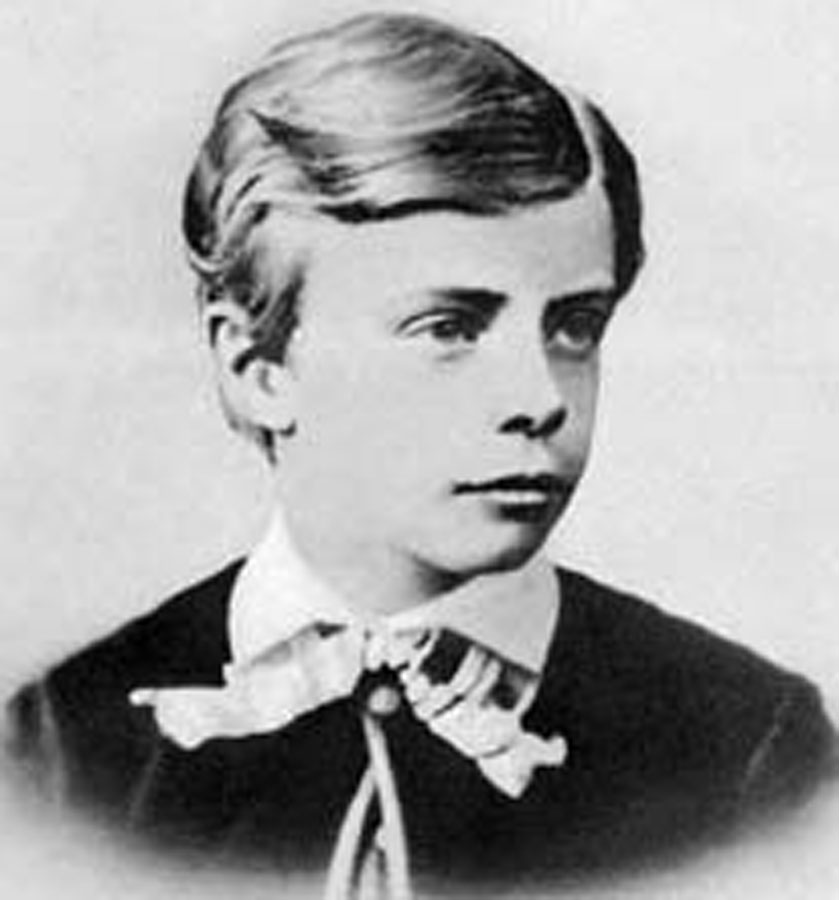 Roosevelt’s childhood maladies would have kept a lesser man indoors and soft.

Born a sickly asthmatic child, Roosevelt felt the solution to his weakened condition was adventure, and lots of it. Homeschooled by his parents, Teddy Roosevelt ultimately attended Harvard University and attained fame as a naturalist, hunter, writer, historian, soldier, and politician. 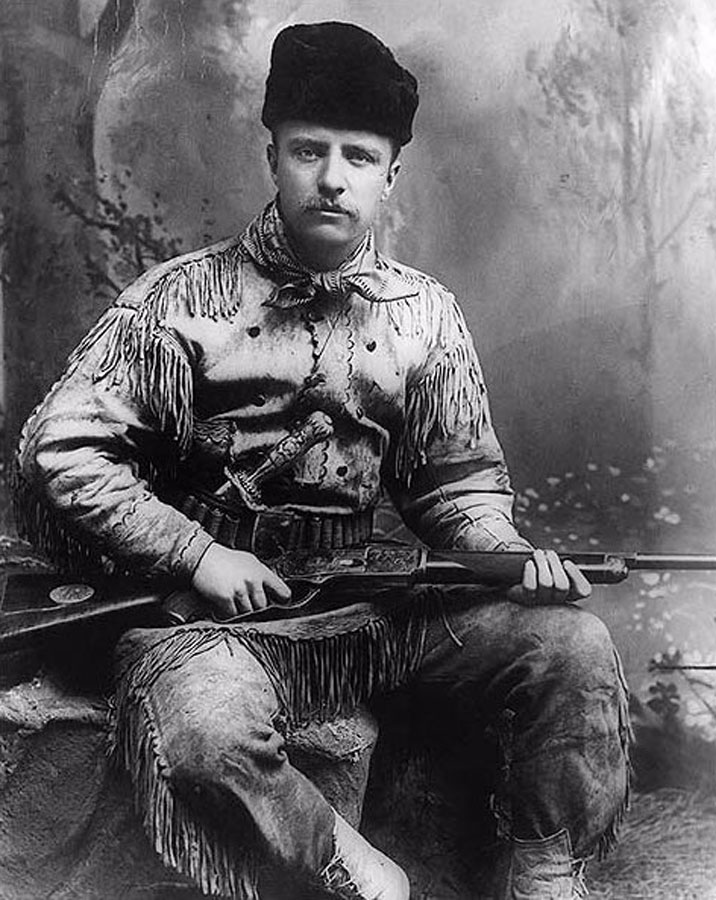 Teddy Roosevelt’s solution to his disabilities was to embrace the wilderness. Mind that trigger finger, Mr. President.

Along the way, Teddy Roosevelt grew to become the paragon of American manliness. Roosevelt is consistently rated among America’s top five most successful Presidents. His first book, The Naval War of 1812, established Roosevelt as a popular writer and respected historian. 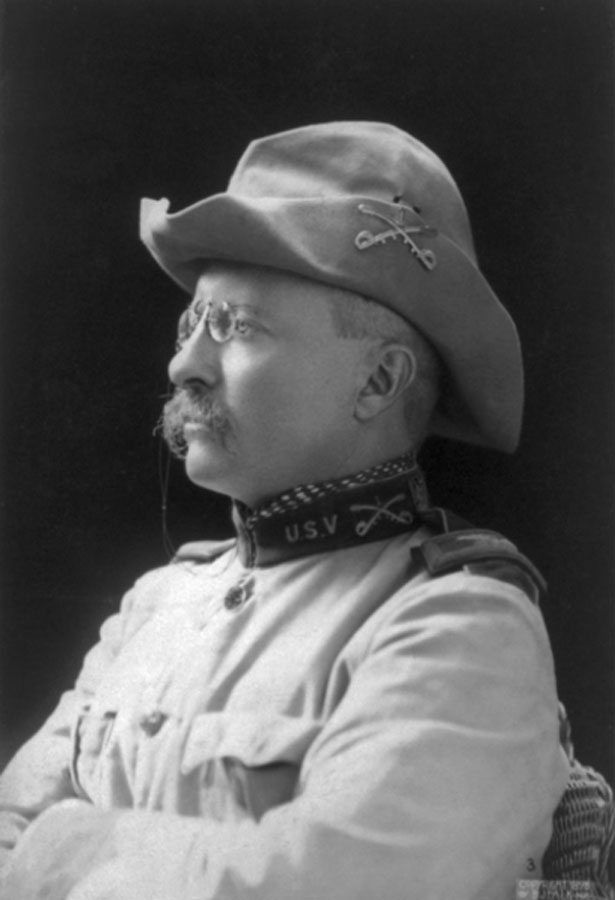 Roosevelt served as a New York state legislator and Assistant Secretary of the Navy before resigning his position to lead the Rough Riders in combat during the Spanish-American War. Consisting predominantly of volunteers from Texas, Oklahoma, New Mexico, and Arizona, this US cavalry unit actually did most of its fighting on foot. 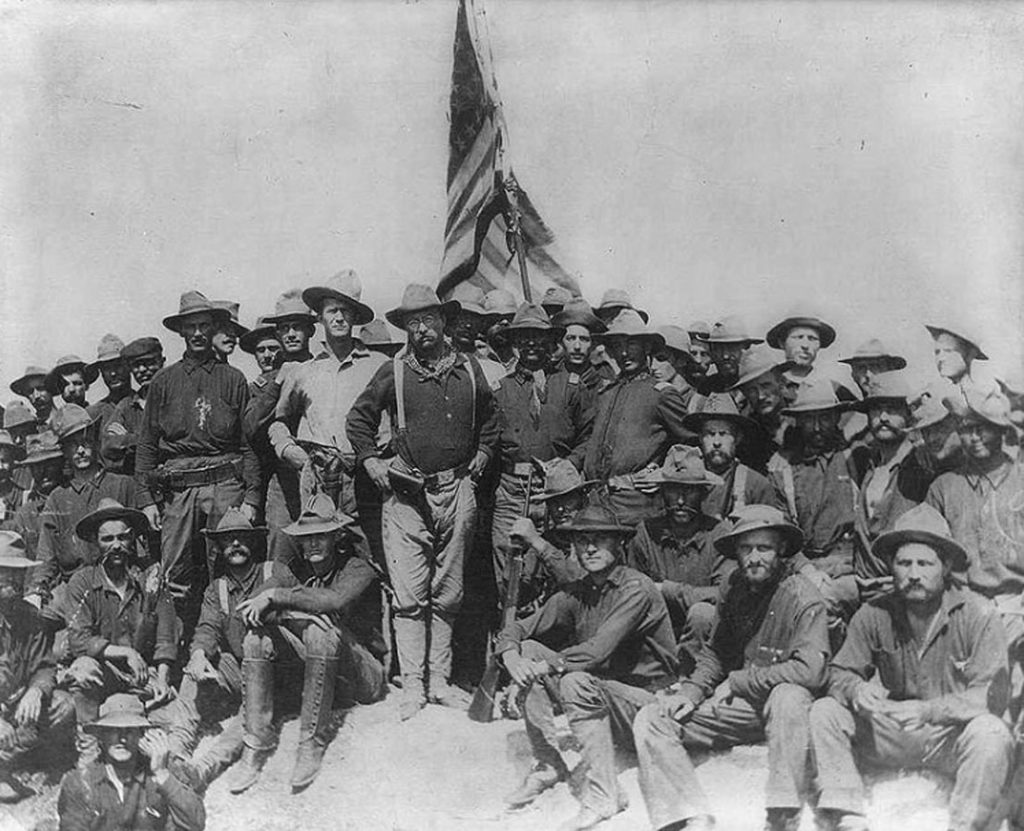 The Rough Riders were a US Cavalry outfit sent to Cuba to fight the Spanish.

Roosevelt’s Rough Riders were sent into battle essentially as a diversion during their famed assault on San Juan Hill. When the assault bogged down, Roosevelt himself mounted on horseback to enhance command and control, seized the initiative and led his men to take the Spanish positions under covering fire from a trio of Gatling guns. Teddy Roosevelt returned to the United States a national hero. 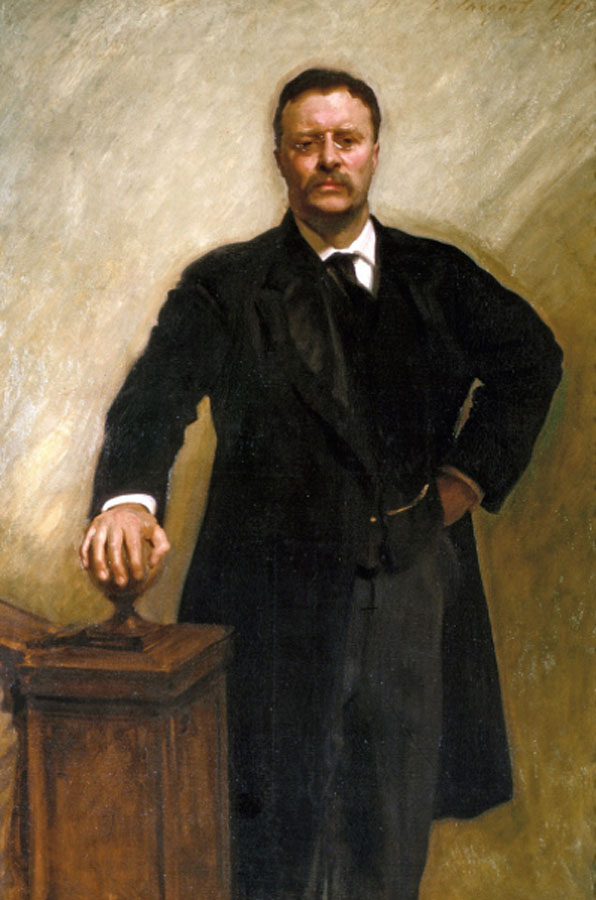 Theodore Roosevelt was one of our most successful chief executives.

Upon his return, Roosevelt signed on as William McKinley’s running mate, and they won in a landslide in 1901. McKinley was assassinated in short order, and Roosevelt became the youngest President in American history at age 42. His initiatives to build the Panama Canal, guarantee safe food and medicines, and establish American National Parks left him fabulously popular. In 1906 he was awarded the Nobel Peace Prize for brokering an end of the Russo-Japanese War.

After two terms in office, Roosevelt groomed his friend William Howard Taft for the Presidency. Eventually frustrated with Taft’s brand of politics, Roosevelt unsuccessfully ran against him for his party’s nomination in 1912. He subsequently formed a competing political organization called the Progressive or “Bull Moose” party but failed to reclaim the Presidency. 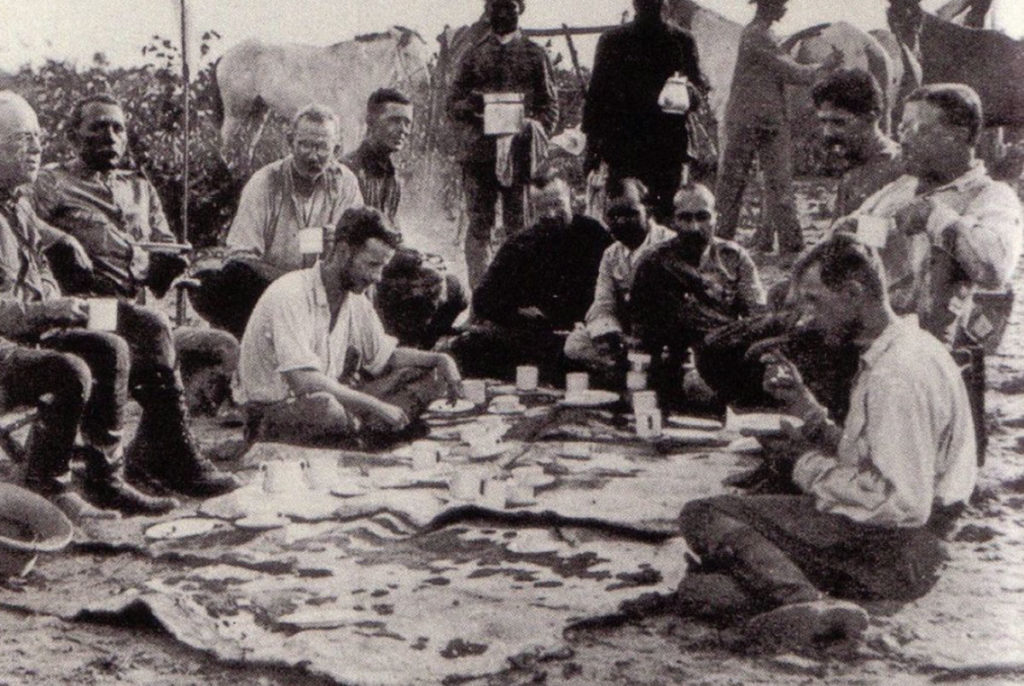 Roosevelt’s two-year trek through the Amazon basin nearly killed him.

To assuage his disappointment Roosevelt struck out on a two-year Amazon expedition where he nearly died of jungle fever. 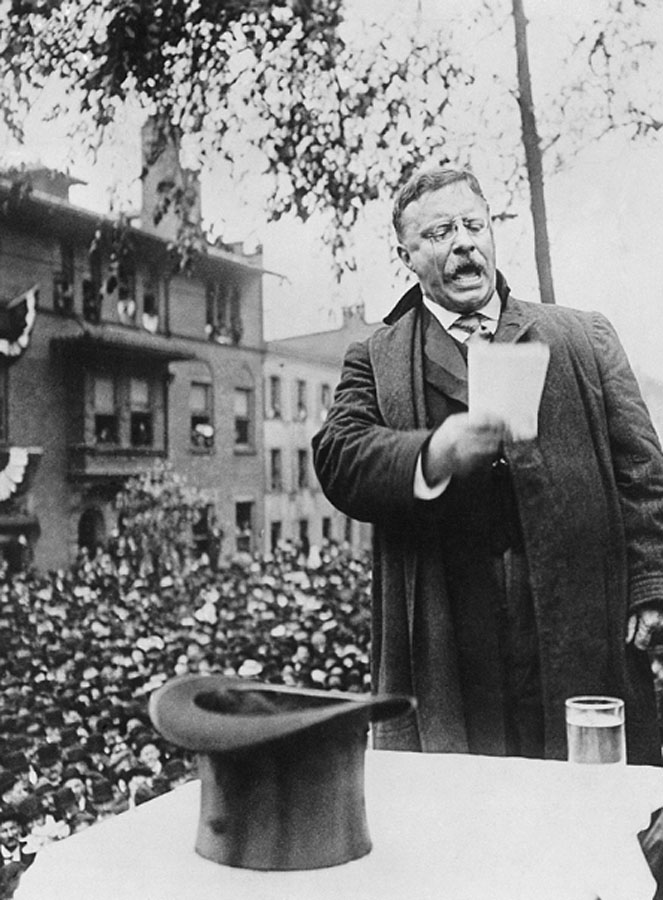 Roosevelt was a fiery orator who could work a crowd.

In mid-October of 1912, Roosevelt was campaigning for President in Milwaukee, Wisconsin, at the Gilpatrick Hotel. After enjoying a meal with the hotel owner Roosevelt left the building for a waiting automobile, waving to the assembled crowd. 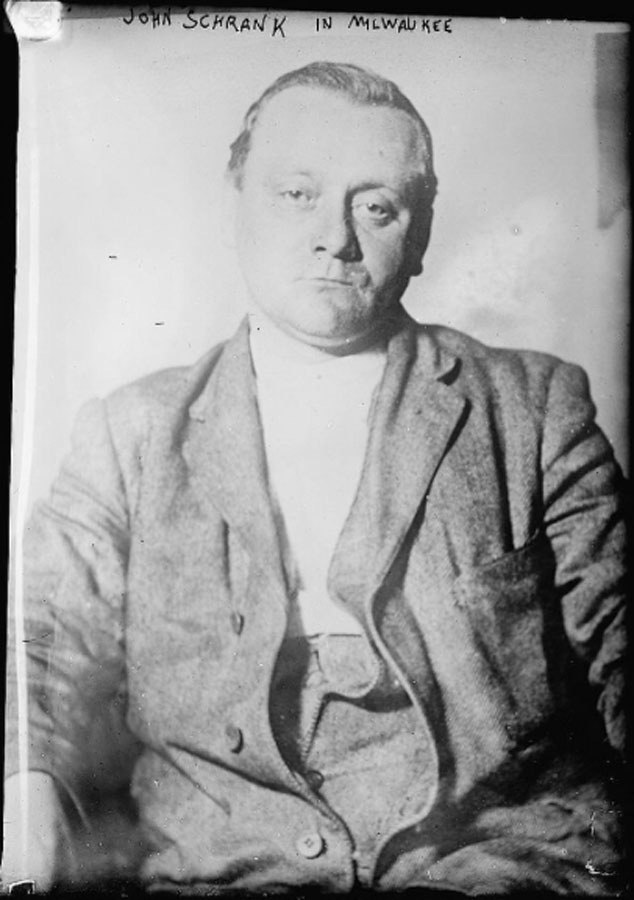 John Flammang Schrank was a Bavarian immigrant with some serious psychiatric issues.

Among the throng was a delusional Bavarian-born saloonkeeper named John Flammang Schrank. Schrank had been stalking the former President for weeks. 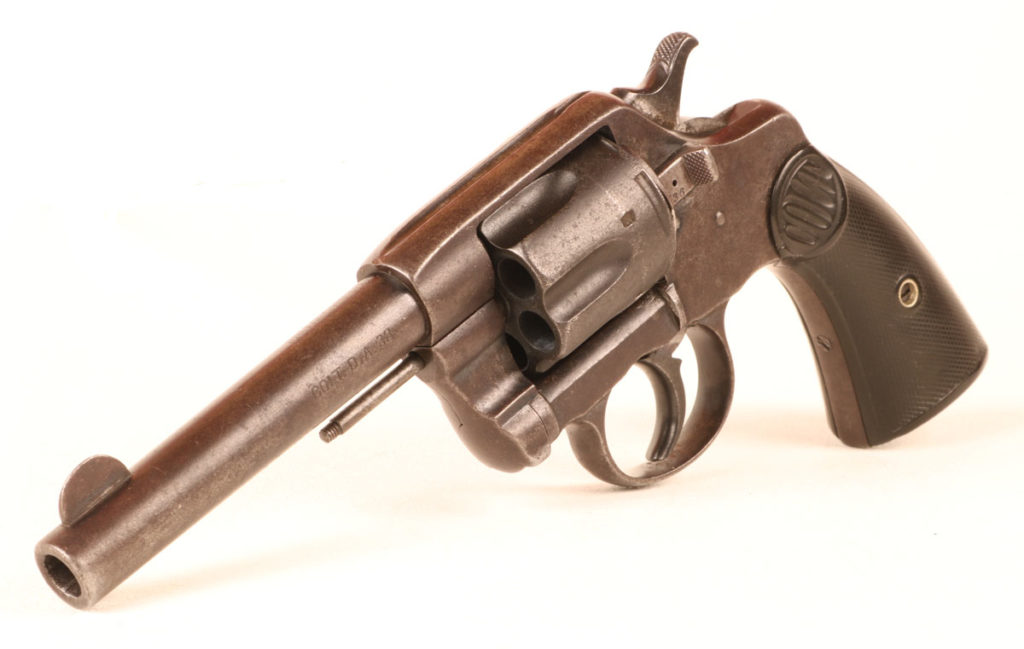 This is an early Colt Model 1892 revolver. Teddy Roosevelt wielded an M1892 that had been recovered from the USS Maine sunk in Havana harbor during his time with the Rough Riders in the Spanish-American War.

Schrank rushed the President and produced a .38-caliber Colt revolver. He fired a single round that struck Roosevelt squarely in the chest. Roosevelt stumbled momentarily but then raised his hat and smiled at the crowd. A.O. Girard, a former Rough Rider, and his personal bodyguard, tackled Schrank with the assistance of one of Roosevelt’s male secretaries. When quietly queried as to his condition by his aide Harry Cochems Teddy Roosevelt responded, “Harry, he pinked me a bit.”

The crowd resolved to lynch Schrank on the spot. Roosevelt responded, “Don’t hurt him. Bring him here. I want to see him.”

The two men looked each other in the eye and the former President said flatly, “What did you do it for?”

Getting no response Roosevelt said, “Poor creature. Officers, take charge of him, and see that there is no violence done to him.”

With that Teddy Roosevelt’s would-be assassin was remanded to justice. 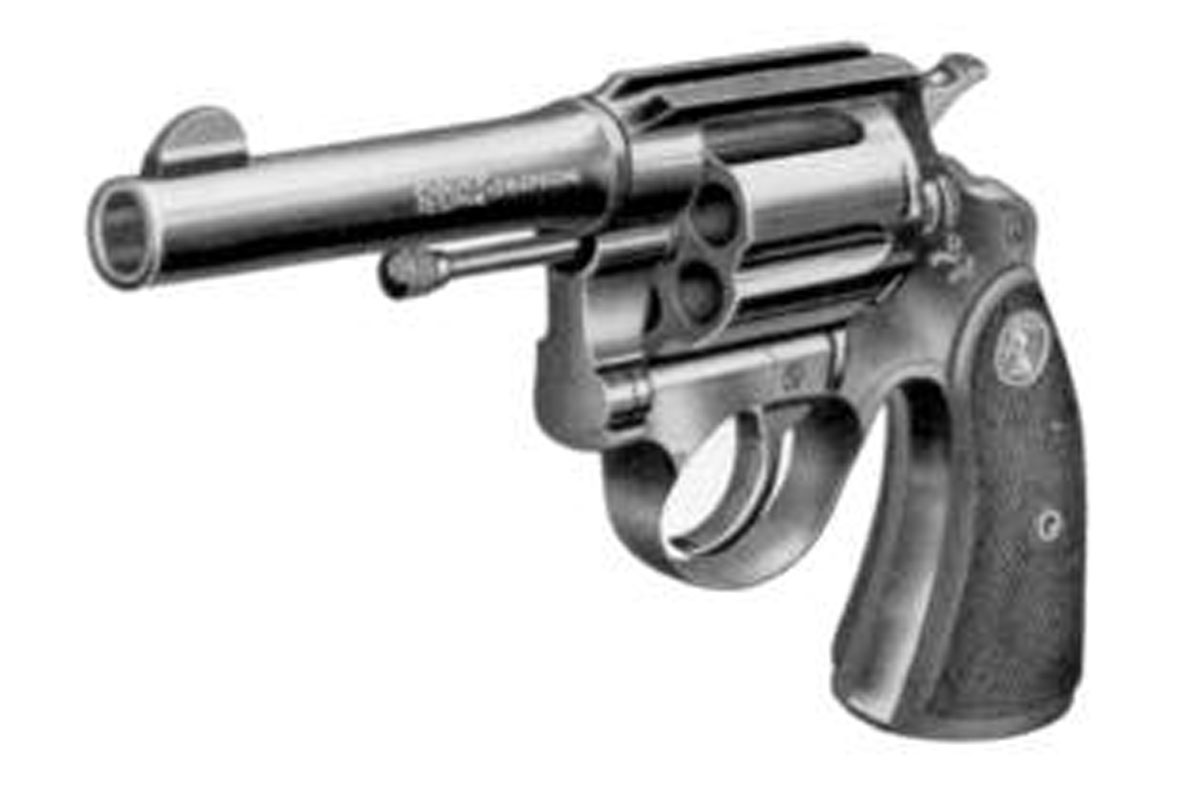 The revolver that John Schrank wielded that night was a .38-caliber Colt Police Positive Special, a small frame double action six-shot wheelgun that was in common use at the time. 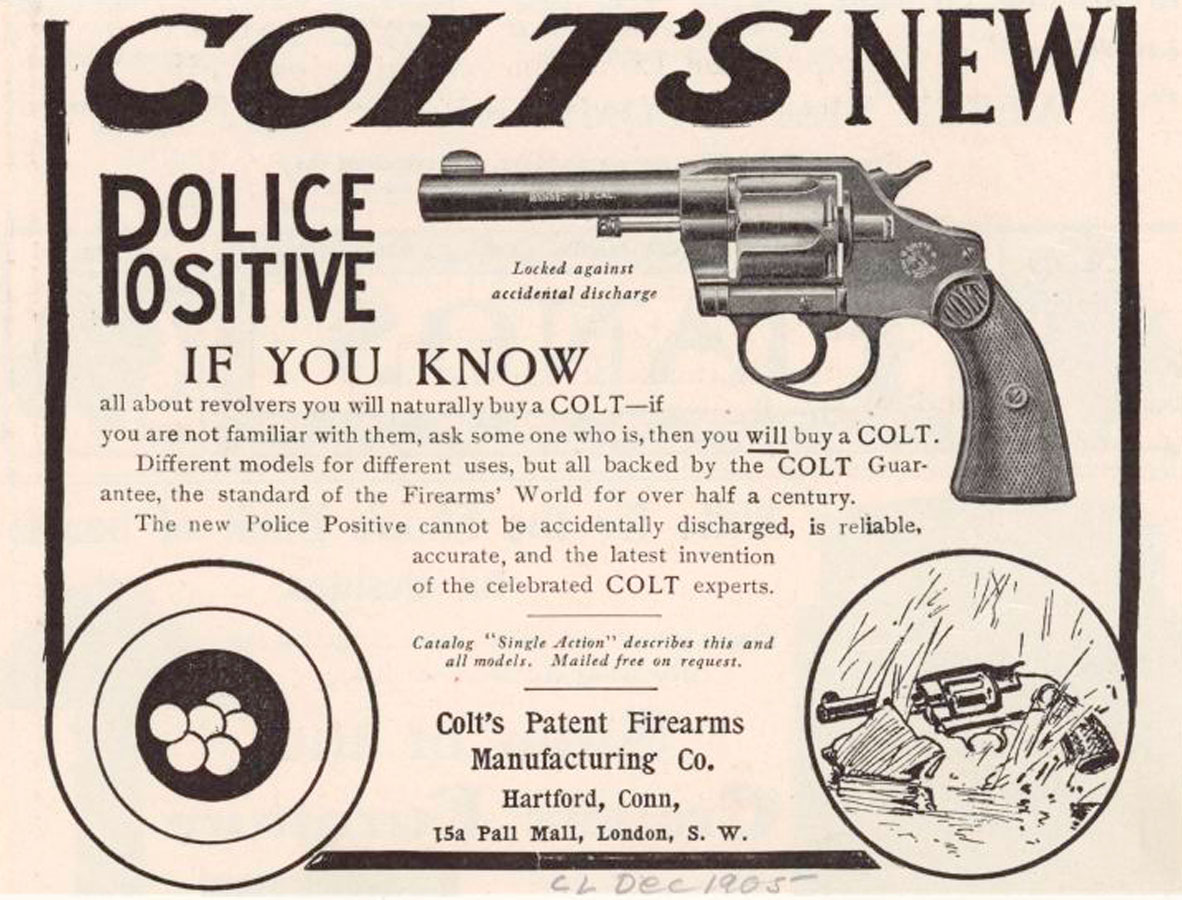 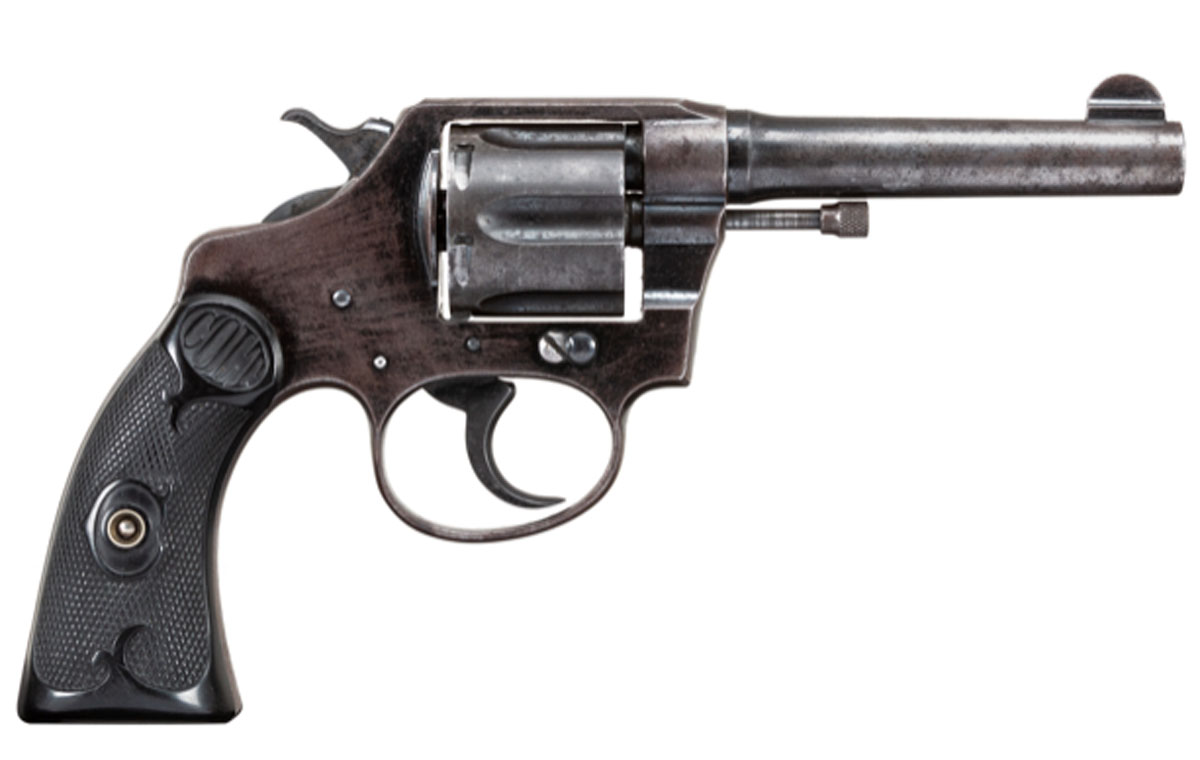 The Police Positive Special was both compact and portable.

The lightweight Police Positive Special was renowned for its fast handling characteristics. The gun incorporated Colt’s “Positive Lock” safety mechanism that prevented the firing pin from contacting the primer unless the trigger was pulled. The sights consisted of an ample blade up front and a fixed groove in the rear. 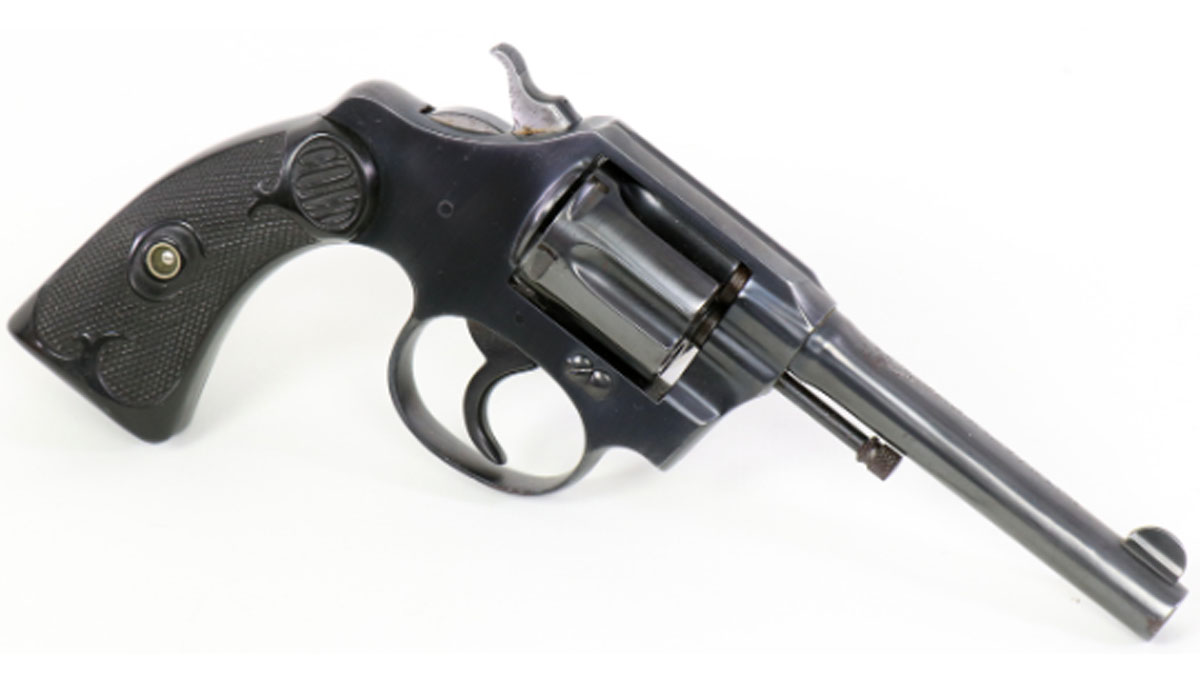 Colt produced this tidy little wheelgun in a variety of configurations.

The gun was available in four different .32 and .38-caliber chamberings. 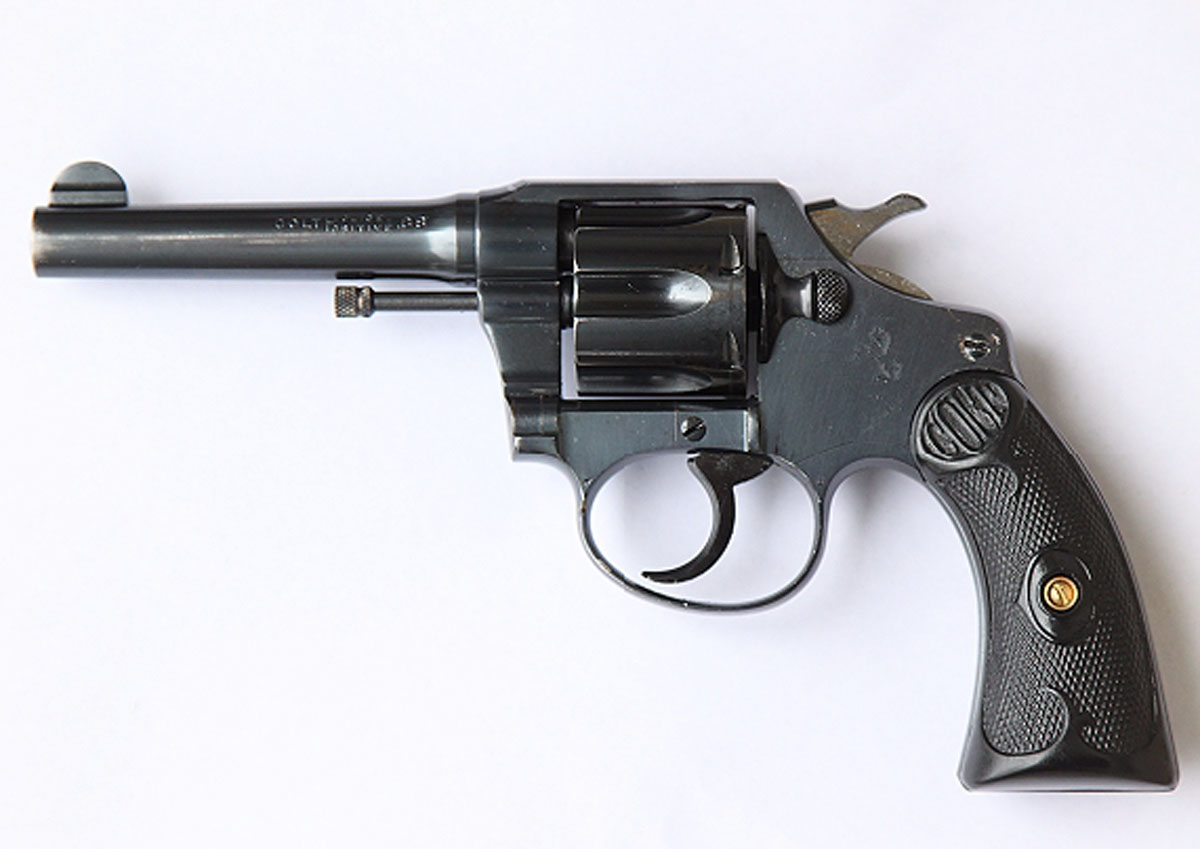 The Colt Police Positive Special was designed to be a man stopper. Its failure, in this case, was intriguing to all involved.

You’re likely wondering at this point, as did those around him at the time, how Teddy Roosevelt could just shrug off a center of mass shot delivered at close range by the most popular Law Enforcement handgun in the world at the time. Fortuitously, Roosevelt was about to deliver a lengthy speech at a nearby venue. The speech, titled “Progressive Cause Greater Than Any Individual,” was fifty typewritten pages and folded double in his breast pocket over his reading glasses. 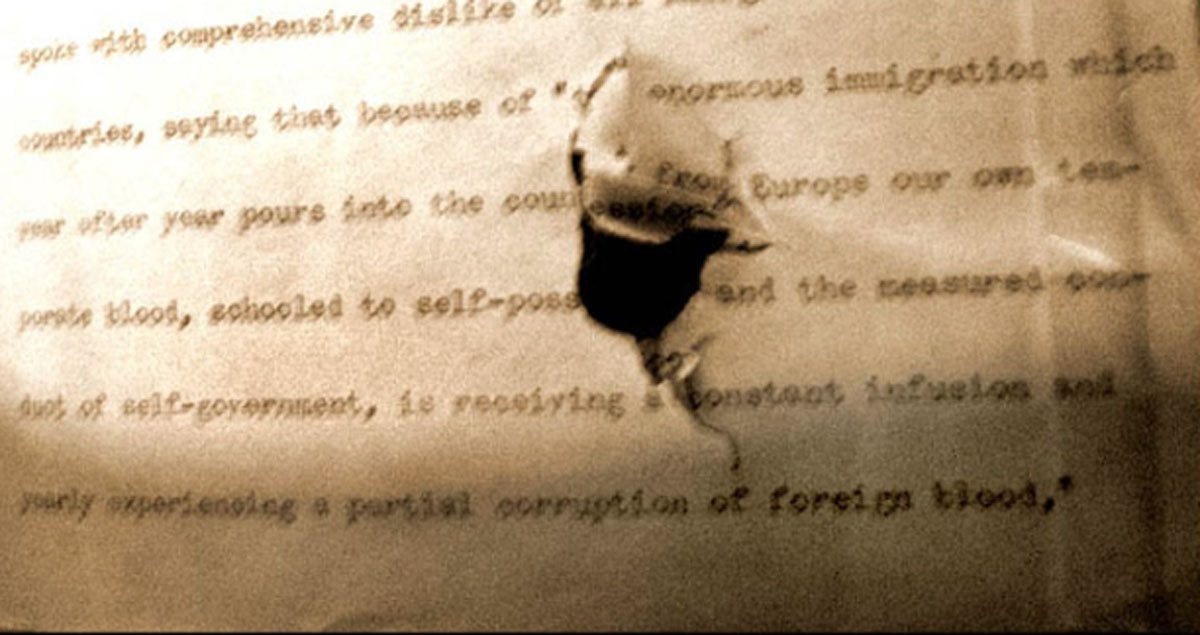 These blurred images were the best I could find of the items in Teddy Roosevelt’s pocket that slowed the assassin’s bullet.

The bullet transited the folded speech as well as his eyeglasses and their metal case before digging into Roosevelt’s pectoral muscle. The bullet stopped just short of his lungs. As an avid hunter and globetrotting naturalist Roosevelt would have realized this at the time. Despite the admonition of those around him, Roosevelt insisted on presenting his speech before he accepted medical attention.

Roosevelt subsequently spoke for ninety minutes with blood steadily seeping from his fresh wound. He launched his speech extemporaneously with, “Ladies and gentlemen, I don’t know whether you fully understand that I have just been shot, but it takes more than that to kill a Bull Moose.” The crowd purportedly went wild.

The bullet was too deep to retrieve safely so Roosevelt carried it in his chest until he died. When queried later about the projectile he nonchalantly claimed, “I do not mind it any more than if it were in my waistcoat pocket.” What a stud. 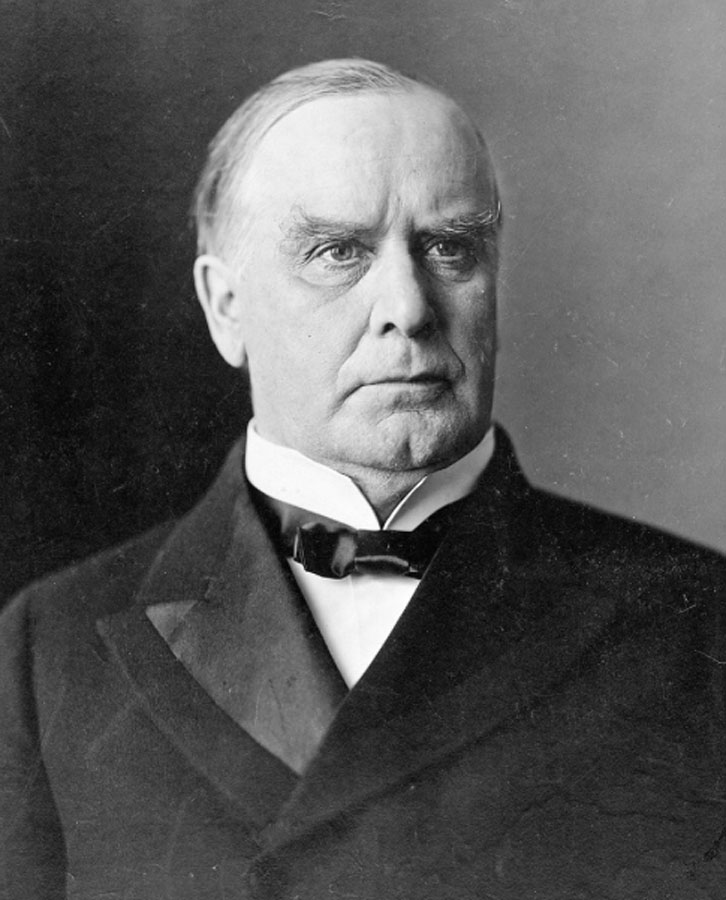 Schrank claimed to have been inspired by the ghost of William McKinley, Theodore Roosevelt’s predecessor.

John Schrank claimed that he attempted the assassination after having been directed in a dream to do so by the ghost of Roosevelt’s predecessor, William McKinley. Schrank asserted that he harbored no ill will toward Roosevelt as a citizen, but rather wanted to prevent his securing a third term as President, something that, to many, smacked of kingship. Schrank subsequently lived out his remaining days in an insane asylum. 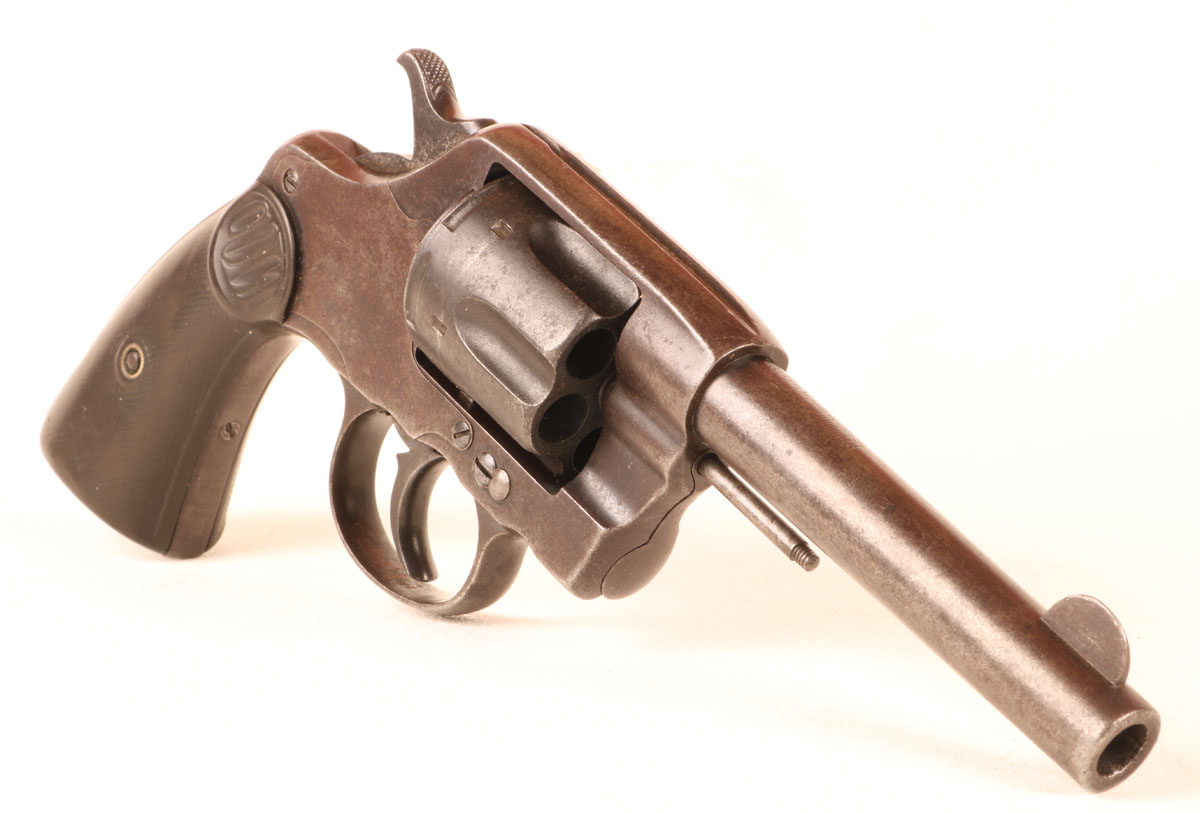 My Colt revolver is a well-worn Model 1892 that is mechanically similar to the Police Positive Special wielded by John Schrank.

The Colt Police Positive Special is indeed a svelte and agile handgun. The double action/single action trigger is dreamy smooth and the gun points naturally. As the gun fires rimmed cartridges the star-shaped ejector removes all six empties quickly. 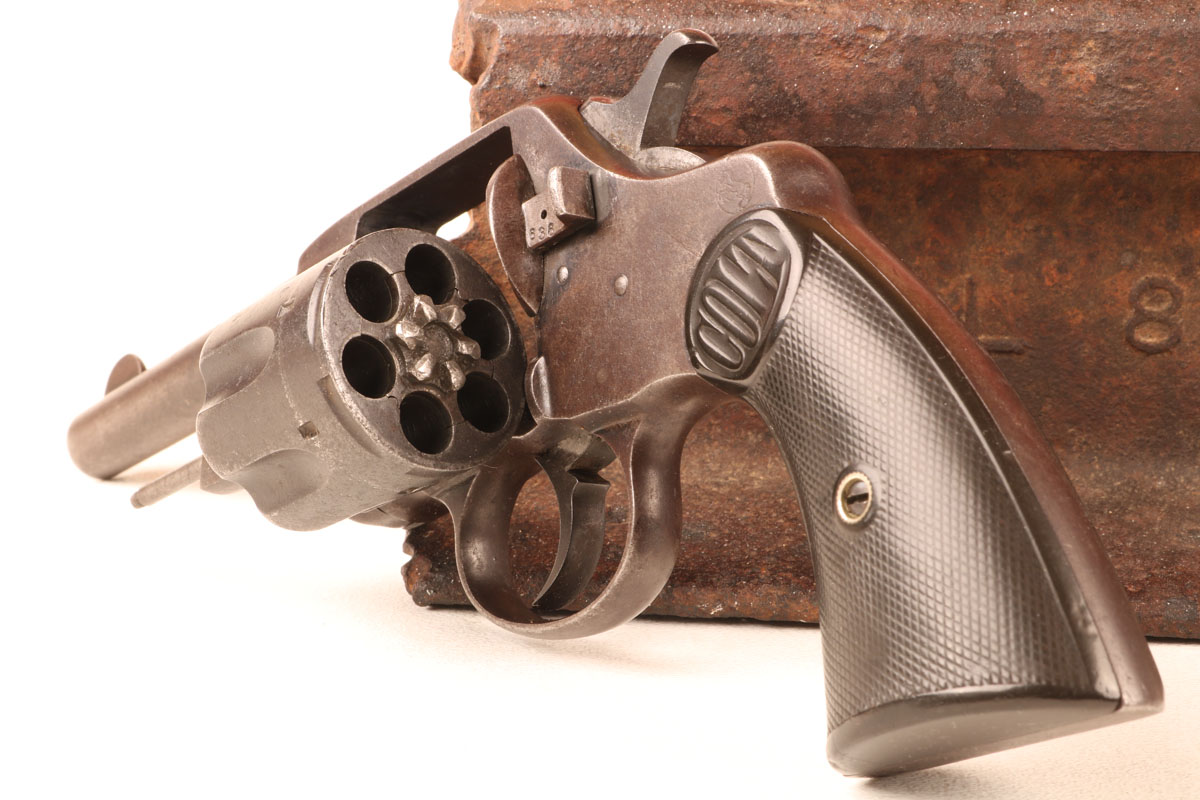 The Colt single action/double action revolver was fast for its day.

The cylinder release on double action Colt revolvers must be drawn to the rear. This makes the act of breaking the gun open for reloading incrementally more tedious than the same chore with a Smith and Wesson wheelgun. However, the pistol remained in production until 1995. Literally, generations of American civilians and lawmen did just fine with it. 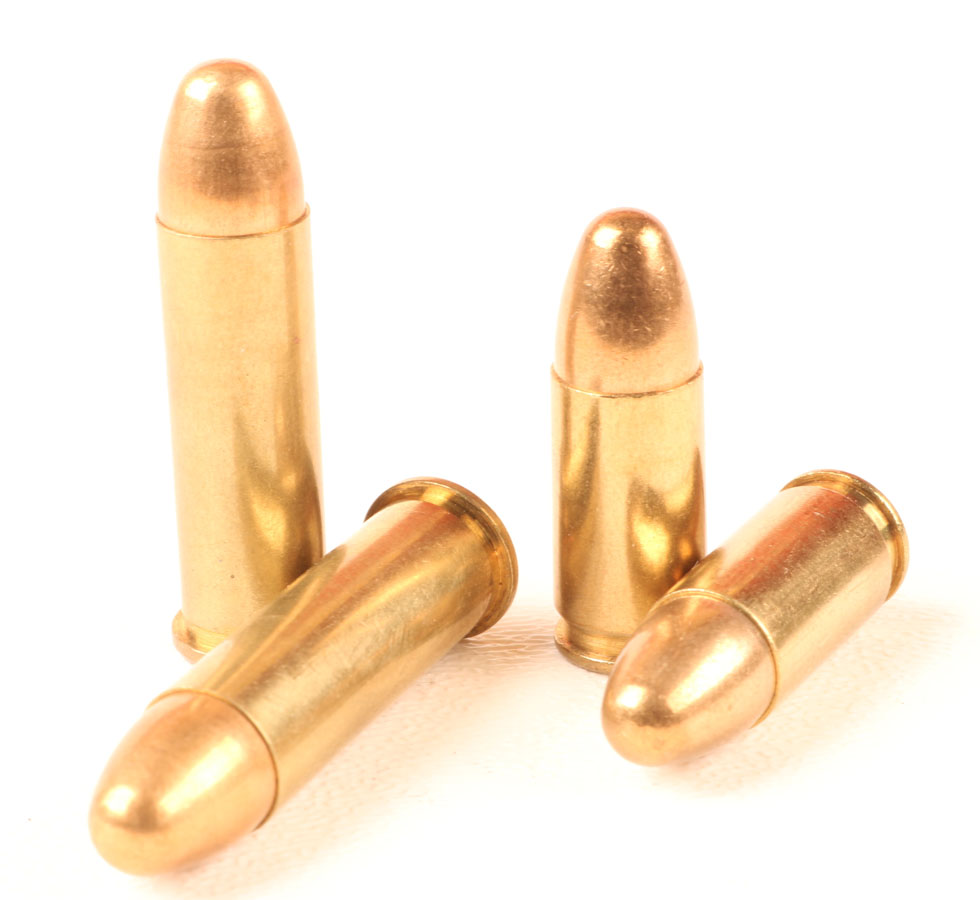 The .38 Special cartridge carries a lot of power. It is shown here on the left alongside a brace of 9mm Parabellum rounds.

The Rest of the Story 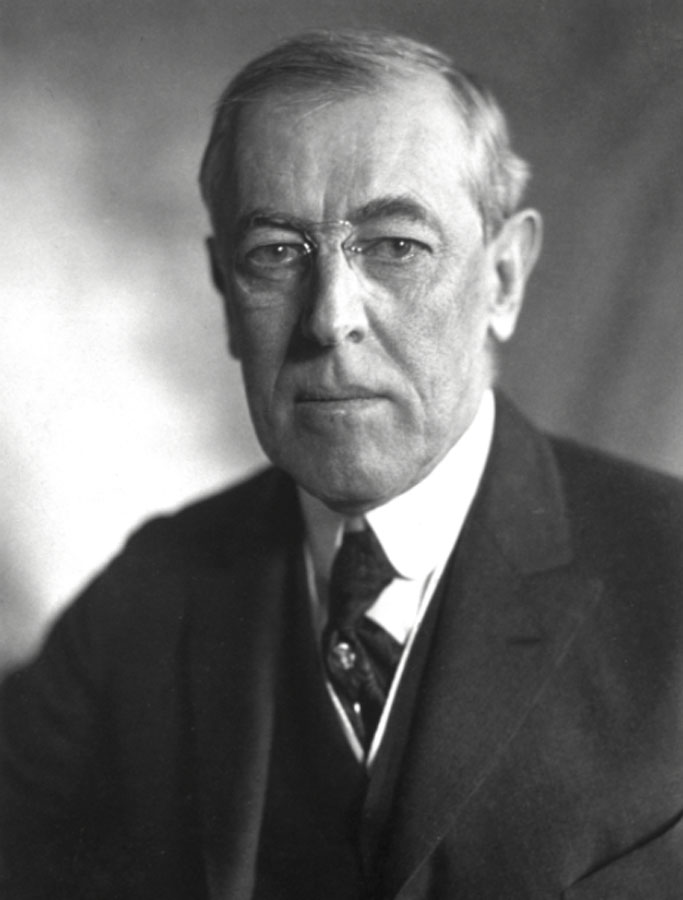 Woodrow Wilson took advantage of the conflict between Roosevelt and Taft to win the Presidency.

Things were different back then. Both Taft and Wilson suspended their campaigning until Roosevelt had recuperated sufficiently to return to the campaign trail. Not unlike Ross Perot and George H.W. Bush in 1992, Roosevelt and Taft split their bloc’s vote in 1912 and ushered in Woodrow Wilson as President. After his defeat and perilous trek through the Amazon basin, Roosevelt continued in politics but never quite regained his previous fire.

President Theodore Roosevelt, shown here with a bull elephant he has just killed in Africa, lived life to the full.

Roosevelt suffered a blood clot and pulmonary embolism in 1919 that killed him in his sleep. He was 60 years old. His political rival Woodrow Wilson was quoted as having said, “Death had to take Roosevelt sleeping, for if he had been awake there would have been a fight.”

At Roosevelt’s death, John Schrank expressed remorse and said that he believed Roosevelt to have been a great American. Schrank’s psychiatrist diagnosed him with “insane delusions that are grandiose in character.” Upon his death in 1943 Schrank’s body was donated to the Marquette University Medical School for anatomical dissection.

Quentin Roosevelt was an Allied fighter pilot during WWI. He was credited with shooting down a German plane in combat.

The Roosevelt name loomed large in subsequent American history. His youngest son Quentin was shot down flying a Nieuport 28 in World War I. Quentin was the only son of an American President ever to be killed in military action. 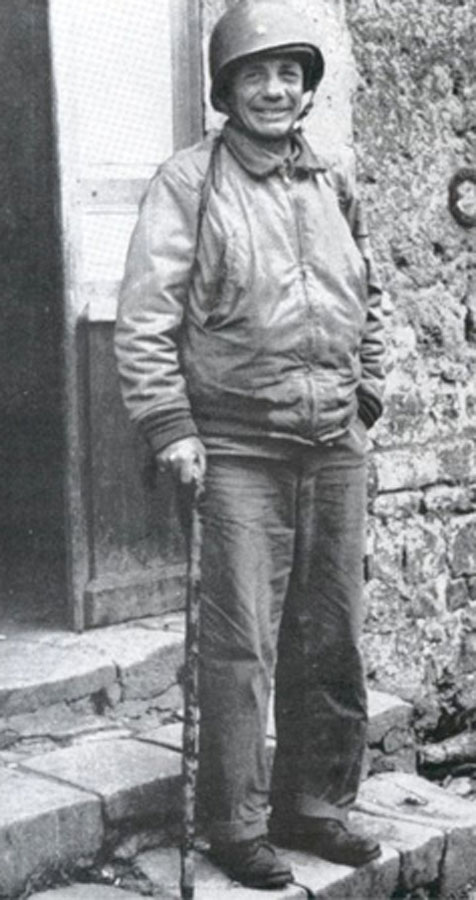 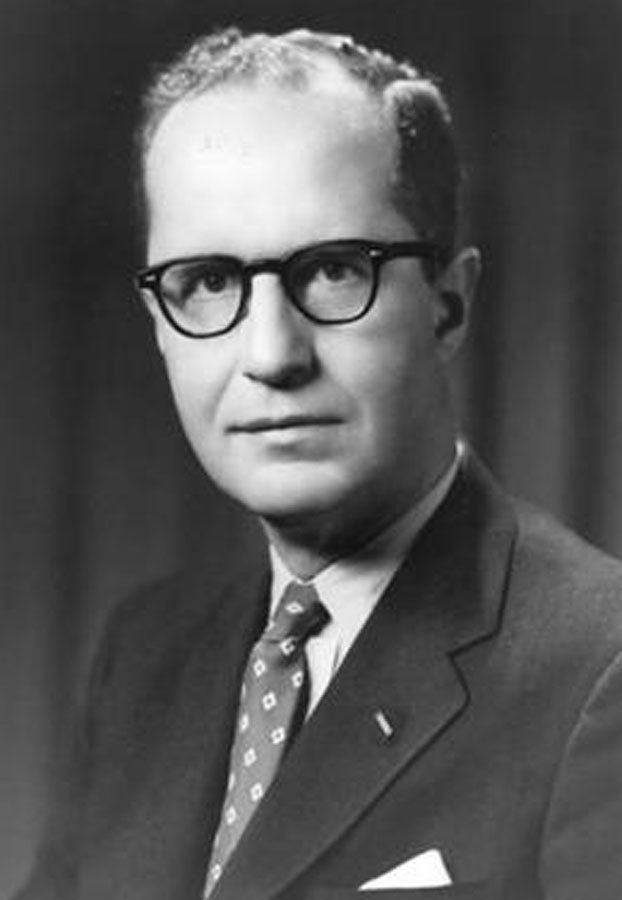 Kermit Roosevelt Jr. was a covert CIA operative who helped topple the government of Iran. 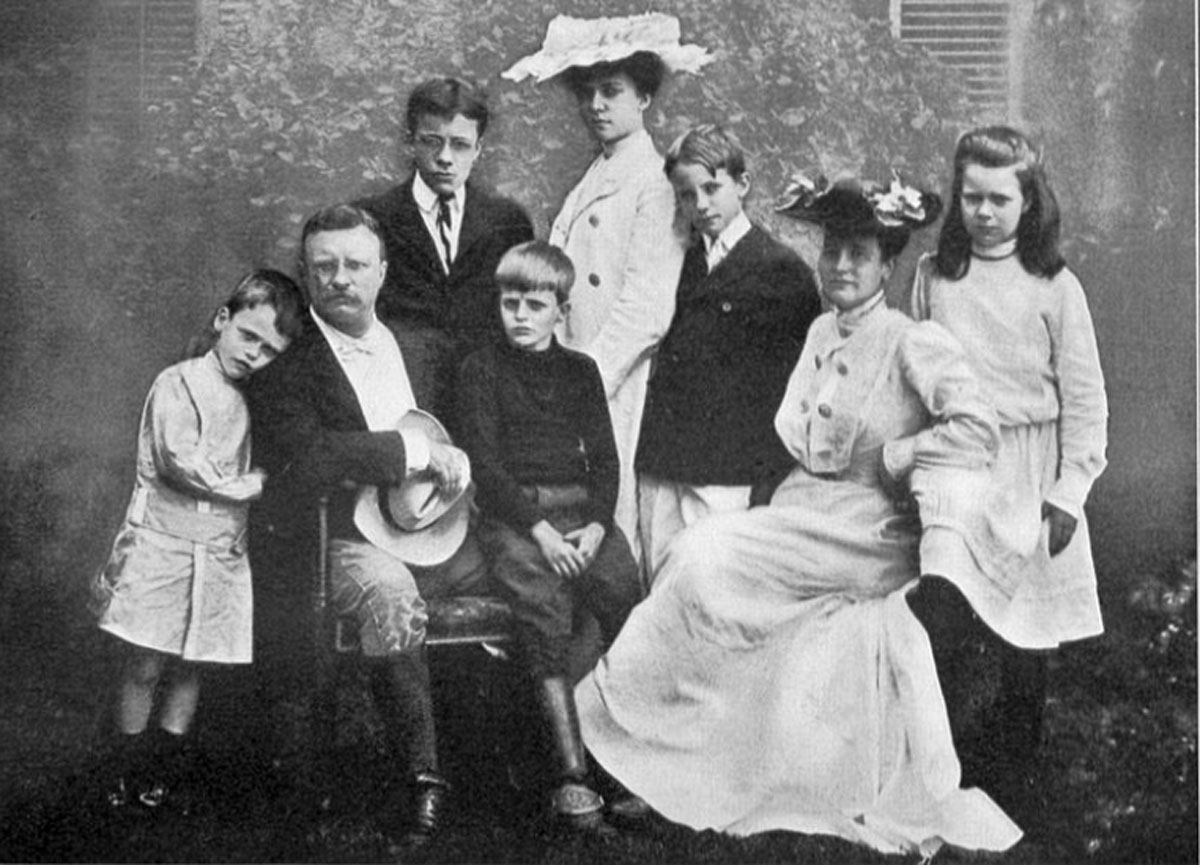 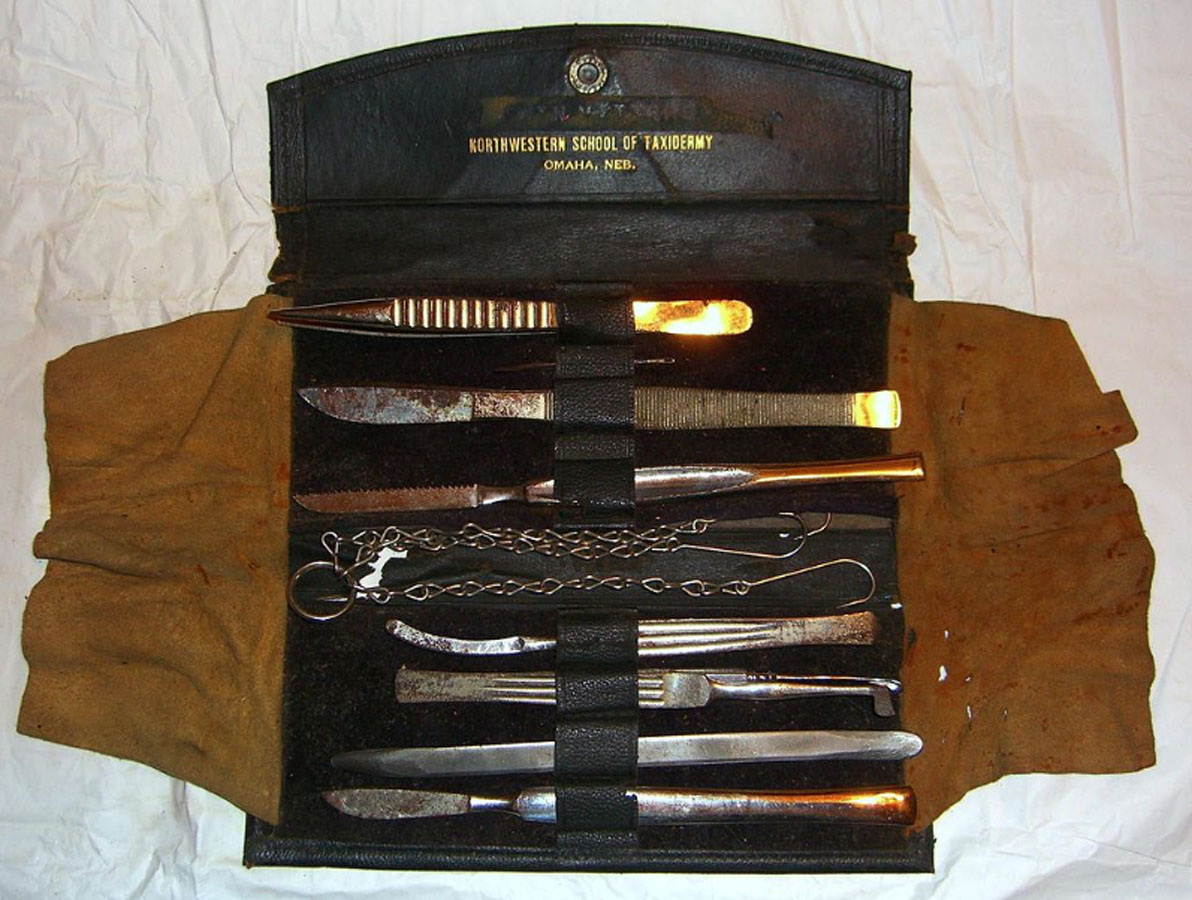 They really don’t make them like Teddy Roosevelt anymore. This was the President’s personal taxidermy kit. 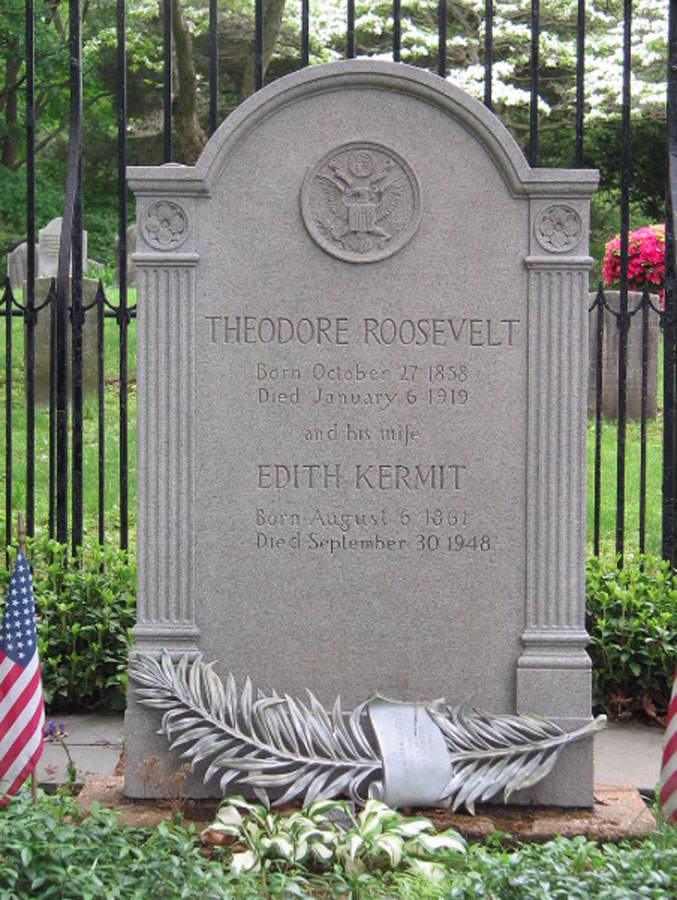 Courageous, gifted, driven, and inspirational, Theodore Roosevelt was the very image of the American Rugged Individualist. His efforts in the fields of politics, naturalism, and conservation benefit us even today. If ever there was a paragon of American manhood it was President Teddy Roosevelt.