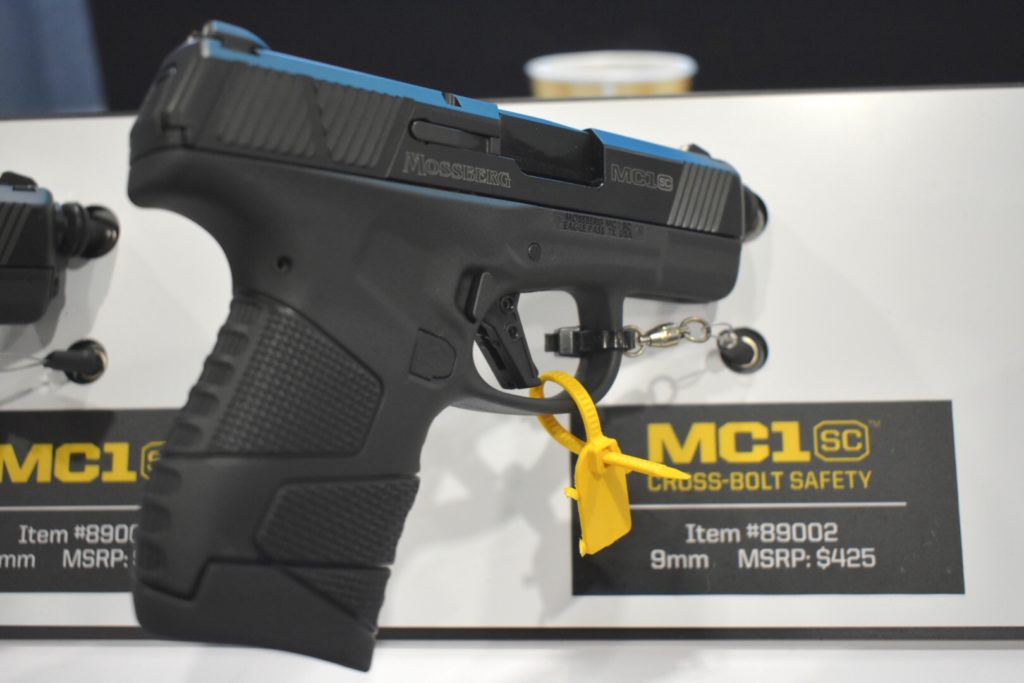 The MC1sc was designed with concealed carry in mind. It is small, comfortable.

The concealed carry crowd is competitive, with heated debates over carrying a Glock or a Springfield or a 1911. However, there is no one right gun or the market wouldn’t be so competitive. Mossberg opted to take advantage of this and introduced the new MC1sc into this ever-growing market.

The MC1sc is a polymer-framed, striker-fired subcompact handgun with a staggered-stack magazine chambered for 9mm Luger. This gun comes in five packages that range from bare bones to “all of the things you might want”  In addition to internal safeties the MC1sc has a passive trigger safety and an optional cross-bolt safety behind the trigger. The cross-bolt safety is reversible for left-handed use. 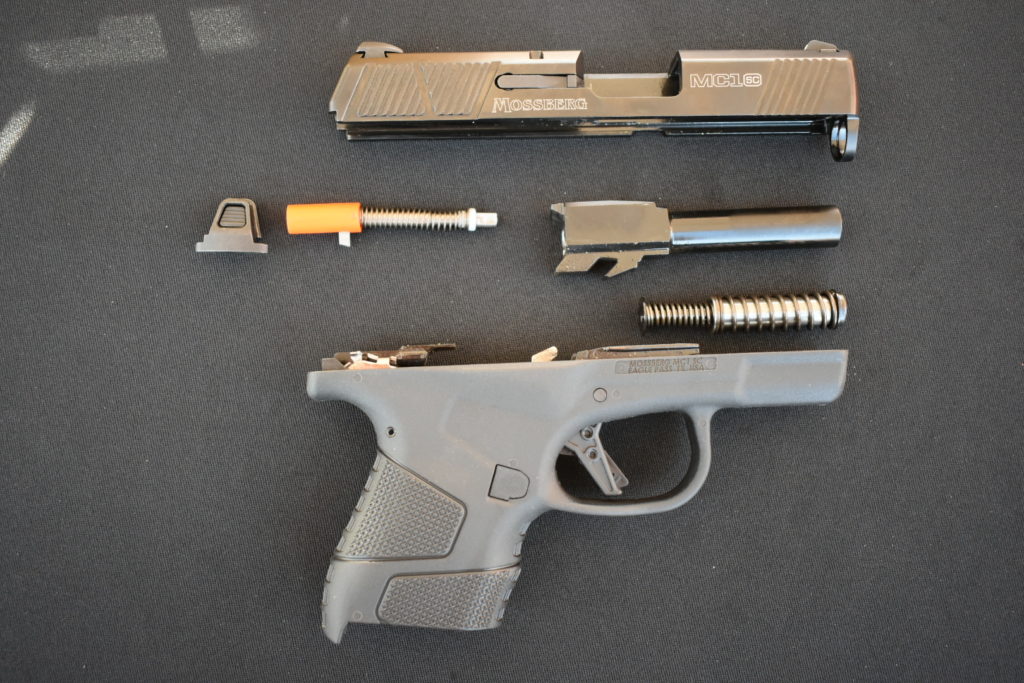 The gun can be totally disassembled using the one button safe takedown system.

The magazine release is also reversible. The MC1sc uses both flush fitting 6-round magazines and 7-round extended mags. The magazines are interchangeable with Glock 43 magazines.  The MC1sc uses an aggressive grip texture and has sharp slide serrations at the rear and front of the slide.

One thing that makes the MC1sc stand out is Mossberg’s safe takedown system. By removing the striker retainer plate in disassembly the user does not need to pull the trigger for cleaning and maintenance. This is a major safety concern for a lot of striker-fired handguns. Suggested retail pricing starts at $425 and tops out at $526 for the night sight model. 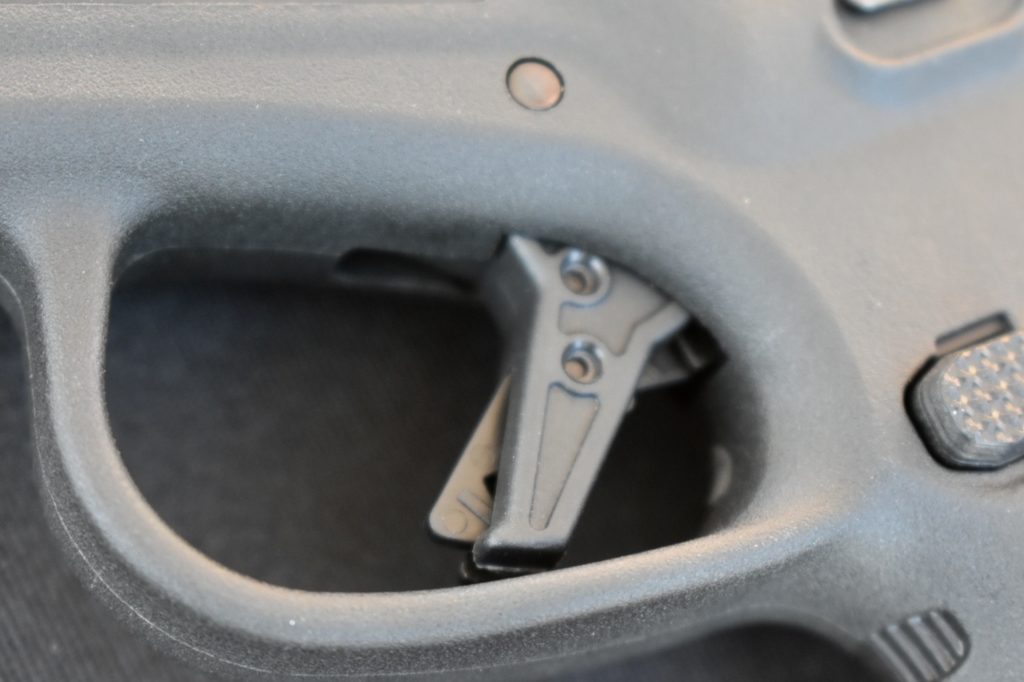 The trigger has a 6 pound pull weight and about a half-inch of travel.

The night sight model comes with TruGlo Tritium Pro sights and for about the same price as the Viridian E-Series red light laser model. All of the offerings are dehorned at the factory in order to reduce snagging on the draw.

I was able to shoot this handgun at range day, and I was very impressed with how it performed. The trigger is on-par with other striker-fired pistols. It has a little travel with a trigger pull around 6 pounds and is manageable. I was able to hit steel at 15 yards easily and the gun felt great in my hands. Overall shooting the MC1sc was a good shooting experience. 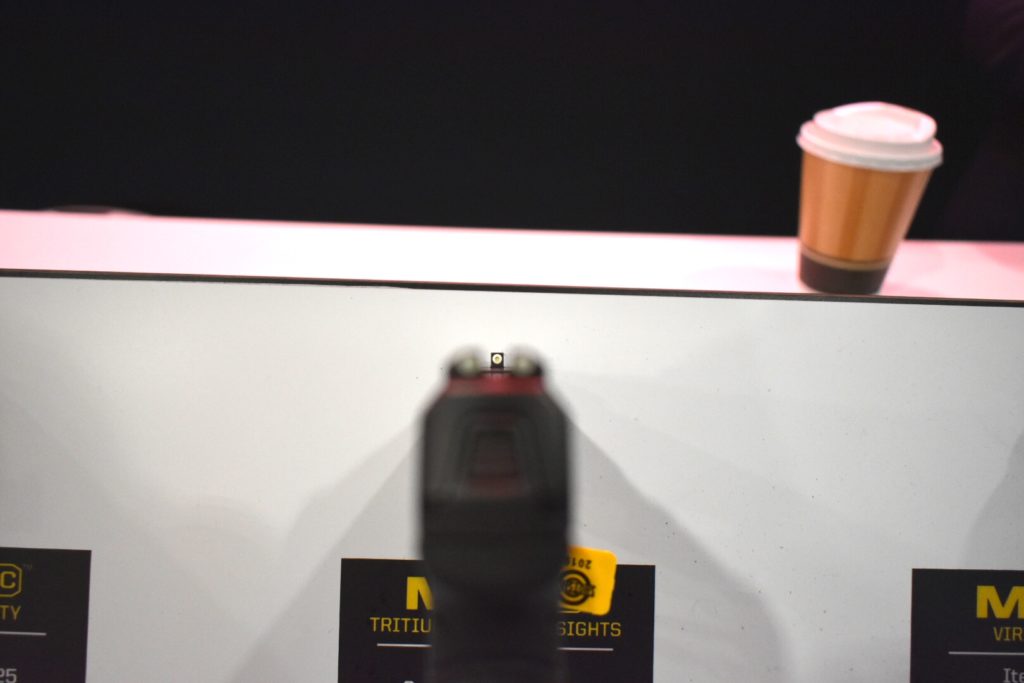 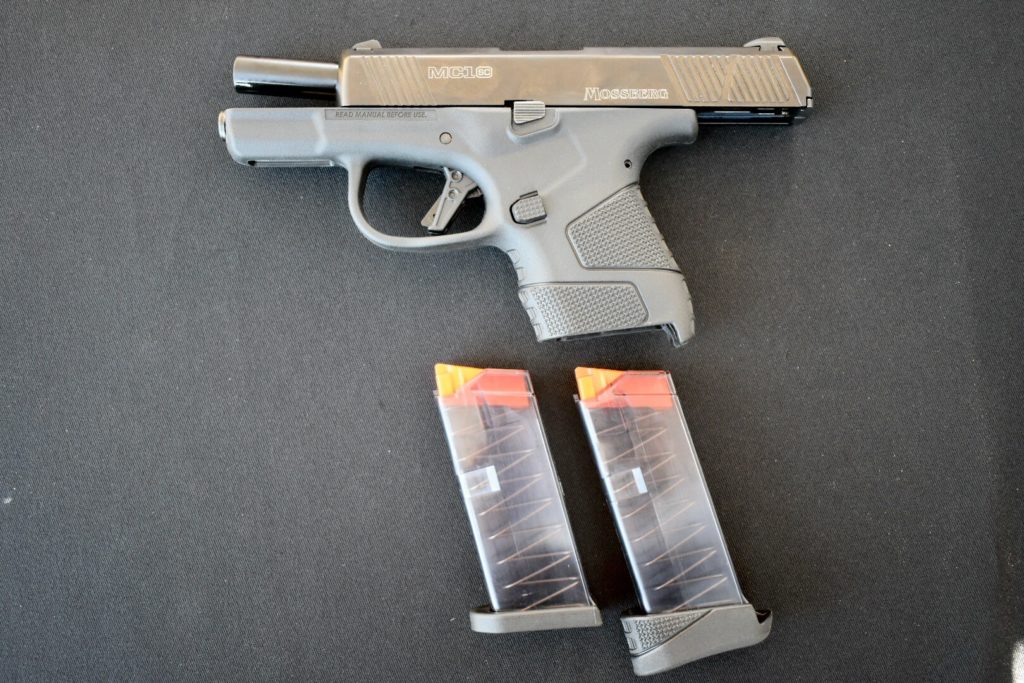 Shown with 6-round flush fit and 7-round extended magazine. 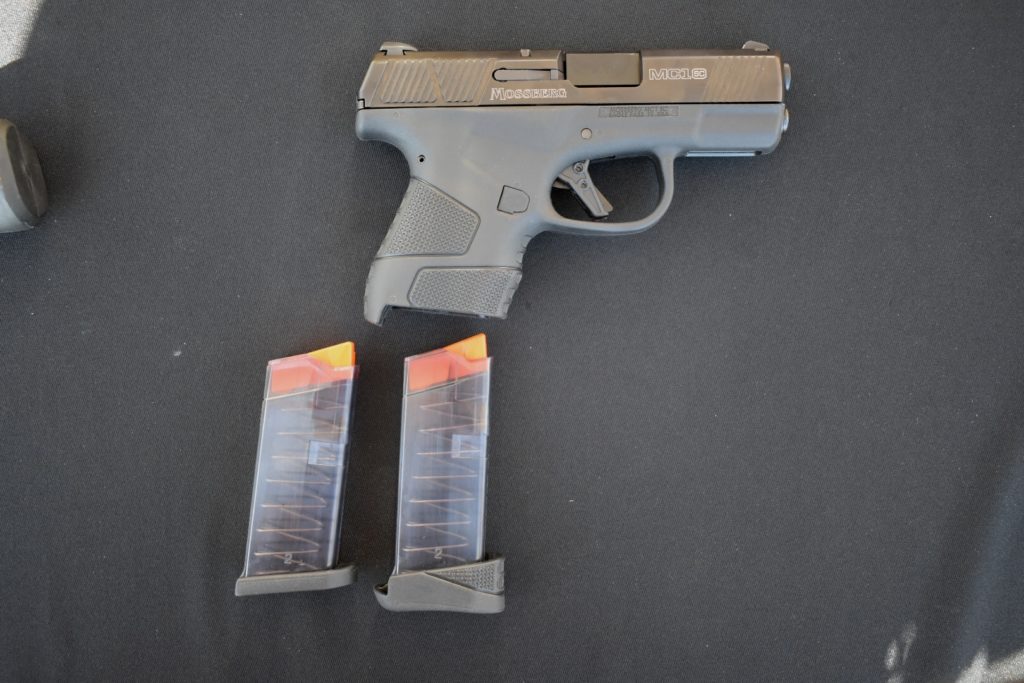