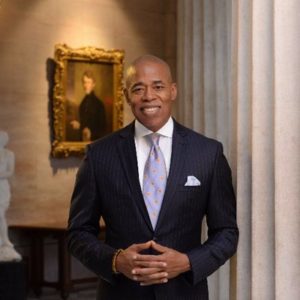 A proposed New York law would set forth a stunning precedent for gun owners if passed. Senate Bill 9191 would require that anyone getting a state handgun license to have “his or her social media accounts and search engine history reviewed.”

“We hear about these instances where there’s a mass shooting,” said assemblywoman-elect Jamie Romeo, “but there were all these red flags. People should’ve seen this activity or somebody should have … is there a way that we could’ve seen this before tragedy struck?”

State Sen. Kevin Parker of Brooklyn introduced the bill. If signed into law the bill would allow law enforcement to audit applicants’ search engine history as far back as one year and their social media accounts back three years.

People applying for or renewing their handgun licenses would have their histories searched for “commonly known profane slurs or biased language used to describe the race, color, national origin, ancestry, gender, religion, religious practice, age, disability or sexual orientation of a person.”

Today, @SenatorParker and I are announcing legislation to authorize the @NYSPolice and authorities like the @NYPD to conduct social media and internet search history reviews as part of the background check process for purchasing a gun. Our primary goal must be to #endgunviolence. pic.twitter.com/0IvlhHVRbJ

“Today, @SenatorParker and I are announcing legislation to authorize the @NYSPolice and authorities like the @NYPD to conduct social media and internet search history reviews as part of the background check process for purchasing a gun,” said local borough president Eric Adams on Twitter. “Our primary goal must be to #endgunviolence.”

“#Hatespeech that incites violence, or indicates the intent to commit violence, is not part of our constitutional tradition,” Adams continued. “As much as we want to eliminate hate speech entirely from our society, our primary goal must always be to end #gunviolence.”

“The Bill of Rights is totally under assault with this particular bill,” said New York Shooters Committee on Political Education, or SCOPE President Tim Andrews. “It’s an invasion of privacy. Some would see it as a Fourth Amendment violation and a violation of the First Amendment, freedom of speech.”

“What might seem offensive to you might not to me, and vice versa,” said Andrews. “And, unfortunately, even bigoted, tasteless speech is protected under the Bill of Rights. Your right to bear arms under the Second Amendment shouldn’t be subject to potentially limiting your First Amendment rights.”

The bill isn’t attached to any other initiatives and it is, most likely, just to continue the push for increased gun control in states with strict restrictions on the Second Amendment already in place. Legislators are using their letterhead to toss around ideas for new kinds of gun control even if it infringes on other amendments in the process.

Previous post: NRA and Second Amendment Foundation File Suit in Washington over I-1639