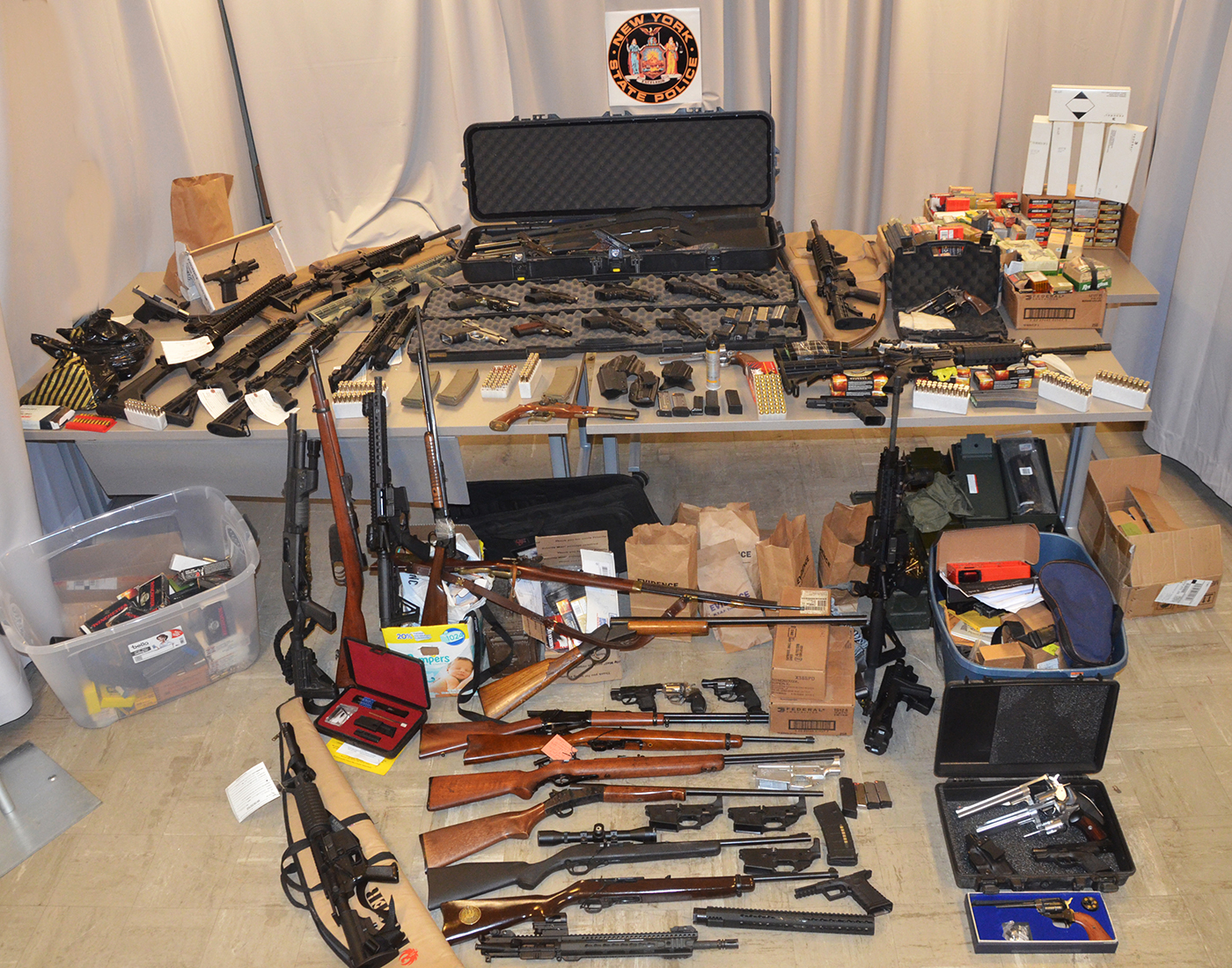 It is alleged that Marinelli manufactured dozens of rifles, including at least one fully automatic assault rifle, and sold them to individuals who are legally prohibited from possessing such weapons including members of an outlaw motorcycle group.  In some instances, Marinelli delivered the weapons using his marked police car.

Many of the weapons sold by Marinelli were “ghost” guns.  These guns are manufactured without serial numbers or have had their serial numbers removed.

The investigation into Marinelli’s activities arose out of a recent drug investigation called “Operation Bread, White and Blues,” which was concentrated on cocaine trafficking and the sale of narcotic pills by members of a self-proclaimed outlaw motorcycle club.  During the course of the investigation, officers learned that Marinelli had alerted a suspect that he was a target.

Members of the New York State Police, aided by the federal Bureau of Alcohol Tobacco Firearms and Explosives, obtained a search warrant for Marinelli’s home.  When they conducted a search of the residence, they discovered gun parts, tools used to manufacture weapons, and numerous firearms. 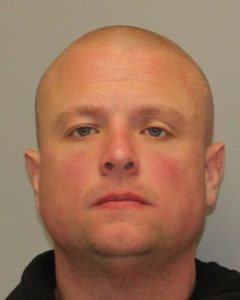 The Orange County District Attorney, David Hoovler, told the Times Herald-Record, “I am enraged that a police officer would sell exactly the types of weapons that are used to kill innocent people, including police officers.  The types of ‘ghost’ guns which were recovered in this case are valuable to criminals precisely because they are difficult to trace.  A police officer who alerts an armed drug dealer who has proudly proclaimed his status as ‘outlaw’ motorcycle club member, that he is the subject of police investigation, not only compromises the investigation, but puts his fellow police officers at risk.”

Marinelli is currently being held in the Orange County Jail.  Bail was set by the Town of Deerpark Court in the amount of $200,000 cash or $600,000 surety bond.  Marinelli’s next court appearance is scheduled for March 7, 2019.