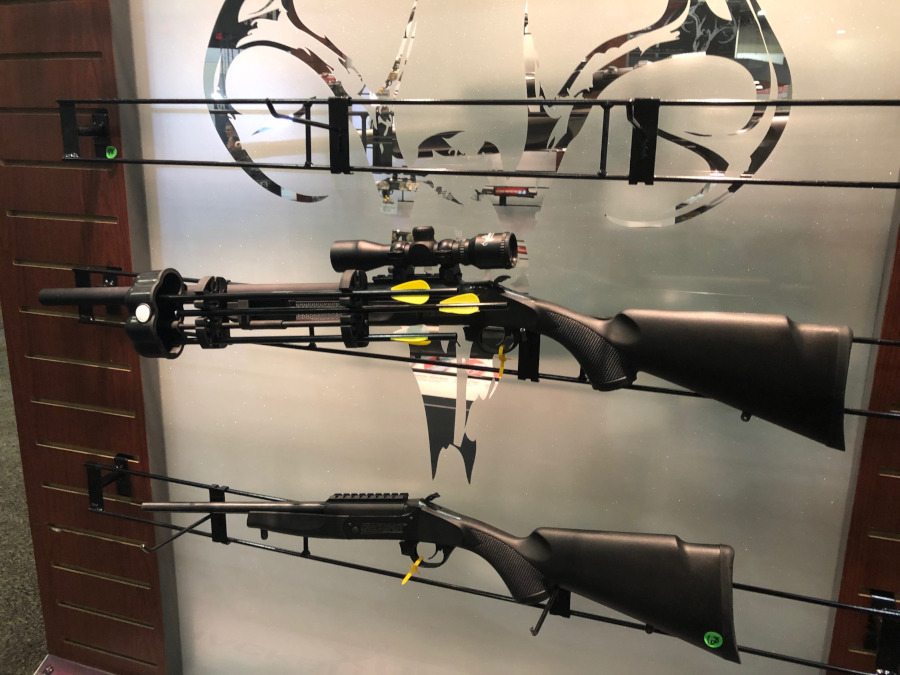 Traditions Performance Firearms announced a new arrow launcher earlier this year called the Crackshot XBR. Built around a break-action rimfire rifle, the Crackshot uses a .27-caliber blank to push a specially-designed arrow out the muzzle at speeds of up to 385 feet per second.

Traditions says that this works out to just under 100 foot-pounds of force at 30 yards, which puts the arrow in the 300-grain range. It’s going to be quiet, too. According to Traditions, the Crackshot only makes about 80 decibels of noise when firing.

By design the Crackshot requires a different kind of arrow. Called Firebolts, the arrows have hollow shafts that slide down over the launching tube inside a large-diameter sleeve. The sleeve has an overall length of 22 inches, while the tube itself measures in at 21 inches long. 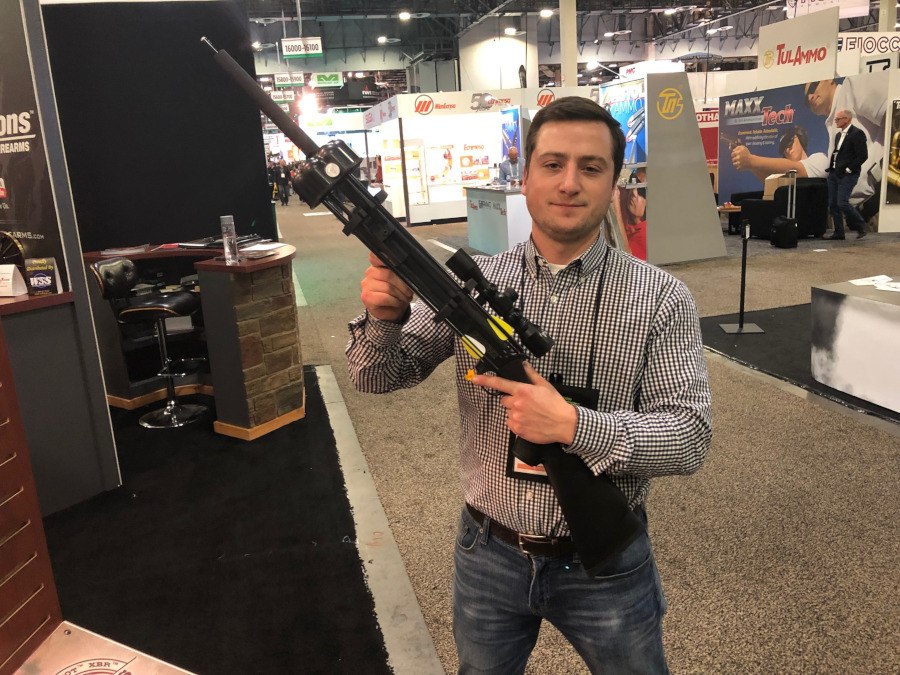 The tube gets loaded with a blank, which, when fired, uses the compressed burning gas to send the arrow out from the muzzle. Each Crackshot comes with three Firebolts. Traditions will offer additional arrows and their own brand of Powerload blanks separately.

The Crackshot has a lot of practical appeal for hunters, especially if it gets classified alongside crossbows by local wildlife departments. For now, the ATF is calling it a muzzleloader. Traditions is working with wildlife officials around the country to get the Crackshot green-lit for hunters. 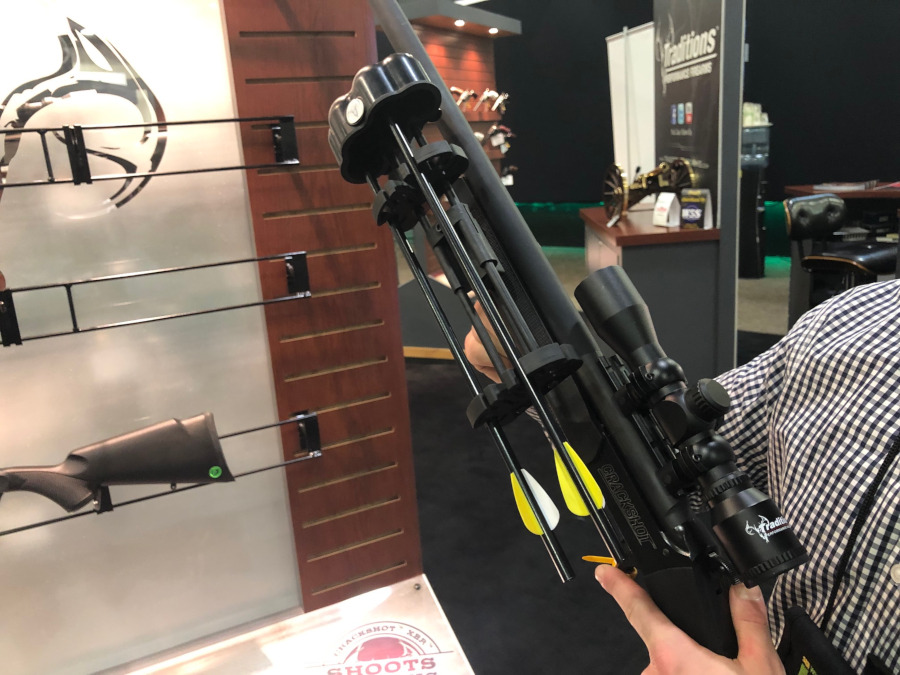 As an added bonus for hunters and plinkers everywhere, Traditions will include a 16.5-inch rimfire barrel assembly chambered for .22 Long Rifle with each Crackshot. On top of that, each Crackshot ships with a Traditions 4×32 riflescope.

Set up as an arrow launcher or rifle the Crackshot weighs around 4 pounds, which is about half of what a similarly powered crossbow can weigh.

Traditions hasn’t set a firm release date for the Crackshot and some details might change by the time these start hitting store shelves. The suggested retail price will probably be $449 for the base model and $50 more with a Kryptec Highlander camo upgrade. 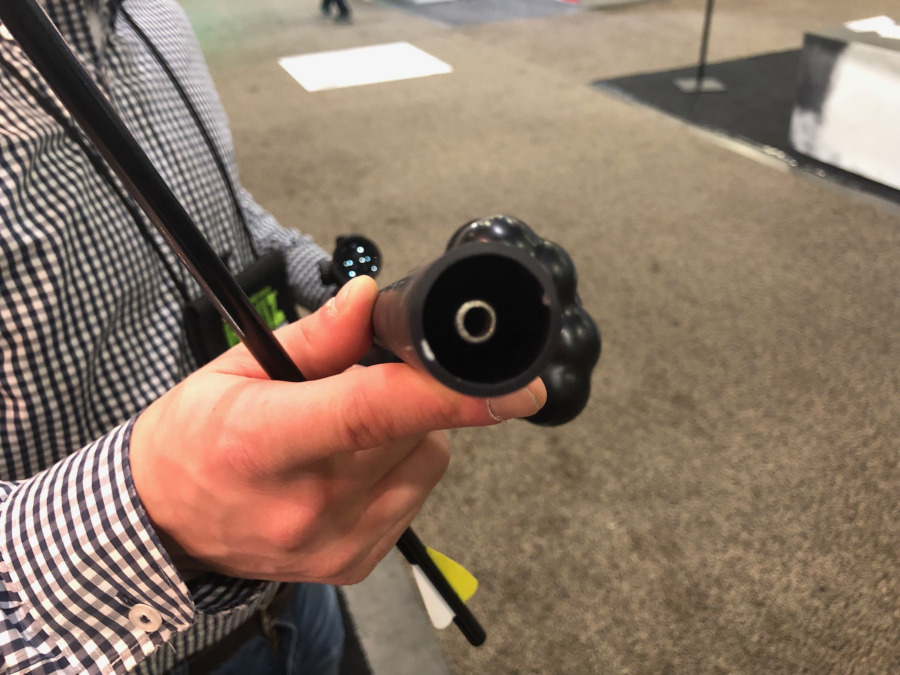 Replacement 6-packs of arrows will run $29 and Powerload blanks $24 for 100. Real-world and online pricing is likely to be less across the board. For more info head over to the Traditions website.

Next post: Purchase an FN And Get Cash Back! Spring Rebate & Gear Promo Now Active!