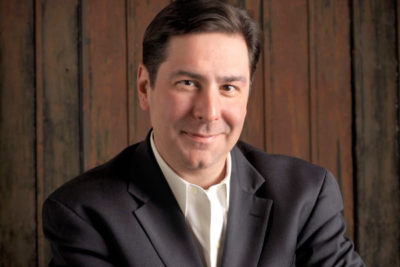 The mayor of Pittsburgh has proposed three anti-gun statutes that would ban semi-automatic rifles, a variety of accessories, and allow the confiscation of firearms (Photo: Bill Peduto Facebook)

Pittsburgh Mayor William Peduto has been a busy boy. Last week he was in Paris grandstanding about climate change, and now he’s sticking his proverbial finger in the eye of the Pennsylvania state legislature by proposing a trio of anti-gun measures in direct contradiction to the state’s firearms preemption law.

“No one in America wants a country where guns make our schools unsafe for children, families afraid in places of worship, and where our streets are stained every day with innocent blood,” Peduto said in a press release. “The morality we all share, across every race, gender, ethnicity, region and religion, compels us to take action.”

But like Mayor Peduto’s international climate change efforts, his anti-gun measures appear to be more for show than anything else.

Like many states in the Union, Pennsylvania prohibits local municipalities from passing ordinances that contradict state law. As 18 Pa.C.S.A. § 6120 clearly states:

No county, municipality or township may in any manner regulate the lawful ownership, possession, transfer or transportation of firearms, ammunition or ammunition components when carried or transported for purposes not prohibited by the laws of this Commonwealth.

In a 1996 challenge to Pennsylvania’s preemption law, Ortiz v. Pennsylvania, the Supreme Court of Pennsylvania explained the reasoning behind the statute:

In other words, if the Pennsylvania General Assembly hasn’t seen fit to ban semi-automatic rifles, Pittsburgh has no right to act on its own.

But as a member of the #resist movement, Peduto plans to #resist until he can’t #resist any more.

His “assault weapons” ban would prohibit city residents from manufacturing, selling, purchasing, transporting, carrying, storing, or otherwise holding any semi-automatic rifle, pistol, or shotgun deemed to have too many scary features and accessories.

The accessories/magazine/ammunition ban would prohibit the possession of magazines capable of holding more than ten rounds, “armor-piercing” ammunition (which includes all-copper bullets), bump stocks, binary triggers, suppressors, and “semi-auto modifications.” The ordinance defines this last prohibited item as any part or accessory that “accelerates the rate of fire of a semi-automatic firearm,” which may include lightened triggers.

Finally, Peduto has also proposed an extreme risk protection order law. As with similar laws recently passed around the country, the statue would allow law enforcement, family, and household members to petition a court to seize a person’s firearms if they believe the person presents a danger to themselves or others.

The mayor’s “trio of common-sense measures” must still be passed by the city council, which plans to hold debates and hearings in the coming weeks. Click here to access the city council’s calendar.

Next post: Hot Tactics for Cold Weather: Turn Up the Heat on Your EDC