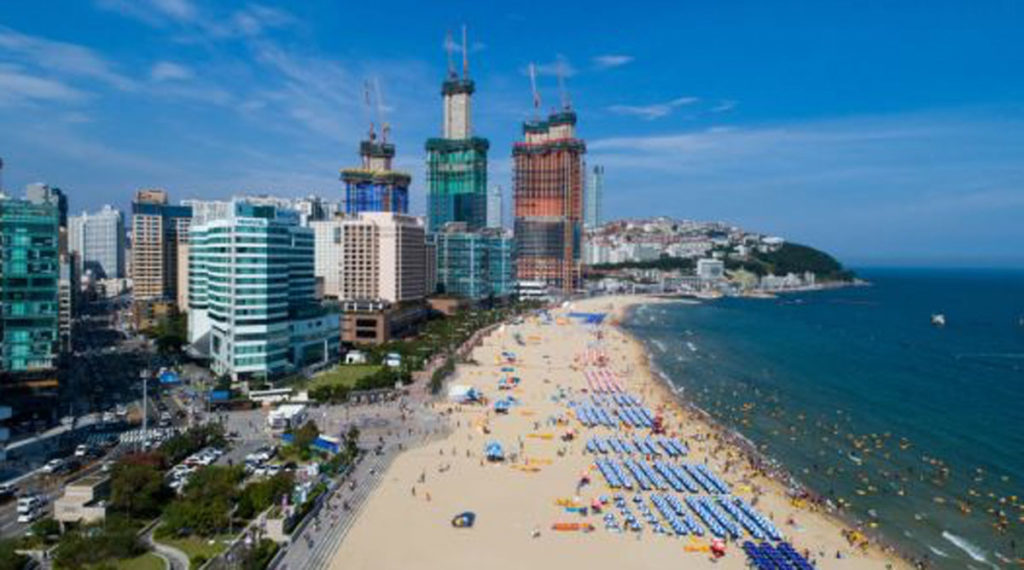 South Korea today is a wildly prosperous democracy, but such has not always been the case.

Today South Korea is a thriving democracy and one of the United States’ most ardent Asian allies. 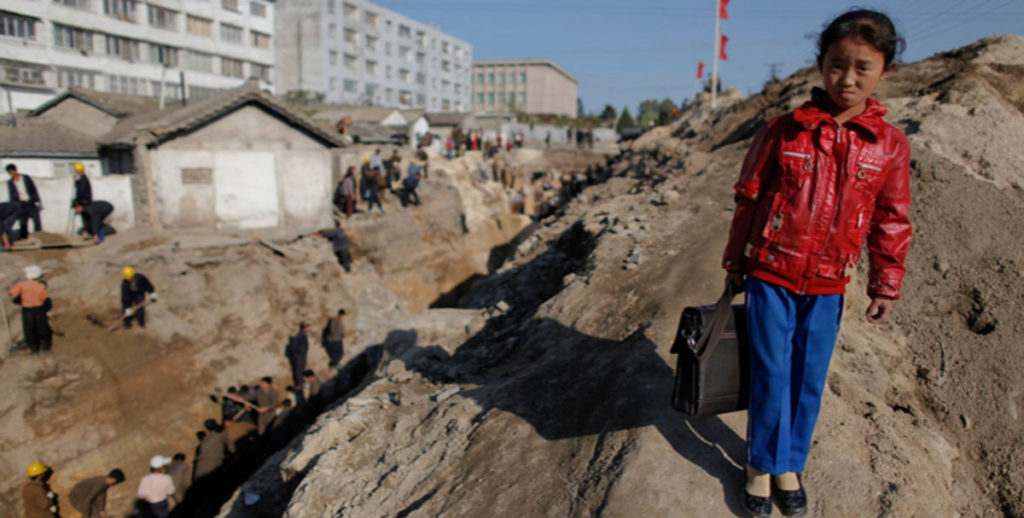 South Korea’s perennial enemy in the North remains arguably the purest example of a Marxist state on the planet. As a result, the country is predictably desolate, broke, and suffering.

South Korea’s breathtaking wealth and productivity stand in stark contrast to the poverty and despair to be found in its neighbor to the North. While modern Americans might presume that South Korea has been free and prosperous ever since the end of the Korean War, such was not always the case. Today’s South Korea has a sordid history indeed. 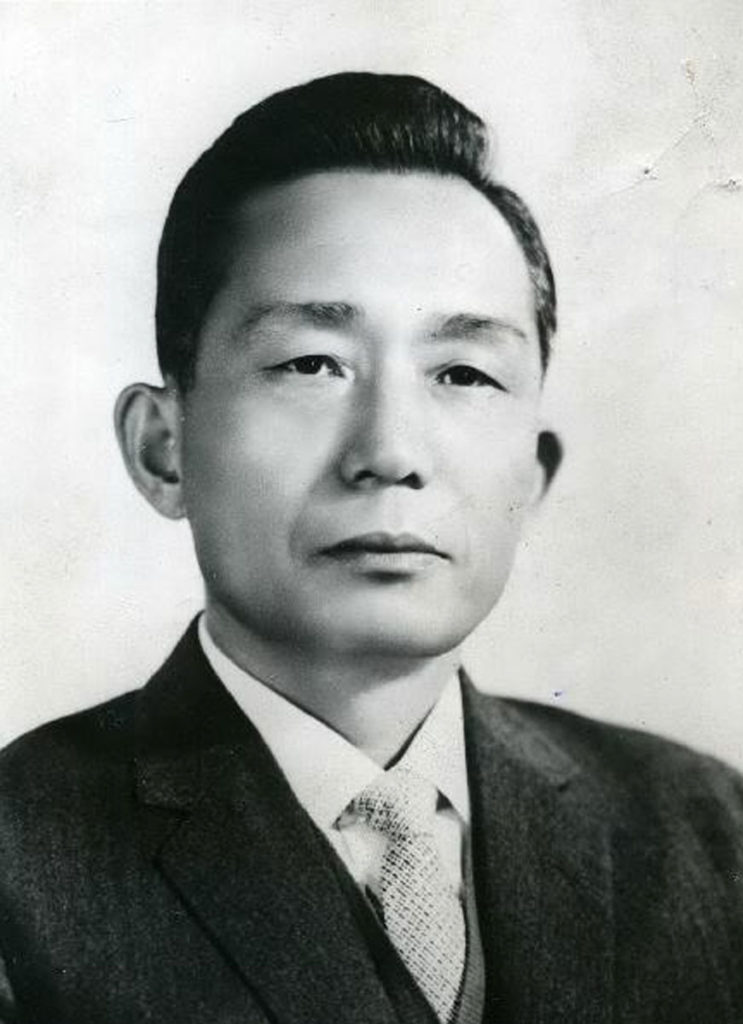 South Korean President Park Chung-hee is part of an extremely small fraternity—he is a demised despot with a positive legacy. Assassinated by one of his closest allies and renowned for his repressive dictatorial regime, he nonetheless remains a beloved and revered leader today. In 2015 a Gallup poll in South Korea found that 44% of respondents felt that Park, despite his oppression of civil liberties and widespread use of torture, was the greatest President in the country’s history. When you make a country rich there appears to be no end to the egregious mischief a people might grow to tolerate.

A Most Beloved Monster 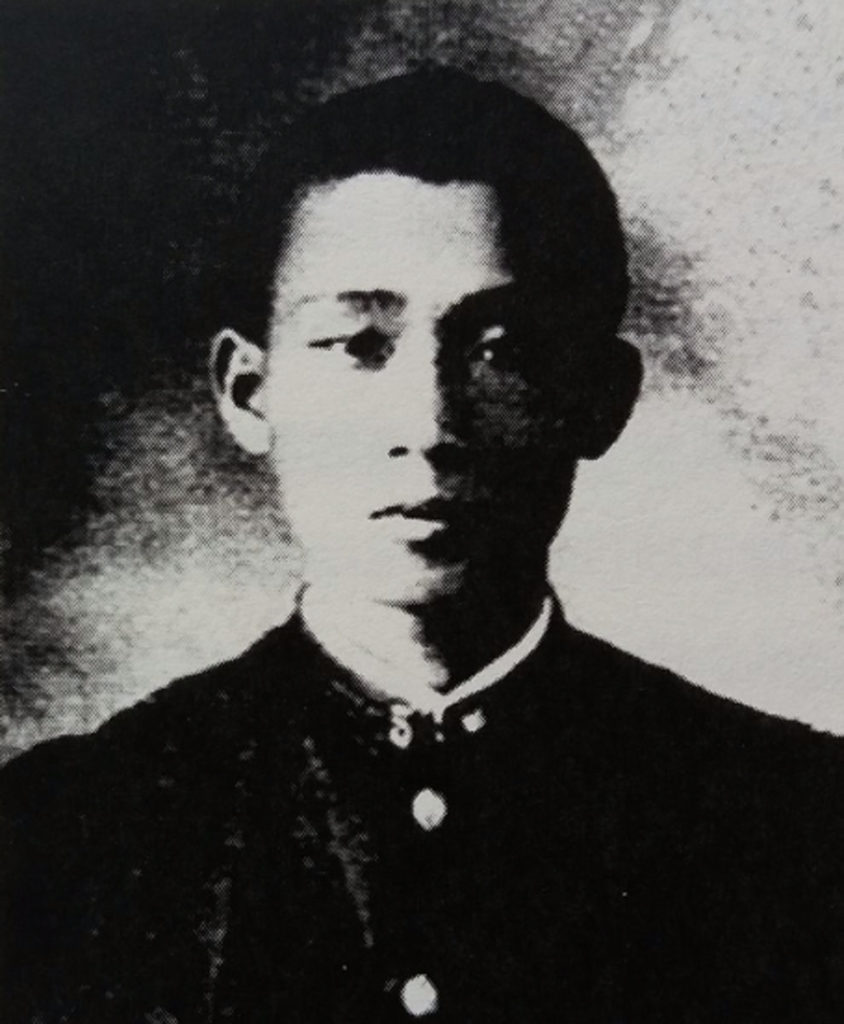 As a young man Park chafed at his rural upbringing.

Park Chung-hee was born in 1917 as the youngest of five brothers. Intelligent and ambitious, Park was raised in rural Korea then under Japanese control. As a child, Park revered Napoleon and regretted that his humble upbringing might prevent his ever attaining significant political power. 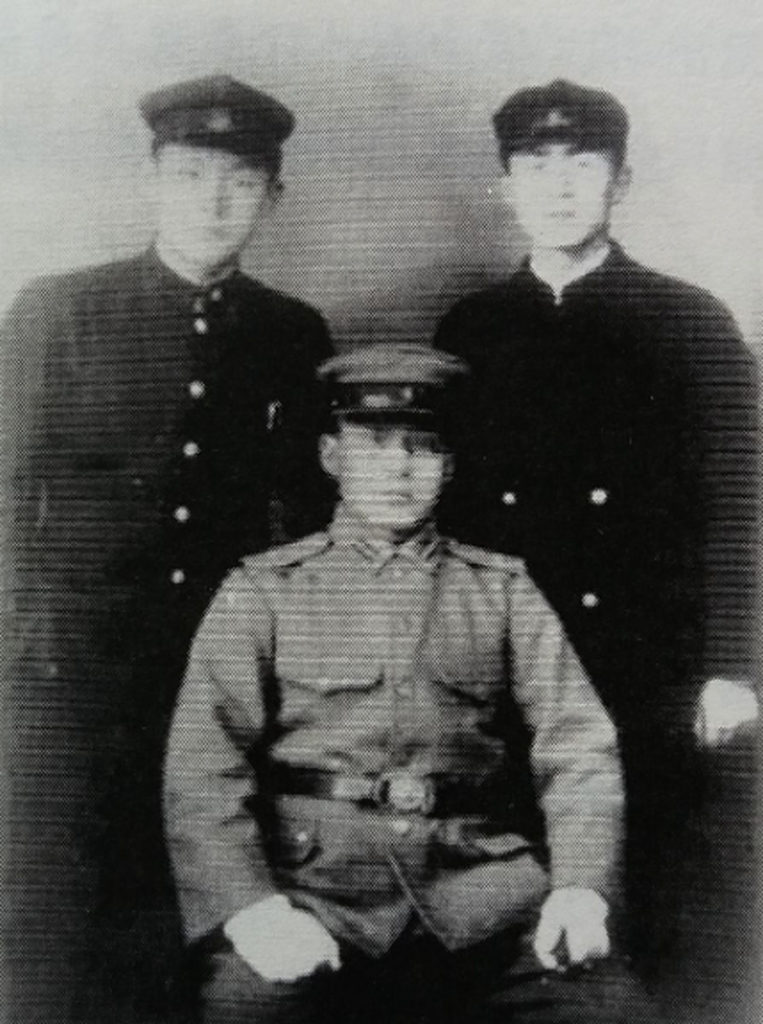 Park expressed admiration for Bushido, the Japanese “Way of the Warrior,” and he was trained in the military arts under Japanese tutelage. Park served as an officer in the Manchukuo Imperial Army, a puppet force underneath Japanese control during World War 2. After the war Park returned to Korea and enrolled in the Korean Military Academy. He graduated in 1946 alongside his close friend Kim Jae-gyu. This relationship was destined to become complicated. 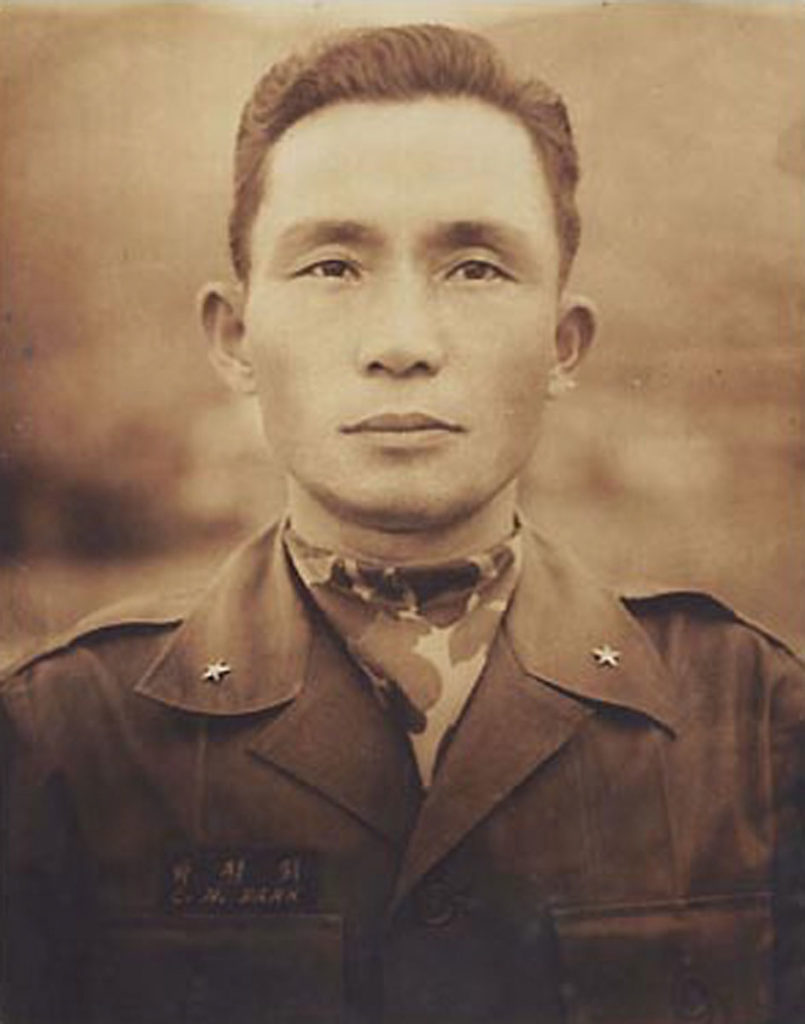 Korea was a chaotic place after the Second World War, and political intrigues ran rampant. Park was accused of supporting a communist cell in 1948 and sentenced to death for his unsubstantiated crimes. His sentence was ultimately commuted, but he was forced out of the military. The advent of the Korean War brought Park back on active duty and provided a fruitful channel for his ambition and political acumen. 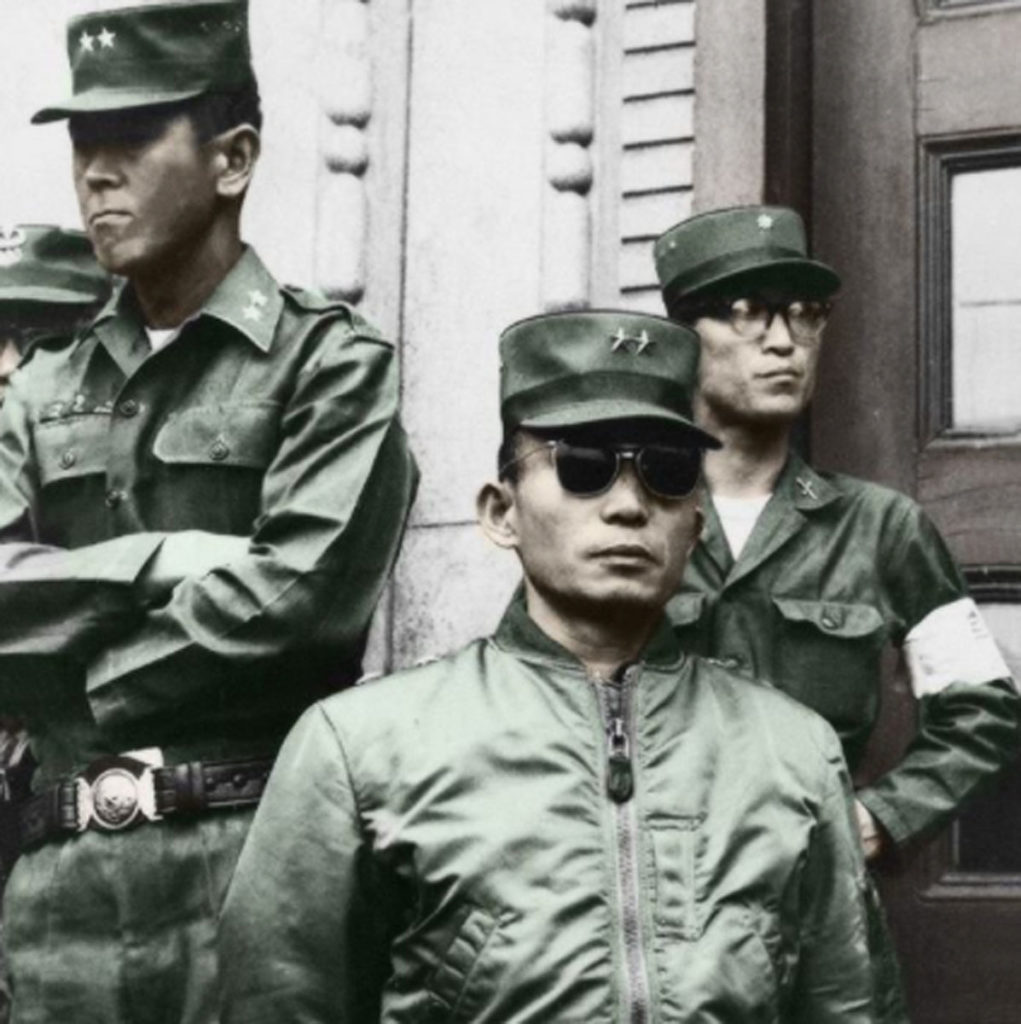 By 1953 Park was a Brigadier General selected for training at the US Army Artillery School at Fort Sill, Oklahoma. Park’s career was henceforth meteoric and ultimately led to his assumption of supreme power via a military coup in 1961. The Korean people were by this time exhausted by the turmoil and welcomed Park’s iron-handed leadership, if only as a respite from the chaos. 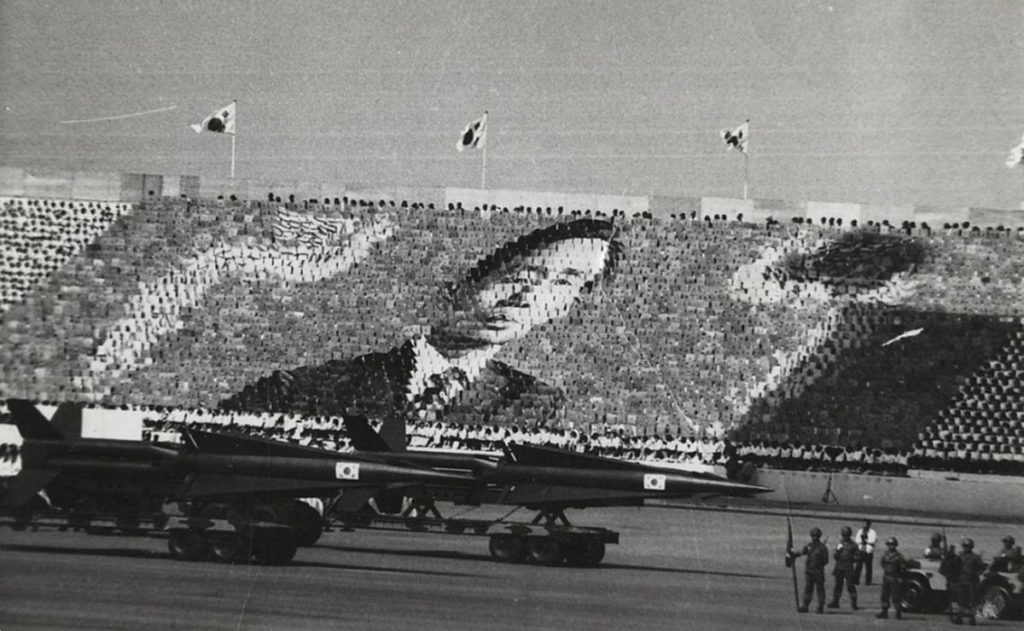 Absolute power corrupts absolutely. At the height of his dictatorial power, Park was both revered and feared.

Here things become morally muddy. Some South Korean historians have referred to Park’s regime as a “Developmental Dictatorship.” For his part, Park applied his distinctively militaristic worldview to the task of civil leadership. A dictatorship inevitably emerged. 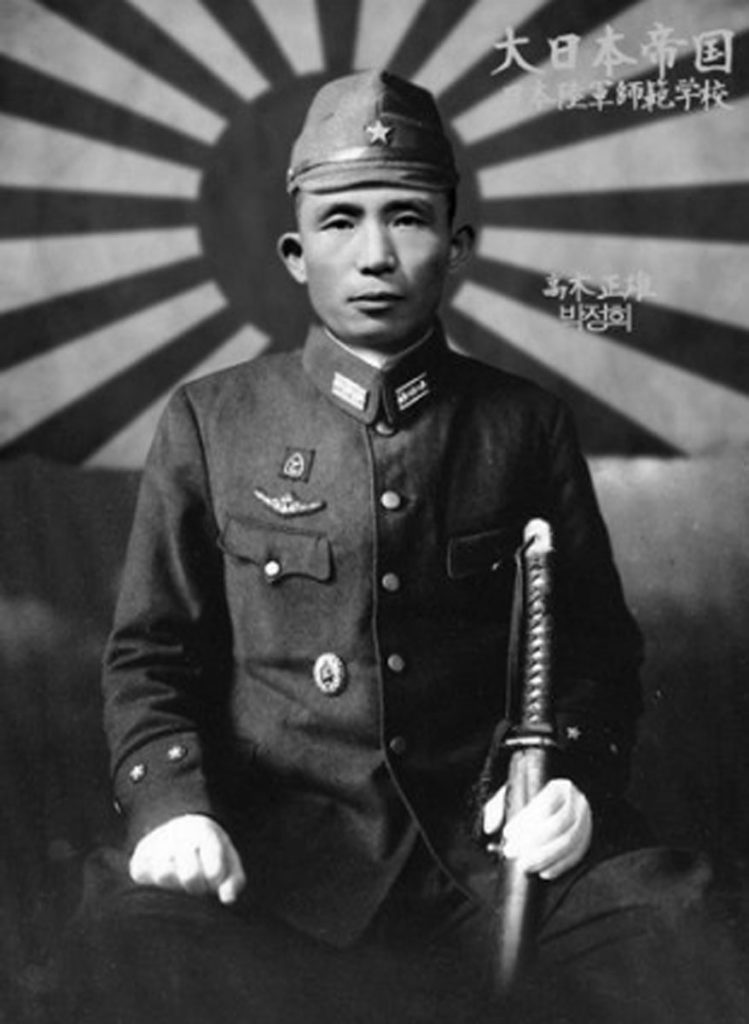 Park’s training as a young officer serving under Japanese command shaped his subsequent policies and behavior.

Park was a product of his disciplined Japanese military training. This resulted in mass arrests, torture, and the suspension of human rights for those opposing his vision for South Korea. It was simply that, in this case, his vision remained fairly popular. 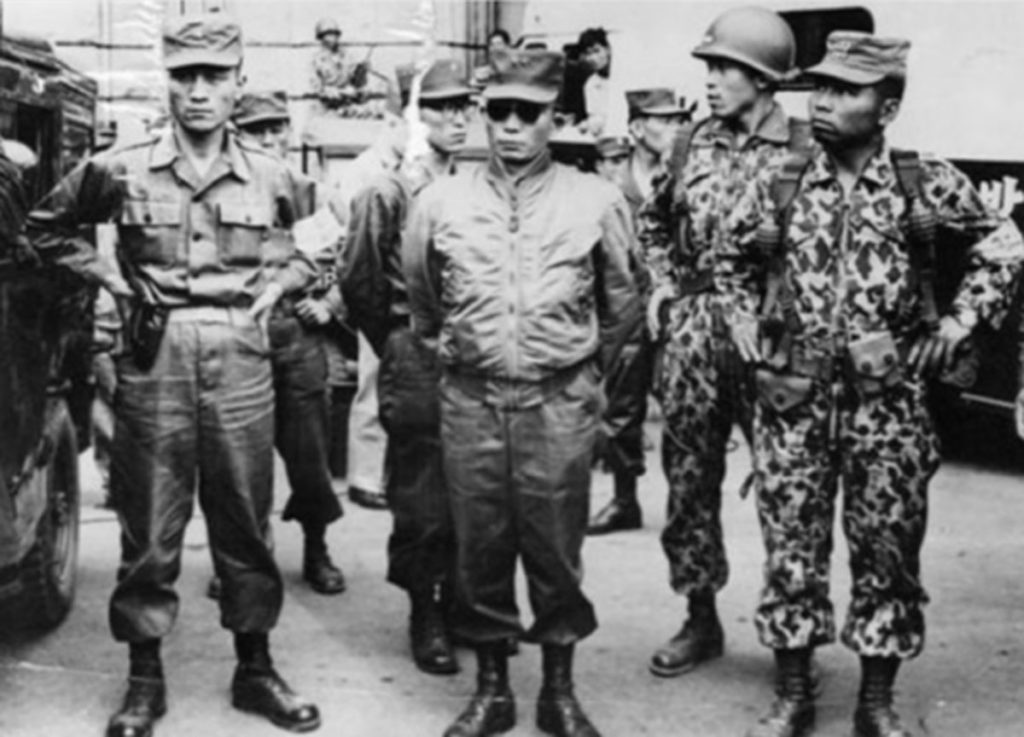 President Park retained control of both military and civilian arms of the South Korean government, rewriting the country’s constitution as needed.

Park arrested vagrants and put homeless street kids to work. He aggressively pursued kundaehwa or “modernization,” and the nation prospered wildly as a result. By March of 1962 Park had assumed Presidential power and promoted himself to Major General. So long as you were on his side he was a benevolent despot. To his many enemies, however, he was a monster. 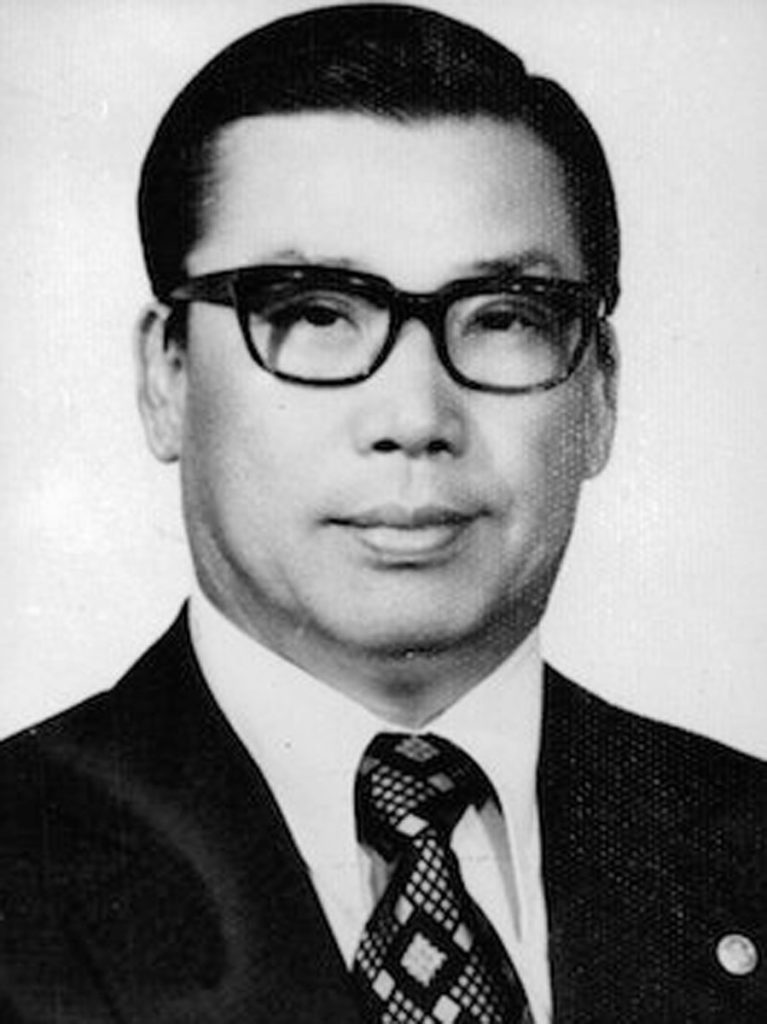 The head of the Korean CIA, Kim Jae-gyu, was an old friend of President Park yet remained a dangerous political operative.

It all came down to a fairly sophomoric personality conflict. Park’s old friend from the military academy, Kim Jae-gyu, was now head of the Korean Central Intelligence Agency and the second most powerful man in the country. Park’s confidante Cha Ji-chul was his chief bodyguard and a sworn enemy of Kim. Park Chung-hee was himself pretty much the king of South Korean everything. 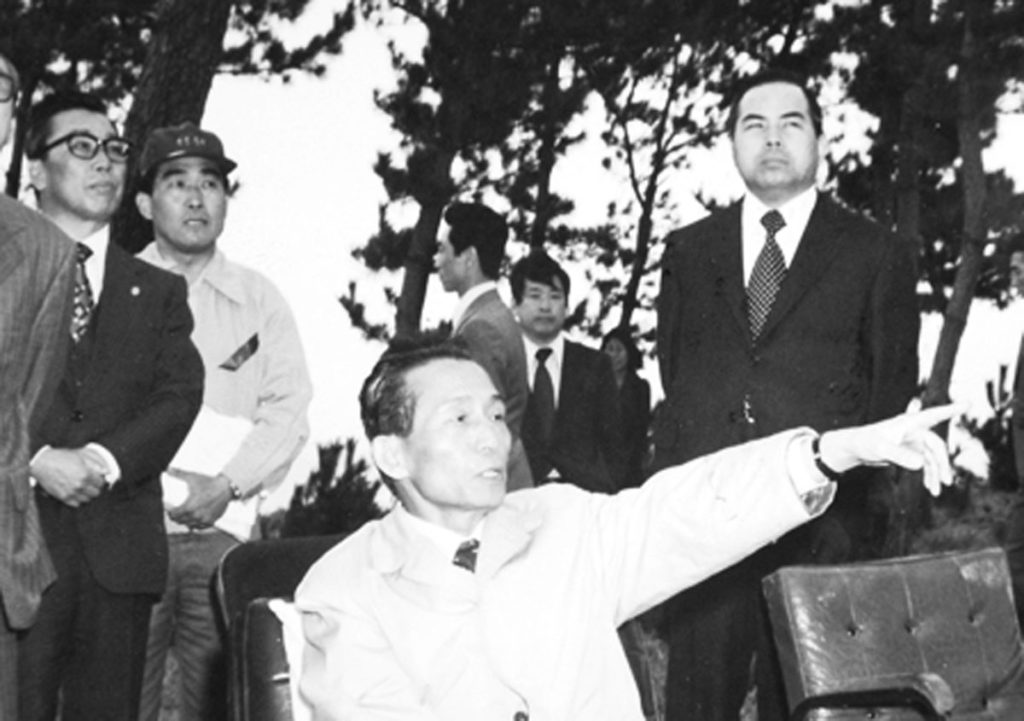 Kim the spy is seen here flanking President Park on the left. Cha the bodyguard is on the right.

Kim wielded Gestapo-grade powers as head of the nation’s intelligence apparatus. Cha was granted broad authority and latitude to secure the person of the President. He regularly requisitioned troops, helicopters, and military vehicles in support of this mission. Cha eventually commanded the equivalent of a combined arms division as a result. Throughout it all, Kim and Cha hated each other. Cha, in particular, undermined Kim at every opportunity. By October of 1979, all the pieces were in place for a bloodbath. 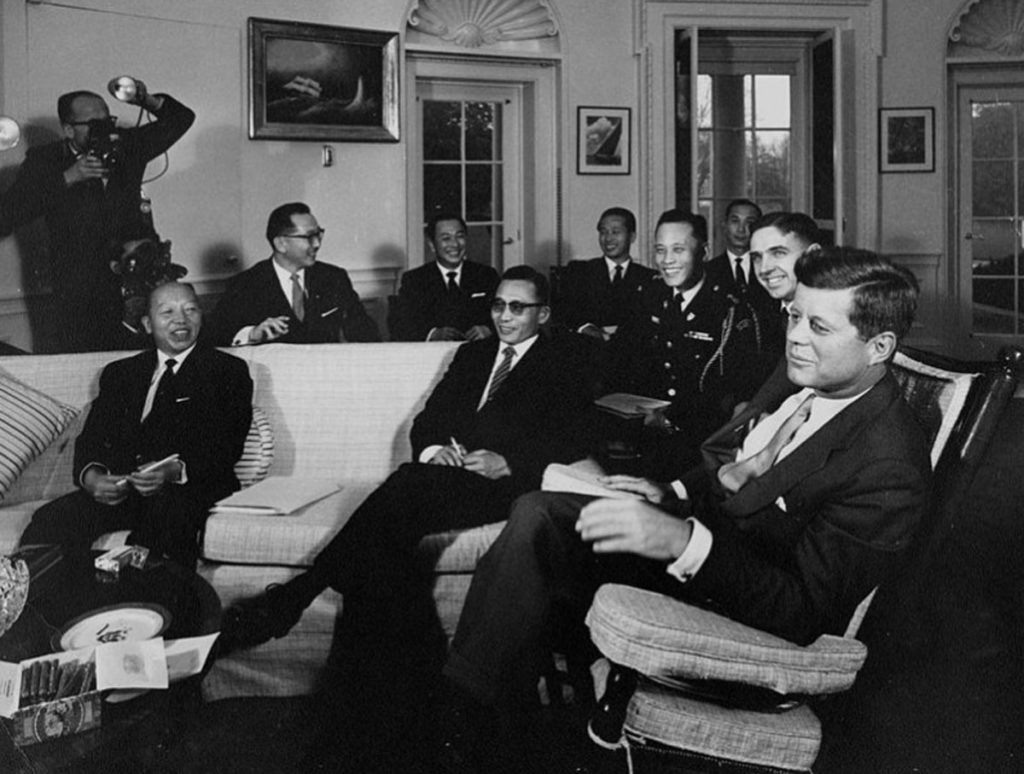 President Park reveled in his power.

Park was, like most dictators, a man of expansive appetites. He would host extravagant feasts at sundry KCIA safe houses for his closest confidants, sometimes as many as ten per month. These events included plenty of rich food, expensive booze, and copious female companionship. They also provided an opportunity to tweak the trajectory of government with the most powerful men in the nation. 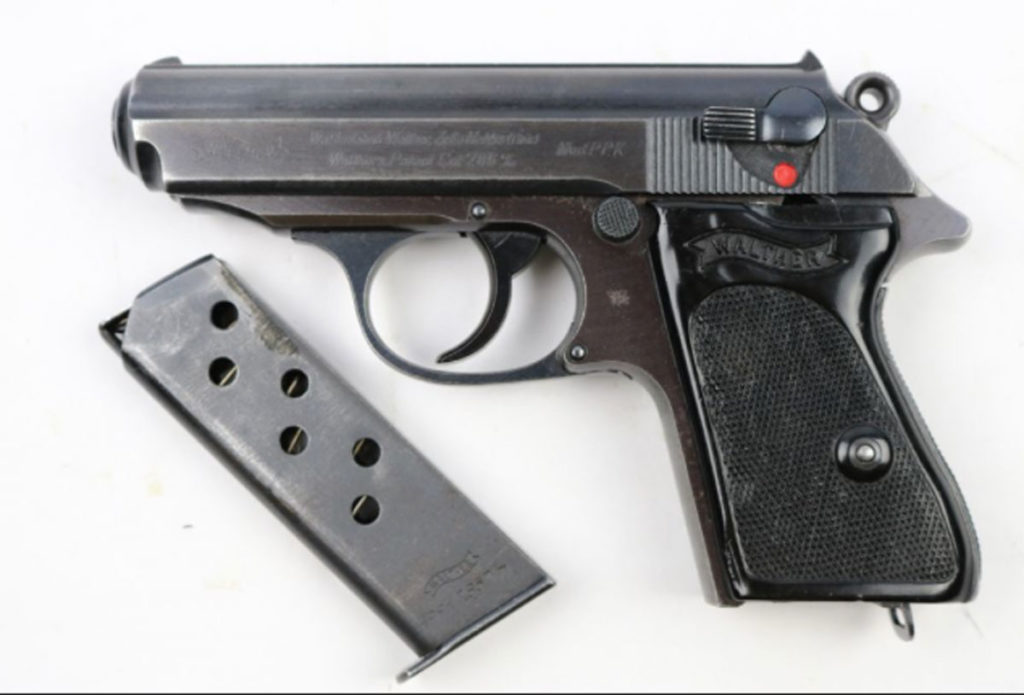 The Walther PPK in .32ACP is an easy gun to carry but doesn’t project a great deal of knockdown power.

On the evening in question, Chief of Security Cha was in rare form, repeatedly belittling head of the KCIA Kim for his lack of fortitude in dealing with ongoing protests. Cha’s suggestion that demonstrators and opposition lawmakers be “mowed down with tanks” was not well received by the relatively more moderate Kim. After some extensive goading, Kim left the meal only to return with a .32ACP Walther PPK. 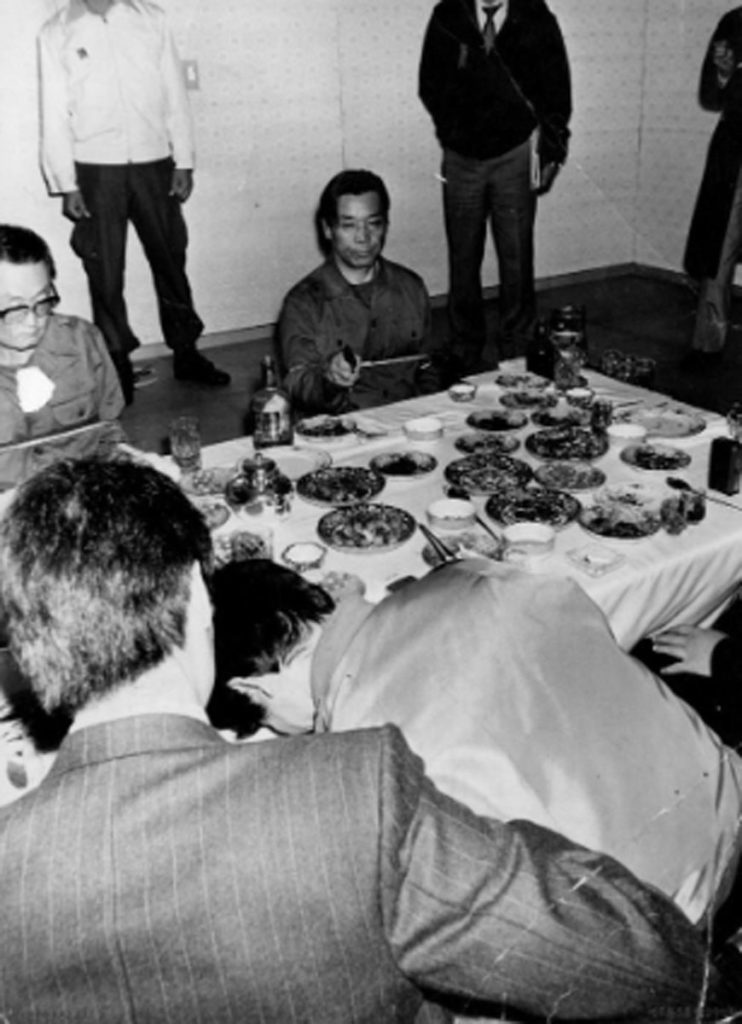 Kim shot Cha in the left arm with the little German gun before turning it on President Park and shooting him in the left chest. Then the diminutive pocket pistol jammed, allowing Cha to retreat to a bathroom. 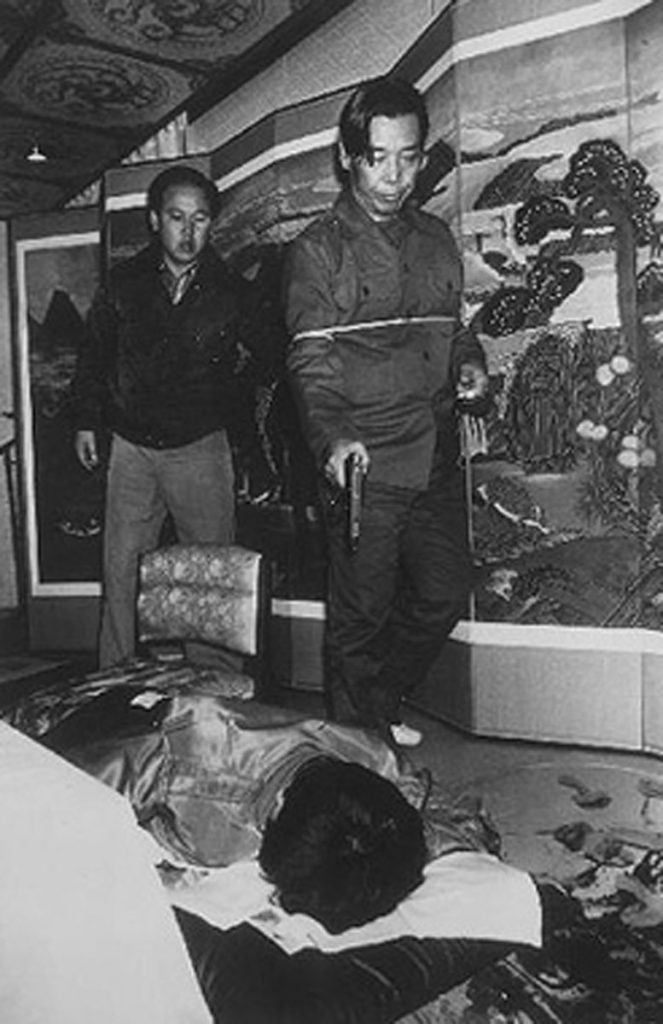 Kim ultimately finished the job with a snub-nosed Smith and Wesson revolver.

Kim retrieved a .38-caliber Smith and Wesson Chief’s Special from a subordinate and hunted down Cha, killing him with a round to the abdomen. Kim then returned to Park, exchanged a few words, and shot him in the head execution-style. In the subsequent carnage, another three Presidential bodyguards, as well as Park’s personal chauffeur, were also killed. 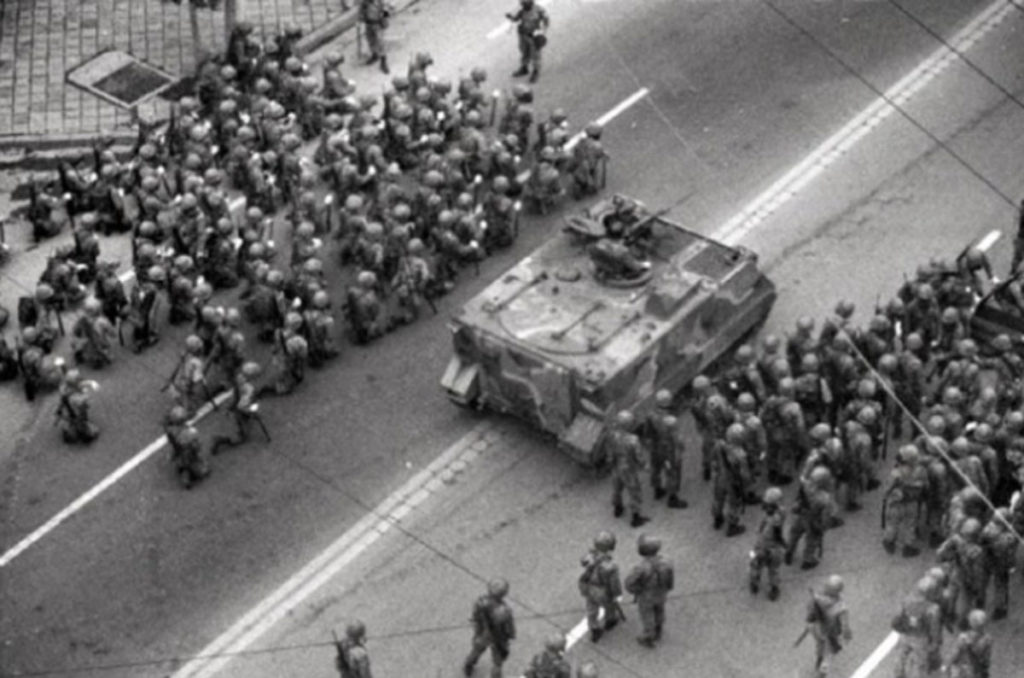 The aftermath of a coup attempt is seldom tidy.

As is typically the case after a violent coup attempt, things went fairly sideways from there. Kim tried but failed to consolidate power before being arrested by Army Chief of Staff Jeong Seung-hwa. Kim claimed he had acted out of patriotism to save the country he loved from a despot. He was subsequently tortured and eventually hanged the following May. Whether the assassination was a spontaneous act of passion or a premeditated event is enthusiastically debated to this day. 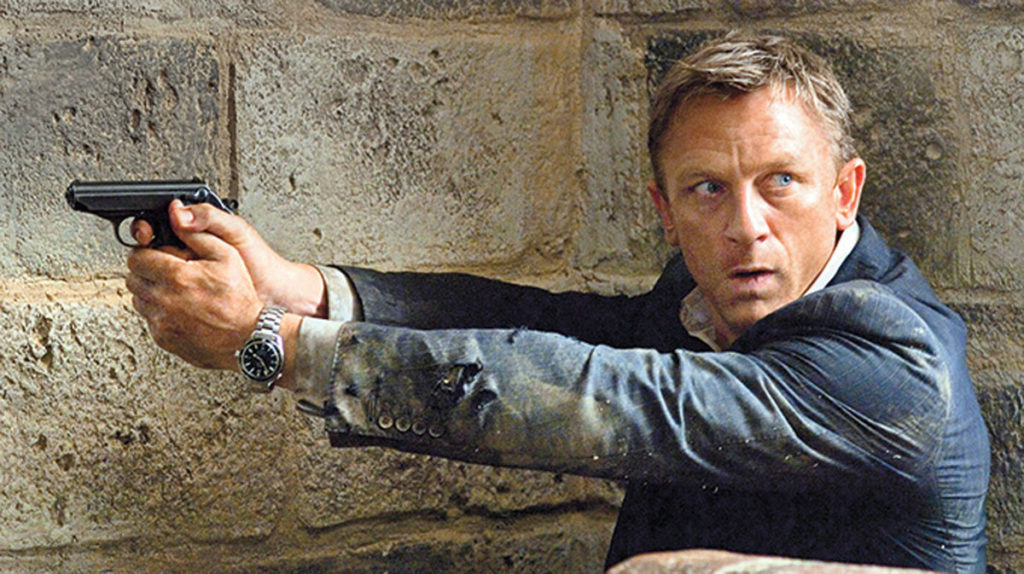 007 made the Walther PPK famous.

The Walther PPK gained its fame not in the hands of any real-world spies but when wielded by the world’s most famous fictional assassin. 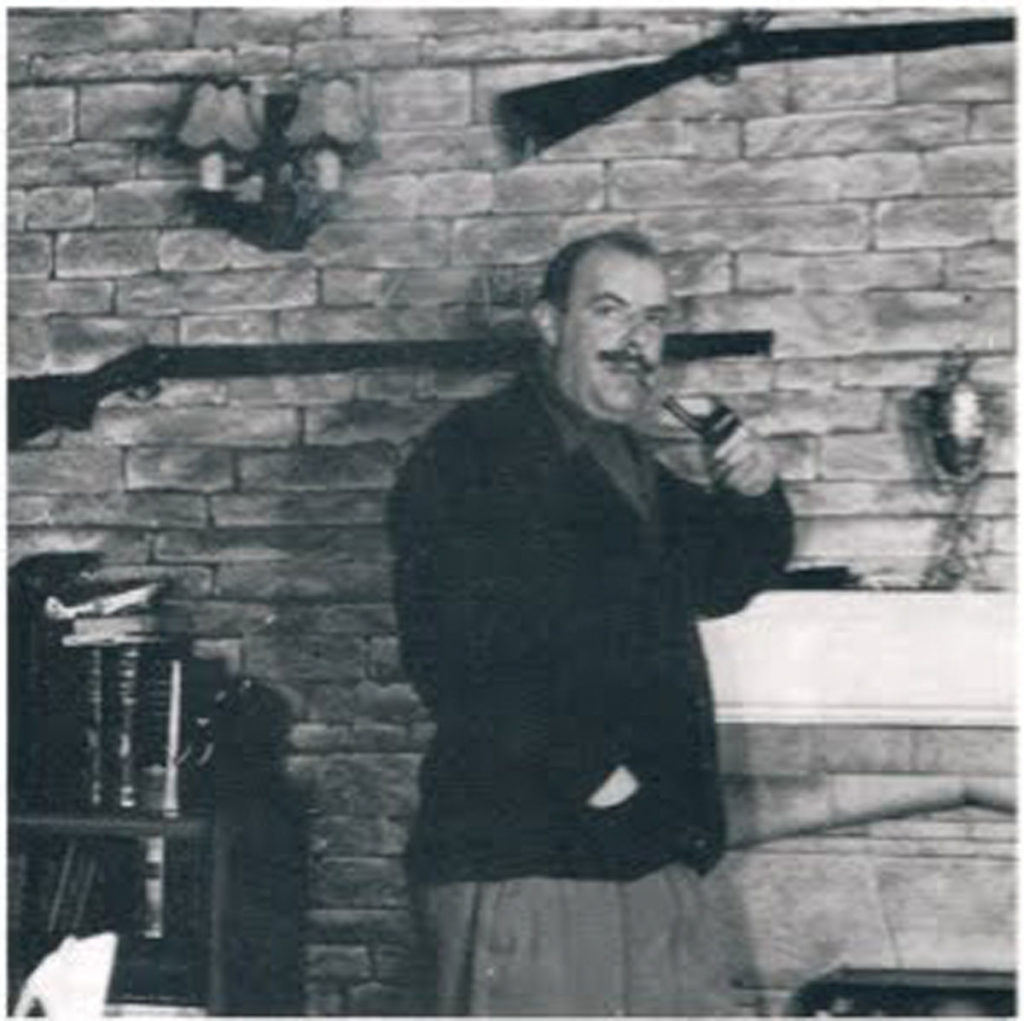 Ian Fleming equipped his archetypal secret agent James Bond with the trim German automatic after receiving a letter from a reader and firearms aficionado named Geoffrey Boothroyd. Boothroyd explained that the .25-caliber Beretta Model 418 Bond had been carrying was actually a lady’s gun. 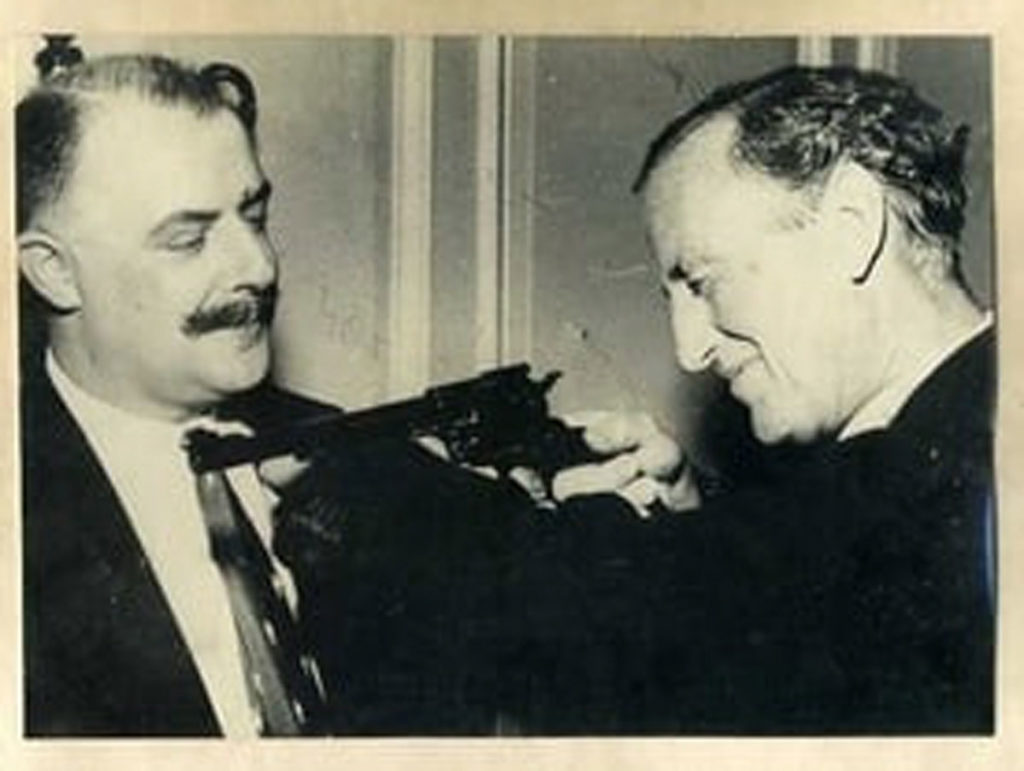 Geoffrey Boothroyd (left) and Ian Fleming developed a friendship after Boothroyd sent the author a letter suggesting a change in armament for 007.

In appreciation of the advice, Fleming wrote Boothroyd into his future narratives as Q, Bond’s longsuffering quartermaster. In the books, Q’s name is Major Geoffrey Boothroyd. 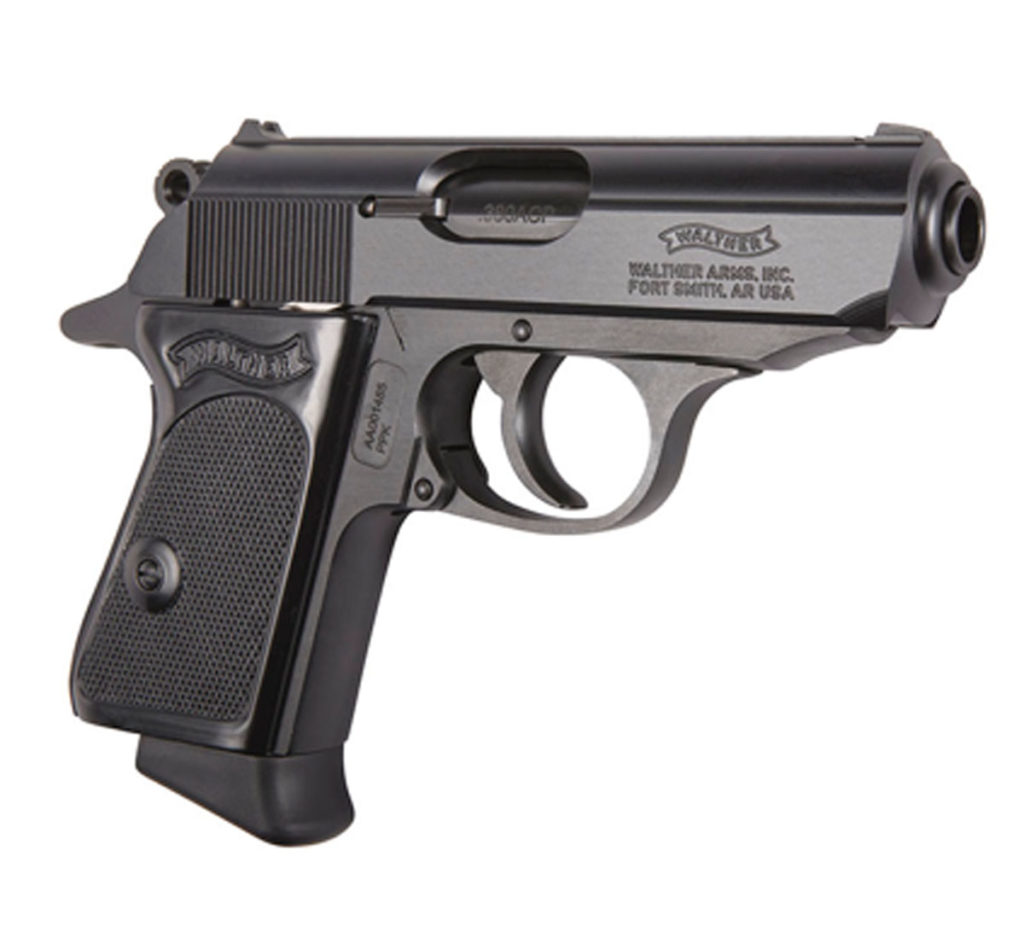 The Walther PPK was introduced in 1930 and remains in production today.

The PPK was the original brainchild of Carl Walther in the late 1920s. The slightly longer Walther PP was first sold in 1929. The shortened PPK came out a year later. A semiautomatic pocket pistol that operated via simple blowback, the PP-series guns incorporated such revolutionary stuff as an automatic hammer block, a combination safety/decocker, and a loaded chamber indicator. The single action/double action trigger Walther debuted with the PP went on to drive such classics as the Beretta 92, the SIG 220-series guns, and the Walther P88.

The PPK is a trim and versatile deep concealment arm. 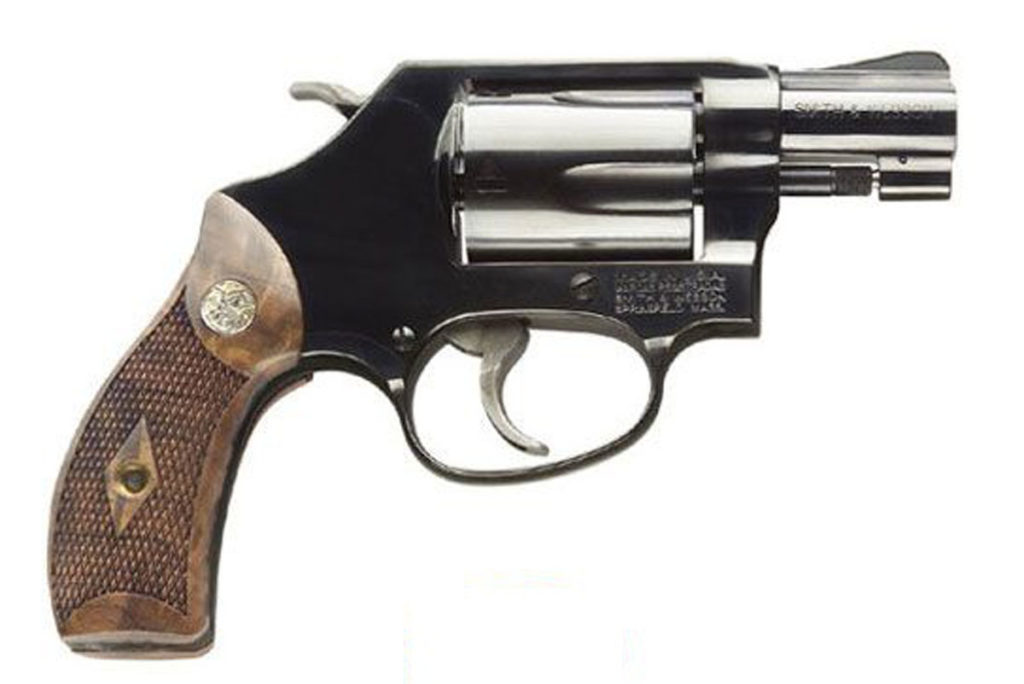 The Smith and Wesson Model 36 Chief’s Special has been widely exported around the world. The gun got its name as the result of a contest at a Law Enforcement Symposium.

The Smith and Wesson Model 36 Chief’s Special first entered service in 1950. A J-frame revolver, this five-shot concealable pistol was an evolutionary development of the sundry wartime S&W wheelguns. 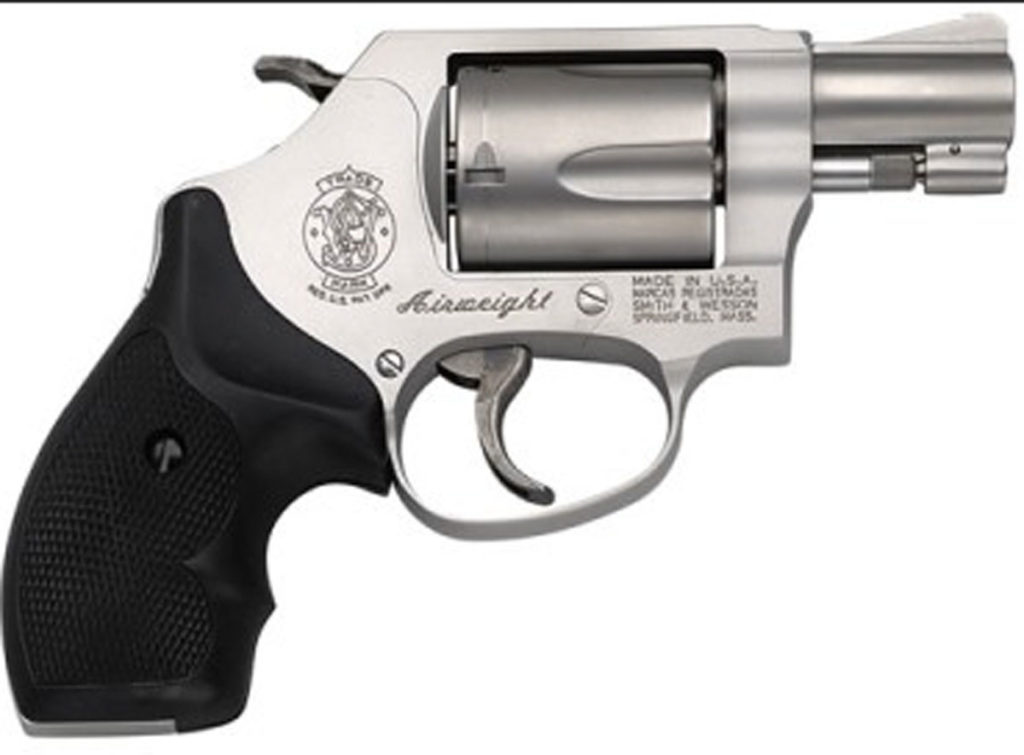 The Smith and Wesson Airweight is an aluminum-framed version of the Chief’s Special.

An aluminum-framed version came out in 1951 as the Airweight Model 37. Those early Airweights had aluminum cylinders, but problems with these components led to the later substitution of steel. 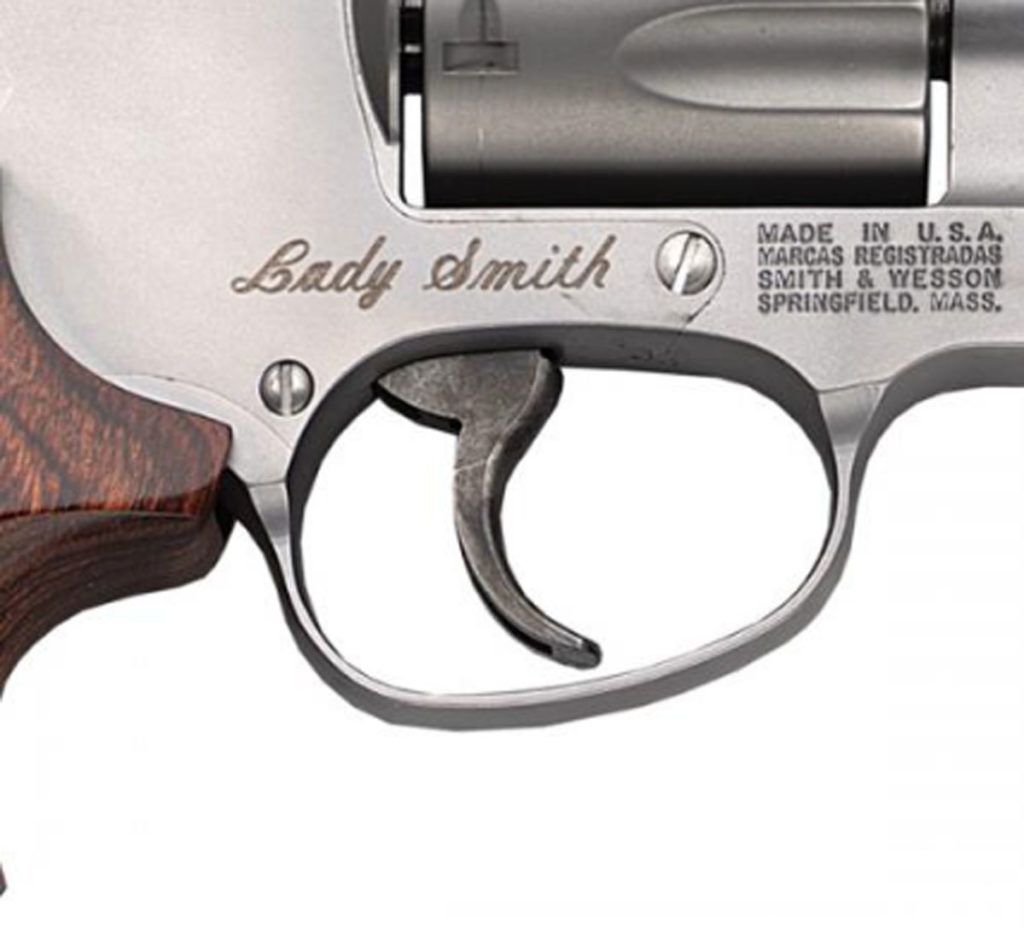 Development of the Ladysmith was a brilliant marketing move.

In 1989 Smith released a version targeted toward female shooters called the Ladysmith. 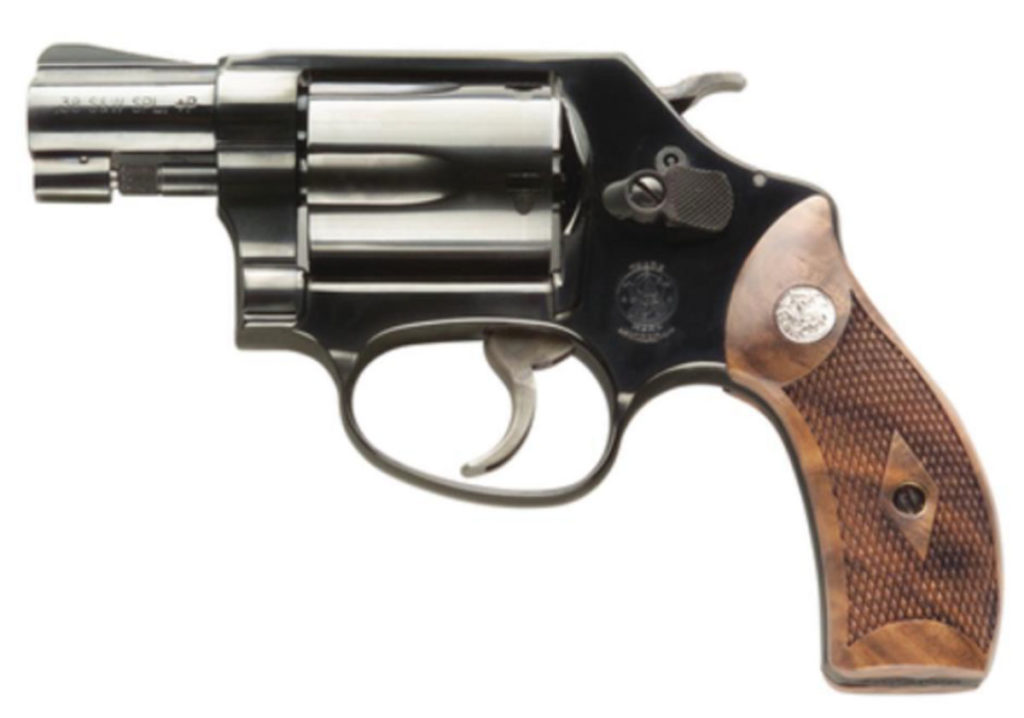 The Model 36 is a rugged and shooter-friendly concealment pistol that was widely distributed. The Chief’s Special remains in production today and still commands a healthy following. Serial number 337 went to J. Edgar Hoover and was engraved at the factory with his name. 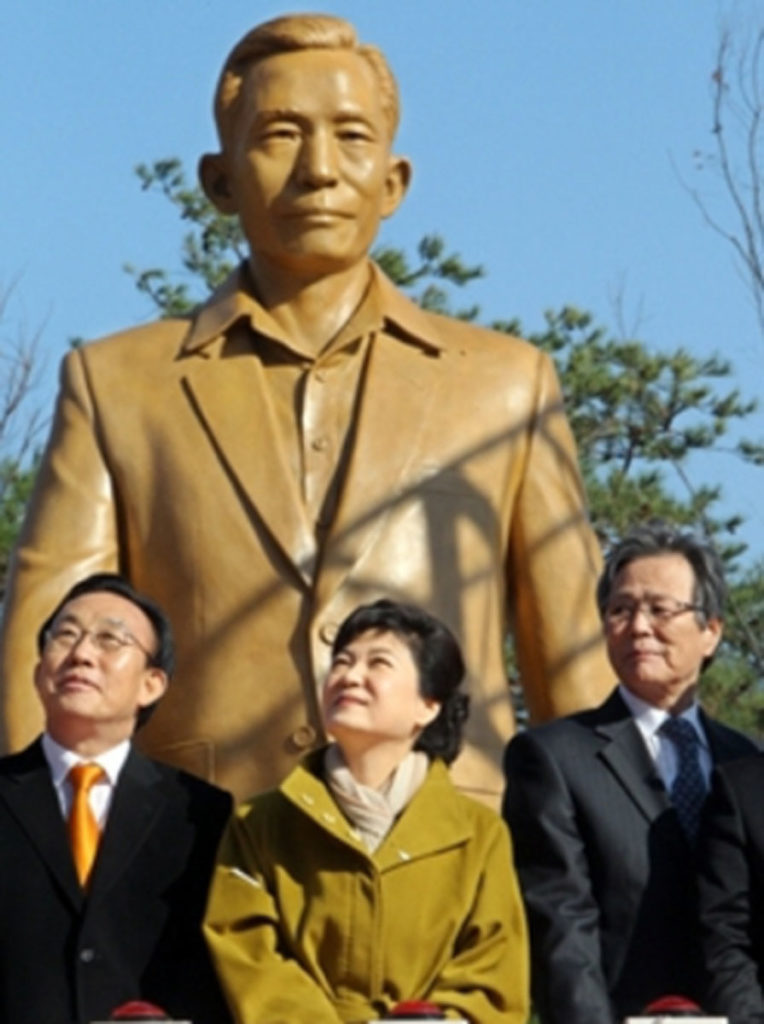 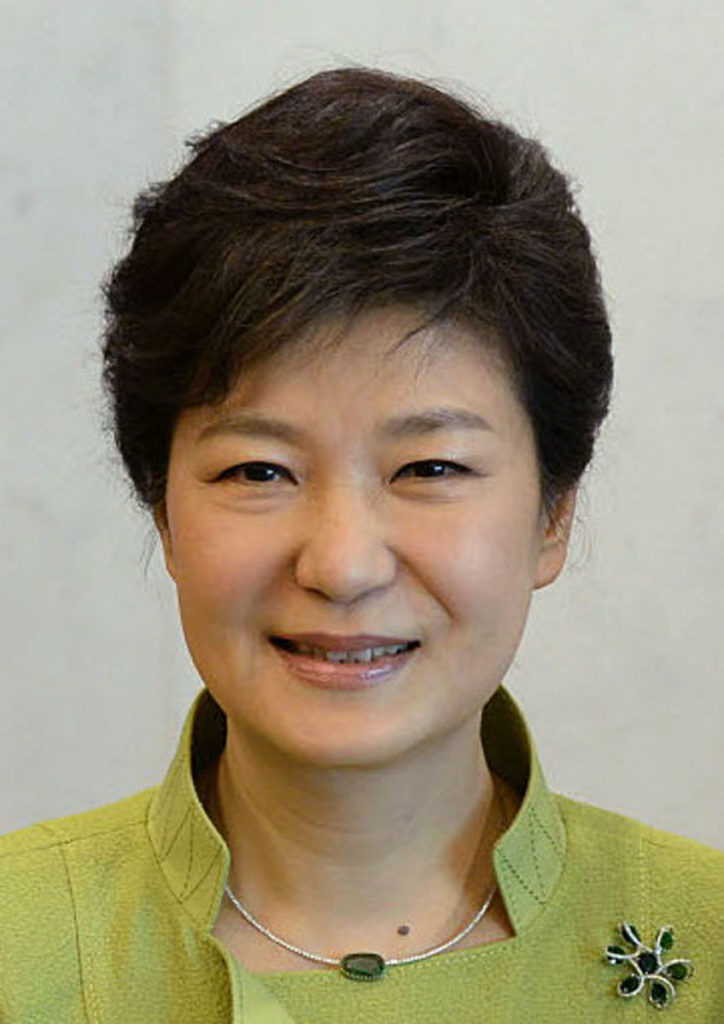 Park Chung-hee’s eldest daughter was the first female President of South Korea. She is in prison today.

Park’s oldest child, Park Geun-hye, was elected as South Korea’s first female President in 2013. She was subsequently impeached in 2016 on charges of influence peddling. The younger Park was convicted in 2018 and sentenced to 25 years in prison. She remains incarcerated in the Seoul Detention Center today. I suppose in that regard the nut doesn’t fall far from the tree. 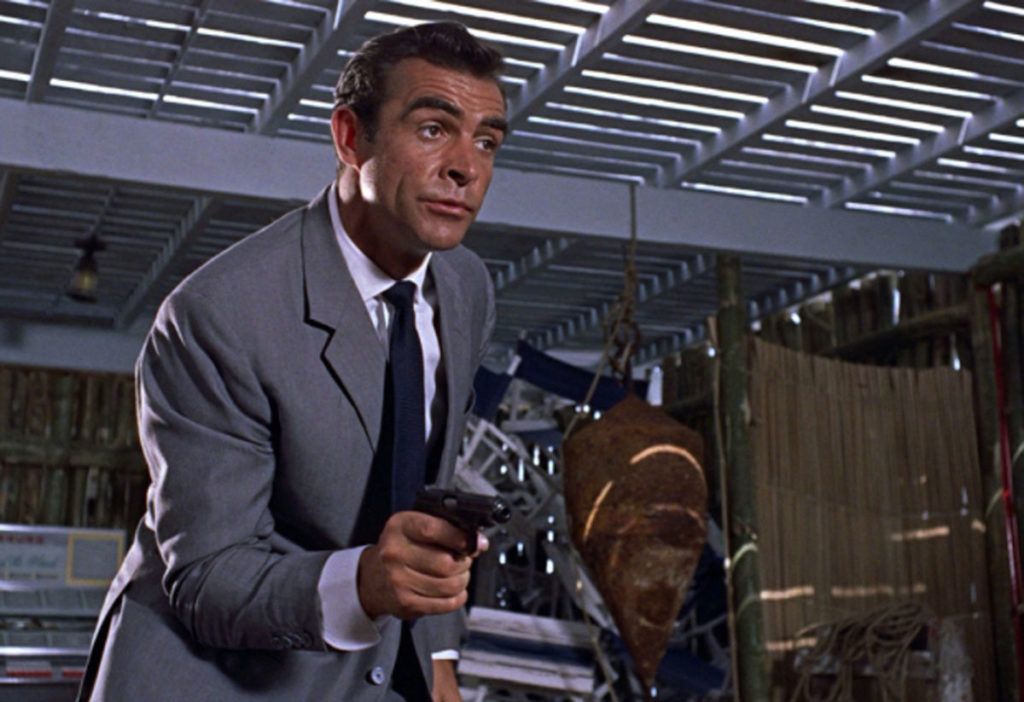 Tiny little pocket pistols look cool on the big screen but can badly underperform out in the real world.