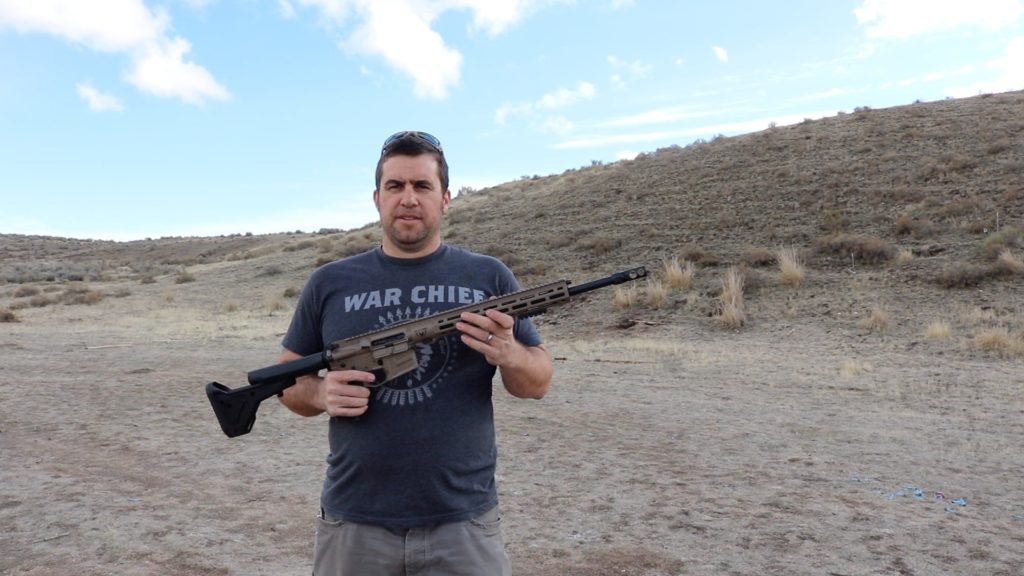 Fittingly, and maybe surprisingly, the first Savage in 224 Valkyrie caliber is an MSR or Modern Sporting Rifle. That is AR for all you guys that don’t care about the industry attempt to put “sporting rifle” in front of all the black guns, to make the libs less pants wetty.

Savage is a latecomer to the AR party, introducing their first model just two years ago. Best known for incredible accuracy at economical prices across the bolt action world, many wondered if Savage could make it in a saturated market. Well, those same people should have remembered the accu-trigger, a revolution in adjustable triggers at no added cost, across the Savage line. And the fact that Patrick Kelley, an absolute legend in 3 Gun, has long been on the pro staff at Savage. 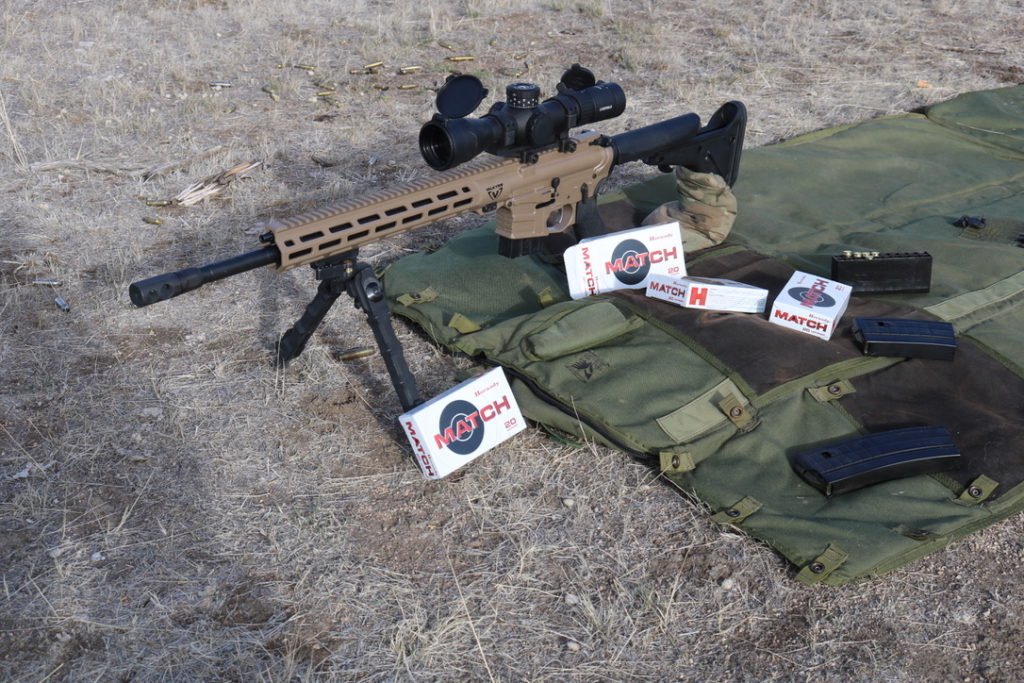 You can see a strong Kelley influence across the “MSR” line up from Savage, in both large and small frame rifles. Taking a chunk of market share by storm, Savage now features out of the box race guns. High-end models in 6mm Creedmore, including side chargers and carbon fiber barrels, round out the line. 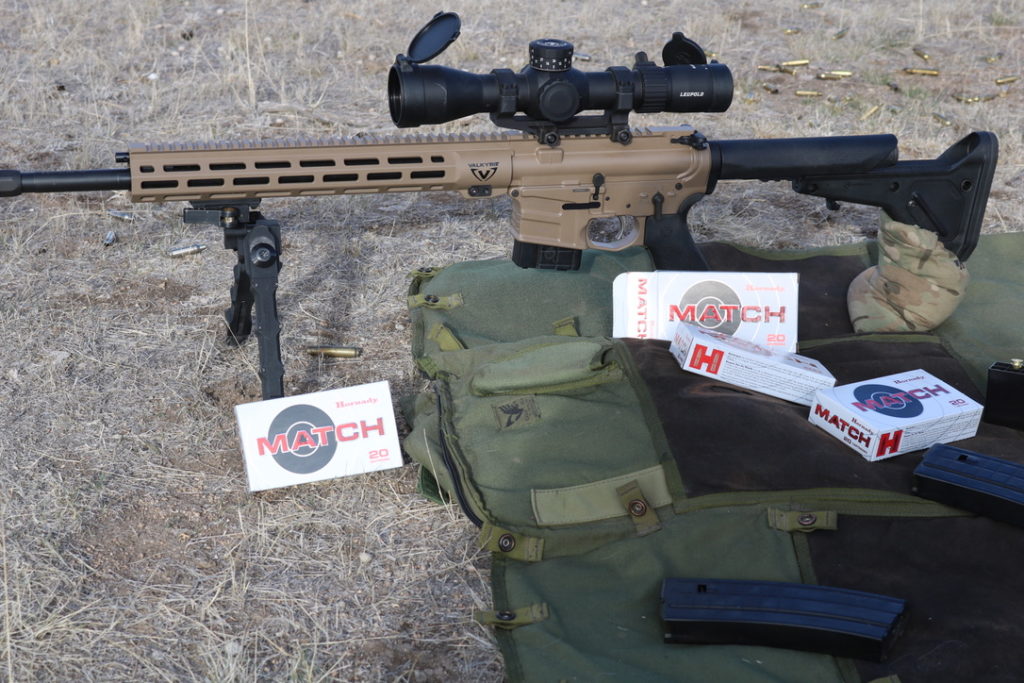 So what should we expect from the first Savage 224? Well, I wasn’t really sure. 224 Valkyrie means different things to different people. I live in the high desert, so I think of 224 as a way to maximize the reach of a small frame AR. A quick look at a population map shows us in the minority, to be fair. Larue released their first 224 Valkyrie in an 11.5” suppressed model, which I thought a very strange choice. And still others like 224 Valkyrie for a little more punch than 223 Remington, little more velocity, and just a little more reach. A balanced approach, which the caliber also does well.

And this is the road Savage took for the MSR-15. It features an 18-inch barrel, which most would consider the minimum length for the cartridge. It features a collapsible stock, which is not common on a long range gun. And it ships with a 25 round magazine, more in line with a “get some” drill than bench rest shooting. I would consider what Savage built a hybrid gun, useful in a variety of roles. And that is not a bad thing. 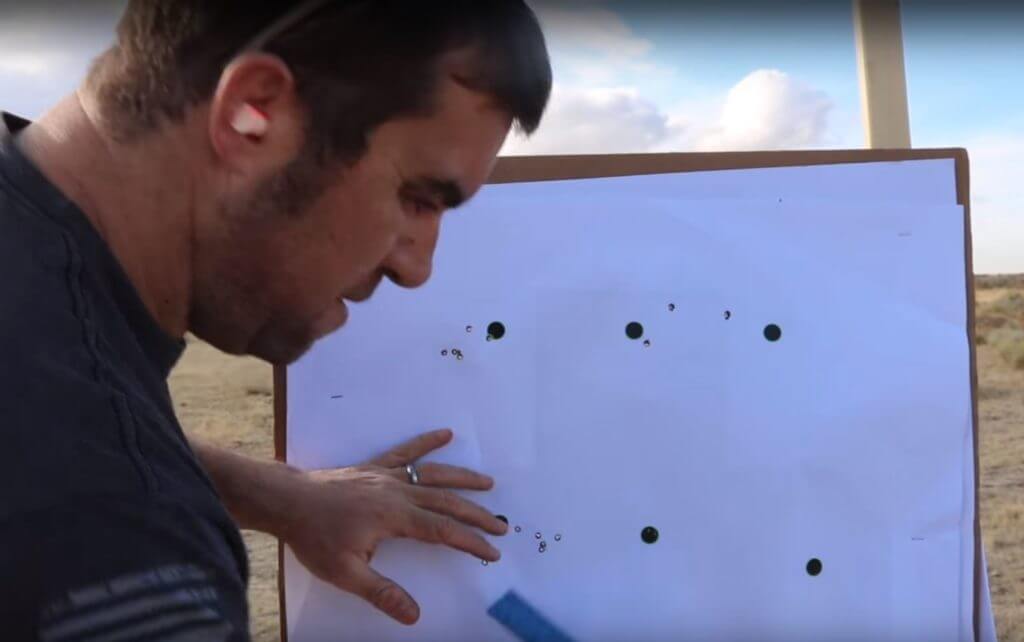 With Hornady 88 grain match ammo the Savage easily shot under 1.5 inch groups at 100 meters. This could certainly be improved on with finding a load it liked better.

The barrel, as mentioned is 18 inches long, with a 1:7 twist. 1:7 has proven good to go on most Valkyrie projectiles, though the jury is still out on if 1:6 or 1:6.5 is better. All the guns I have tested since the introduction of Valkyrie have been 1:7, and have given me no problems. The barrel is on the thicker side, heavier than government profile, but not quite a bull barrel. Again, a nice balance between accuracy and weight. The barrel is capped with a man size muzzle brake, which does a great job of keeping the rifle on target. Valkyrie recoil isn’t much more than 223 Rem, but fractions of a second count at close range. Protruding from under the handguard is an adjustable gas block, a nice to have feature in a caliber spanning projectile weights from 90 to 60 grains. The gas system is mid-length. 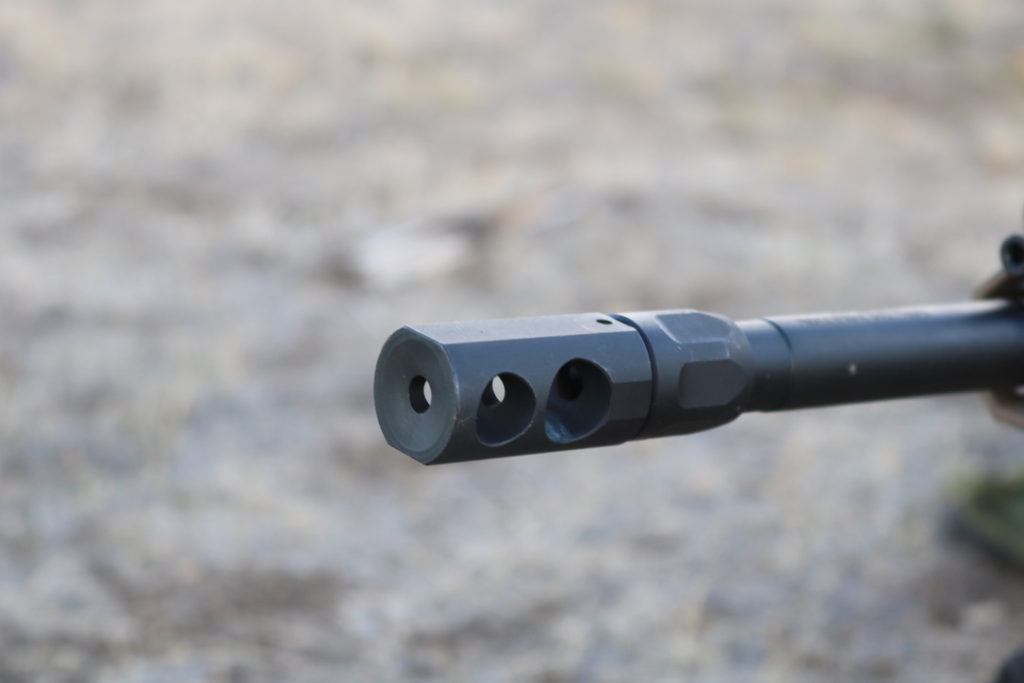 The handguard is M-lok, with a nice round profile. Picatinny rail runs the length of the top, with M-Lok slots all the way around. Something that can only be described by feel, and not backed up by figures, is how it feels in the hand. For reasons I can’t explain, it is a perfect fit for my hand. I would buy just this part as an aftermarket accessory for my other guns if it was available. 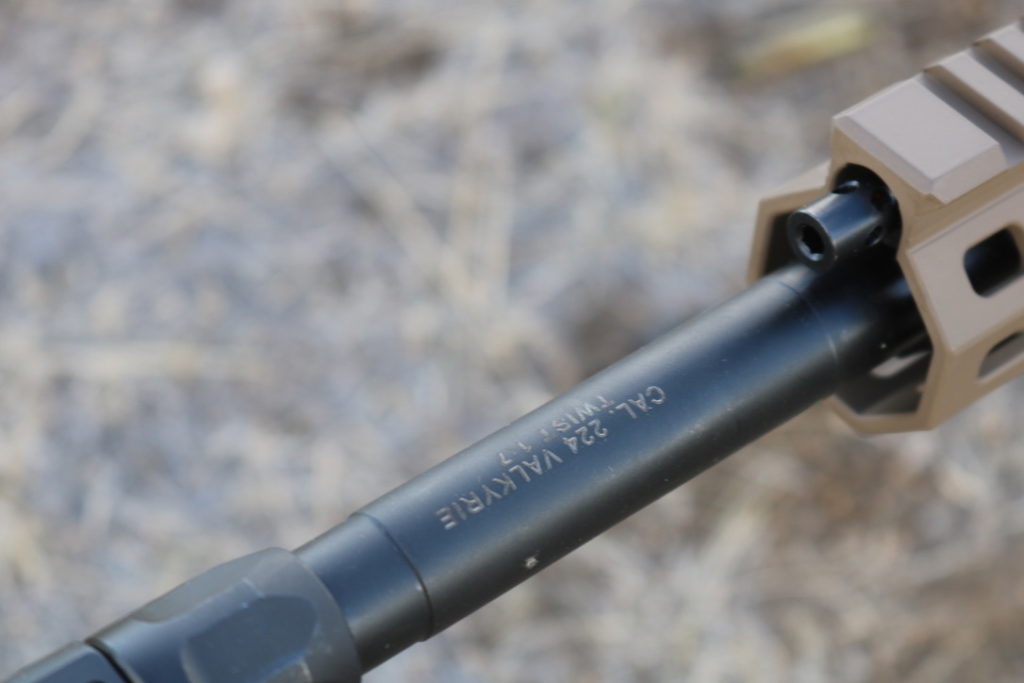 1:7 twist with a thick barrel profile

The upper and lower are nicely fitted, which we expect at this stage of the game. The real win I think, concerning the upper/lower and the hand guard is the color choice. Savage went with FDE, a nice change from all black. And with the barrel, buttstock, and grip in black, it gives a really nice black and tan vibe. As aesthetics go, Savage made a really good looking rifle, and that counts in the AR market. 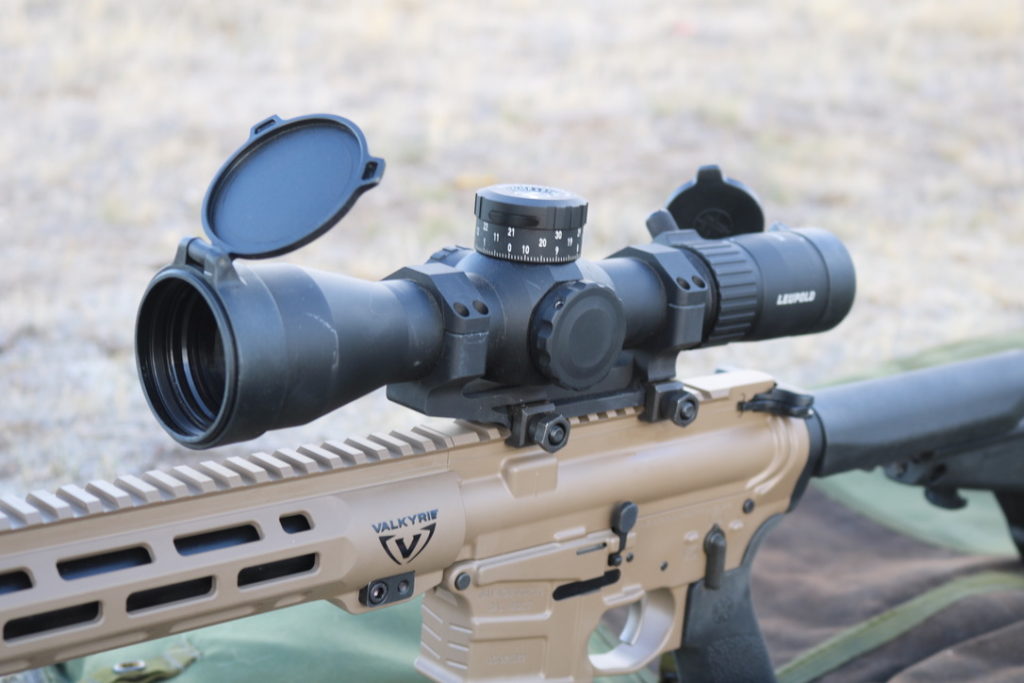 Two more wins are the trigger and magazine. The trigger looks standard, dimensionally. But the nickel boron color should be a dead give away that Savage wasn’t playing good enough on this one. Mine broke consistently at 3 pounds, which is awesome for a factory trigger. 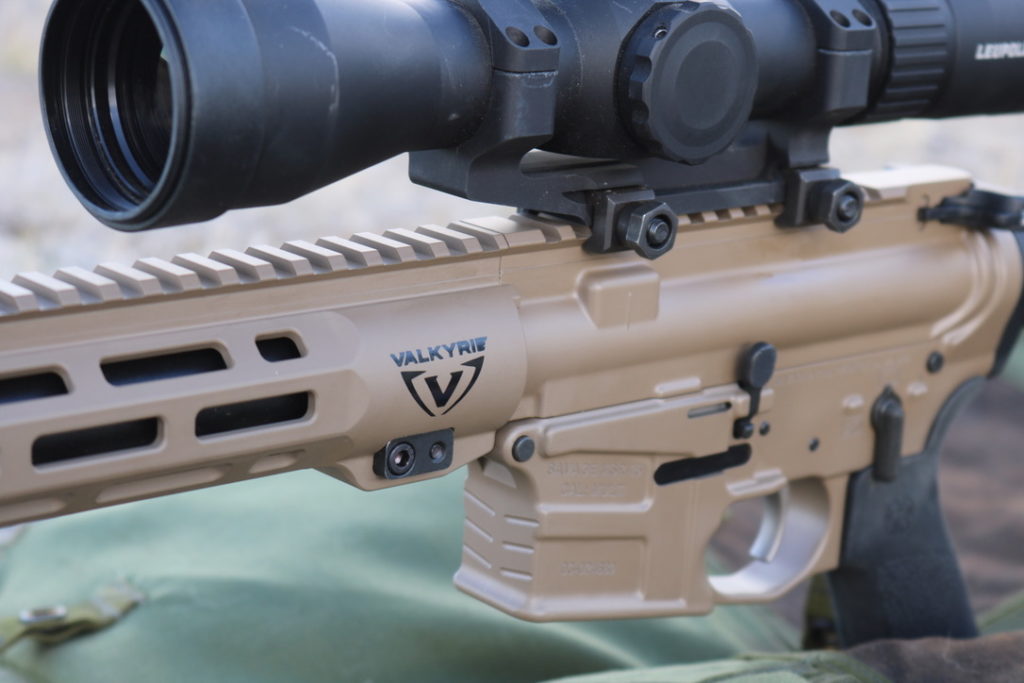 Instead of making their own magazine, or using the cheapest thing off the shelf, Savage includes a PRI 25 rounder. Precision Reflex Inc, or PRI, is the first name in 6.8/224 magazines. When Valkyrie first came on the scene last year, I ordered all the brands of 6.8 magazines I could find. PRI has been far and away the best. I was a little surprised to see one in the Savage box, but rest assured, I’m not mad about it. 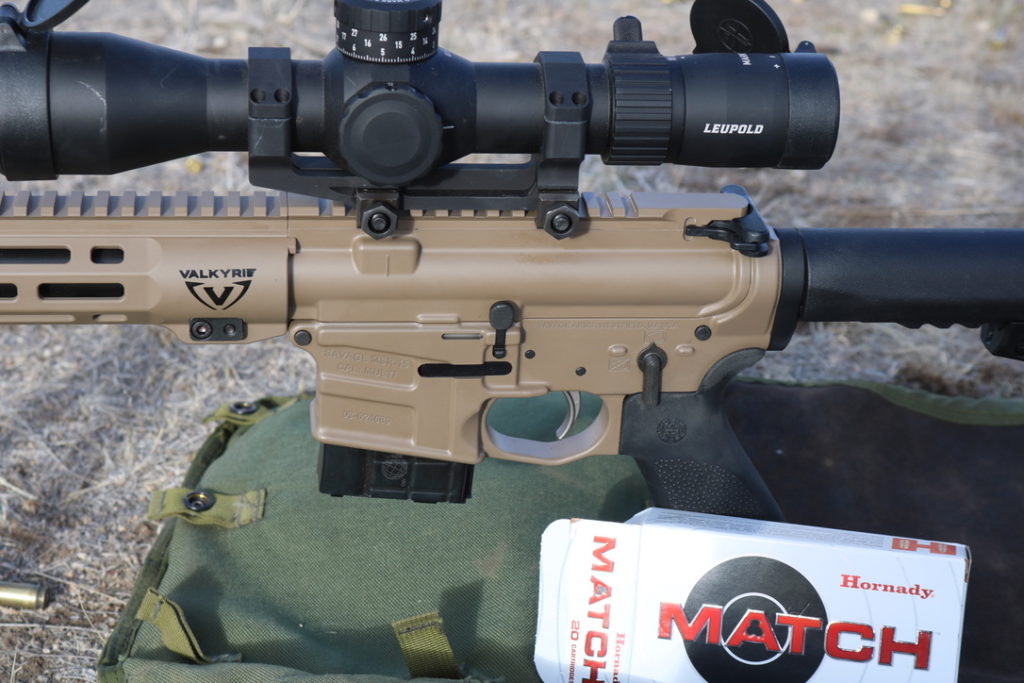 The stock is the one place Savage really surprised me on this rifle. Out of the box, the MSR-15 is wearing a Magpul UBR. Now the UBR is a fine stock and is, in fact, my preference on a collapsible. My personal guns, for in case things go pear-shaped, are wearing the same. And it is an expensive stock, in fact, the second most expensive Magpul makes. But collapsible stocks just do not offer the same ergonomics for shooting long range that fixed stocks do. The UBR, to me, was a strange choice over a PRS or LUTH-AR stock. At least in a reach out and touch them caliber. But, to each his own. 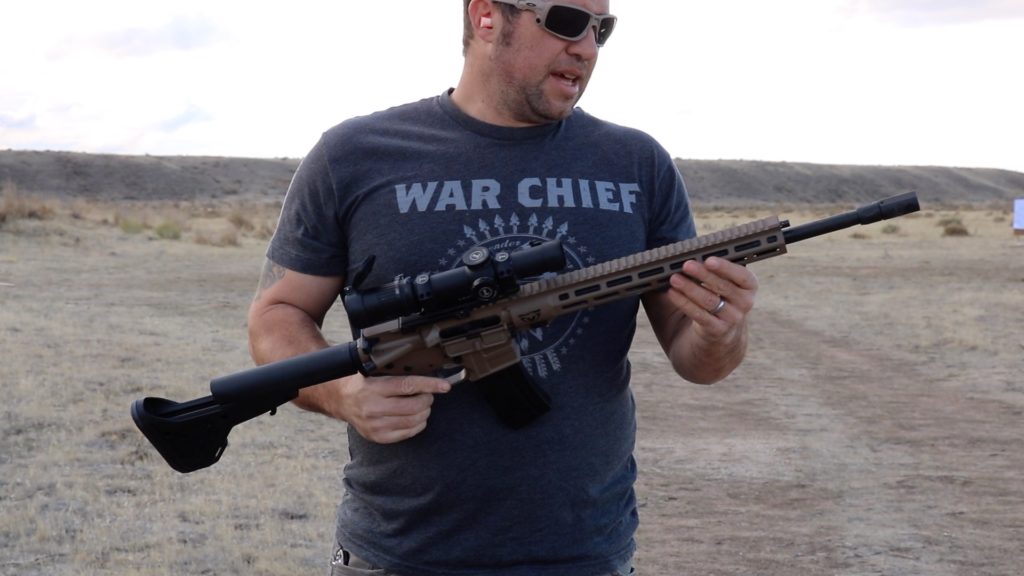 As a do-everything gun, this one is hard to beat. Savage came out swinging in Valkyrie caliber. If you have been waiting to get into the 224 game, consider this a sign. Time to grab one while the grabbing is good. 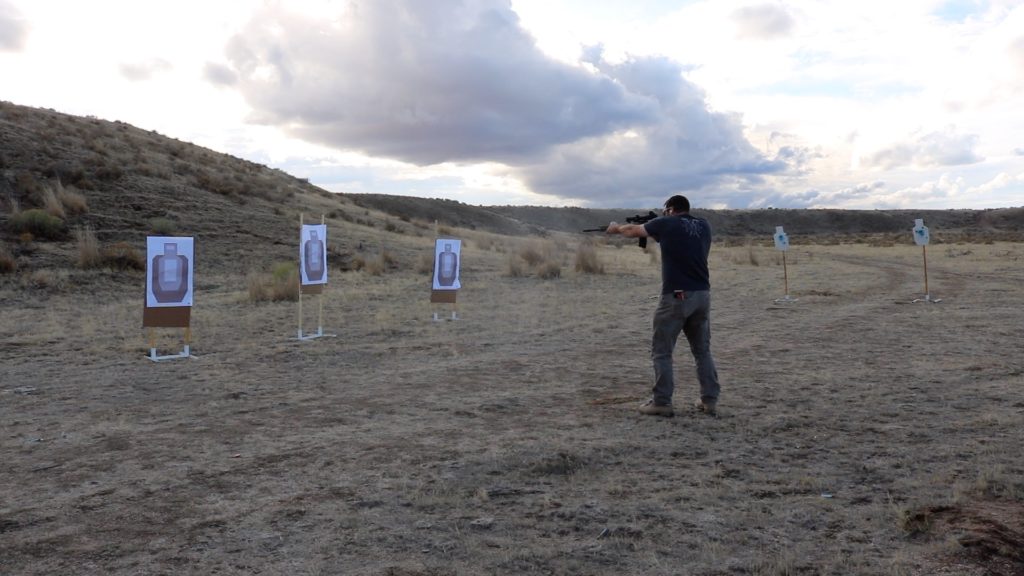 ***Shop GunsAmerica for your next Savage rifle***