Continuing the ever growing and well revered line of the Model 64, Savage adds yet another variation with the Model 64 Takedown. With the established reliability of this model, it would be a safe assumption that this rifle will be as reliable and accurate as it is attractive. With the included 10 round mag, the Model 64 takedown would make a perfect survival rifle or even plinking rifle for the kids. The zero frills design of the 64 series is sure to make anyone happy with what it has to offer at the rock bottom price at which it can be had. 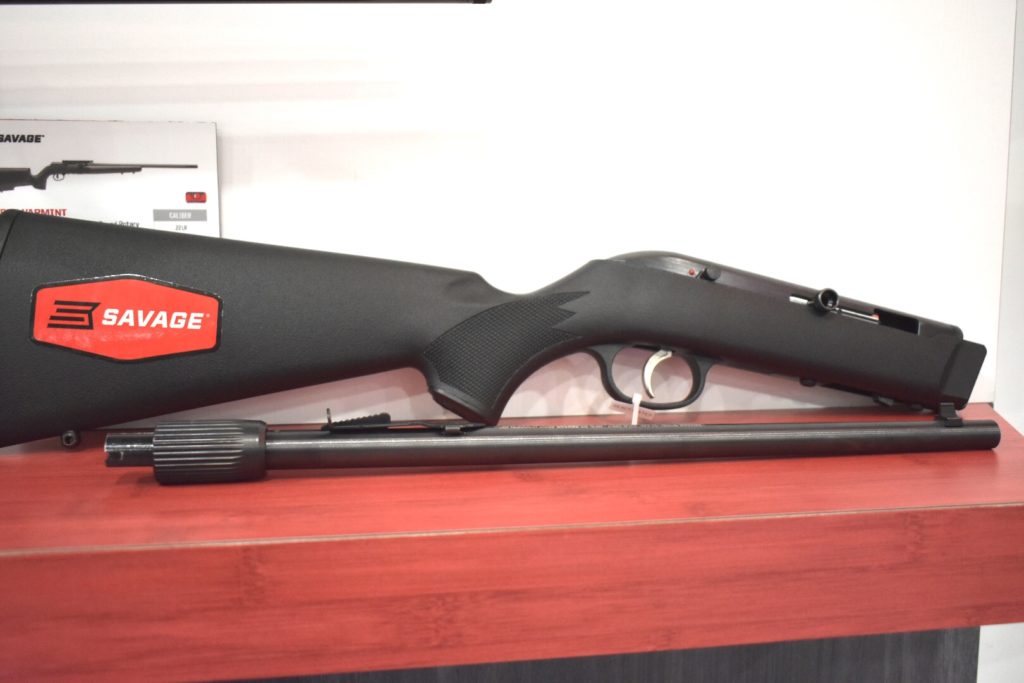 The Savage Model 64 Takedown is the perfect little package meeting a balance of performance and necessity.

In the past, the Model 64 has been a reliable and cost effective choice when buying a semi-auto 22. Yes, it is not a fancy gun, but that has now changed with the new Model 64 Takedown that was introduced at Shot Show 2019. This new rifle boasts a takedown system that relies on a barrel nut which you can tighten and loosen without tools. I noticed that this barrel nut has a ratcheting detent which would keep it from loosening up on you when you didn’t want it to come loose. It had definitive clicks while unscrewing it. Once unscrewed, the barrel simply slid out of the action and you then had a neat 2 piece package that is compact and easy to store. The Model 64 does come with an Uncle Mikes Bug-Out-Bag for storage. 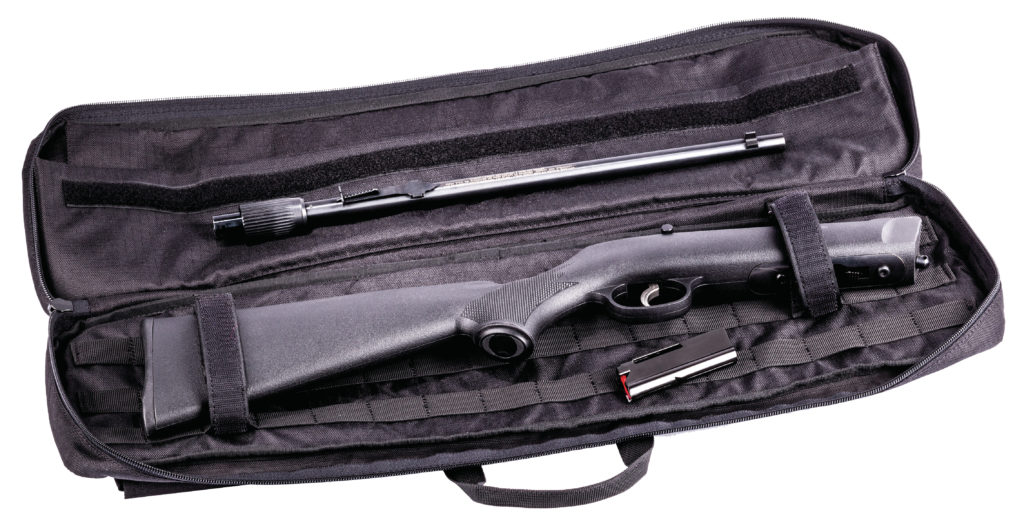 The Model 64 Takedown is a perfect fit for the Uncle Mike’s Bug-Out-Bag.

The action cycled smoothly when ran manually and surprisingly comes in both left and right hand configurations currently. Also, if you are wanting to stretch the legs on this little rifle, it does come drilled and tapped for attaching a scope mount.

The no-nonsense Model 64 Takedown is strictly functionality and performance.

With the new Takedown model, Savage also opted for a shorter barrel. They cut about 5 inches off of the typical 22 long rifle barrel to put this gun’s at 16.5 inches. This also shortens the overall length to 36.25″ when assembled. Besides the Barrel, the forend has also been shortened in order to keep the package as small as possible when in two pieces. The overall weight of the gun comes in at 4.5 pounds. The trigger was surprisingly better than I had expected, coming in at a crisp 3.74-4.25 pounds. This rifle will be shipping around the end of April. 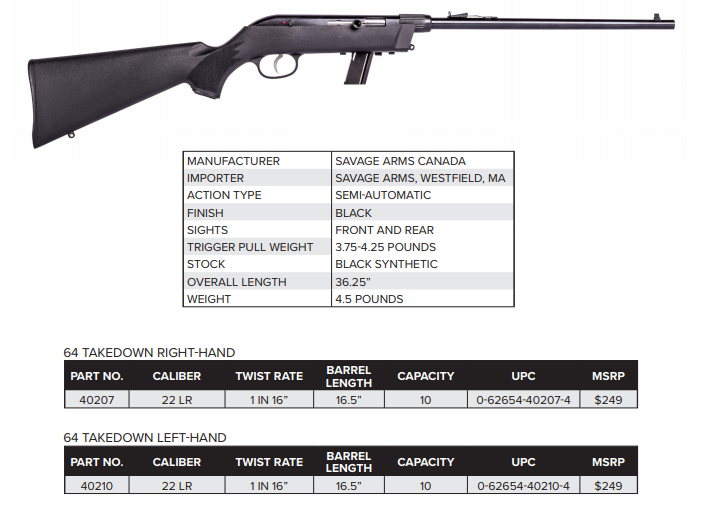