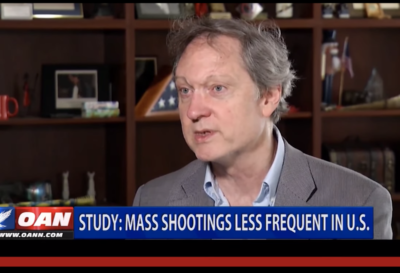 An updated study from the Crime Prevention Research Center has found that, contrary to former President Barack Obama and the rest of the mainstream media, mass public shootings occur at much higher rates in countries outside the U.S. and these rates have been increasing in recent years.

“One of the most frequent claims we hear in the gun control debate is that the United States is somehow unique in terms of mass public shootings,” Dr. John Lott, founder of the CPRC, told One America News Network. “But rather than being above the world average, we’re dramatically below the world average.”

SEE ALSO: Obama-Era Study Refuted, US Accounts for Less than 3% of ‘Mass Shootings’

The countries that rank higher than the U.S. aren’t just those that exist in war-torn, “non-advanced” regions, to use President Obama’s term. The study found that Norway, Finland, France, Switzerland, and Russia all have at least 25 percent higher per capita murder rates from mass public shootings than the US.

Also contrary to the popular narrative, the frequency of mass public shootings in the rest of the world is rising at a much higher rate than in the U.S. 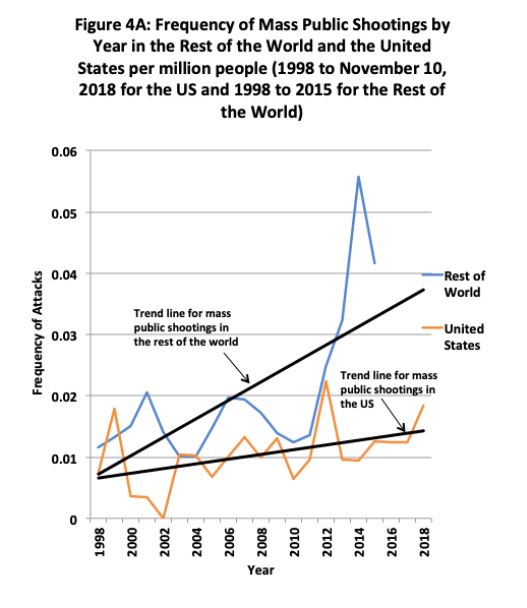 The CPRC study used the FBI’s definition of “mass public shootings,” which only accounts for massacres of four or more people that take place in commercial areas, schools and colleges, open spaces, government properties, houses of worship, and healthcare facilities. The definition excludes shootings that resulted from gang or drug violence, occurred in the commission of another ongoing crime such as robbery, or arose primarily from self-defense.