Shots Fired as Woman, 79, Halts Home Invasion by Herself 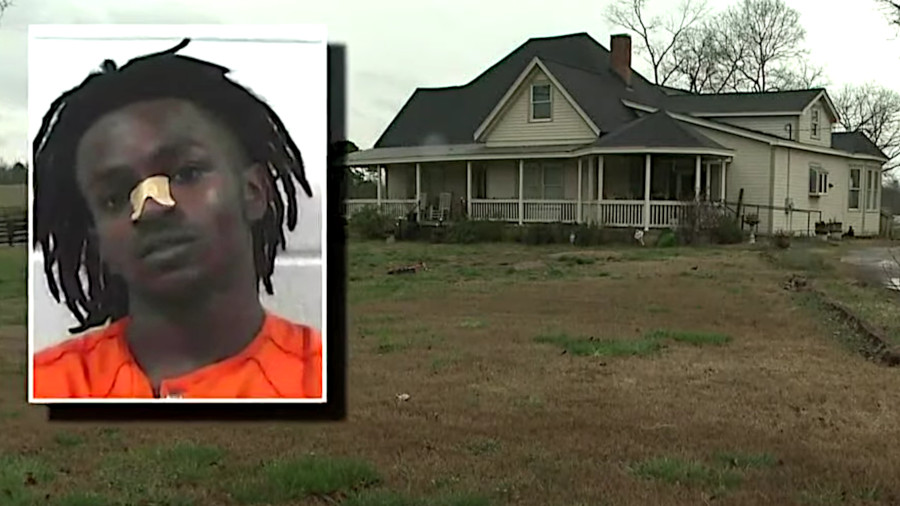 A 79-year-old Georgia woman spent nearly 10 minutes on the phone with a 911 dispatcher – while holding a burglar at bay with her handgun. A recording of the call shines new light on the ordeal.

The break-in started just after 12 p.m. At first the woman believed there to be multiple invaders, but it was one dedicated would-be thief she cornered in her upstairs. The 20-year-old suspect, identified as Hans Rogers, was soon arrested and taken into custody.

“They’re trying to get in the back door. Hurry. Hurry. Please,” she said. “Lord have mercy.” Then the dispatcher asked her where she was in the house.

“I’m in the kitchen,” she said. “I’m watching the door that they were trying to get in. Ooh, they’re breaking glass.”

“Okay ma’am I don’t want you to confront them because you don’t know who they are,” said the dispatcher.

“No ma’am, please,” she replied. Then she shouted at the intruder, “Okay, come on! I got something for you!”

The dispatcher tried asking the woman to listen, but was cut off by the sound of a gunshot. Seemingly unfazed, the burglar went around the house and broke in through a different door.

Rogers successfully got in through a second-story entrance up a flight of stairs. She described the sounds of the man to the dispatcher while he scoured her house for prescription drugs.

“I’m waitin’ on ya, come on,” she shouted, firing a second shot upstairs. “Come on! Come on down here,” she kept shouting. “When you come down those stairs I’m gonna blow your damn brains out!”

The dispatcher then asks, “Ma’am, are you shootin’ at him again?”

“Yes ma’am,” she replied. Later she told her daughter that she was shooting to keep distance between herself and the invader.

When the police finally arrived, they found Rogers hiding in a closet.

“He made the comment to my mother, you know, ‘b****, you’re trying to kill me,’ because, you know, she was shooting at him,” her daughter said.

“She didn’t allow herself to become a victim,” she continued. “My mother’s a very strong woman. I know where I get my strength from, now. As a matter of fact, I think she’s a little stronger.”

“I don’t know if I could have handled that situation as well as she did,” she said. “Looking back on it, I thank God that he found my mother, and not someone else, because he could have been dead, now.”

She hopes that Rogers will get medical treatment now that he is in custody. “Help. The help that he needs,” she said. “My mother’s a very spiritual person … if she wanted to hit him, she could have hit him … She just wanted to keep him off of her.”

Next post: Democrats Reject Amendment that Would Have Required ICE Notification for Failed Background Check