Check out the Smallest MPX, the New SIG Copperhead 9mm 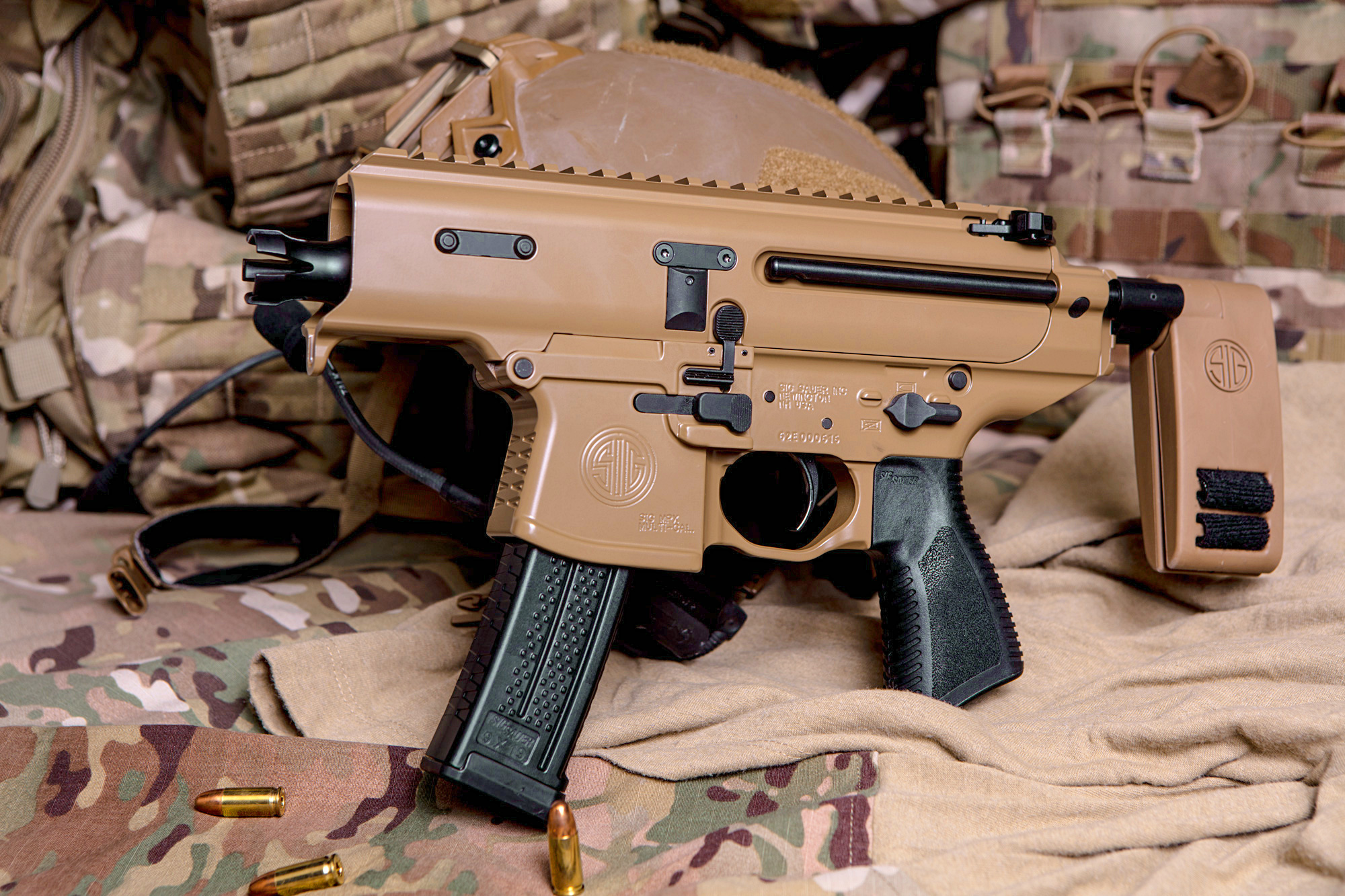 Chambered for 9mm, the Copperhead is even more compact than SIG’s new Rattler. (Photo: SIG)

SIG Sauer is announcing a new, even more compact MPX called the Copperhead. The Copperhead is a 9mm Luger successor to SIG’s Rattler in 300 AAC Blackout.

The Copperhead takes all the Rattler concept and applies them to the pistol cartridge. At launch SIG is offering it in a pistol configuration with a flat dark earth Cerakote finish and a matching FDE two-position stabilizing brace.

“The MPX Copperhead considerably reduces the length, width, and size of the MPX platform making it the most compact addition to the MPX family of firearms,” said Tom Taylor, SIG executive vice president. “The Copperhead is the perfect combination of the features and performance our consumers expect from a SIG MPX in a compact package.” 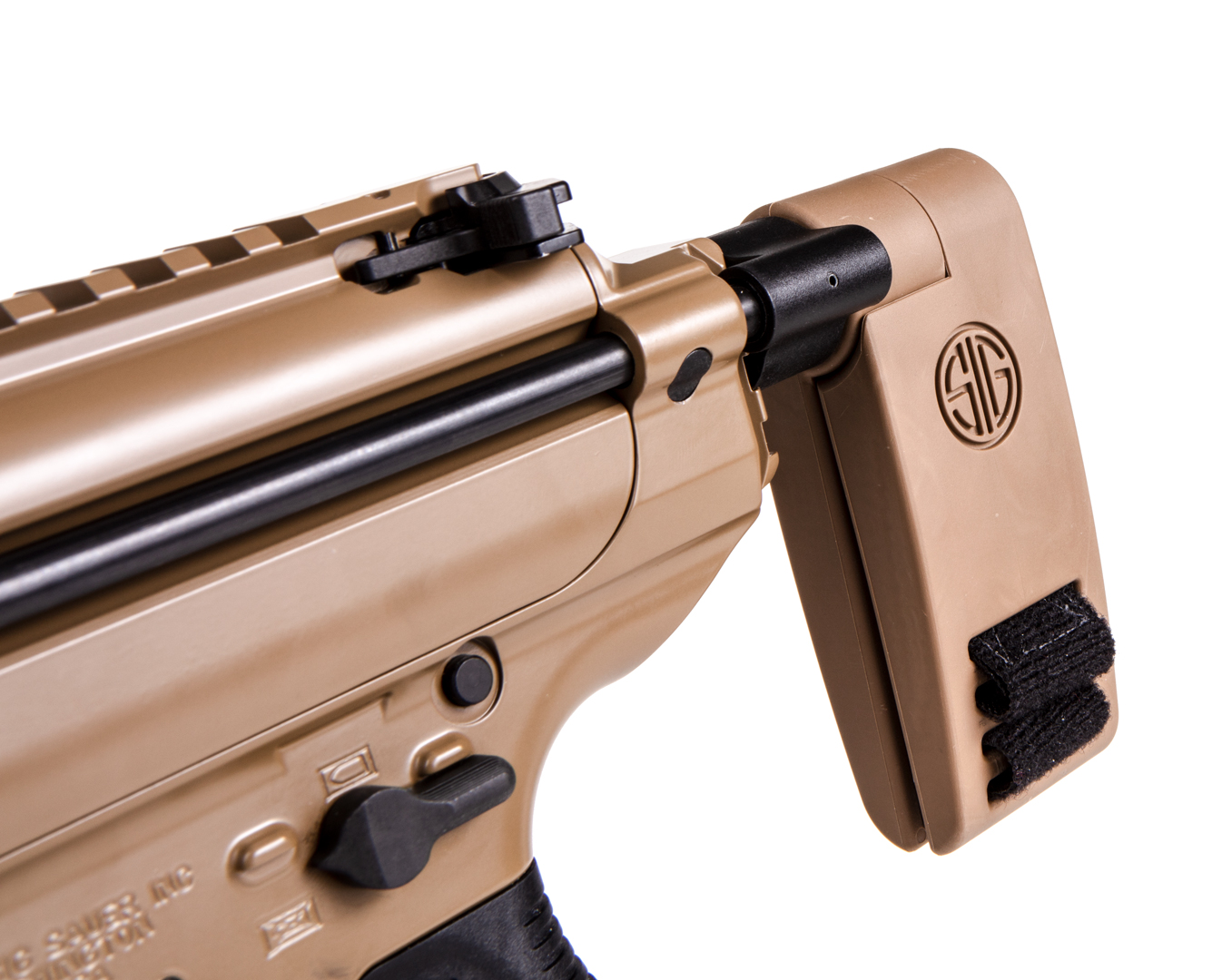 The driving force behind the Copperhead, like the Rattler, is to make the gun as small as possible while still functional for use at close ranges. To that end the Copperhead has a short 3.5-inch barrel with an integral muzzle device.

The monolithic upper receiver also has an integral finger stop. Combined with the angled magwell the Copperhead has an ergonomic design that measures in at just 14.5 long inches overall and weighs a measly 4.5 pounds unloaded.

Like other MPX firearms the Copperhead fires from a closed and locked bolt. It has a short-stroke gas piston system that’s self-regulating to work with all types of 9mm ammunition. 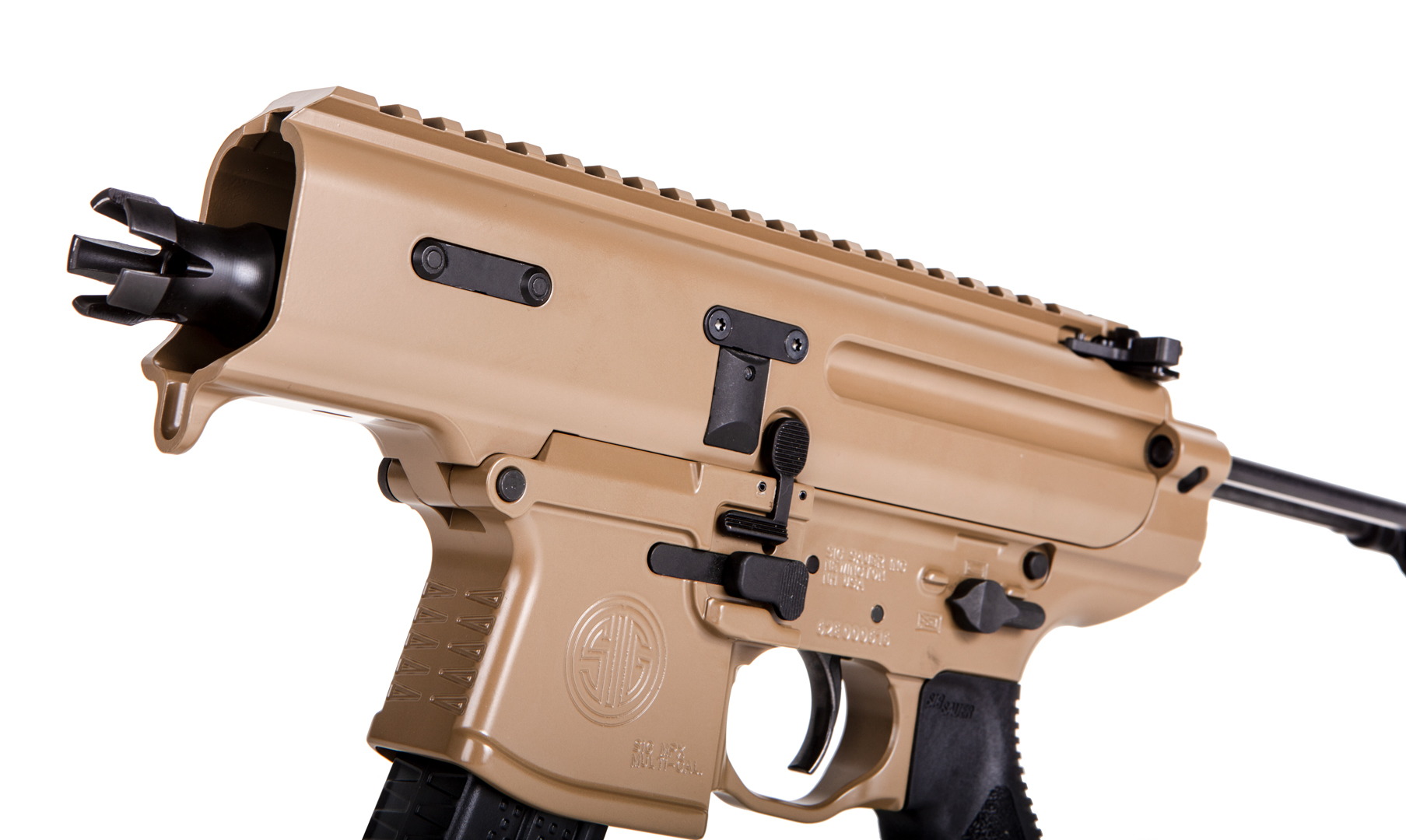 The muzzle device is fixed and part of the barrel. (Photo: SIG)

While it has a fixed right-side ejection port, the other controls are ambidextrous including the safety selectors, magazine release buttons, bolt releases and charging handle. This is an advantage for both right- and left-handed shooters as it allows users to fire weak-sided and from odd positions.

The Copperhead is priced in-line with other MPX products with a suggested $1,835 price point. Prices in-store and online are typically lower than that by a solid margin. It ships with one 20-round magazine.

The Copperhead is definitely an “unconventional design” as it does sacrifice superior ballistics and the ability to suppress in favor of being as small as possible. Swapping out the barrel would address both of those concerns but at an additional cost.

Out of the box the Copperhead seems more like a fun gun rather than a go-to self-defense solution, especially with the other MPX offerings out there. But as a range gun or pistol-caliber competition gun, it looks like a ton of high-speed grins in a package that would fit in a small sling or briefcase.

At the very least, it would be surprising if some of these features, like the new Pivoting Contour Brace, don’t make it into other MPX and possible MCX designs in the future.

For more information on the Copperhead visit SIGSauer.com.

Next post: The Perfect Noob Gun: The Handgun That Is Just Right for the New Shooter