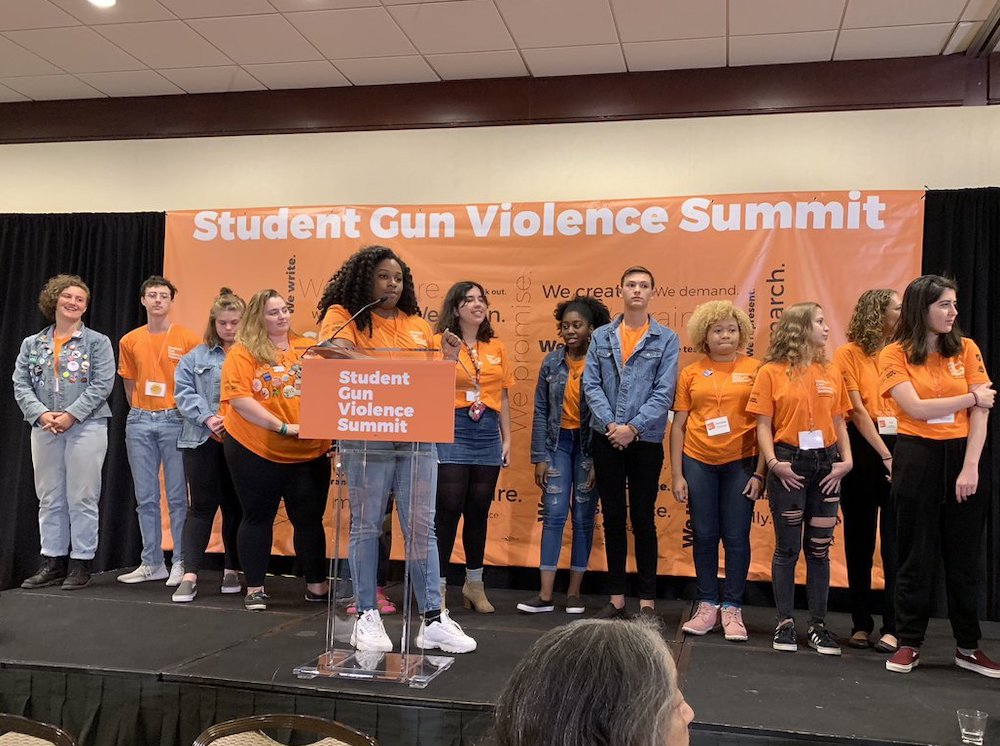 Part of the students’ plan to stop the next school killer is to “support marginalized communities by educating and recognizing systemic and institutional oppressions…” (Photo: SGVS/Facebook)

Over the weekend a group of around 100 teens convened in our nation’s capital to ratify a Students’ Bill of Rights for School Safety.

The resulting 15-point plan contains a laundry list of mandates, everything from ensuring access to safe spaces to “recognizing systemic and institutional oppressions” to regulating modern sporting rifles under the National Firearms Act.

Among the attendees was Parkland survivor Jack McLeod. He spoke with The74Million.org about the need “to do something” in the wake of the February tragedy at Marjory Stoneman Douglas High School that left 17 dead and 17 others wounded.

“When you experience gun violence, there’s a certain obligation within you, I think, to do something,” said McLeod.

Eighteen-year-old Briana Spainhour told The 74 that part of the students’ mission is to quell the fears of those who may view the declaration as an infringement of the 2A.

“When they actually know what we’re talking about, they know we’re not trying to take away guns,” said Spainhour, a California native who now attends college in D.C. Spainhour indicated that when it comes to confiscation, it applies to individuals who fit a certain category, e.g. convicted domestic abusers.

While the students mentioned funding for “school-based safety and security initiatives” and “violence intervention programs” there was no explicit plan for arming school personnel or increasing the number of student resource officers.

There was, however, a demand for “immediate access to qualified counselors in safe spaces” and encouraging “all school personnel to foster positive relationships at all levels of education.”

Missing from the Bill of Rights was any estimation of cost, both in terms of hard dollars and manpower to ensure that these programs are fully and successfully implemented.

“You are the legacy of civil rights champions who did not wait for someone to save them. They organized. They had leaders who came together, ordinary people who did extraordinary things for their times. These are extraordinary times. What you’re doing is saying this thing that seems so special, shouldn’t be special. It should be what we do every day,” García said to the students on Saturday.

Along with Bloomberg’s Everytown for Gun Safety, NEA sponsored the event.

Looking over this new Bill of Rights, do you believe it will be effective in reducing violence in schools or stopping a potential mass killer?