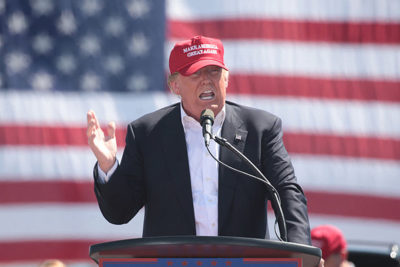 The commission developed the report via “field visits, listening sessions, and meetings with hundreds of Americans all across the country,” including policymakers, administrators, principals and teachers, law enforcement and healthcare professionals, students and their families.

“The National Rifle Association applauds the Trump administration’s Federal Commission on School Safety’s final report,” NRA-ILA Executive Director Chris W. Cox said in a statement. “The report includes a number of recommendations for which the NRA has been advocating for years… Importantly, the commission expressly rejected age limitations on firearm purchases, which as the report explains in detail, have no real impact on crime.”

“This report is a mixed bag. When it comes to arming teachers, let’s be clear: Putting guns in classrooms will make our children less safe, and any suggestion to the contrary is blind to both the facts and common sense,” said John Feinblatt, president of Everytown for Gun Safety.

Feinblatt said he’s “glad the commission supports safe storage of firearms and Red Flag laws, which keep guns away from people who are a danger to themselves or others.”

Cox agreed, though he qualified his support.

“We appreciate President Trump’s support for keeping firearms out of the hands of those who have been adjudicated by a court to be a danger to themselves or others in the form of state Extreme Risk Protection Orders,” he said. “Provided they include strong due process protections, require mental health treatment, and include penalties against those who file frivolous charges to harass law-abiding citizens. The recommendations in the commission report will go a long way towards preventing violence and making children safer in our schools.”

In the section of the report outlining extreme risk protection orders, the authors urge states to ensure that the “due process rights of the at-risk individual are respected.” While they admit that “some existing state laws have prompted concerns that the scope of possible petitioners might be too broad and poorly defined,” they believe states can mitigate these concerns by adopting “clear and narrow definitions identifying appropriate persons with standing to file a petition.”

They also, as Cox suggests, advise states to “deter misuse or abuse of the ERPO process through appropriate criminal penalties.”

In the section of the report dealing with age restrictions on firearms purchases, the authors note that most mass murderers acquire their firearms from friends or family.

“The existing research findings on the efficacy of current minimum age of firearm purchase laws do not support the conclusion that those laws have a measurable impact on reducing homicides, suicides, or unintentional deaths,” the report says.

Instead of restricting the age at which an individual can purchase a firearm, the report recommends that states implement policies encouraging the safe storage of firearms.