18, 19, and 20-Year-Old Washington Residents Can No Longer Purchase Semi-Auto Rifles 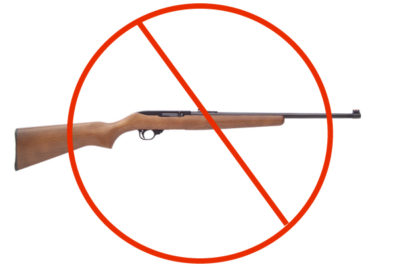 The Washington law define’s “assault rifle” to include even .22-caliber firearms.

The first part of Washington State’s new slate of gun ban policies took effect this week and prohibited anyone under the age of 21 from purchasing any kind of semiautomatic rifle.

The measures passed in November when, spurred by a massive campaign funded by Michael Bloomberg, 59 percent of Washingtonians voted in favor of ballot initiative I-1639. Along with restricting the age to purchase a 10/22, I-1639 also creates a registry of gun owners, establishes a 10-day waiting period for certain purchases, holds gun owners liable for failing to secure firearms, and allows the state to charge a $25 fee on the sale of “assault rifles.”

“Starting today, young adults between the ages of 18 to 20 will have their rights to purchase semi-automatic rifles stripped away,” Dave Workman, a spokesman for the Bellevue, Washington-based Second Amendment Foundation, told the Associated Press.

In contrast to many other pieces of gun control legislation, Washington’s initiative expands the definition of “assault rifle” to include “any rifle which utilizes a portion of the energy of a firing cartridge to extract the fired cartridge case and chamber the next round, and which requires a separate pull of the trigger to fire each cartridge.”

Defining “assault rifle” in this way will prohibit legal adults from purchasing even .22-caliber rifles commonly used to train youngsters in safety and shooting fundamentals.

The Second Amendment Foundation joined the National Rifle Association in filing a lawsuit against I-1639. Plaintiffs also include firearms dealers in Spokane and Vancouver, a 19-year-old competitive shooter, a 19-year-old in the Army Reserves, and a 20-year-old recreational shooter.

The lawsuit challenges the measure on the grounds that it violates the commerce clause by banning sales of rifles to non-residents, and that it unconstitutionally impairs the rights guaranteed by the First, Second and Fourteenth Amendments, and Article I Section 24 of the Washington State Constitution by preventing the sale of certain rifles to otherwise qualified adults under age 21.

“Eighteen-year-olds are serving right now in Iraq and Afghanistan and Syria in the uniform of the U.S. Armed Forces,” said NRA President and U.S. Marine Lt. Col. Oliver North. “And he comes home and he’s 19 and he can’t buy a firearm? Where’s the common sense in that?”

He added that “classifying all semi-automatic rifles as an assault weapons” is “setting folks up for false expectations.”

The other components of I-1639, including the safe storage requirement and expanded background checks, are set to take effect on July 1.