This year at SHOT, Geissele displayed what could be the perfect precision rifle handguard for the AR-15, their Mk 18 Super Modular Rail. Just as with other Geissele rails the Mk 18 is precision machined from 6061 T6 aluminum for its strength and durability.  The Mk 18 has its origins with the Mk 16 rail so it carries some similarities like the small diameter and slim profile that is favored by competition shooters. 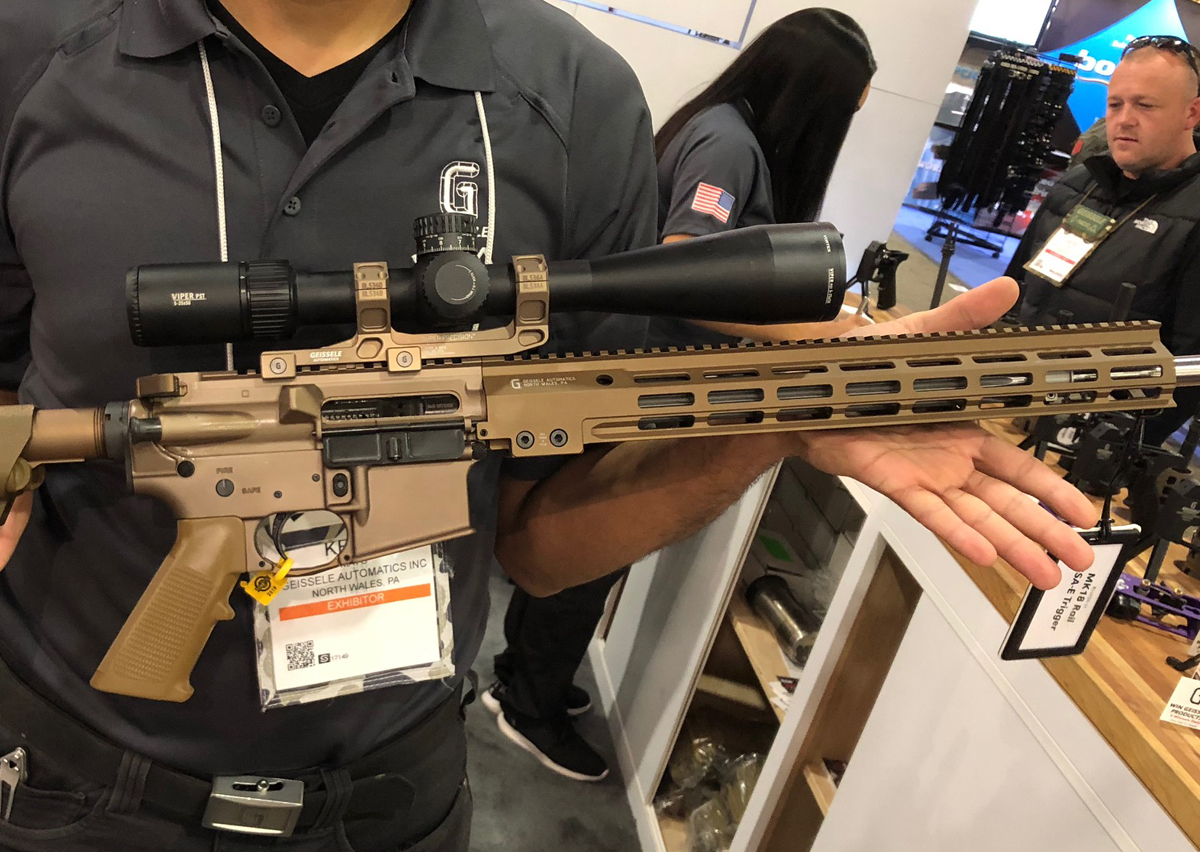 The rail is 16″ long so it is optimal for those longer precision rifle barrels and allows a bipod to be mounted farther out for better stability. Of course, a free floated barrel is the best for accuracy and to help with that Geissele uses their standard 2.25″ barrel nut to create a rigid interface that will be straight the length of the rail.  The barrel nut also doesn’t have to be timed for the gas tube so it makes installation a breeze as well.

That all being said, what makes the Mk 18 unique among other rails that share similar properties to the above?   Well, the bottom of the Mk 18 is machined flat with 45 degree dovetails to make it compatible with Arca-Swiss clamps. 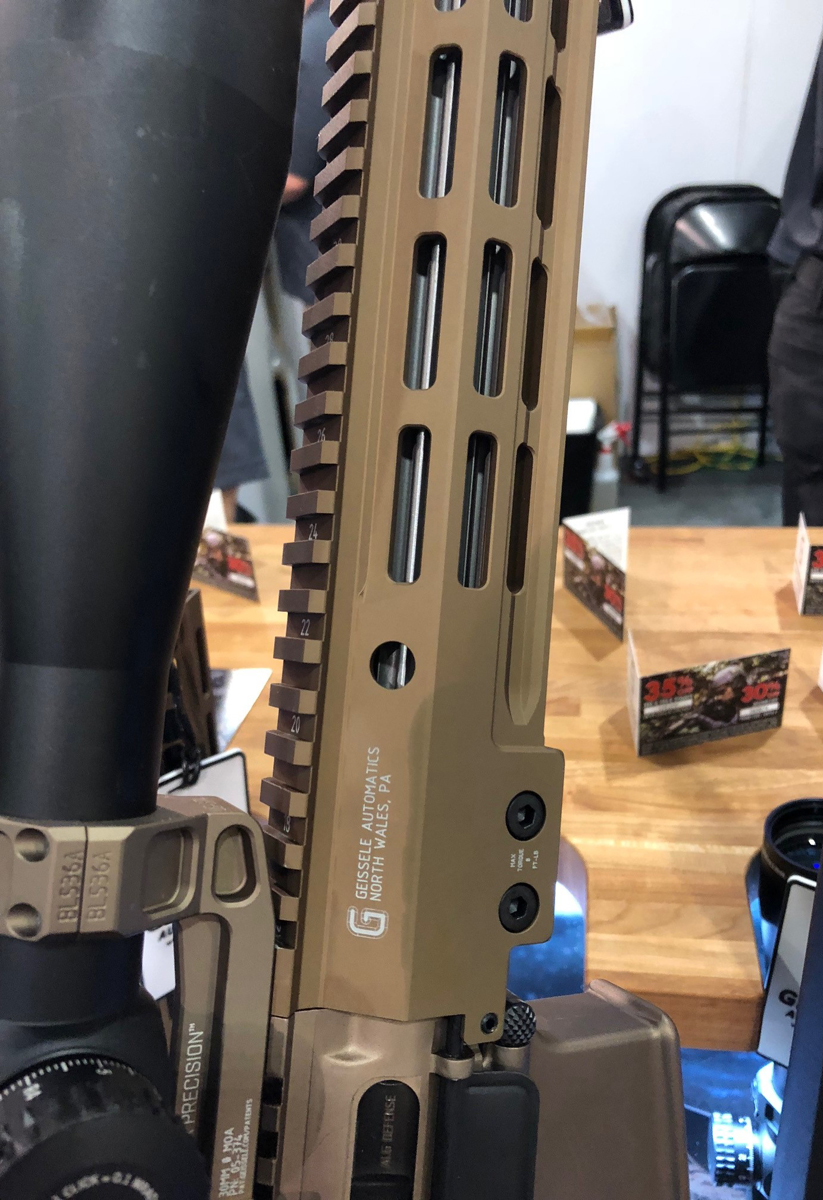 In the real world, a lot of shots aren’t taken from the prone and a shooter can often find themselves shooting from a tripod or other object in order to clear an obstacle.  Not only can you simply drop the rifle into an Arca-style clamp, tighten it down, and go, you can slide the clamp back and forth to find just the right balance point.

Bipods with Arca-compatible adapters can also be effortlessly mounted to the rail and positioned where it will provide the best support for the shooter.  Since the dovetails are machined into the rail itself the connection is practically failure proof since there are no screws to loosen or strip out.

Just like many of Geissele’s other rails, the Mk 18 also features Magpul MLOK slots so that you can attach additional accessories or rails as you see fit. The slots are located on the left, right, and bottom of the rail, as well as on the upper 45-degree sections so that you can mount lights or iron sights. 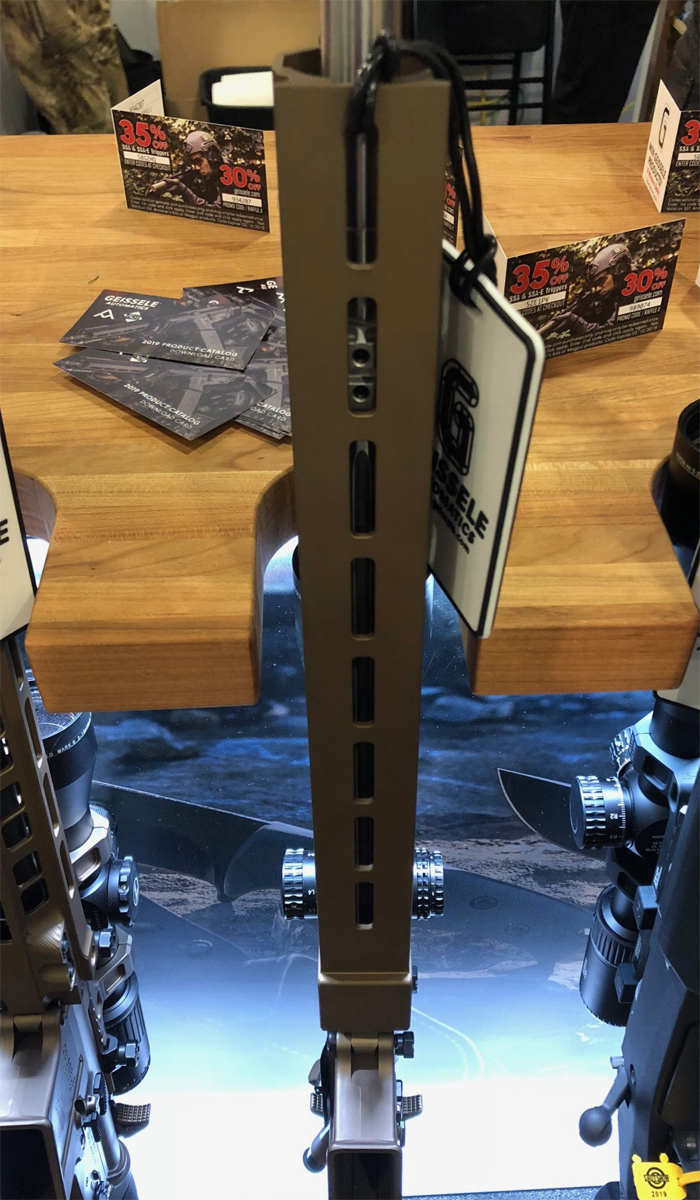 MLOK slots for adding rails or bipod mounts if you’re running a Harris or ATLAS bipod.

The Mk 18 is available in a durable Type III hard coat anodized black or DDC (Desert Dirt Color) finish.  Each Mk 18 comes with all of the hardware and tools to mount it to your receiver, in addition to Geissele’s own low profile gas block.