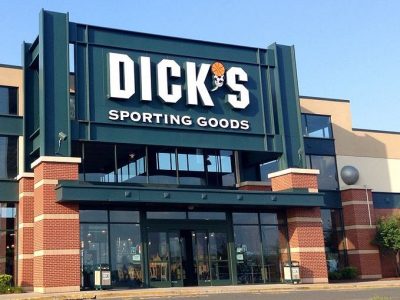 “That’s why we urge the House of Representatives to stand with the American public and take action on gun safety by voting for H.R. 8, The Bipartisan Background Checks Act of 2019, to require background checks on all gun sales,” they continued.

With limited exceptions, H.R. 8 would make all sales and transfers — even temporary transfers — subject to a background check. Transfers where the recipient does not remain “exclusively … in the presence of the transferor” would be considered unlawful. Violators would face up to a year in prison and a fine of $1,000.

“America’s business leaders are raising their voices in support of common-sense solutions to the uniquely American problem of gun violence,” said Feinblatt. “We are proud to stand with these courageous companies and the communities they serve in supporting the Bipartisan Background Checks Act of 2019, which will close the deadly loopholes in America’s background checks law.”

Meanwhile, the Trump Administration released a statement Monday detailing its opposition to H.R. 8. In addition to noting that the legislation would “impose burdensome requirements on certain firearm transactions,” the Executive Office of the President explained that H.R. 8 would also “impose permanent record-keeping requirements and limitless fees on these everyday transactions.”

“For example, unless an exemption applies, both the act of leaving a weapon in the temporary care of a neighbor while traveling and the act of later retrieving that weapon would require processing by a licensed entity under H.R.8. Also, unless such an exemption applies, domestic violence victims would be prohibited from borrowing a firearm for selfdefense without first having the transaction go through such a licensed entity,” said the White House.

The efficacy of universal background checks as a means to reduce gun violence is dubious, as the NRA-ILA recently pointed out. To make its case the NRA-ILA quoted from articles published by Vox.com and The Trace (Emphasis added):

Vox.com, which supports increased federal gun control, admitted in a Jan. 9 article that “a growing body of research suggests that comprehensive background checks alone won’t do much, if anything, to combat gun violence in America.” The article went on to cite studies by well-established anti-gun researchers at institutions that in some cases have entire research departments devoted to producing empirical support for gun control, including U.C. Davis, Johns Hopkins, and U.C. Berkeley.

Even Michael Bloomberg’s own dedicated anti-gun propaganda outfit, The Trace, admitted on Jan. 10 that “the real-world evidence that [universal background checks] reduce crime is more complicated than the political momentum might suggest.”

While The Trace strained to portray the evidence as “complicated” and “all over the place,” it nevertheless admitted, “it’s clear that in many cases the policy isn’t working as hoped.”

To pose the obvious question, what’s the point?  Why should Congress pass a law that is sure to chill the 2A rights of law-abiding citizens while doing little to nothing to combat gun-related violence?  Feel free to answer in the comments section below.

The House of Representatives is scheduled to vote on H.R. 8 this week.

Previous post: A Current Twist on a Timeless Message from Charlton Heston