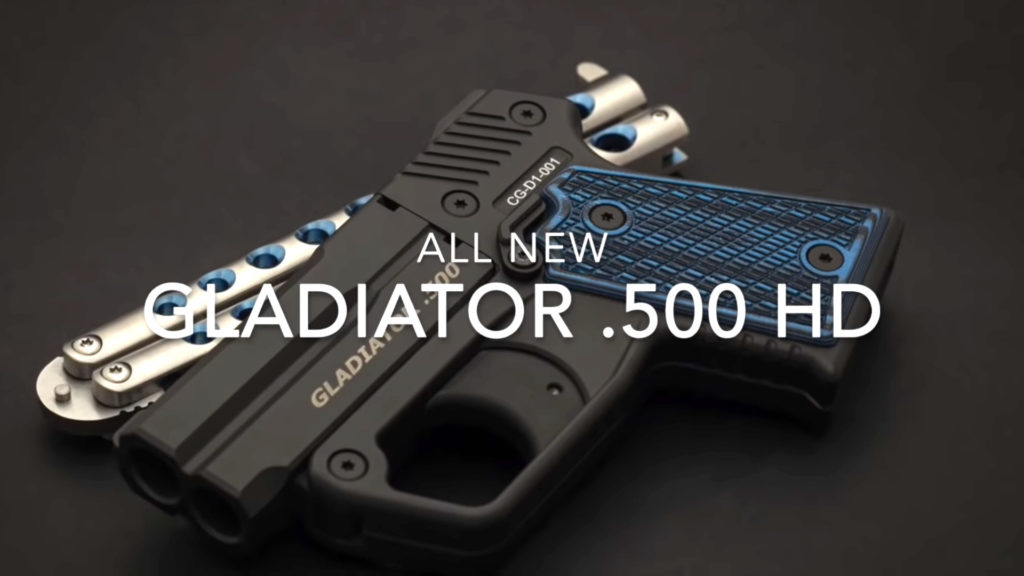 A Czech company called Czechgun is unveiling a .50-caliber black powder derringer – for 2019. This surprisingly heavy-hitting two-shot muzzleloader in an updated design launched not too long ago in .45 caliber.

The market for the gun is clear. In the Czech Republic – and probably other markets as well – black powder pistols are less regulated to unregulated, and like in America, some people just don’t want to jump through any hoops and still be able to carry something, even if it means rolling back time.

Czechgun calls it the Gladiator .500 HD D1 or simply the Model D, and while it uses modern machining, finishes and materials, it loads just like any other percussion cap pistol. The manual includes loading data for different powders and projectile weights that vary from light, essentially practice loads to a handful of real wrist-snappers.

The derringer has a steel barrel block with two 3.3-inch barrels and a black nitride finish. The two-piece frame is 7075 T6 alloy aluminum which should inspire a lot of confidence. Czechgun rates the guns to fire 1 million rounds. 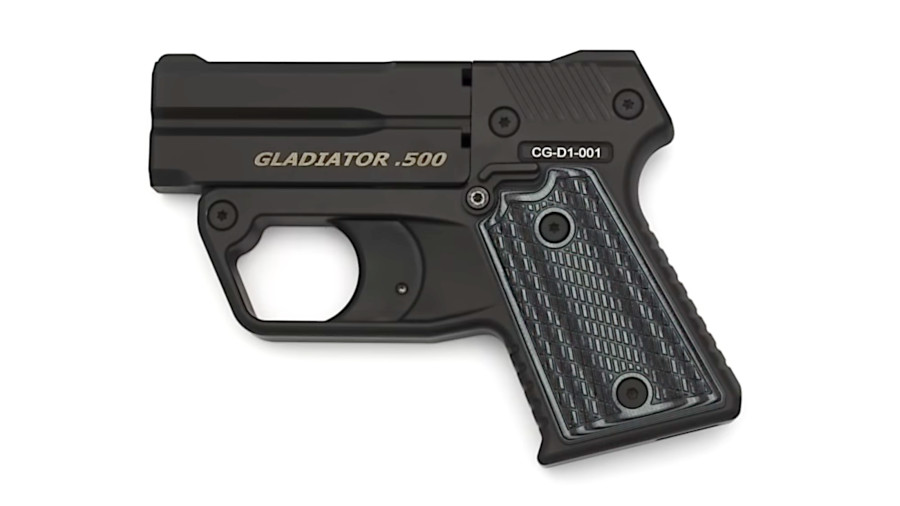 Would you like a black powder derringer, even just for the novelty? (Photo: Czechgun)

Overall it weighs 22 ounces, measures in at about 6 inches long, just over 4 inches tall and a hair over 1.1 inches at the grips. The barrel assembly is thinner at just over .75 inches wide. Different grips are available which may change the width by a small amount.

Mechanically the Gladiator is considerably more modern than most derringers out there. It has a double-action trigger that fires the barrels in alternate succession. It also has sprung firing pins to make it drop-safe for everyday-carry.

The safety is the double-action-only trigger and the sole control on the Gladiator is the takedown lever for reloading. It sports large fixed sights. Since it’s a muzzleloader the best method to reload quickly is to carry another muzzleloader, but its small size and short barrels will probably be easy to reload at the range quickly with a little practice.

The Gladiator has a suggested price that works out to just over 600 in US dollars, which is a little expensive but not that much of a surprise. American derringers often cost a lot compared to more common modern guns because they have a smaller market.

And like 80 percent kits, the Gladiator has an off-the-radar appeal that people worldwide are willing to pay a little extra for.