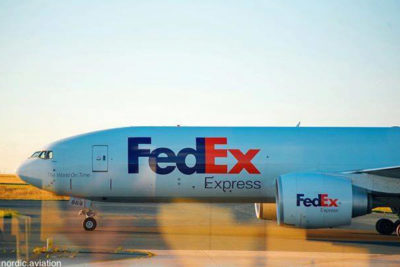 International shipping giant FedEx announced yesterday their decision to sever ties with the National Rifle Association, according to Reuters.

But the move has nothing to do with the recent mass murder in a Pittsburg synagogue, the company says. Instead, it claims that business members of the NRA did not bring in enough shipping volume to warrant the discount program it offered to the pro-gun group.

Unlike companies such as Delta Air Lines, United Airlines, and Enterprise, FedEx has thus far refused to cave to pressure from anti-gun groups who wanted them to end their partnership with the NRA. In February, they followed the example of Wells Fargo, which has maintained their ties with gun companies in an effort to avoid extra-legal restrictions on Second Amendment rights.

While FedEx said after the Parkland massacre that it opposed civilian ownership of “assault rifles,” it “does not and will not deny service or discriminate against any legal entity regardless of their policy positions or political views.”

The company’s latest decision may or may not be politically motivated, but the mainstream media has reliably jumped to their own conclusions. Perhaps the dumbest take comes from Reuters’ John Foley, who believes this move by FedEx indicates that “the NRA no longer has the economic clout to inspire fear in the corporate world.”

As proof, Foley cites an incident in the year 2000 in which the NRA called gun owners to boycott Smith & Wesson for their support of gun control measures. Smith & Wesson nearly went out of business, Foley claims, and the company’s CEO lost his job.

But the NRA’s influence over a gun company’s bottom line should come as no surprise. They are a gun rights organization, after all. A similar boycott would no doubt have the same effect today, and the NRA likely never had as much sway with companies outside the firearms industry. It’s also worth noting that NRA membership has never been higher, and donations to the organization spiked after Parkland.

Foley also claims that companies that banned AR-pattern rifles like Dick’s Sporting Goods, Walmart and Kroger haven’t suffered economically as a result of their decision. While Walmart may be too large to feel the effects of disgruntled gun owners, the same isn’t true for Dick’s.

The company saw a 10 percent drop in their stock price following poor earnings numbers in August, and while that price has risen in the last few days, it still isn’t clear how their decision will affect the company moving forward.

FedEx says it dropped more than 100 additional companies as part of the review that gave the NRA the boot.

Next post: SAF Blasts Media for Anti-Gun Bias Leading Up to Midterms