SAF Blasts Media for Anti-Gun Bias Leading Up to Midterms 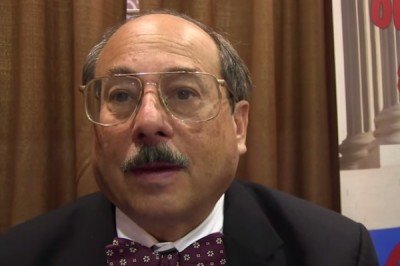 The Second Amendment Foundation (SAF) is calling out the media for their anti-gun bias leading up to the midterms.

For example, the Associated Press this week ran a story with the headline, “Guns send over 8,000 US kids to ER each year, analysis says,” which was widely syndicated all over the internet.

SAF founder and Executive Vice President Alan M. Gottlieb said the timing of its publication is “no coincidence.”

“Guns haven’t sent anybody anywhere,” Gottlieb explained. “Careless people or criminals misusing guns are responsible, but guns get the blame. The problem is that many people never read past the headline, and this sort of thing contributes to the public’s impression that bias drives such sensational headlines.

“The press screams when anybody talks about ‘fake news’,” Gottlieb noted, “but this bias is exactly what people are talking about, and when it comes to gun issues, it’s blatant. News agencies refer to gun prohibition lobbying groups as ‘gun safety organizations’ to help disguise their true intent. They talk about ‘semiautomatic assault rifles,’ when there really is no such thing, since true ‘assault rifles’ are fully automatic.

“It’s all subliminal, but it is designed to create an impression about firearms, gun owners and their desire to add further restrictions on the Second Amendment,” he stated. “It’s deplorable and dishonest, but it exemplifies why people no longer trust the media. The public is not as dumb as the press thinks, and the proof is shrinking newspaper circulation and declining ratings. The press needs credibility, but on the gun issue, that was sacrificed a long time ago.”

The Second Amendment Foundation (www.saf.org) is the nation’s oldest and largest tax-exempt education, research, publishing and legal action group focusing on the Constitutional right and heritage to privately own and possess firearms. Founded in 1974, The Foundation has grown to more than 650,000 members and supporters and conducts many programs designed to better inform the public about the consequences of gun control.