Franklin Armory is one of my favorite companies, not because of the products they make (although they are awesome), but because they continue to push legal boundaries in order to preserve the 2A. That said, Franklin Armory’s Providence is a new product that not only benefits those in the good ole US of A but our friends across the pond as well. 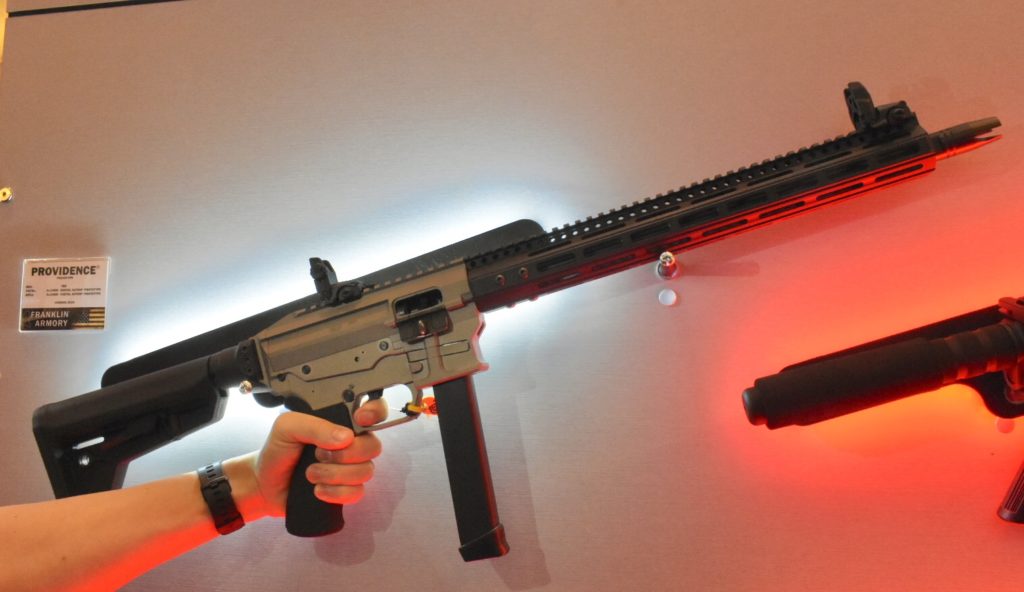 Shown with the trigger half pulled, the bolt is also half back (in the extraction and ejection phase). The Providence is not only functional but aesthetically pleasing as well.

The highlight of the Providence is the fact that it is not semiautomatic, but still fires one round per pull of the trigger. The technicalities of this fall in a grey area but as I mentioned, this is one of Franklin Armory’s specialties. They have dubbed this action the “digital action” not because it is electronic, but because it operates by the power of your finger (digit). As of SHOT Show 2019, all of the legal aspects have been submitted to ATF for review and are yet to be confirmed. But from the looks of things thus far, the future is bright for the Providence. 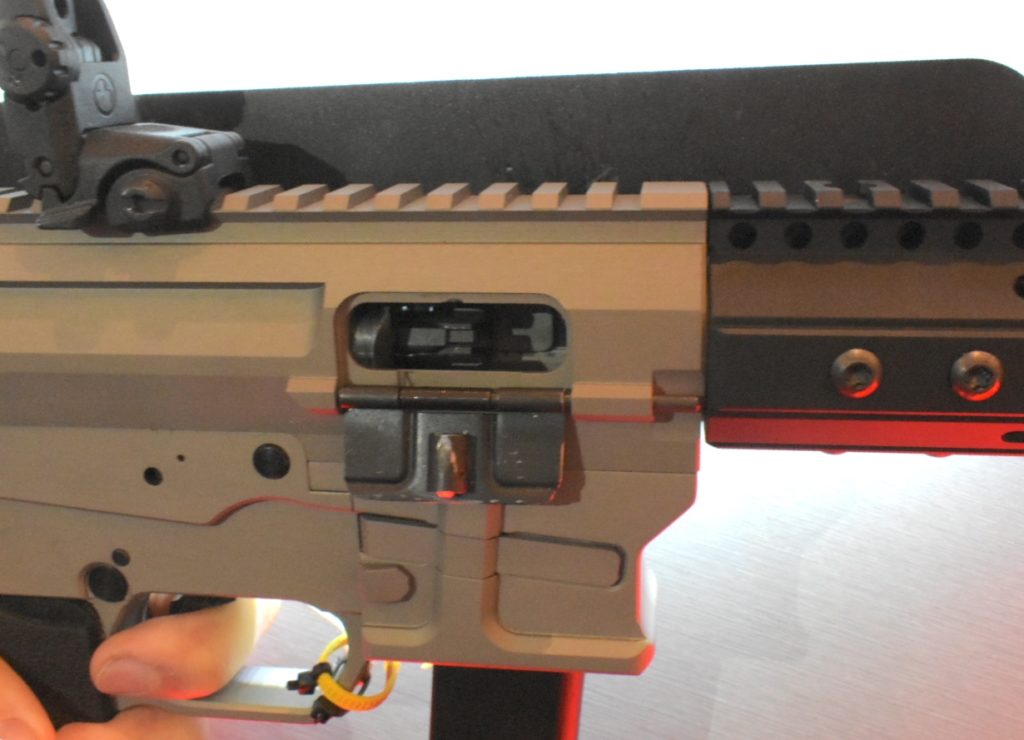 A closer look at the digital action while halfway through a trigger pull.

Currently, the Providence is still a prototype with a pending patent. It is going to launch in 9x19mm Parabellum, but is expected to be available in 45 ACP and possibly 10mm eventually. The firing sequence begins as you begin to pull the trigger. As the trigger is pulled back, the extraction and ejection phase begins. Mid trigger pull, the bolt slams forward driving a round into the chamber. Upon completion of the trigger pull, the carrier and fixed firing pin fall and detonate the round in the chamber. The action cycle has been completed at this moment and nothing happens until the trigger is reset and pulled again. 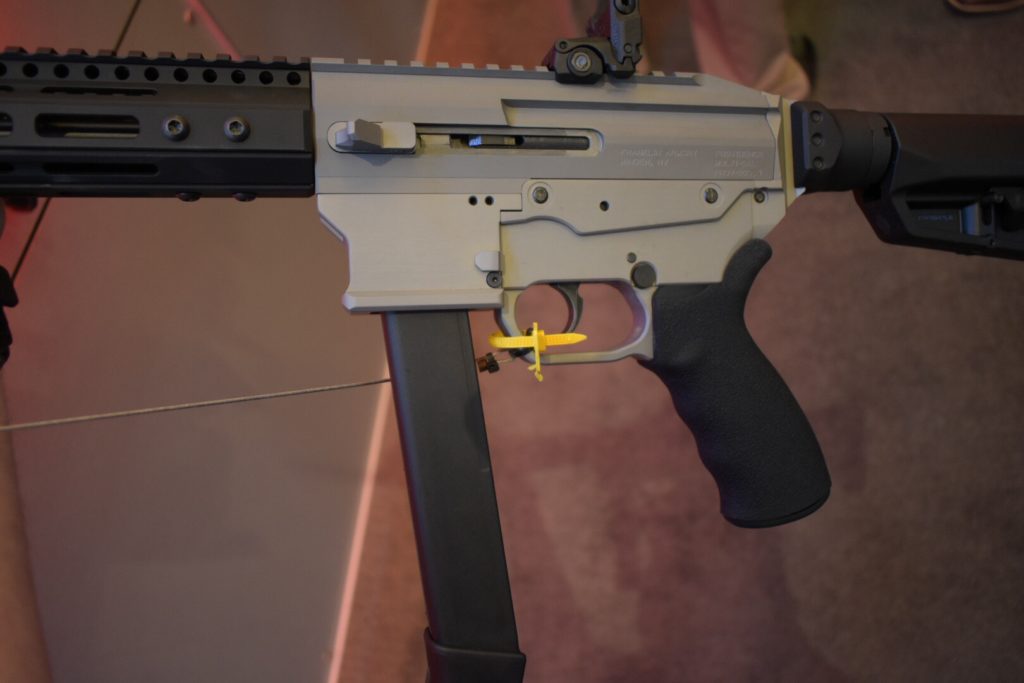 The other side of the Providence reveals a non-reciprocating charging handle.

One of the biggest worries that I immediately had when I learned about this gun was the trigger pull. After using the Providence myself, I can say that Franklin Armory has somehow made an excellent trigger. By the time the gun is released around October of 2019, the trigger pull isexpectedd to be around 4.5 pounds. 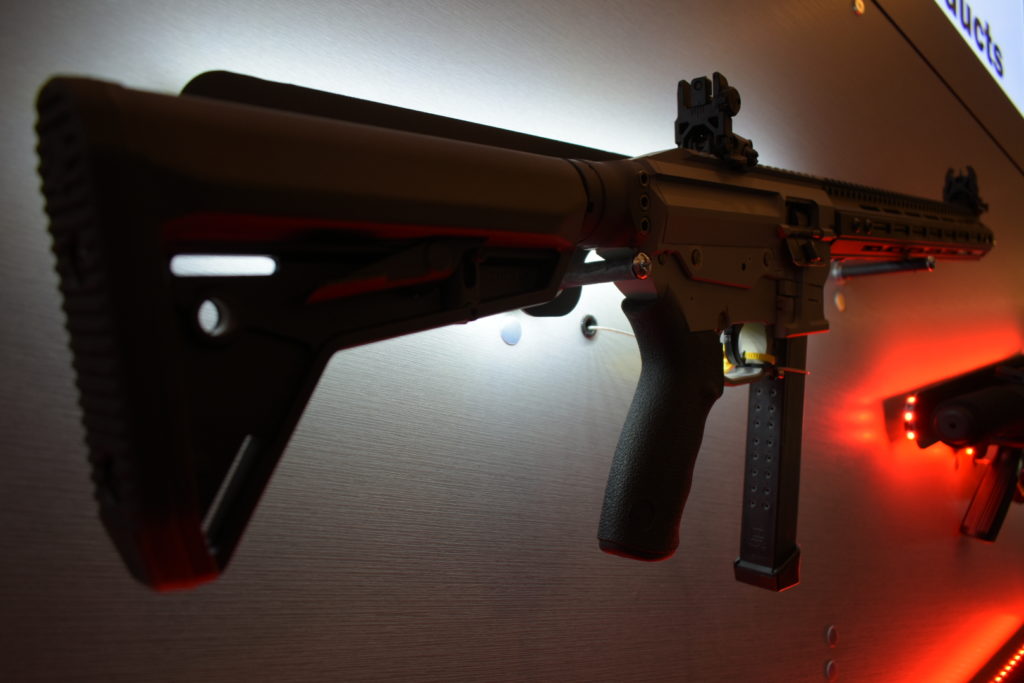 Not only is the action impressive, but the gun itself is attractive and feature packed. It includes an FST MLOK compatible handguard, it will accept many common stocks and braces with a Picatinny mount, and it will take Glock mags.

The other upside is that the Providence never has a live round in the chamber until it is about to be fired.  It is 49-state legal with California pending and it is quieter with a suppressor than traditional semiautomatics. Franklin Armory hit a home run here.  Visit FranklinArmory.com to learn more. 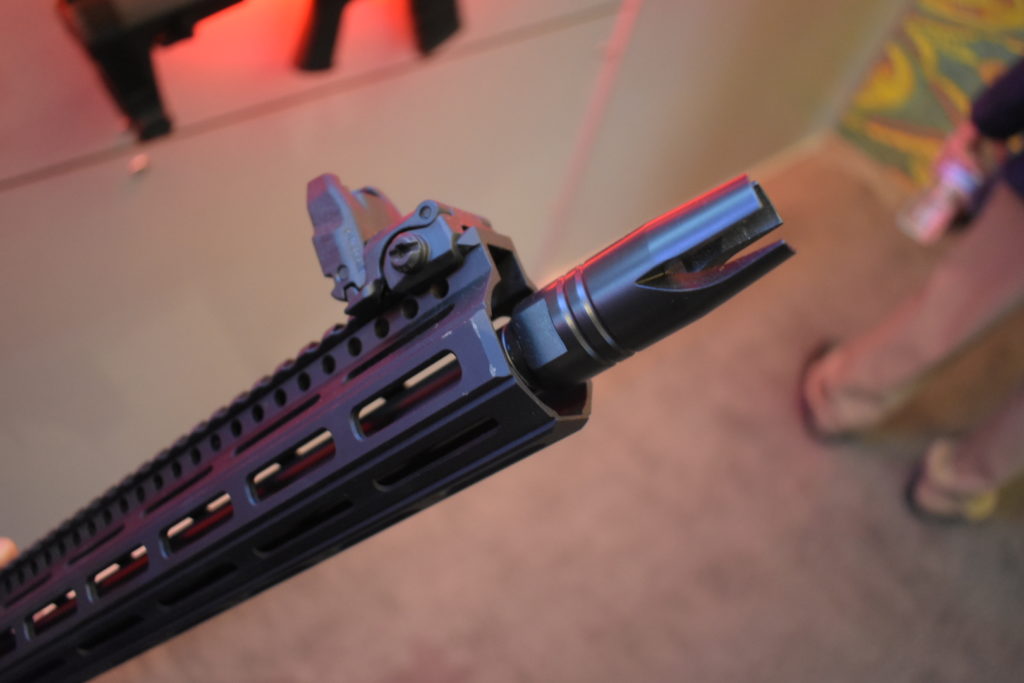 The Providence comes with a three-pronged flash hider.