Bad news for the anti-gun lobby. A majority of Americans oppose banning semiautomatic firearms “known as assault rifles,” according to a recent Gallup poll.  (Yes, we know, Gallup’s wording is incorrect.  “Assault rifles” are full auto and already regulated by the NFA.) 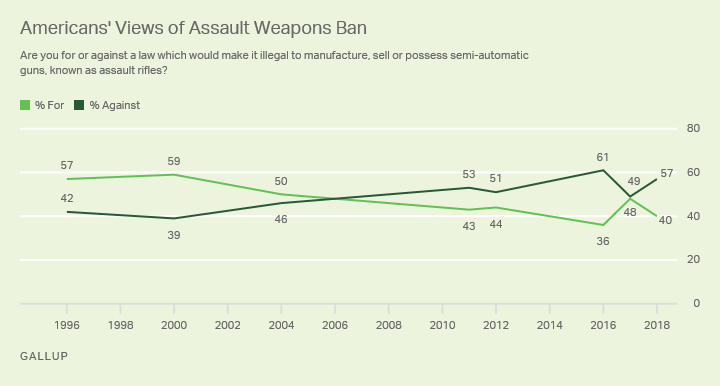 Findings for the survey conducted Oct. 1-10 indicate that 57 percent of Americans oppose prohibiting ownership of modern sporting rifles while only 40 percent support banning them.

Last year, in the aftermath of the mass killing at a country music festival in Las Vegas, the percentage favoring a ban was 48, suggesting that high-profile attacks have a tendency to inflate the numbers.  But as time goes by, emotions cool, and reason and common sense prevail.

“The current 40% support for an assault rifles ban is below the historical average of 47%,” noted Gallup. “The latest data provide further evidence that public opinion typically shifts to higher support for tougher gun laws in the aftermath of a traumatic national event such as a mass shooting, but gradually reverts to prior levels as the memory of it fades.” 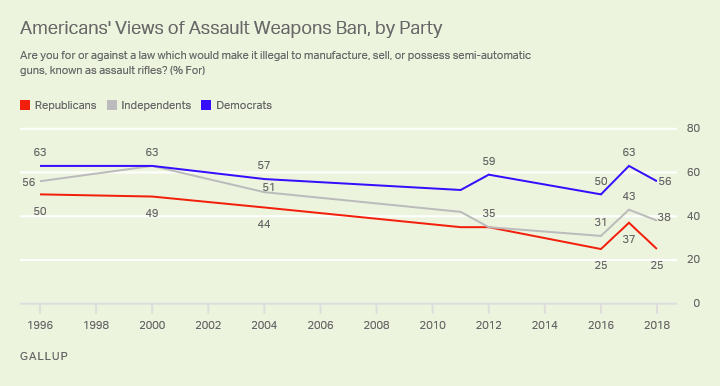 Breaking down the numbers politically, Democrats are twice as likely to support a ban when compared to Republicans, 56 percent to 25 percent.

“Republicans’ current reading ties with 2016 as their lowest. Thirty-eight percent of independents support a ban, continuing the recent trend in which they are more closely aligned with Republicans than with Democrats,” said Gallup. 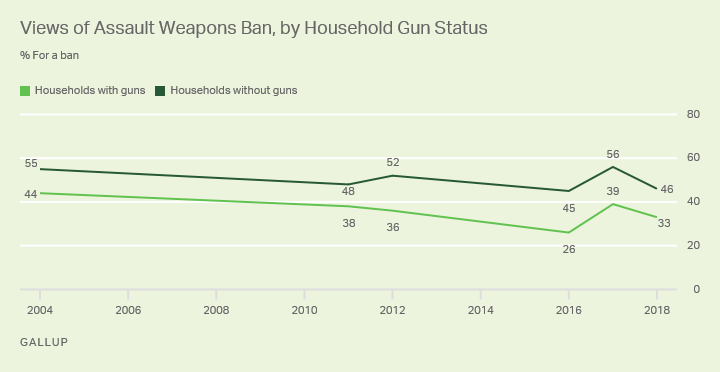 Alan Gottlieb, the founder of the Second Amendment Foundation, told GunsAmerica via email that these numbers are a product of pro-gun groups spreading the gospel of guns and dispelling the lies and misinformation propagated by Bloomberg and co.

“These poll results show that despite a hostile media, billionaire-funded ad blitzes and Democrat Gun prohibition politicians we have gotten our pro-rights message out to the public,” explained Gottlieb. “Gun rights groups have learned to use social media to educate the public.”

Gottlieb also said we may see these poll results manifest in the midterms, as gun-grabbing candidates may learn the hard way that their anti-2A stance doesn’t jibe with voters.

“This Gallup poll is an important indicator that gun control is a losing issue in the upcoming critical midterm elections,” he said.

Next post: Vietnam War Hero Gets 7 Years in Prison for Purchasing an M14 Over 40 Years Ago