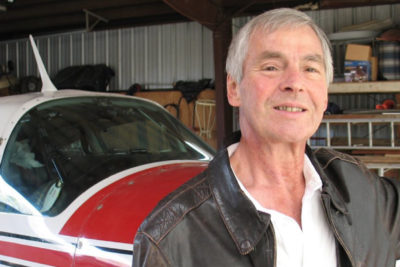 A Vietnam veteran and Silver Star recipient has been sentenced by a federal judge to 87 months in prison for illegally purchasing a fully automatic M14 rifle at a Fort Worth gun show in the early 1980’s.

Alfred Pick, 70, lives in Plano, TX., and purchased the rifle because it was similar to the one he carried in combat. Pick conducted more than 100 combat missions and spent time in a POW camp before being awarded the U.S. military’s third-highest honor for valor in combat.

“This gun was very rare at that time it was rare to see one so he instantly had a connection to it,” Pick’s attorney, Ryne Sandel, told CBS station KTVT. “Over the course of his life he and his wife and collected about 14 weapons, many of them were collector’s items.”

“He was a gun collector and it was probably the piece de resistance of his collection… he had shown it to me. I’ve never seen it taken it out of the case,” Pick’s friend, Mark Shackelford, added to KTVT. “He’s had it all these years never robbed a bank or done anything with it. Somebody that made one mistake and now 50 years later, he’s paying a really big price for it.”

SEE ALSO: Vietnam Veteran Who Was Shot by Police While Defending his Grandson Given a Hero’s Burial

But U.S. Attorneys brought Pick to court on more than just owning an automatic rifle with a scratched-out serial number. According to KTVT, police had been called on several occasions when Pick physically and verbally abused medical staff and patrons at hospitals and restaurants in recent years. In one altercation, he brandished a handgun in a restaurant parking lot.

His daughter also accused him of sexually abusing her from when she was four years old until the age of 17. She said her father took nude photos of her to “chart her growth” and sexually assaulted her.

“Obviously, there was a lot more to the sentence that was received – a sentence that Mr. Pick and his lawyer agreed to – than a single gun with a missing serial number,” said U.S. Attorney Joseph D. Brown.  “Although Mr. Pick was a decorated veteran, he would use that status routinely to try to excuse his repeated criminal behavior. This was also not a mental health issue. It became a public safety issue.”

Pick pled guilty to the weapons charge, but his attorney argued that his military service and the length of time since he purchased the firearm warranted a lighter sentence.

“He’s a really remarkable man to be honest,” said Sandel. “I do think it’s unfortunate for a gentleman like Alfred that’s had such an outstanding life to have it mired at the age of 70 by this federal felony.”

“The man is a Silver Star winner, he saved lives, he took care of his wife, he’s been in custody for a year, I would think that when a man turned 70 and is an American hero you don’t destroy the rest of his life for one mistake,” Shackelford added.