Is Your Car Cover or Concealment? High Threat Vehicle Engagements with 88 Tactical

88 Tactical’s High Threat Vehicle Engagements™ classes teach you how to respond to close range, high threat incidents in and around vehicles. Their training is based on real-world incidents and the study of human survival behavior under duress.

When shootings do happen around vehicles, the results are confusing and messy. There may be no warning of an assault and no cover available except another car. Your immediate response is critical. A key determination that must be made immediately, is it cover or concealment? Can you hide behind it? Can you shoot through it?

Vehicle tactics have been around since Henry Ford made the Model T but it has not always been done well. Clyde Barrow was a student of ballistics. He selected Fords whenever he could steal one. While he valued the V8 engine, the solid steel construction and protective beams in the doors were another great reason to select a Ford as a getaway car. 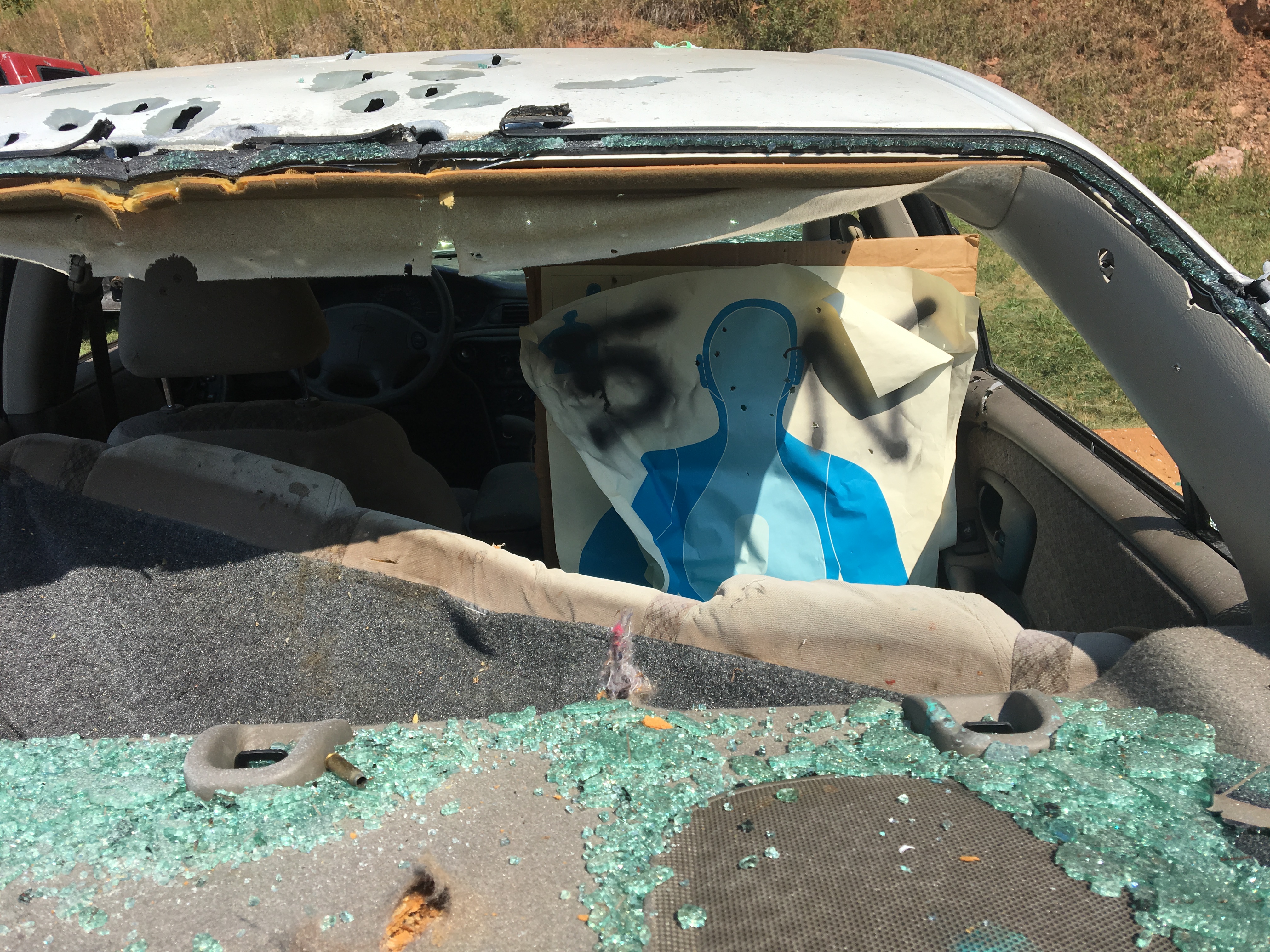 Typically, Law Enforcement officers only receive a few hours of training on traffic stops and static felony stops at the academy level. Faced with this reality, 88 Tactical developed its High Threat Vehicle Engagements class to give officers and armed civilians the core skills and experience they need to prevail when a traffic stop suddenly becomes a worst-case scenario, or when engagement takes place in an area saturated with vehicles. 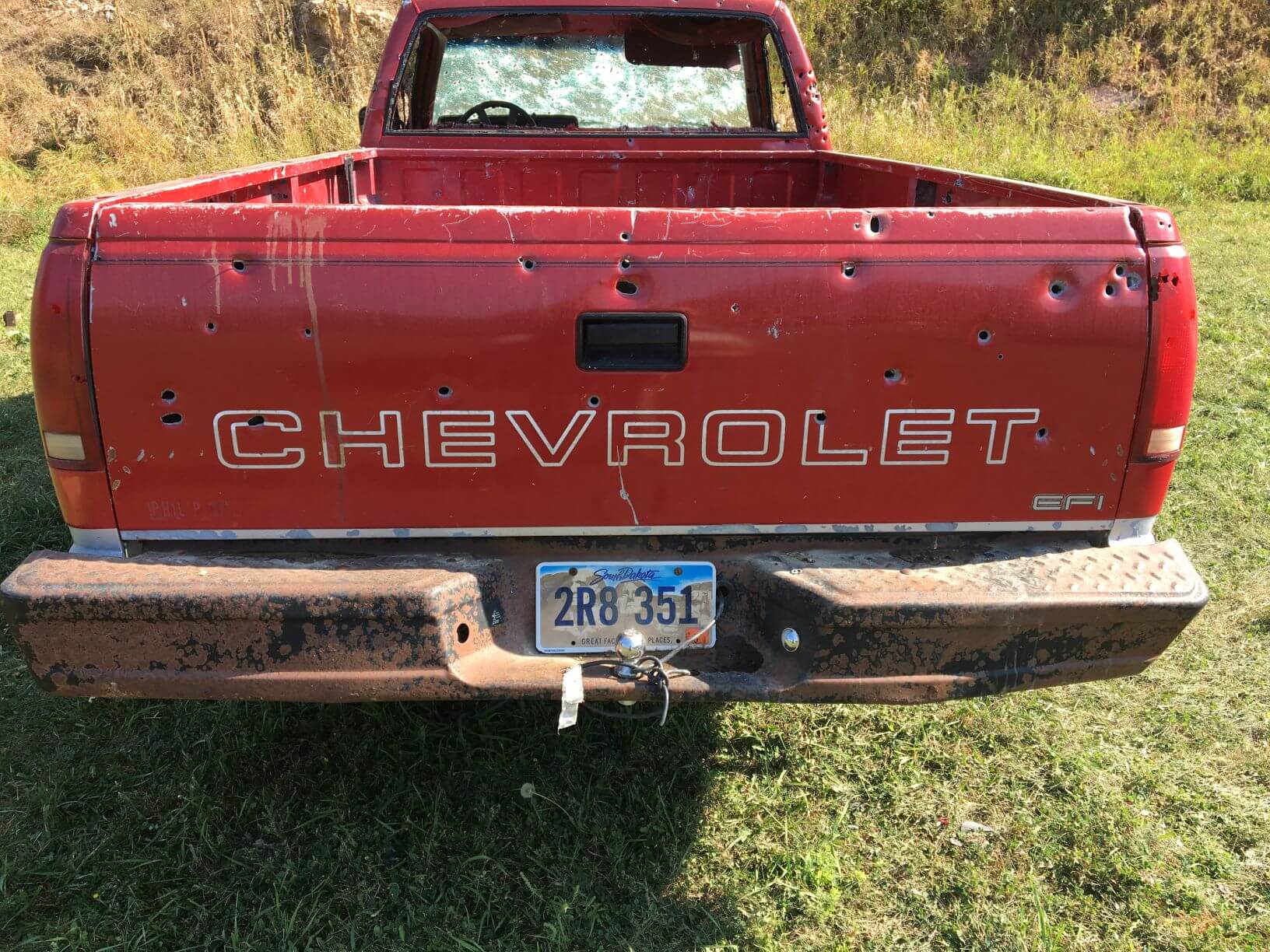 Tailgates and body panels are easily penetrated even with handgun ammo.

I have trained with cars on the range. Using an old patrol car to practice getting in and out of the car was fine. Training approaches and traffic stops worked well up to a point. The problem was, we told people to use the car as cover and not to shoot the car.

This is a classic training scar where training resources shape training rather than the reality of a fight. If you practice not shooting a car live fire or with FX marking cartridges, you learn techniques which don’t work on the street. When you shoot real cars, you quickly learn that they are only transitory cover if any at all. If the bad guy is hiding behind a car, it is often best to shot through it. If you train not to shoot through auto glass, you may miss the opportunity to quickly end a fight. If you don’t understand how to compensate for deflection through the glass, you may miss a shot you need to make. 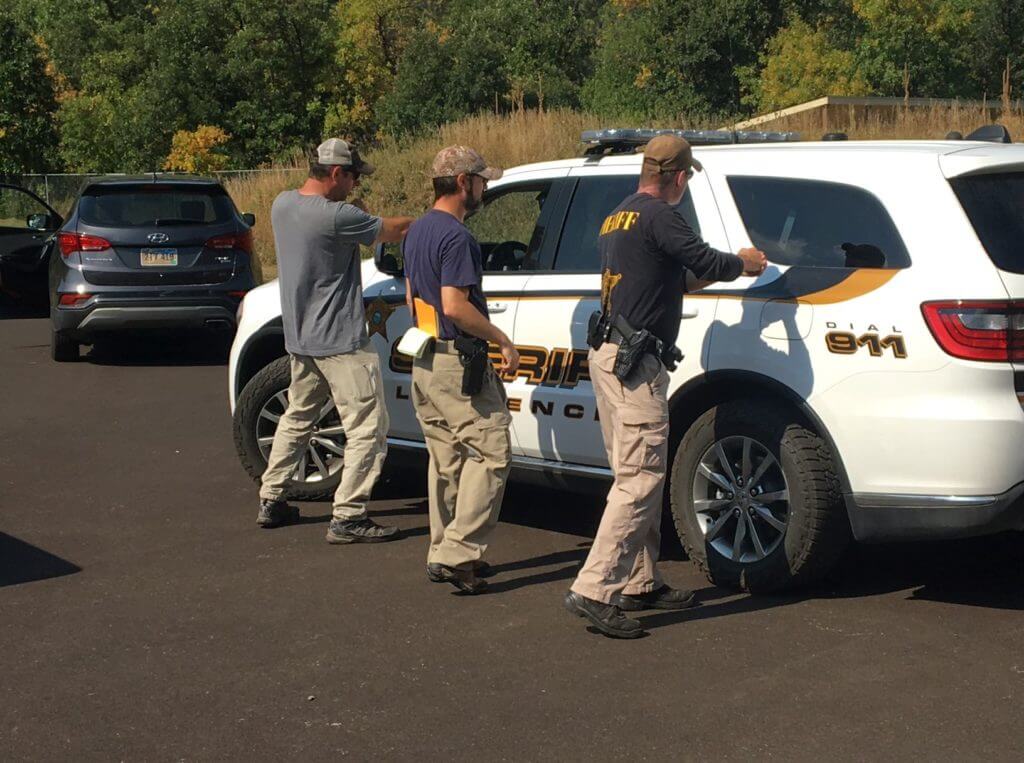 This class made me realize that training for a fight around vehicles means shooting vehicles and learning how bullets interact with vehicles. Spoiler alert, shotguns are very effective.

Cars may provide limited coverage for a few shots. Getting behind the engine block or axel and rims might provide some protection, but you can’t settle down there. Any protection you have won’t last long, it is transitory. This goes for bad guys too. Your first rounds may be stopped or deflected, you need to keep shooting to get a round through to stop the threat.

To sum up the key points I learned, if all the cover you have is a car, try to get behind the engine block and rims to maximize cover. Immediately look for another covered position to move to. If you have shoot at someone behind a car, shoot early and often. Many of your bullets will deflect and deform. It takes a lot of rounds to get effective hits.

The overarching lesson of this training is that most vehicles are concealment and not cover. This affects the targets we engage and how long we can stay in one place in a fight. Shot placement, the volume of fire and movement will carry the day.

The High Threat Vehicle Engagements class will change the way you think about cars. The reality-based approach sweeps away some of the foolishness of traditional training and lays a foundation for effective operations.

I cannot say enough about the necessity of live fire training around vehicles. 88 Tactical teaches a complete package from practical knowledge about terminal ballistics to best practice tactics.

You can attend training at the 88 Tactical facilities or host a class on your range. Want to know more? Click HERE.

The instructor in my class was Dustin Mowery. Dustin is an old pro with a lot of experiences working in and around vehicles. He is a team leader for the Special Response Team at a Central Ohio Police Department, and a member of the firearms and defensive tactics teams. Some of his duties include firearms, defensive tactics, SWAT, and active shooter training.

He has twenty years of law enforcement experience, nineteen of which has been in SWAT. During his career, he has worked patrol, general investigations, and narcotics. He spent over seven years as a member of a multi-jurisdictional narcotics investigations unit where he worked with local, state and federal agencies.

88 Tactical Group is a professional training organization providing a vast array of tactical curriculum, instruction and legal certification to civilians, law enforcement and military personnel. 88 Tactical’s instructor cadre represents some of the most well-credentialed LE/Mil/civilian trainers available in the US.

In the Nebraska Police Code, “Signal 88” means “Situation Secure.” 88 Tactical’s unique curriculum is based on their concept of Reality Behavior-Based Conditioning©. After years of operating out of the original outdoor Tekamah Facility, 88 Tactical daily operations were moved to a newly constructed headquarters in Omaha in July 2016. The Range & Readiness Center is open to the public and serves as the ultimate community resource – a training center, event center, gun range, restaurant, club, and retail shop all rolled into one.

Next post: DESERT EAGLE SPREADS ITS WINGS AGAIN – With the New .429 DE Magnum!