A 14-year-old was arrested last week in Clay County, Florida after he tried to force a Walmart shopper to have sex with him at knifepoint, local media reports. 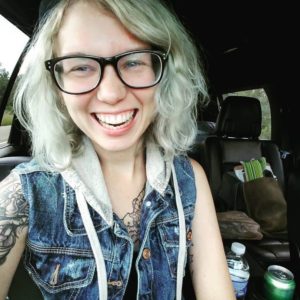 Authorities say that a concealed carrier, who was also shopping at the store, came to the woman’s rescue.

The victim, who has been identified as Alis Muntain, a teacher at a local Jacksonville high school, shared her version of the story on Facebook.

“I was making a quick run to get cat food and litter,” she said. Then, randomly, a teenager approached her, asked her how old she was and then said, “I want you to have sex with me. I have a knife in my pocket.”

Shocked and scared, Muntain reminded the teen that they were being recorded on the store’s camera, while also telling him that her husband and three-year-old son were outside waiting for her and will be “looking for me soon.”

“And you are threatening me with a knife if I don’t have sex with you?” she asked.

“Yes,” he replied, according to her telling of the encounter.

Right at this moment, Muntain got lucky because there was a fellow shopper crossing her path. She informed the man, the concealed carrier, of the situation.

“This boy has a knife and is threatening to use it on me if I don’t have sex with him,” she exclaimed. Muntain took off running while the concealed carrier drew his firearm.

“I firmly believe that if that man hadn’t walked by when he did and had his gun on him, things could’ve gone VERY differently,” she said on Facebook.

“It still doesn’t feel real,” she continued. “I’m so grateful that he was placed in my path at that moment, and that he was exercising his right to bear arms. I always figured that was a slim possibility at my school, but never at a Walmart in Fleming Island. You literally never know…”

Police applauded Muntain for the way she handled the situation.

“She did exactly what she needed to do as for as making contact with someone and getting them involved, to at least bring attention to herself and what was going on,” Sgt. Keith Smith with the Clay County Sheriff’s Office told News4Jax.

As for the suspect, he was taken to a juvenile detention center and given a mental health evaluation. Since he is a minor, Authorities are not releasing his identity.