For centuries, individuals have had the right to be safe and secure in their homes and to fight back against intruders who threaten harm to them or their families without retreating. Now, states have enacted laws that permit individuals to fight back using deadly force without a requirement to run. These laws are known as stand your ground laws.

What is a Stand Your Groud Law?

Generally, stand your ground laws allow people to defend themselves by responding to threats without fear of prosecution. In other words, someone facing an imminent threat is allowed to use force in self-defense right away without first trying to run away or escape.

The Development of Stand Your Ground Laws

Stand your ground laws developed out of the body of laws related to self-defense. Under traditional self-defense law, a person can use force to defend himself anywhere, but when he is outside his home he cannot use force likely to kill or seriously injure someone if there is a safe way to avoid it.

There is a centuries-old exception to the traditional rule called the “Castle Doctrine.” The Castle Doctrine allows a person who is in his home to defend himself with force likely to kill or seriously injure someone even if he could have safely walked away. The doctrine is based in the notion that a man’s home is his castle. It generally permits a person to use deadly force against someone who has entered his home without permission and who poses an imminent threat of serious injury. The Castle Doctrine does not require a person to retreat or even consider whether retreat was possible. The stand your ground laws extend the Castle Doctrine to confrontations that occur outside of a person’s home.

The first stand your ground legislation was passed in Florida in 2005. The NRA helped to draft the legislation, and the American Legislative Exchange Council (ALEC) adopted a model law based upon the Florida legislation.

*Legislation and laws are constantly changing and all readers should check their own state laws. This list may or may not be accurate at the date and time it’s being read.

Stand your ground laws are controversial

Supporters of stand your ground laws argue that these laws keep law-abiding citizens safe. They also see duty-to-retreat policies as detrimental to victims, placing the burden of protection on them and unfairly making them liable for the outcome of altercations they did not initiate. They believe it is important for people to be able to defend themselves anyplace they have a legal right to be. 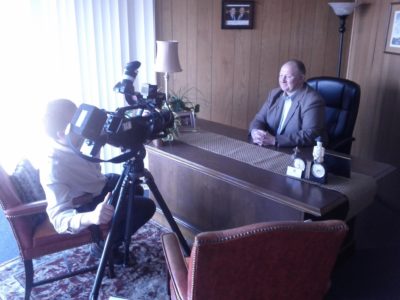 Former Illinois Representative Richard Morthland stated, “[S]tates are turning to these measures to uphold the principles that our laws must protect the innocent over the criminal, the peace-loving over the violent, and the law-keeper over the law-breaker. In a situation where a citizen is under attack, it cannot be incumbent upon the individual to take extraordinary measures to avoid conflict that he or she did not initiate.”

And as former Florida Governor Jeb Bush stated at one National Rifle Association meeting, “You shouldn’t have to choose between being attacked and going to jail.”

Critics of the stand your ground laws believe that the laws encourage violence and allow for racial bias. They believe such policies encourage vigilantism and give malcontents legal protection to escalate altercations until they perceive bodily harm. They further argue that even those acting in good faith may lack the training or understanding to properly assess a situation. They believe that racial stereotypes can cause people to misinterpret innocent behavior as something threatening or violent and stand your ground laws justify that violence. Critics equate stand your ground as a license to kill.

There are also competing arguments on the effectiveness of stand your ground laws on reducing violent crime. Proponents argue that violent crime is significantly decreased by SYG laws. Opponents argue the opposite. Several studies have been done on the subject and there is data from studies to support both positions.

The tensions between competing views have been played out in several high-profile court cases. One such case involved the death of a 17-year-old named Trayvon Martin who was shot and killed by George Zimmerman in Sanford, Florida on February 19, 2012.

On that night, Trayvon, who was black, was walking back to the home of his father’s girlfriend where he was visiting with his father. He had stepped out to walk to the nearby 7-Eleven to buy some Skittles and iced tea. As he was walking through the gated community at dusk back to where he was staying, he aroused the suspicion of George Zimmerman, the lead neighborhood watchman. Zimmerman contacted the police indicating that Trayvon looked like he was up to no good. The police advised Zimmerman to stand down, but he chose to confront Trayvon anyways.

There were no direct witnesses to what happened next. There are 911 recordings in which you can hear people calling for help in addition to other conflicting second-hand accounts. In the end, all that is known for certain is that Zimmerman confronted Trayvon. An argument ensued and by the time the police arrived, Trayvon was dead. Zimmerman claimed that he had shot Trayvon in self-defense.

Zimmerman was charged with 2nd Degree Murder. At trial, the jury in Zimmerman’s case found him not guilty by reason of self-defense. This sparked a major debate over Florida’s stand your ground law.

Things to remember when you stand your ground.

It is important to remember the following if you are in a self-defense situation and choose to stand your ground:

• The laws in the 25 states that allow you to stand your ground are all slightly different. It is recommended that you consult with an attorney in your jurisdiction to make sure you understand the applicable law and the requirements and limits for standing your ground.

• Stand your ground does not prevent arrest or prosecution. Even if it is ultimately determined that you properly acted in self-defense, you may be arrested, jailed and charged with a crime if you choose to stand your ground and use deadly force.

Ultimately, stand your ground laws expand a person’s right to defend himself from harm. There is a strong disagreement as to whether the laws increase or decrease violent crime. It is likely that the debate on the issue will continue for the foreseeable future as more states embrace stand your ground legislation.

In Part II, we will examine jurisdictions in which a person has a duty to retreat before exercising a right to self-defense along with the right of self-defense in general.