One of the funnest guns to shoot at the SHOT Show range day was Maxim’s new PDX. There were giggles all around whenever it was shot on full auto. Everyone raved about how great it was to shoot 7.62 rounds form a 5.5″ barrel. Speaking with the reps, they said part of the requirement for this gun was that it shoot 8″ groups at 300 yards with a 5.5″ barrel, and they said it does. Maxim wanted it to be an effective gun that can be carried in small places, like a saddle bag on a police motorcycle. Even though it’s small, Maxim has invented some new aspects that make it effective (and fun) to shoot.

Obviously, a rifle a that has a 5″ barrel requires a tax stamp. However, Maxim made it clear that they would make the same gun available as a pistol with their Maxim pistol brace so that no stamp would be required. 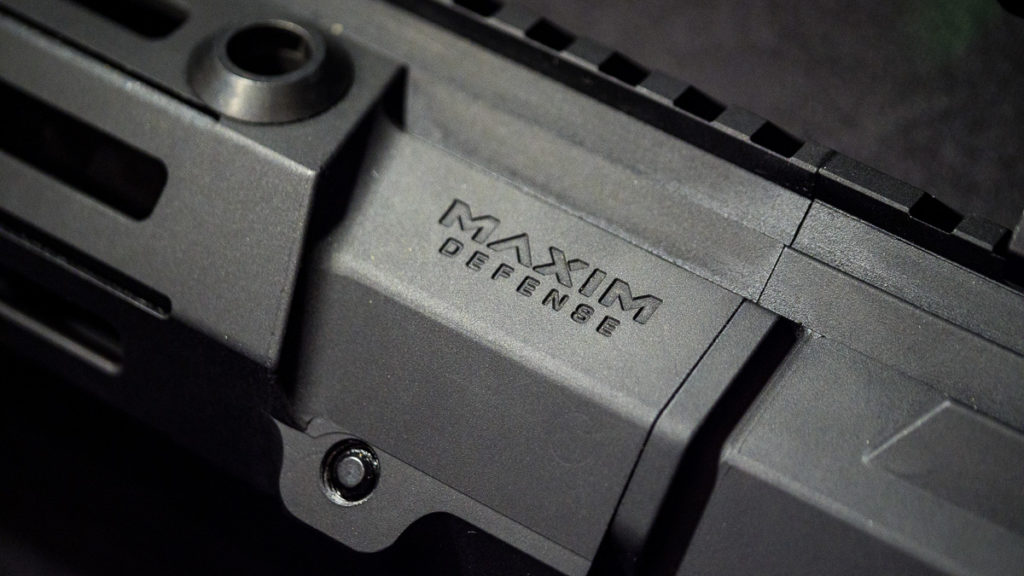 It’s a good looking gun with all the right specs. 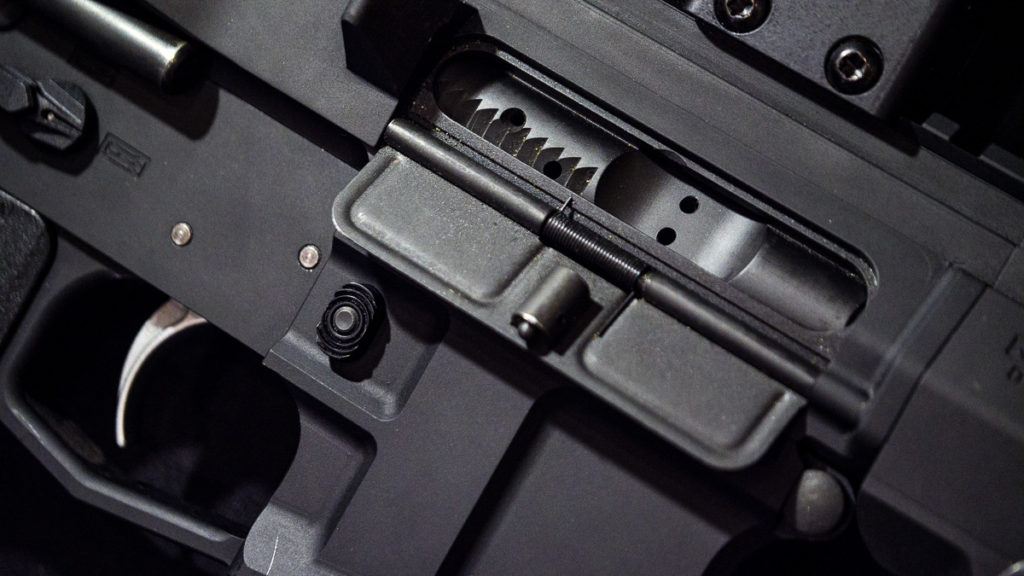 The PDX screams quality every time you pick it up. 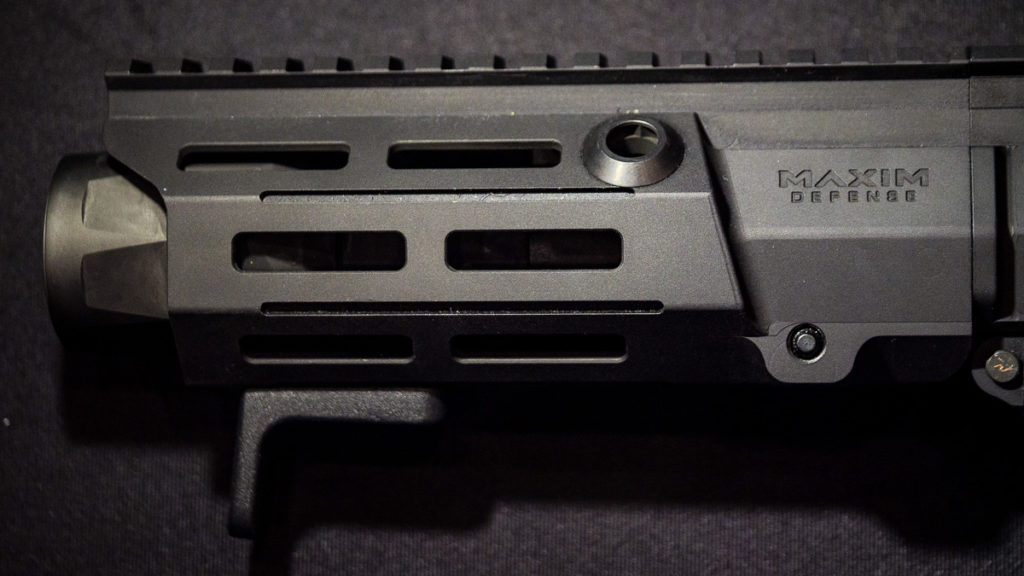 Don’t overreach on the handguard–you’d hate to put your hand on that.

The new HATEBREAK is key to the whole system. It effectively controls muzzle rise and directs much of the report forward away from the shooter. That makes it a lot more pleasant for the shooter, but if you were shooting at the next table at the range you could definitely feel a significant report. The HATEBREAK also provides back pressure that helps the weapon cycle.

Maxim’s SCW stock system collapses to just 4″, but extends instantly and is rock solid and makes this a truly portable weapon. It comes standard with the PDX, but you can also buy it for your AR. There are no buttons to push, and you can adjust it to deploy to your preset length. 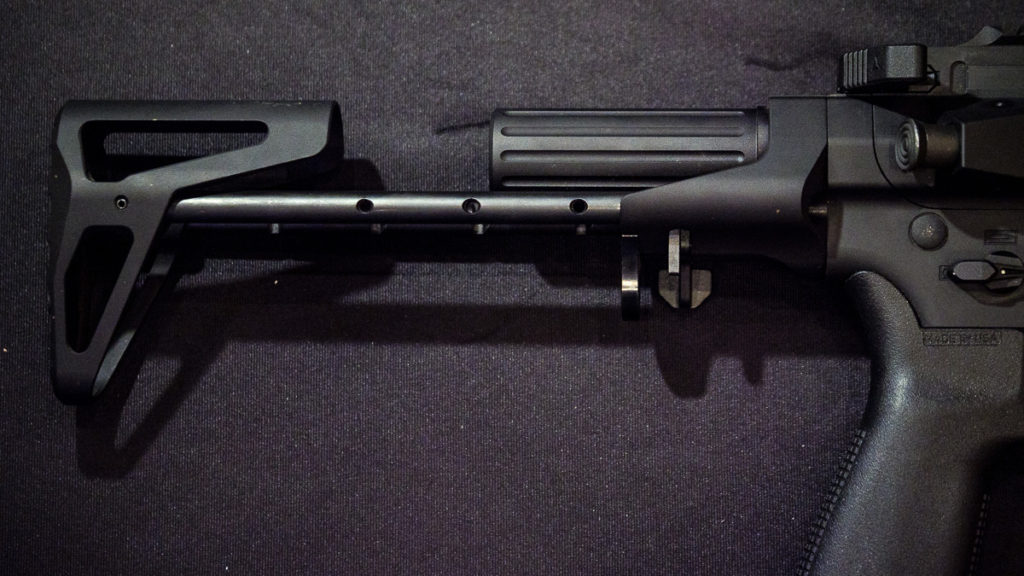 The SCW stock doesn’t need buttons to extend and it’s got 5 detents and can be configured for individuals. 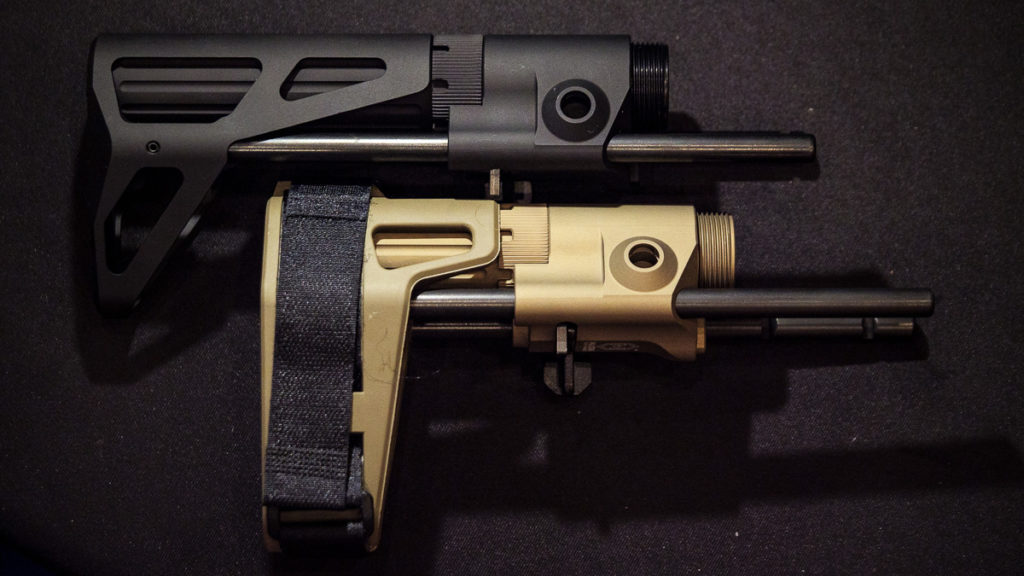 You can have any color you want, as long as it’s Black or Arid 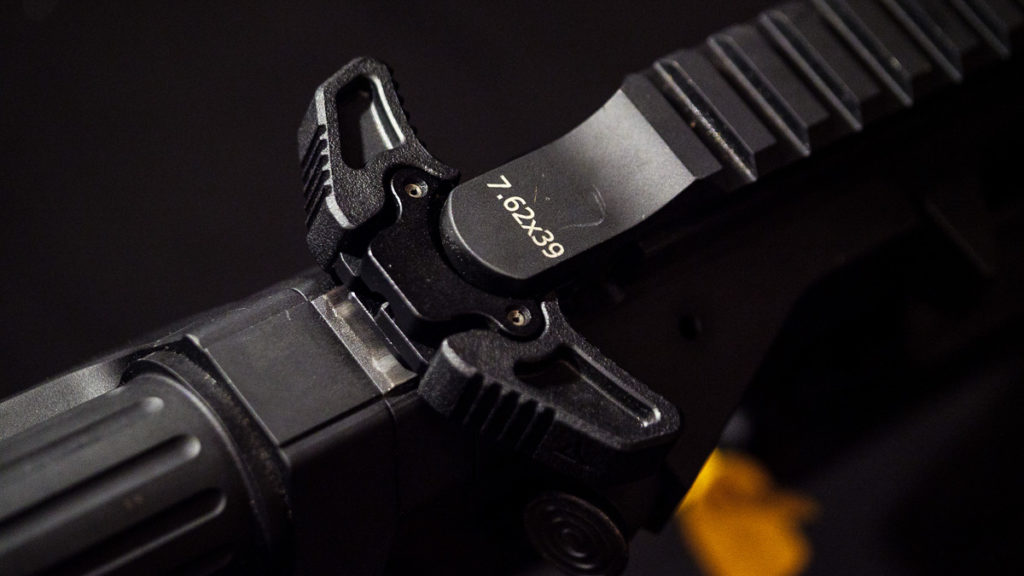 It was surprisingly easy to shoot, and I didn’t feel limited by its size. I didn’t shoot anything like 8″ at 300 yards, but I put several rounds on paper and enjoyed every one. This is a gun you should seriously consider. Get all the details and more pictures at Maxim Defense.