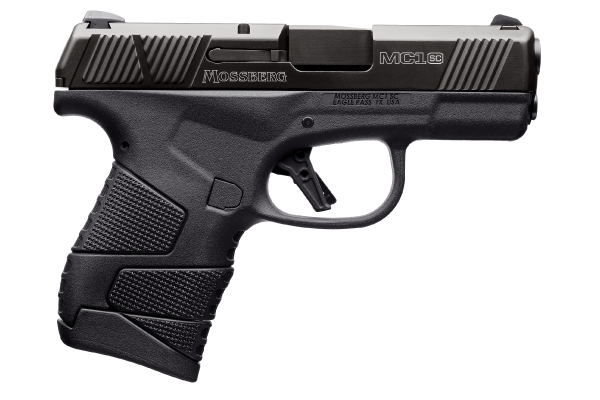 The MC1sc is the newest addition to the 9mm subcompact world from an unlikely source. (Photo: Mossberg)

The rifle and shotgun manufacturer hopes their 100 years of gunsmithing expertise have prepared them to enter one of the most popular handgun categories, and the MC1sc’s spec sheet indicates that they’ve developed a competitive offering.

The striker-fired, polymer-framed handgun comes with a 6-round flush-fit magazine and a 7-round extended magazine. It measures 6.25 inches long, 1.03 inches wide, and 4.3 inches high. It weighs 19 ounces (with empty magazine) and uses a 3.4-inch barrel.

For comparison, the Glock 43 features almost the exact same specifications, but Mossberg’s handgun beats the Austrians’ on price: at $421 MSRP, the MC1sc will likely run $50-60 less than the 43 on the street.

The MC1sc also includes two components that distinguish it from its competitors. The handgun comes standard with what Mossberg calls Clear-Count™ single-stack magazines. These mags are constructed from a “transparent, lubricious polymer compound” that allows the user to see the type and number of rounds in each magazine. Mossberg has confirmed to GunsAmerica that the MC1sc will accept Glock magazines as well.

The MC1sc also uses a takedown mechanism that requires the user to remove the striker assembly before disassembling the handgun for cleaning. While this sounds more like an impediment than a feature, it ensures safe takedown and doesn’t require users to pull the trigger before disassembly. Also, based on the company’s description, the process looks like a simple matter of removing the rear slide plate and racking the slide.

Other features include a flat-faced, 5-6-pound trigger, aggressive grip texturing, and a serrated slide.

The MC1sc is available in four varieties, depending on the desired sighting system and safety mechanism. The standard model is available with or without a cross-bolt safety and comes with white, three-dot sights. Mossberg also offers the MC1sc with TRUGLO Tritium Pro sights or a Viridian laser.

To celebrate its 100-year anniversary, the company is manufacturing a 1000-unit run of the MC1sc Centennial Limited Edition, which features 24 karat gold accents engraved on the slide, Titanium Nitride-finished barrel and metal small parts, and special serial number. The MSRP for the Centennial model is $686. 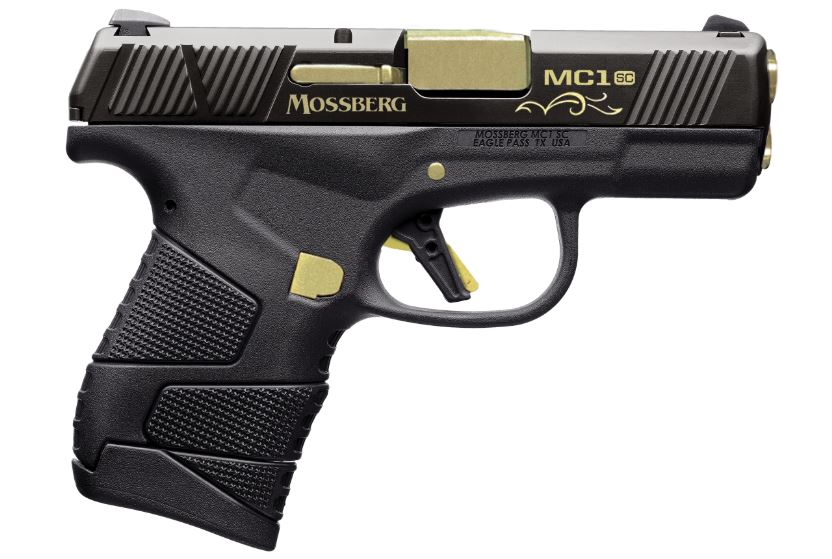