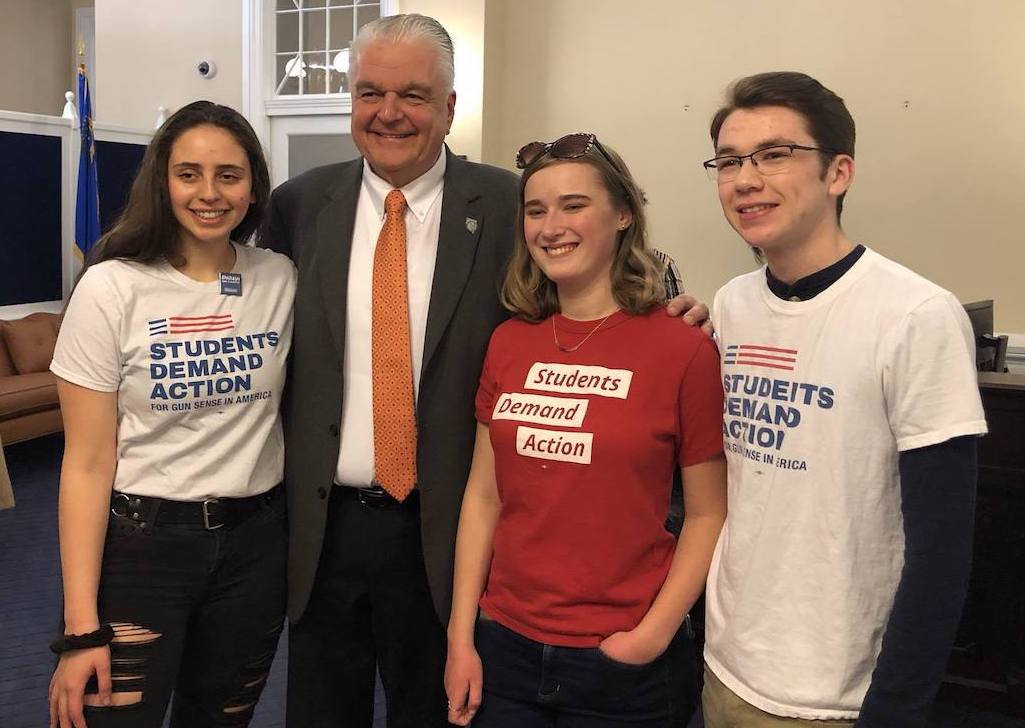 This week the Nevada Senate passed SB143 by a vote of 13 to 8.  The bill, known as “The Background Check Act,” would require any unlicensed parties who wish to transfer ownership of a firearm to first both appear before a licensed firearm dealer so that a background check can be completed.

Anyone who does not comply with the act would face criminal charges.  The first offense would be a misdemeanor and any second and subsequent offenses could be charged as felonies.

“The process behind this sweeping gun grab measure has been flawed from the start,”  McDonald said.  “Our party attempted to fix this broken piece of legislation . . . [but] Democrats find it more important to do it their way, and punish law abiding citizens, than to do it right.”

Prior to coming before the Senate for a vote, public testimony was taken and the bill was debated in committee hearings.  One woman, Jenny Heyman, testified in favor of the bill, having lost her son to a man with a gun during a road rage incident.

SEE ALSO: Pro-Shooter Shane Coley: This Is How You Hold A Glock

“And what is it going to do?  We are not trying to take anything away.  We are just trying to protect everybody.  I mean, it is a step in the right direction as far as I am concerned.  That’s how I feel,” said Heyman.

Another resident, Donald Phillips, testified that the bill merely burdens law-abiding gun owners and will do nothing to stop criminals.

“The one percent failed background checks, they are not around.  They are not prosecuted.  Somebody trying to do the right thing getting crossed up in the legality of the law the legalese of the law and the next thing you know they are a convicted felon,” Phillips said.

The Governor of Nevada, Steve Sisolak, also testified at the hearings.

“But we stand here today because for too long the will of the voters was ignored.  That hopefully will change today,” Gov. Sisolak said.

Voters previously passed a 2016 ballot initiative that sought to subject most private-party gun transactions to an FBI vetting process.  However, the FBI declined to do the checks resulting in a court ruling that the measure was unenforceable as written.

Democrats have a supermajority in the Assembly.  Most party members say they will vote in favor of the bill.  If the bill is fast-tracked, it could land on Gov. Sisolak’s desk Thursday for his signature.

Thursday, Valentine’s Day, marks the one-year anniversary of the Parkland shooting in which 17 people were killed when a gunman opened fire at a Florida high school.