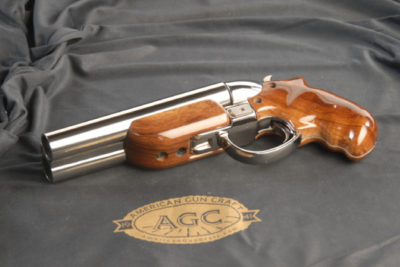 The Diablo is the first muzzleloader from AGC that uses a single trigger and hammer design.

Old school handguns have made a comeback in recent months (the King Cobra!), but the ‘Diablo’ from American Gun Craft takes that trend to another level.

With a twenty-first-century take on an eighteenth-century weapon, the Diablo features two six-inch polished nickel smooth-bore barrels that can be fired independently using a selector on the hammer. It uses a conventional 209 primer breech plug design, and AGC recommends a 1/2 ounce shot with 40gr of FFG.

As a muzzle-loading firearm, the Diablo does not require a background check before purchase and can be shipped directly to the customer’s home address.

American Gun Craft calls it the “legal-to-own answer for the modern sawed-off double barrel shotgun” and “quite possibly one of the most powerful handguns ever made.” They recommend the handgun for home and auto defense and claim it “offers the best close quarters deploy-ability of any shotgun.”

The Diablo weighs 25.6 ounces and measures 10 inches in overall length. American Gun Craft offers grips in a Midnight Black or Brazilian Rosewood finish, and the sight bead can be shipped installed or not.

AGC offers the Diablo with black or rosewood grips. 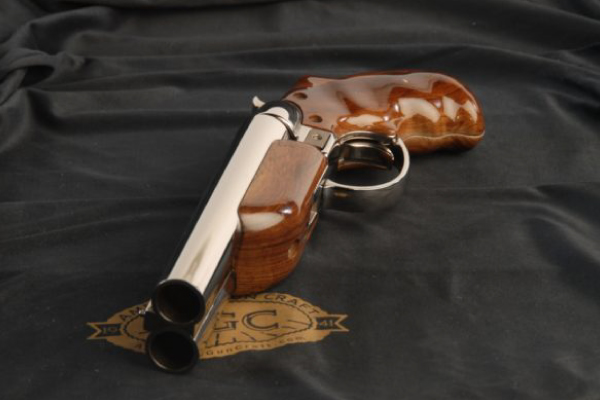 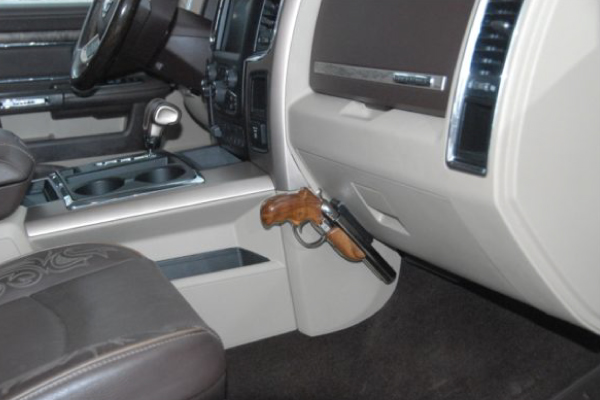 AGC also offers a magnetic mount that can be affixed in cars or at home.

This isn’t the manufacturing company’s first foray into muzzleloading firearms. They also offer two separate lines of 12 GA pistols, the Bulldog and the Wrath. Both feature 11-inch barrels and dual hammers and triggers, but the Bulldog uses a grip with finger grooves and the Wrath includes a model designed for hunting. 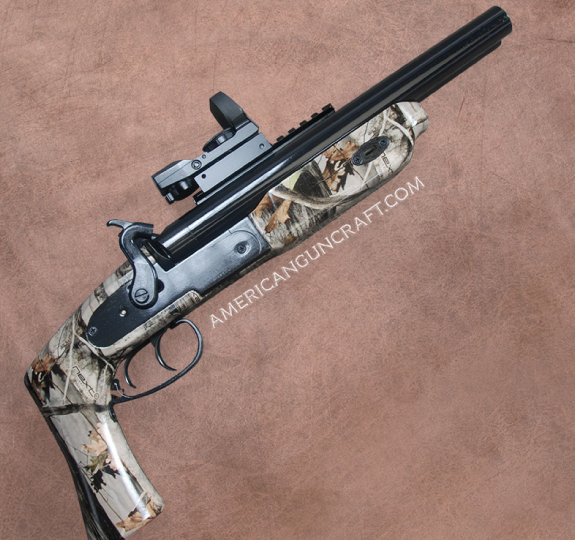 The “Wrath” with camo and a red dot.

The Diablo can be ordered now for $489 and will be shipped in approximately six weeks.

Next post: The Guns of the St. Valentine’s Day Massacre: Al Capone Gets Away with Murder