Rifle Drill: ‘Friends, Not Friends’ (aka Engaging Multiple Targets from a Vehicle) 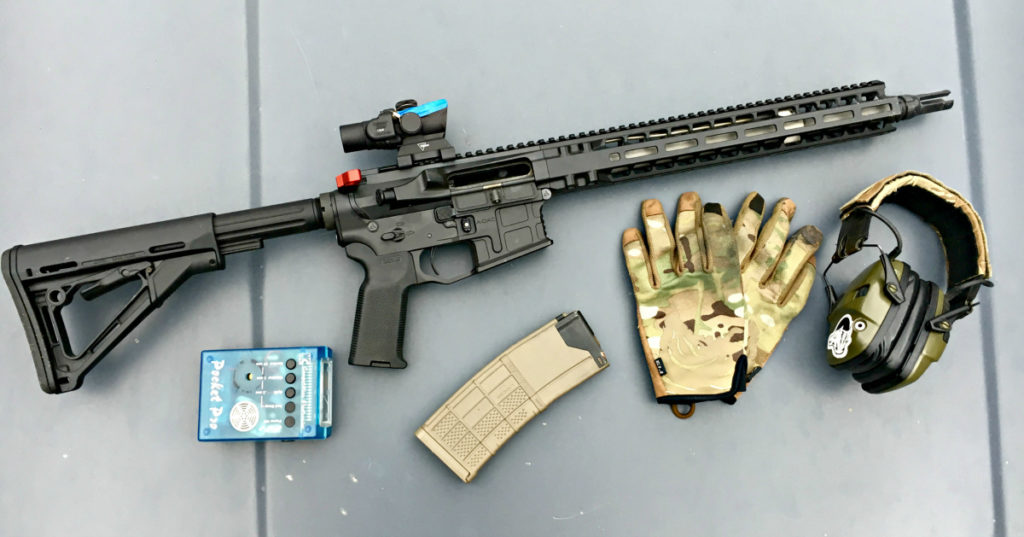 Some simple tools for some good training.

Sometimes your friends turn out to not be friends. While deployed overseas as a security contractor I ended up coming up with this rifle drill. The premise of it was derived from the daily task of checking in on our local guard posts. While the site I was at was staffed with Americans and guarded by Americans, local guards were employed to guard the outer perimeter. And to that end, loyalty came into question sometimes.

The drill itself is simple on its face. It is a scenario based drill. Mind you, this isn’t to say you will encounter the scenario and therefore follow the script, but it is set up to utilize a number of different individual fundamentals and skills.

Let’s start with the scenario. You’re driving along in your Toyota Hilux (or whatever car you happen to have) and you’re checking on a guard post manned by 2 people of questionable loyalty. It is hot so you have the windows down. And since a primary is better than a secondary, your rifle is riding shotgun, muzzle down into the floorboard. 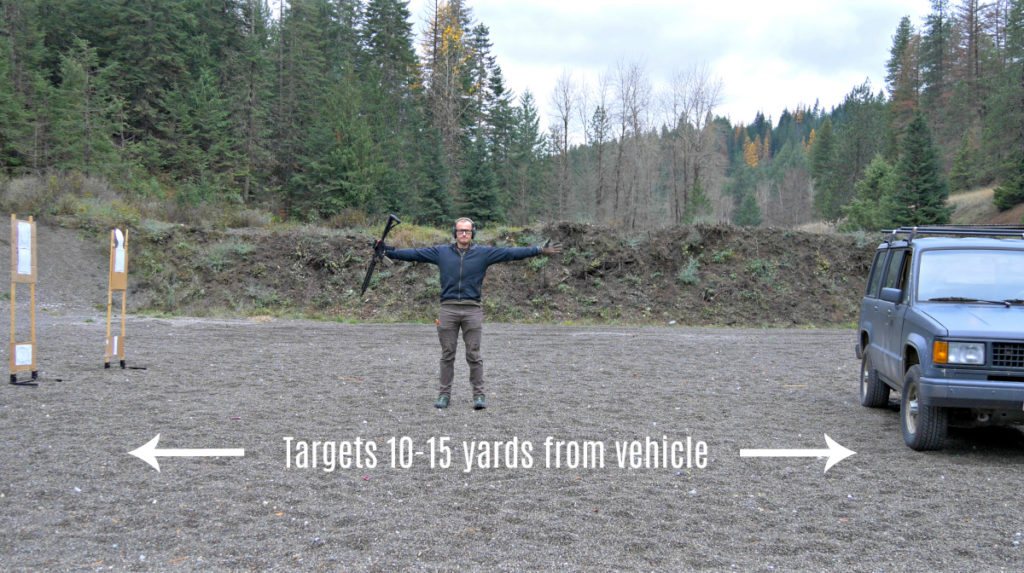 Targets are spaced 10-15 yards from the vehicle with the right target obscured by the B Pillar (when viewed from the driver’s seat).

You pull up a little way off from the post and yell a greeting out the window to the two men. They are both 10 yards away from your open passenger side window. One is clearly visible through the window, the other is obscured by the B Pillar of your truck. At this time, friends turn to “not friends” and they begin to level their rifles at you. 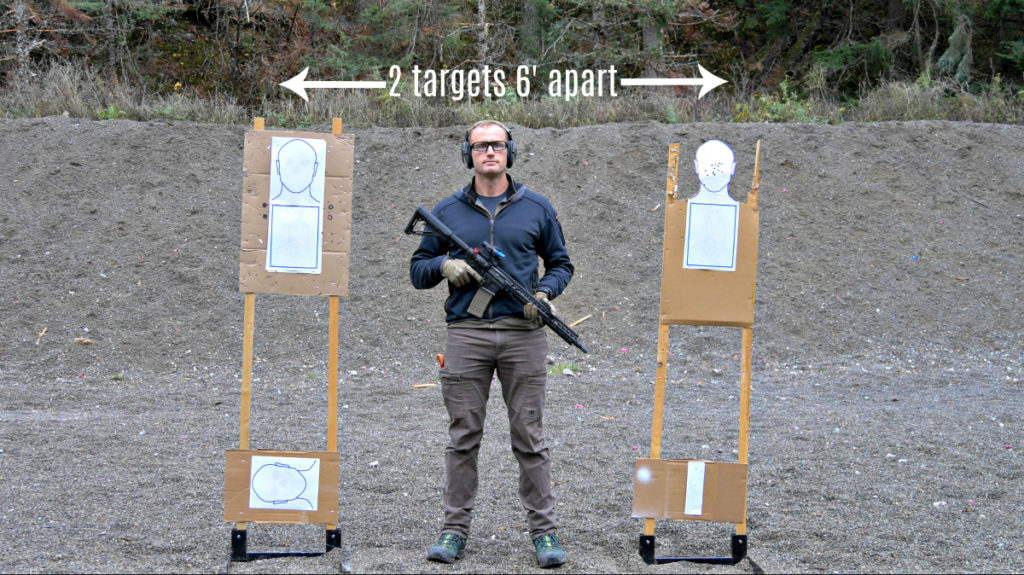 The two Targets are placed 6 feet from each other.

On the buzzer, command threat or any other signal, you retrieve your rifle from the passenger seat and engage the target visible through the passenger side window with two well-placed shots to the high thoracic cavity (top half of the A zone on an IPSC target) and one shot to the head. 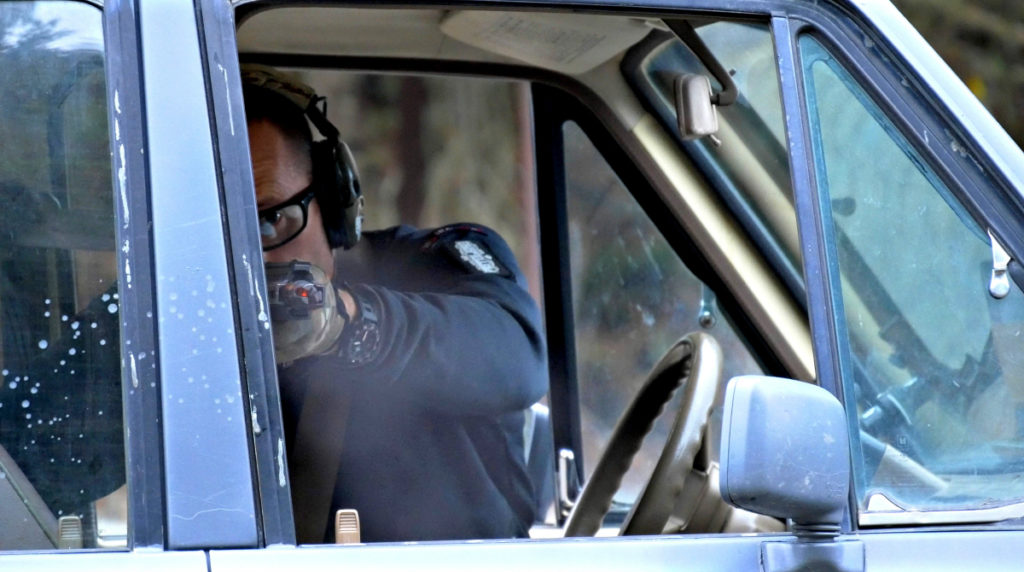 Address the threat that you can see.

The second threat is obscured by the B Pillar and for the sake of argument, he’s probably shooting at you, time to move. You then exit the vehicle, driver’s side, as fast as possible dropping into the urban prone and engage the 2” by 11” vertical target (representing this gentleman’s tibia/fibula) with one shot. 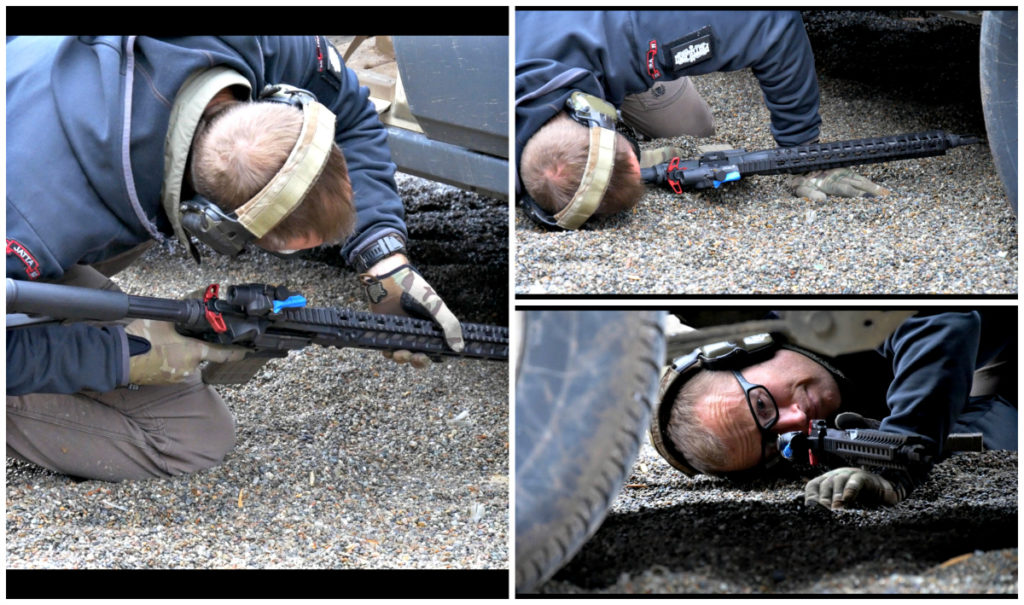 Get out of the vehicle and go to work on the second threat.

After a good hit on the vertical target, in our make-believe world, that second threat, no longer able to stand, falls to his right, placing himself horizontally on the ground at the foot of the 1st threat. At this point you engage the target’s head with one more well-placed shot, finishing the drill. 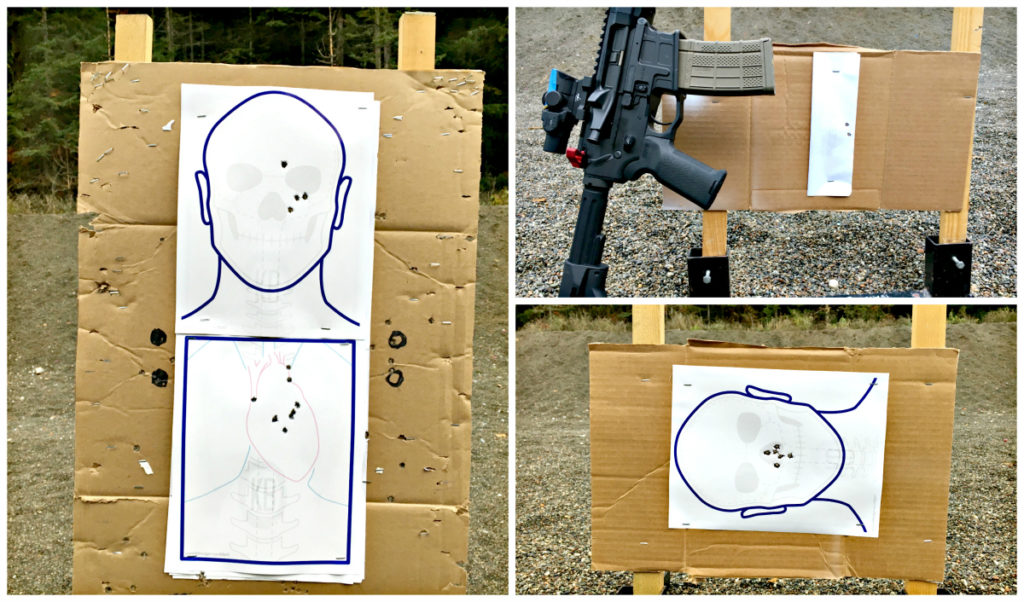 Evaluate your shots. If you miss, try again.

So what have we drawn from this little drill? We’ve successfully (hopefully) retrieved our rifle in our vehicle, avoiding all snag hazards. Engaged a threat outside of our vehicle from the confines of the driver’s seat. Removed ourself, and our rifle, as fast as we can from our vehicle without getting caught up (don’t forget that seatbelt). Shot under an obstacle from an unconventional position. Engaged a very narrow target up close with our rifle, requiring us to utilize the appropriate offset for our rifle’s optic/zero. And all of this training with only five rounds…

Possible? Yes. Probable? No. Ultimately it is a scenario designed to put a number of individual skills to the test. So if you get out to the range and are looking to squeeze as much value as you can out of five rounds, try Friends, Not Friends. 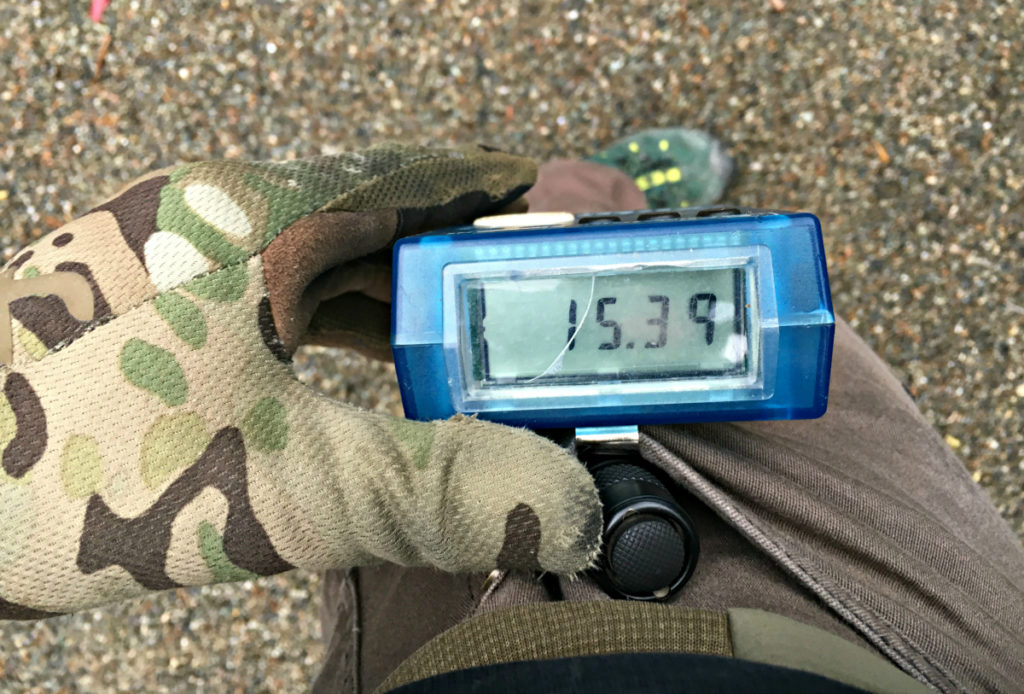 A shot timer will let you keep track of runs, letting you know how fast or slow you are running the drill.

Next post: Draconian I-1639 Ballot Measure Passes in Washington

Previous post: WATCH: Mom Shoots Intruder Who Claims Her House Is ‘My House’