Editor’s Note: When this review was written the SAINT Edge AR-15 pistol wasn’t readily available. It’s now available and is a viable option.

In some situations, having a full-size firearm can be a nuisance- varmint hunting out of your UTV, concealed carry, home defense, etc. Sometimes smaller is better, and the venerable AR-15 platform is no exception to the rule. Springfield Armory is introducing their compact version, the SAINT Edge pistol. This new AR-style pistol is tricked out from the factory with accessories at a price well below its peers.

There are different categories of price points and qualities when it comes to firearms and I see them as follows: budget, standard, and high-end. Every feature that Springfield Armory chose to incorporate into this pistol has quality in mind, putting the new SAINT Edge in my “high-end” category. 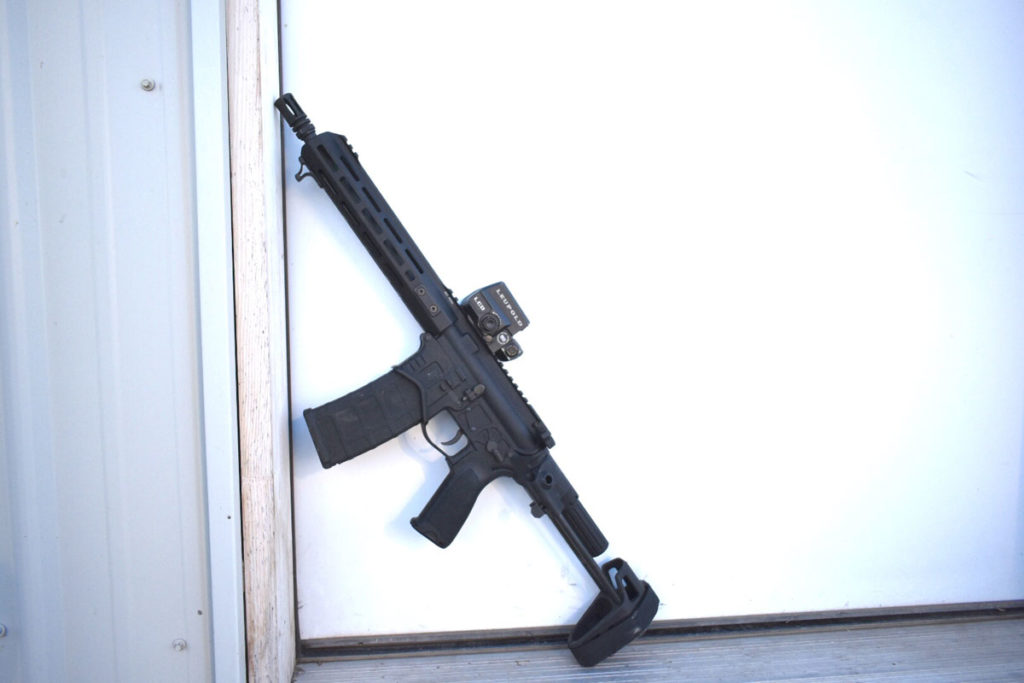 Not only is the Springfield Armory SAINT Edge compact, but it is elegant as well.

Before I get into the specs, I want to address one question that some might have: “Why do I need this?” Besides the obvious reason of “it’s awesome and you want it,” AR-15 style rifles are handy for many things from target shooting at the range, competition shooting, hunting, and even home defense. If you shrink this rifle platform down into a more user-friendly, compact size, it suddenly becomes better for home defense specifically. But this also changes the platform enough to open new niches such as use as a truck gun, briefcase-concealed carry, backpack backup gun. The AR-15 platform in the pistol configuration is lightweight, easier to shoot accurately than a conventional handgun, it uses the same ammunition that you more than likely already have stockpiled for your AR-15 rifle and keeps the length manageable if you decide to install a suppressor. I’ll end my reasons here but know that there are many more. 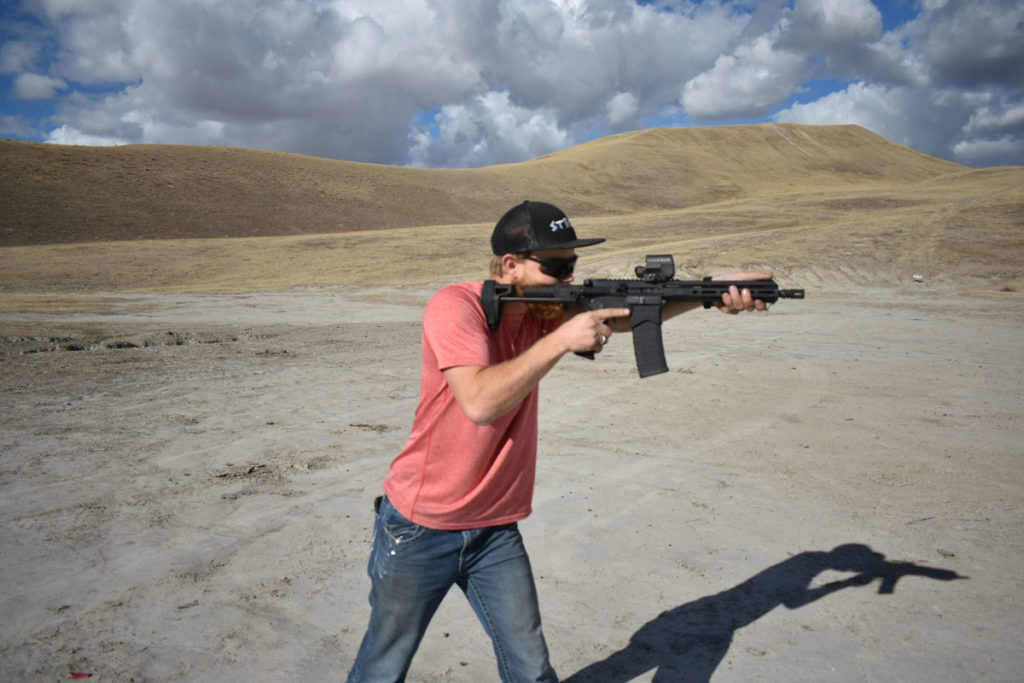 The SAINT Edge can be used for many things effectively because of the shortened length and large amount of firepower that it has to offer.

Upon receiving the new Springfield SAINT Edge pistol, I was immediately impressed by the attention to detail Springfield put into this build. The edges are beveled where needed, weight relieving cuts are strategically placed throughout the gun and there was no slop, or wiggle between any two joined pieces. The trigger is crisp with a short reset and the ergonomics of the firearm are excellent. The SAINT Edge receives 10/10 points on aesthetics and first impression. 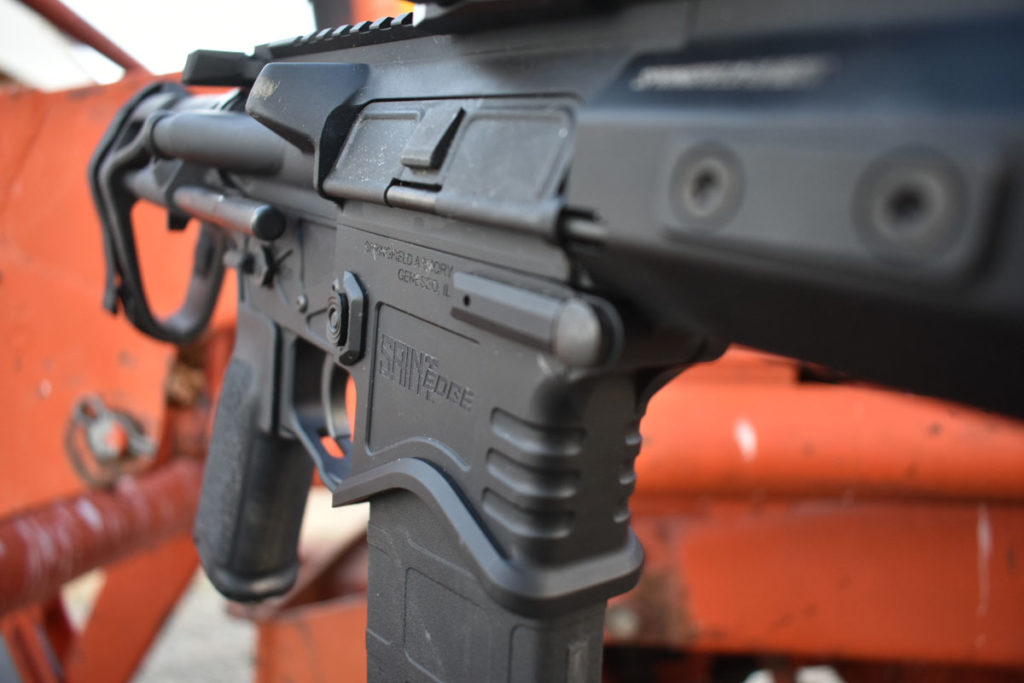 No level of detail was withheld when Springfield designed the SAINT. As can be seen, the machined lower isn’t only attractive, but functional due to the beveled mag well, oversized trigger guard and weight-relieving cuts.

The SAINT Edge is packed with features that standard Mil-Spec rifles do not have including: machined billet lower, lower and upper tensioning system, Maxim Defense CQB brace, pinned adjustable gas block, 10.3” lightweight Chrome Moly Vanadium (CMV) barrel, included iron sights, forward hand stop, lightened trigger guard, ambidextrous safety, mid-size charging handle, and a Melonite coated M16 BCG. A couple of these features have other upgrades included in themselves and I want to hit on some of the biggest ones.

First, the lower is not your average Mil-Spec lower that you would buy for a budget build. Made from 7075-T6 billet aluminum, it has a sleek eye-catching design featuring a beveled mag well and many weight reducing cuts throughout. It not only looks good, it feels good too because of the ambidextrous safety, crisp trigger and Springfield Armory’s proprietary Accu-Tite ™ tensioning system which removes all of the play between the upper and lower. The grip is a Bravo Company Mod 3 specifically designed with a lower grip angle for improved trigger control, and an extended forward tang and beavertail which closes the gaps between the lower and grip. It also features a watertight storage space that comes in handy for tax stamps.

The trigger is worth addressing in its own section because it may be the most important part of the pistol. I tend to upgrade almost all of my firearm’s triggers because I have extremely high standards. Springfield describes the trigger in their SAINT Edge as single-stage, and having zero creep with a short reset. They even go as far as saying that it is like a “competition trigger,” which traditionally have lighter trigger pull than standard AR-15’s. That said, I have to agree with those statements. The SAINT Edge pistol comes standard with a trigger that exceeded my expectations and I would not change. The trigger pull on my particular gun came in at 3.5 lbs. And yes, it has zero creep and a positive short-reset that allows for faster follow-up shots. 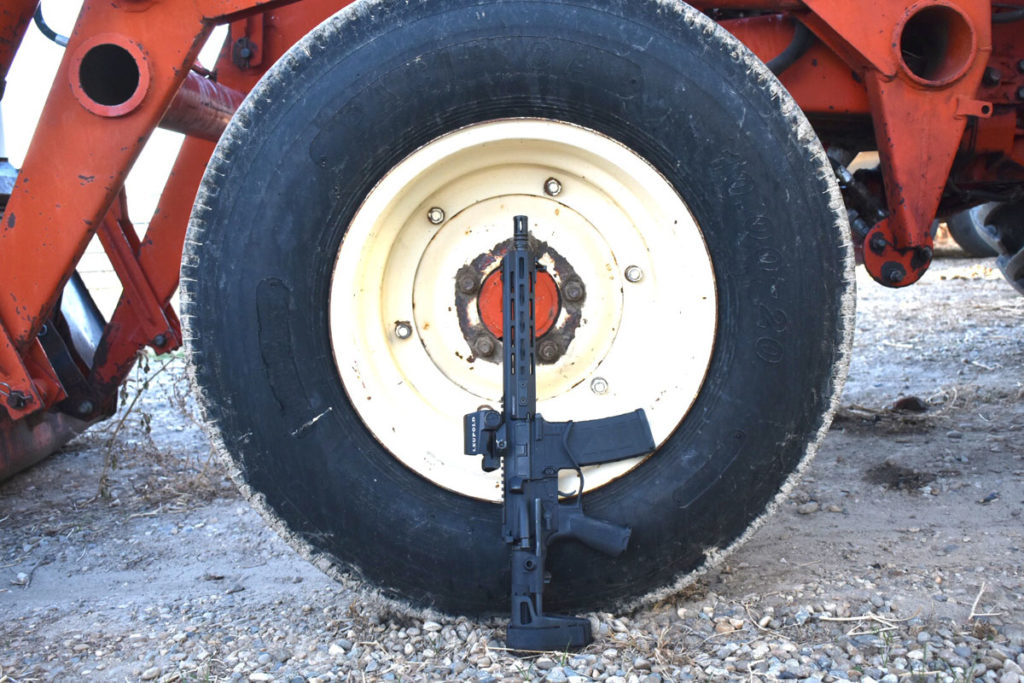 Have I mentioned how short and light the SAINT Edge is? I believe so, but it’s worth re-emphasizing here.

The SAINT Edge pistol comes standard with Springfield Armory iron sights that, sadly, I was not able to test as they were left off the gun sent to me. Such are the perks of getting a pre-released gun. Instead, I used a Leupold LCO red dot sight because of its light-weight and small profile. I started accuracy testing at 50 yards and was very impressed. Moving the target back to 100 yards was a bit more challenging. Keep in mind, I am shooting with a red dot optic and have to deal with a small amount of parallax error which is inherent of the optic design. Even with this accuracy robbing phenomenon, I was able to get consistent groups that measured around 2.5 MOA or 2.5” groups at 100 yards with some 5.56x45mm NATO hand loads. More than acceptable for a pistol. 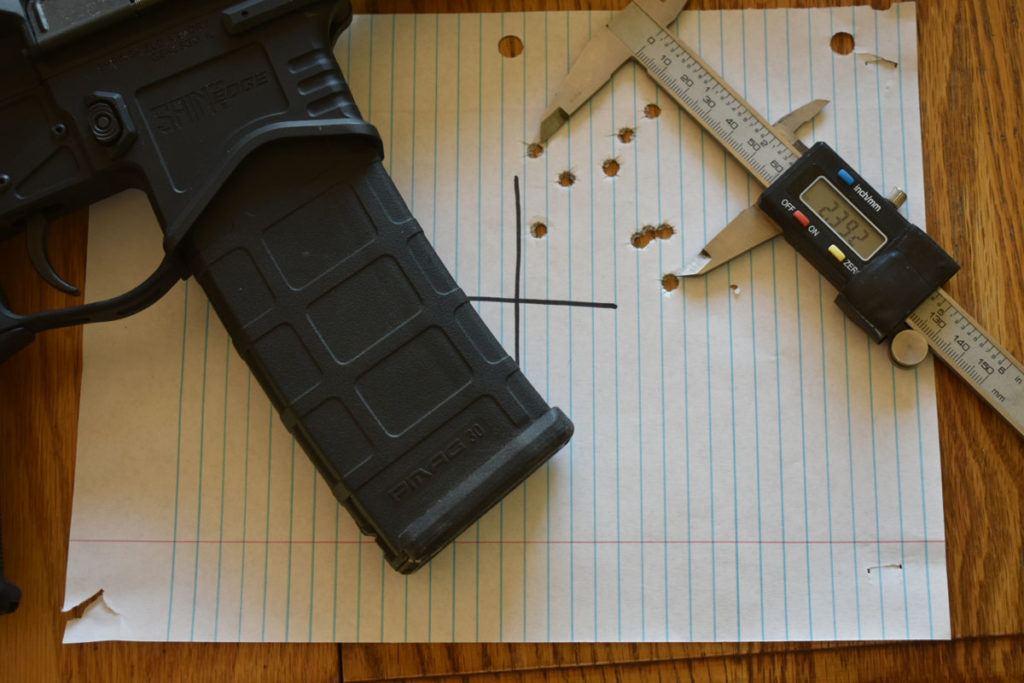 At the end of my testing, I am thoroughly impressed with the Springfield Armory SAINT Edge pistol. Out of the hundreds of rounds that I fired, I had zero failures. The gun is a pure pleasure to shoot and has minimal recoil because of the ability to tune the adjustable gas block. On top of it all, this gun definitely has a “wow factor” that you would expect to see on $2,000+ AR builds in looks alone. The MSRP on this gun is set at $1,599 but can be found in stores for around $1,200. My final thoughts on the SAINT Edge come down to one question that I ask myself- “If someone wanted a gun like this, would I recommend it?” The answer to that question is a big, “Yes.” 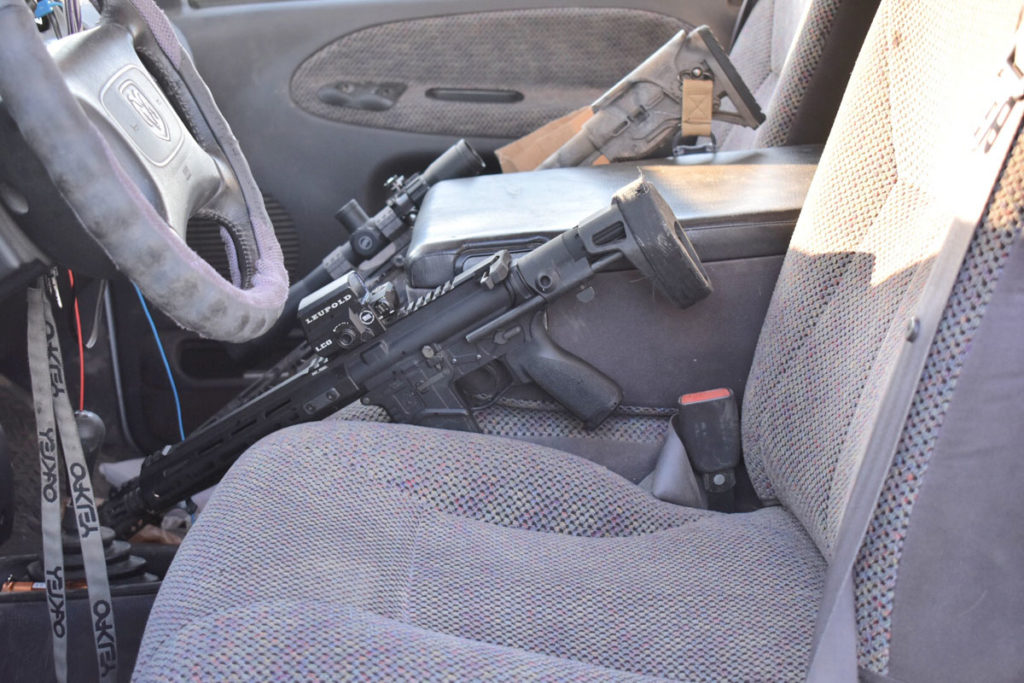 Fits conveniently in a full-size pickup with room to spare.

Next post: The Violent Accidental Death of Brandon Lee: The Smith and Wesson Model 629 .44 Magnum