Obama-Era Study Refuted, US Accounts for Less than 3% of ‘Mass Shootings’ 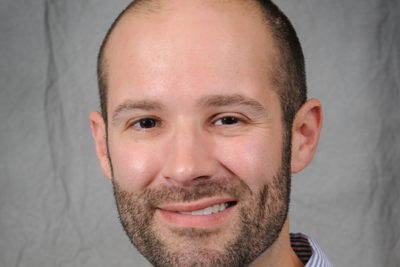 In 2016, Adam Lankford, a criminology professor at the University of Alabama, authored a paper on mass shootings in the United States. He claimed that of the 292 public mass shooters worldwide between 1966 and 2012, 90 of them – 31 percent – operated in the United States. His study was quoted by President Obama, the New York Times, CNN, and numerous other mainstream media publications.

At the time of the paper’s release, Lankford told PRI, “The difference between us and other countries, that explains why we have more of these attackers, was the firearm ownership rate. In other words: firearms per capita.”

Lankford’s data was questioned at the time, but now his claims have been firmly debunked.

John Lott, economist and founder of the Crime Prevention Research Center, published a study last month that found 1,448 mass public shootings — and 3,081 shooters — outside the United States between 1998 and 2012. While the U.S. accounts for 4.4 percent of the world’s population, it accounts for only 2.88 percent of its mass shootings.

Lott found, in other words, 15 times as many mass killers outside the U.S. in less than one-third of the time frame. And unlike Lankford, who to this day refuses to publish his data, Lott includes a complete data set for all the countries he studied.

“Here’s an amazing thing, [Lankford] refuses to provide his list of cases, he refuses to explain exactly how he got it. This is not just some normal academic study – President Obama many times cited this study as a source for his claims. I can’t find any other academic research that’s gotten so much worldwide attention,” Lott told Fox News.

Part of Lankford’s mistake, as noted by Real Clear Politics’ Carl M. Cannon, was using bad data from the New York Police Department. The NYPD conducted their own non-academic study to determine how other countries handle the threat of mass murders. Lankford used this data, even though the NYPD never claimed it was even remotely reliable.

“The NYPD did not use special-access government sources to compile the cases,” the department admits in its 2012 report. “All information is open-source and publicly available.” The NYPD acknowledged that this method obviously “has a strong sample bias towards recent incidents.”

For his part, Lankford has refused to address any of his critics, including Lott. Real Clear Politics reports that Lankford didn’t explain in a phone interview how he supplemented the NYPD’s unreliable data. He also refused to send his raw data to the news outlet or “clear up basic questions.”

As for Lott’s study, Lankford declined an interview request by Fox News, and said he’s “not interested in giving any serious thought to John Lott or his claims.”

All of Lott’s data is publicly available in the massive 451-page appendix to his study.

Previous post: Kavanaugh, Feinstein Square Off on 2A During Confirmation Hearing