Author’s note: The purpose of this series is to explore the technical details behind some of history’s most infamous assassinations, not to precipitate rancorous political discourse. I find these stories darkly fascinating and hope you do as well. However, don’t infer any deeper political messages. Thanks. 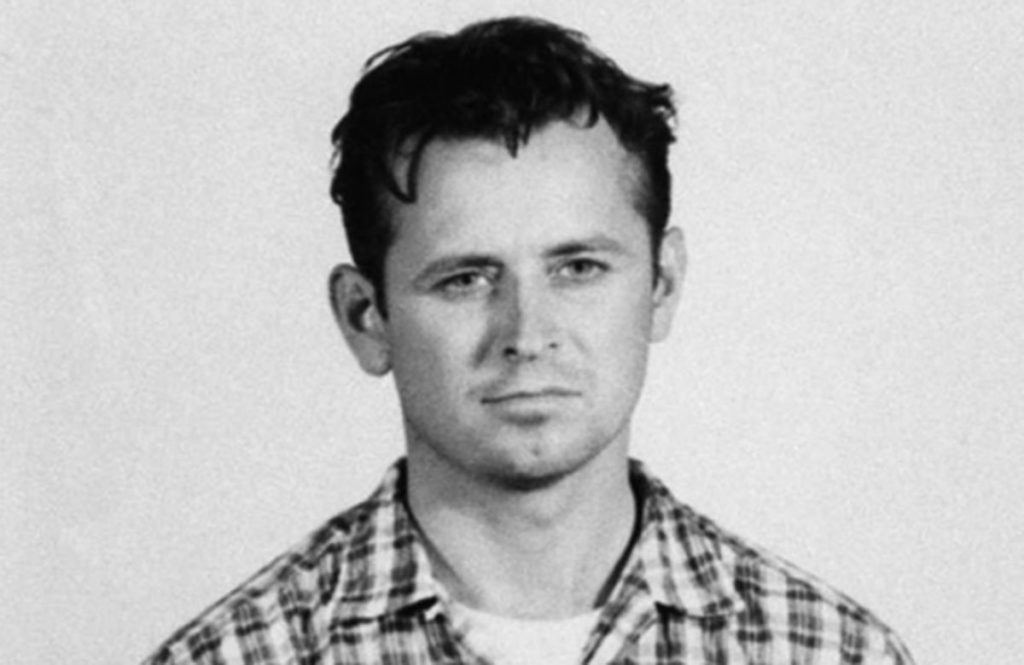 Born into poverty and the son of a criminal, this man’s life was surrounded by chaos from the beginning.

The man was born in Alton, Illinois, in March of 1928. Seven years later his father, who went by the nickname Speedy, had to skip town with his family leaving behind a trail of bad checks. After dropping out of school at fifteen the young man eventually joined the Army and served in post-WW2 Germany. By the time he was twenty, he had been discharged for lack of adaptability and general ineptitude. 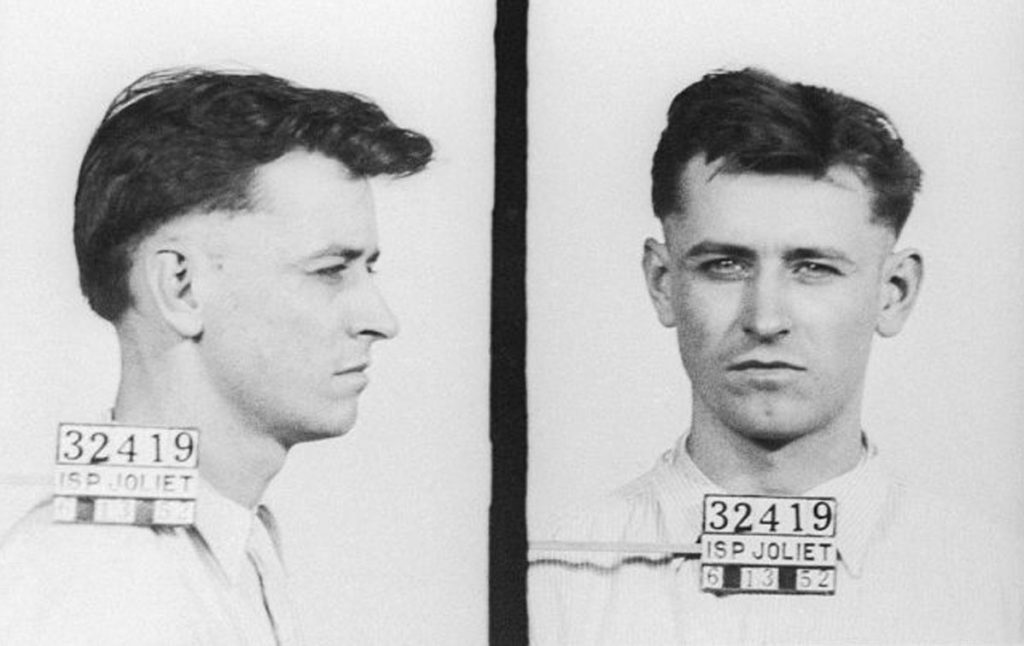 He saw his first criminal conviction, a California burglary, at age 21 and served two of the next three years behind bars. Mail fraud, the armed robbery of a Kroger supermarket, and sundry other offenses subsequently secured him a twenty-year sentence in another state. In 1967 he escaped the Missouri State Penitentiary by hiding in a truck that was transporting bread from the prison bakery. 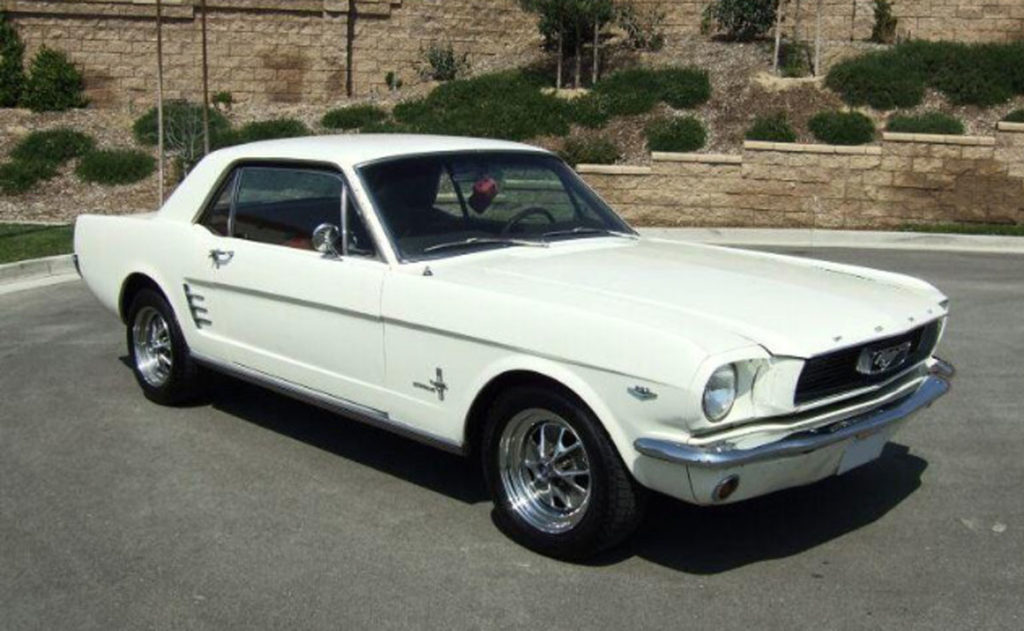 Affordable and available, the Ford Mustang was and is America’s sports car.

America in 1967 was an analog society. It was much easier to thrive off the grid back then than it is the case today. Now nearing forty and a seasoned con, the man traveled widely across the US and Canada. He eventually bought a white 1966 Ford Mustang and secured an Alabama driver’s license. He settled in Puerto Vallarta, Mexico, for a time. 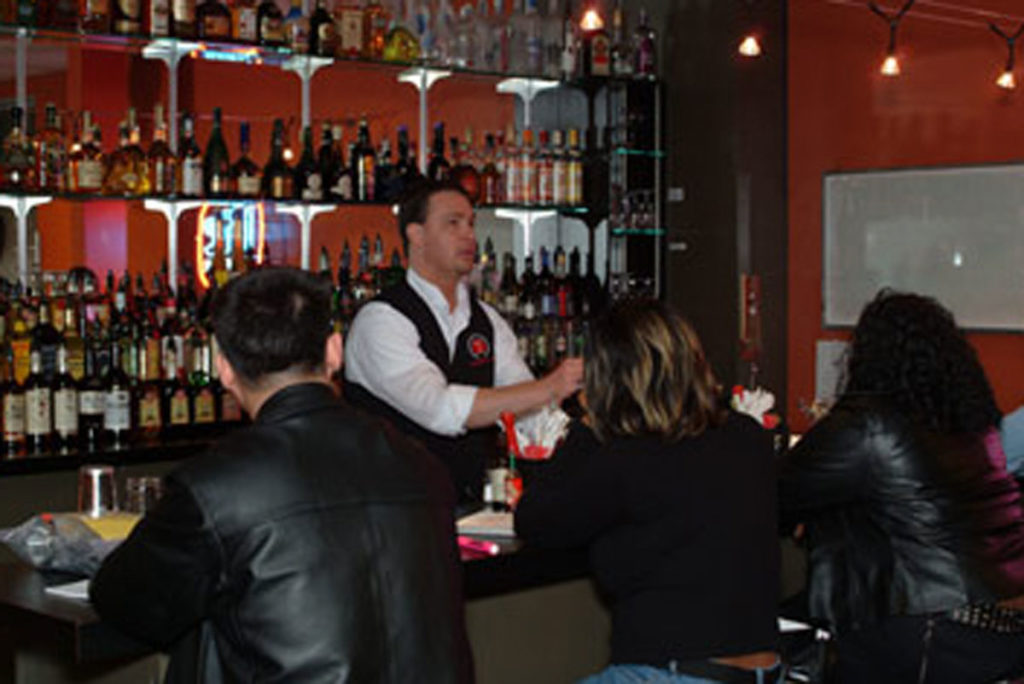 Using mail-ordered photographic equipment and local Mexican prostitutes as the talent the man embarked on a brief career as a pornographic film director. Failing at that he returned to the US, took dancing lessons, and attended Bartending School. It was at this point that the man began to take a serious interest in politics. 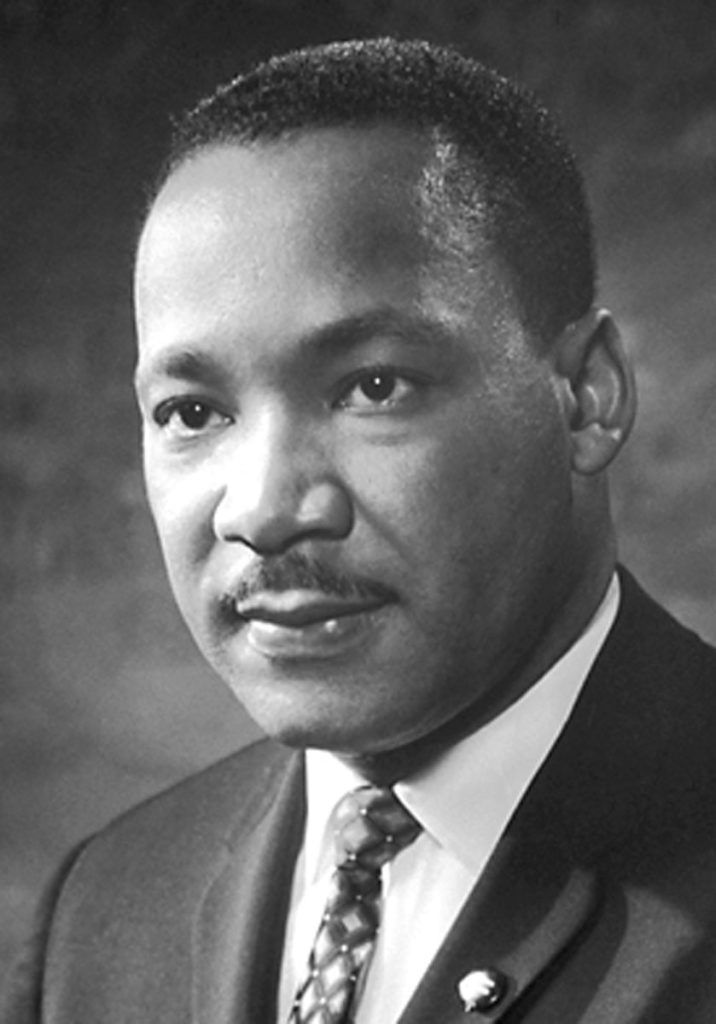 Martin Luther King Jr was one of the most influential and controversial figures in American history.

In the spring of 1968, he secured a room in an Atlanta boarding house. An avid reader, he happened upon an article in the Atlanta Constitution that outlined the coming itinerary for civil rights activist Martin Luther King Jr. Equipped with this tactical information, the career criminal and perennial loser James Earl Ray loaded up his Mustang and made a quick trek to Alabama.

The pump-action Remington 760 was a postwar deer rifle pure and simple.

Using the alias Harvey Lowmeyer, Ray purchased a pump-action Remington 760 Gamemaster .243 rifle along with a Redfield 2-7X scope from the Aeromarine Supply Company in Birmingham. Amidst concerns regarding the weapon’s stopping power, he exchanged the .243 for the same gun in .30-06. He also left with a single twenty-round box of Remington Peters soft point ammunition. 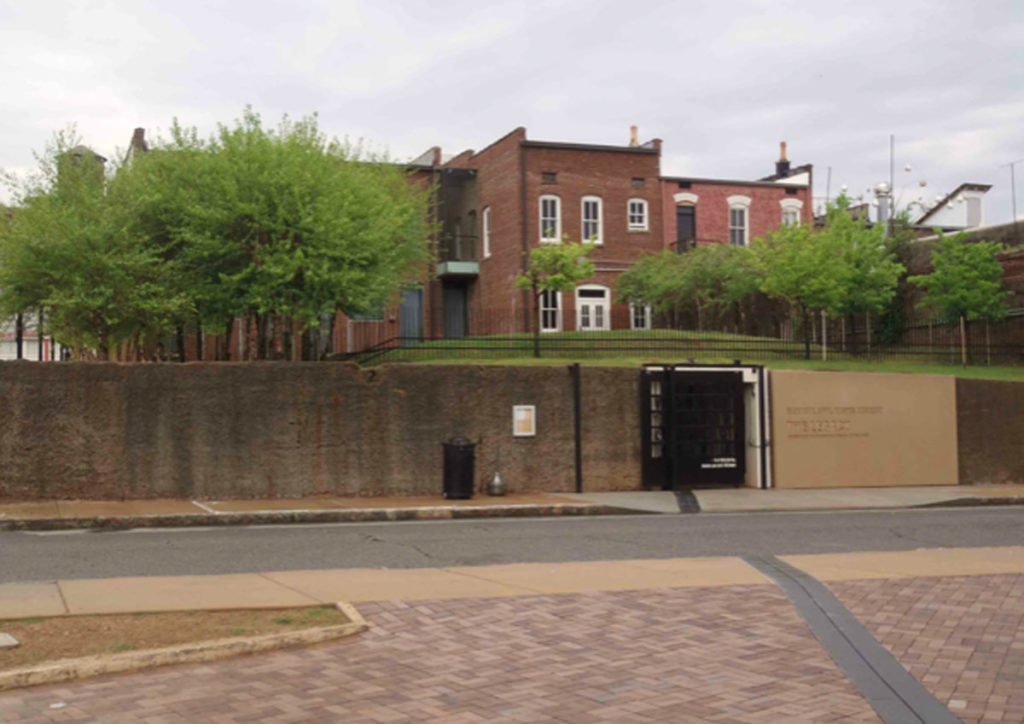 Thusly equipped, Ray struck out for Memphis, Tennessee. His white 66 Mustang ate up the miles in an afternoon. On April 4, 1968, he was set up in a back room of Bessie Brewer’s boarding house facing the Lorraine Motel. 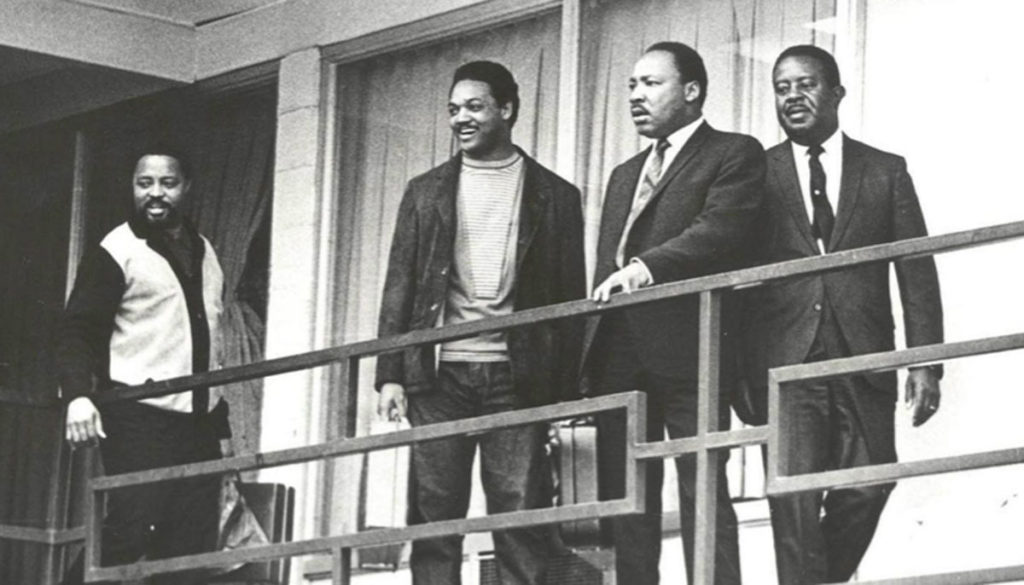 The balcony behind room 306 was a popular spot for socializing when Martin Luther King Jr was in town.

King and his entourage were in Memphis to support a strike by local African-American sanitation workers. He had stayed in the Lorraine Motel many times before. Ralph Abernathy, a close King associate, later testified that they had used Room 306 so frequently that it was informally referred to as the “King-Abernathy Suite.” At 6:01 pm Martin Luther King Jr leaned against the railing outside his room speaking with associates. 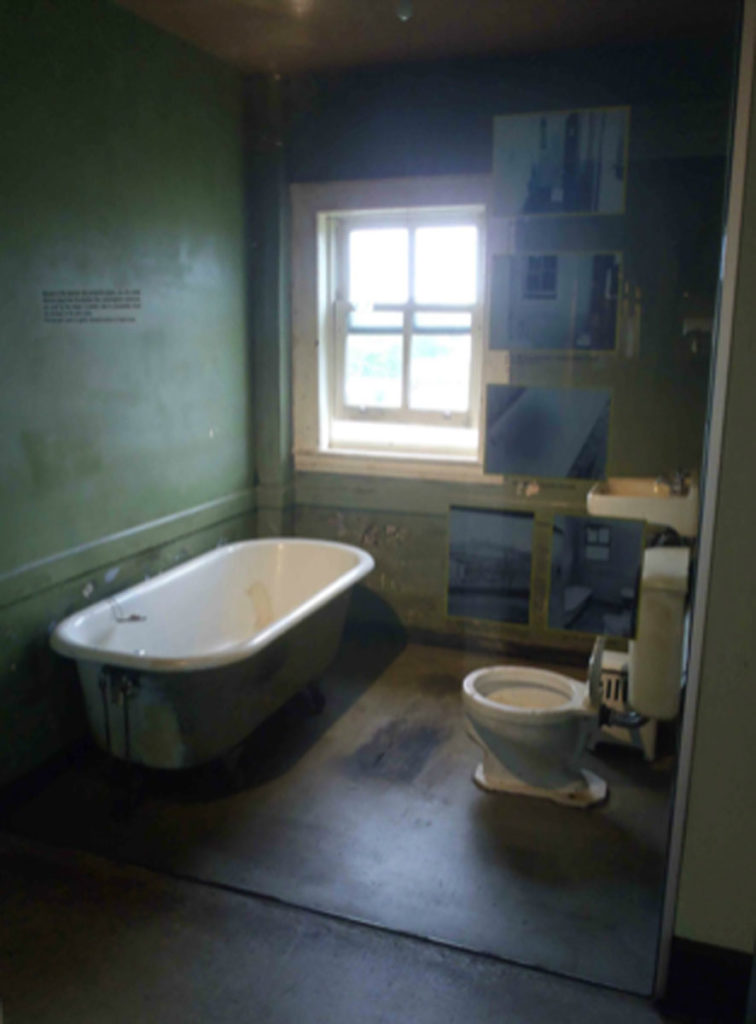 The most accessible portion of the boarding house that offered a clear line of sight and privacy was the communal bathroom.

207 feet away and at a slightly higher elevation James Earl Ray perched in the communal restroom of the boarding house, the barrel of his scoped rifle resting on the windowsill. 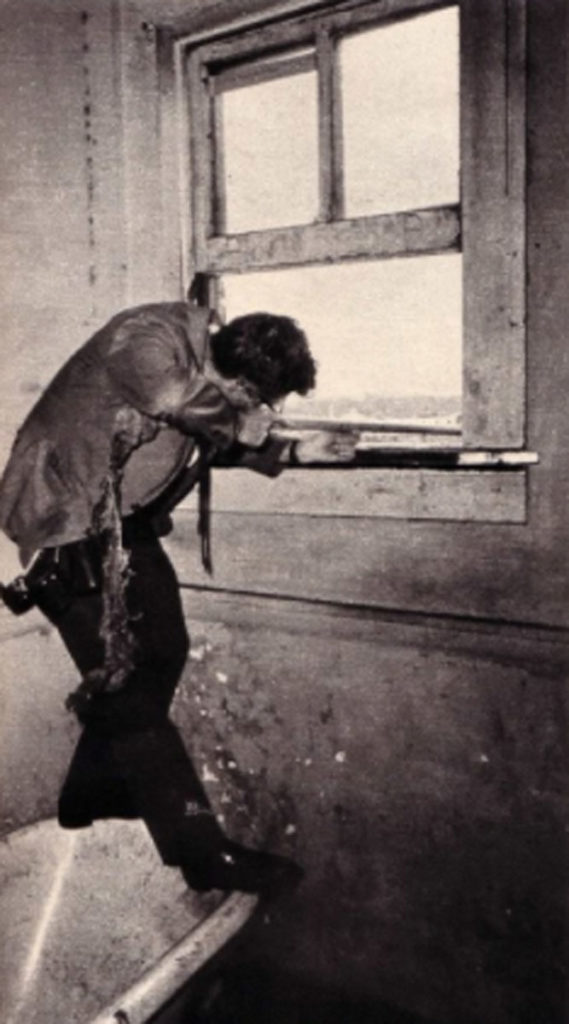 Running a rifle from this odd vantage required some uncomfortable contortion.

To obtain the appropriate vantage, Ray had to stand contorted in the bathtub. The single Remington Peters copper-jacketed soft point bullet he fired struck King in the face an inch to the right of the midline and half an inch below his mouth. 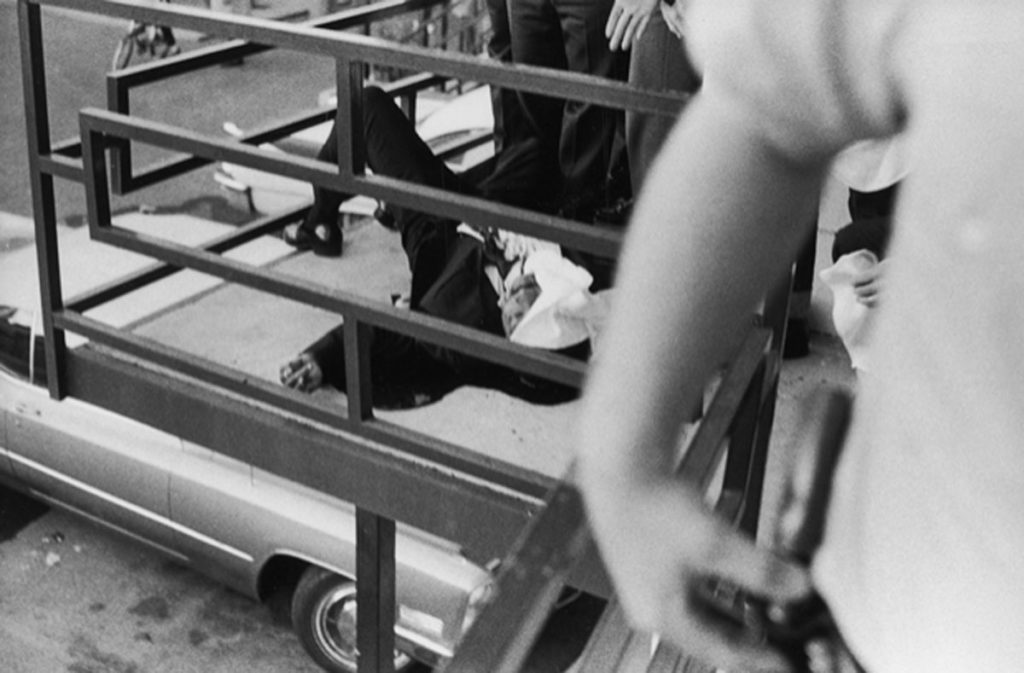 The single round fired by Ray was incontrovertibly fatal.

This high-performance hunting round shattered the man’s jaw and exited underneath his chin before re-entering his neck, tearing off his necktie in the process. From there it tracked downward, shattering several cervical vertebrae and destroying the critical vasculature in the right aspect of the neck. The deformed bullet came to rest in his back to the left of the midline. 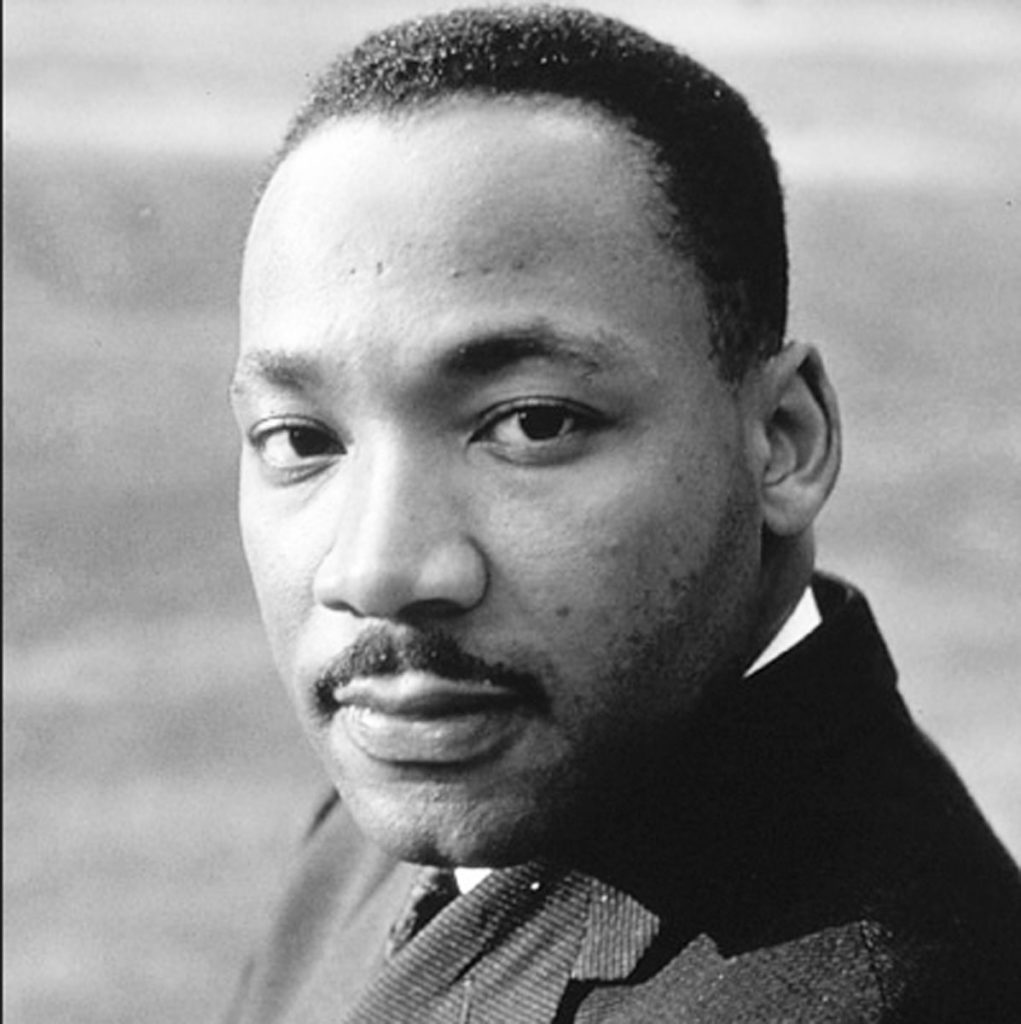 Despite heroic measures at the hospital, King’s wound was unsurvivable.

Dr. King was rushed to St Joseph’s hospital where his chest was opened and cardiopulmonary resuscitation attempted. He never regained consciousness and died sixty-three minutes after the shooting. At the time of his passing Martin Luther King Jr was 39 years old. 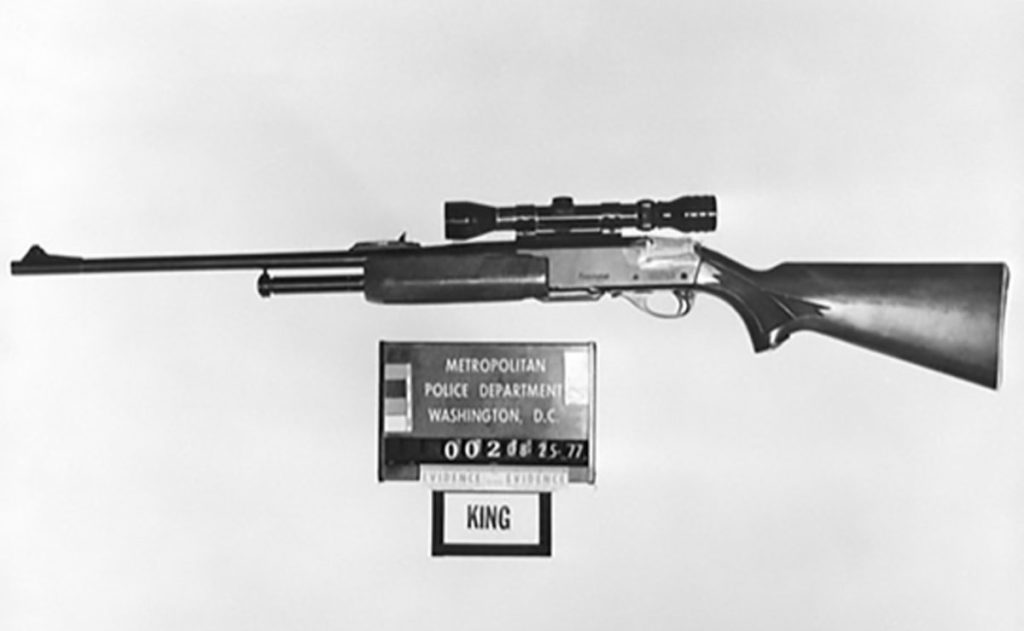 This is the Remington 760 rifle used by James Earl Ray during the assassination. 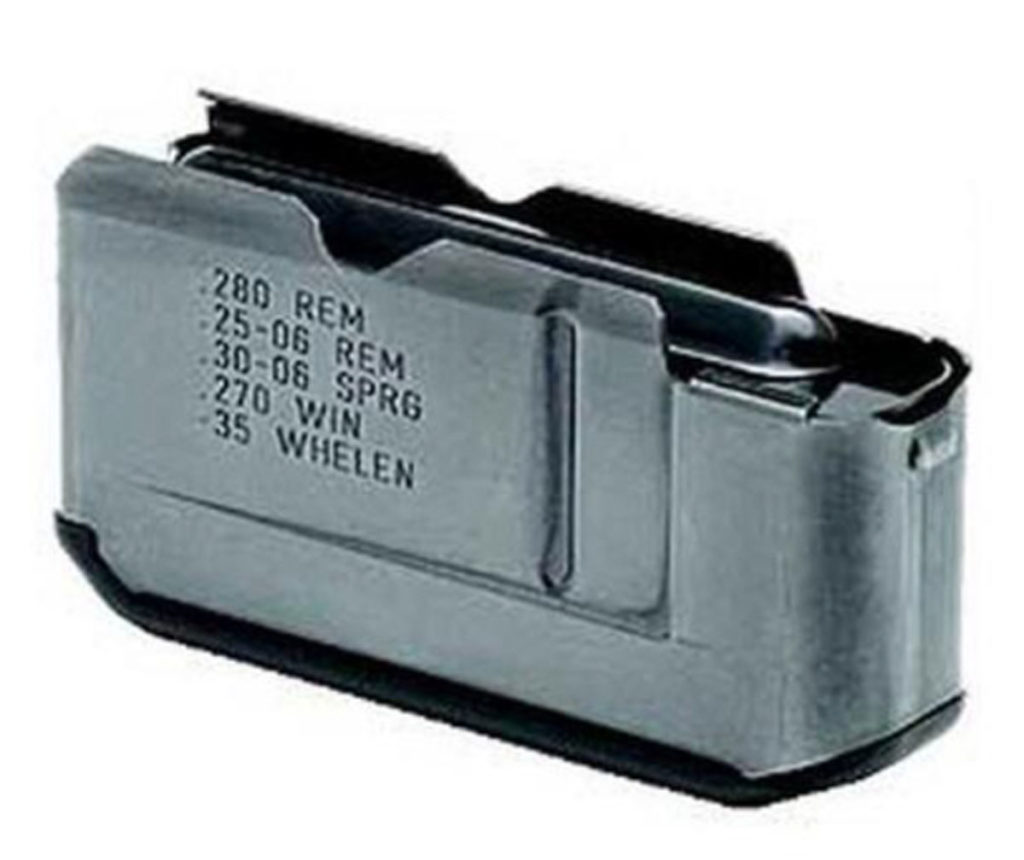 The flush-fitting magazine holds four rounds and is common to both the pump-action 760 and the gas-operated 742.

Available in twelve different calibers and feeding from a four-round detachable box magazine, the 760 was designed with a singular purpose–to put venison on the table. 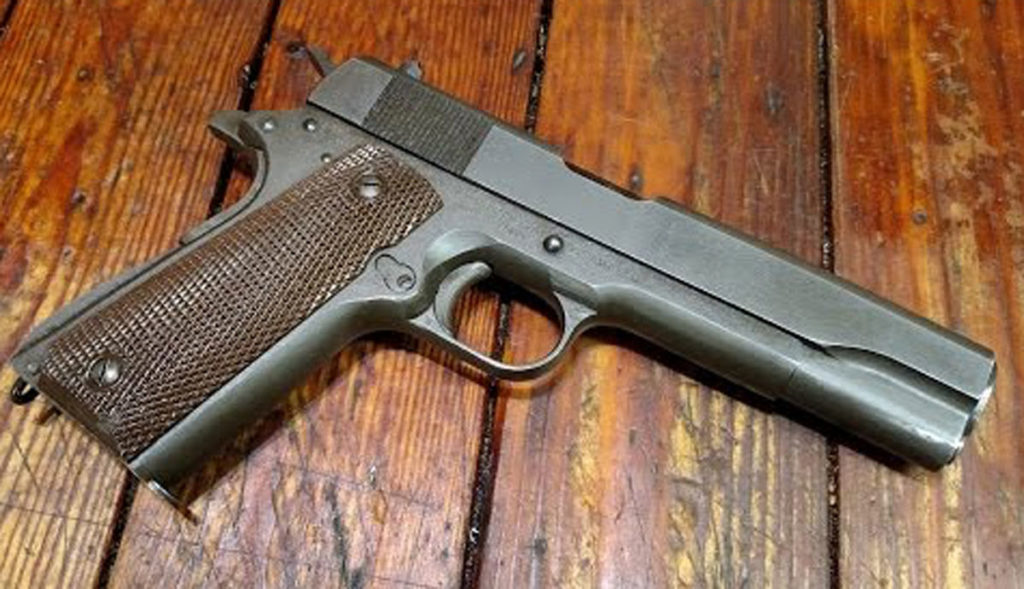 During World War 2 Remington was occupied making combat weapons like this M1911A1 pistol.

During World War 2 Remington converted its production capacity solely to the manufacture of military weapons. After the war, it was found that wartime mass production techniques did not well accommodate Remington’s pre-war pantheon of firearms. This led to a transformation of Big Green’s product catalog.

The common family lineage between rifles like the 760 and this Model 870 shotgun is obvious.

Remington’s post-war lineup reflected industrial lessons learned during the conflict. Common design features and similar production requirements drove guns like the 11-48, 870, and 1100 shotguns to share many common components with the 740 and 760 rifles. Like the famous Remington shotguns, the 760 featured dual action bars and a removable aluminum trigger module. 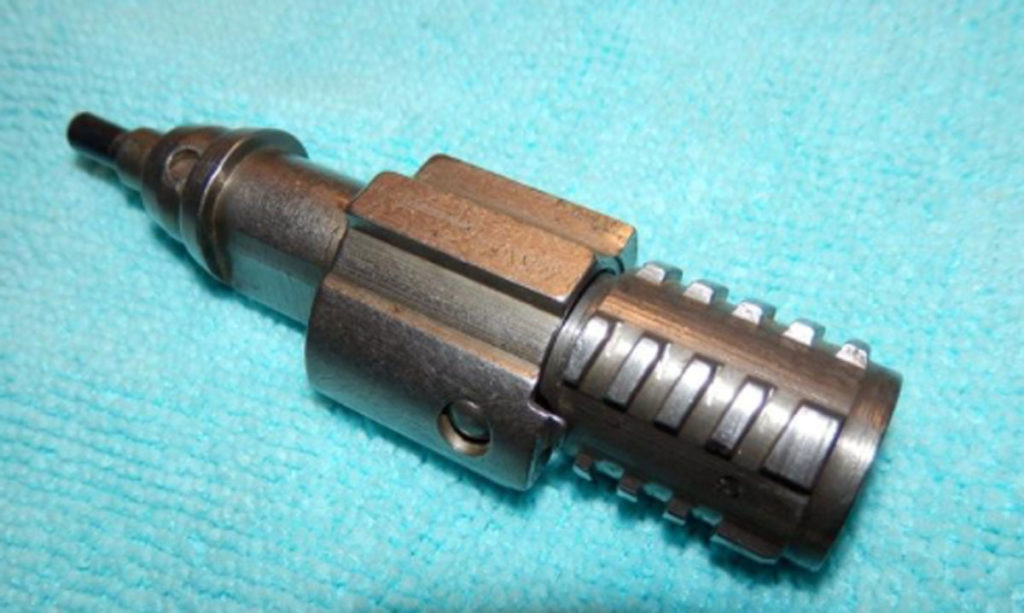 The bolt was cut with fourteen locking lugs that interfaced with the barrel extension via an interrupted thread. The design was later simplified into the Model 7600 featuring more conventional lugs.

The basic 760 rifle was available in a variety of configurations.

Variations included sundry finishes, sights, and stock styles. The magazine-fed design necessitated the use of Spitzer (pointed) bullets. Just over one million copies were produced. 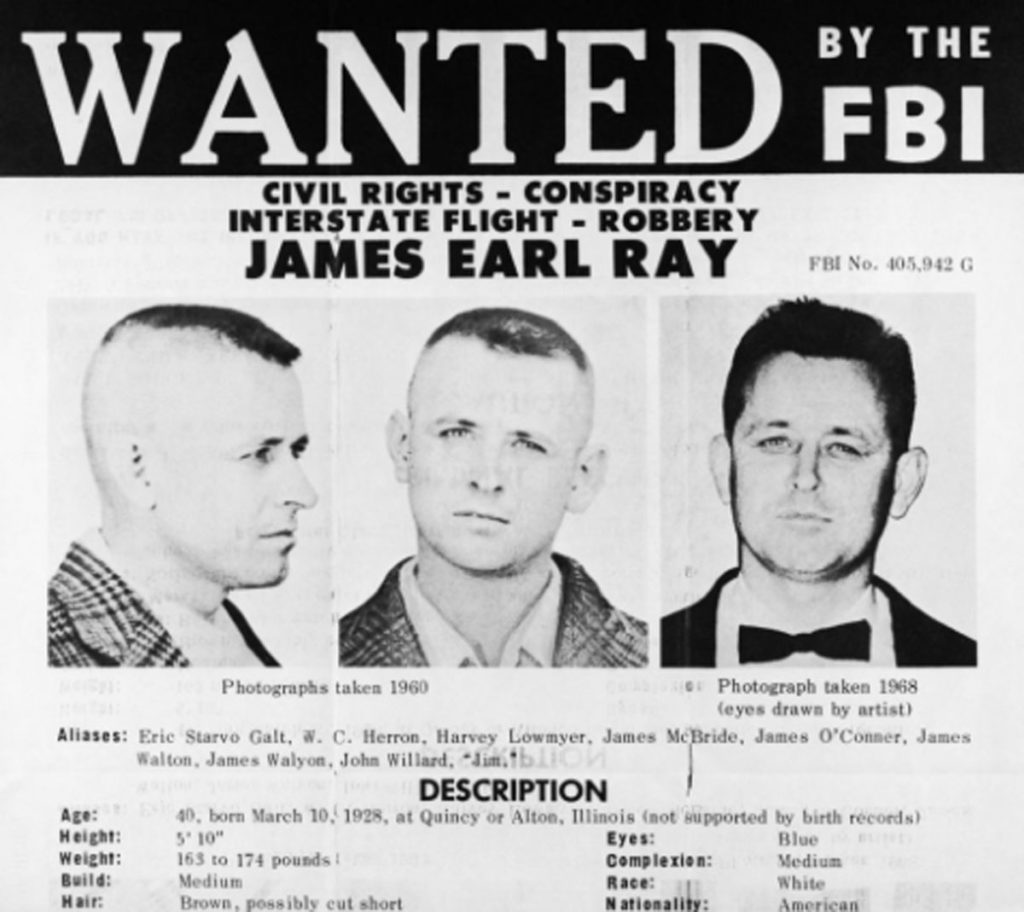 James Earl Ray’s escape led to one of the largest manhunts in American history up to that time.

James Earl Ray was tainted with a criminal’s constitution essentially from birth. He immediately fled the scene in his Mustang, abandoning the gun in a bag in front of Canipe’s Amusement Company on South Main Street near Bessie Brewer’s boarding house. Inside the bag was also found a recent copy of the Memphis Commercial Appeal newspaper, a bottle of aftershave lotion, a pair of binoculars, a portable radio, and two cans of Schlitz beer. The identifying number on the radio had been removed, but it was ultimately determined to have been the same radio James Earl Ray had kept in his cell in the Missouri Pen prior to his escape. 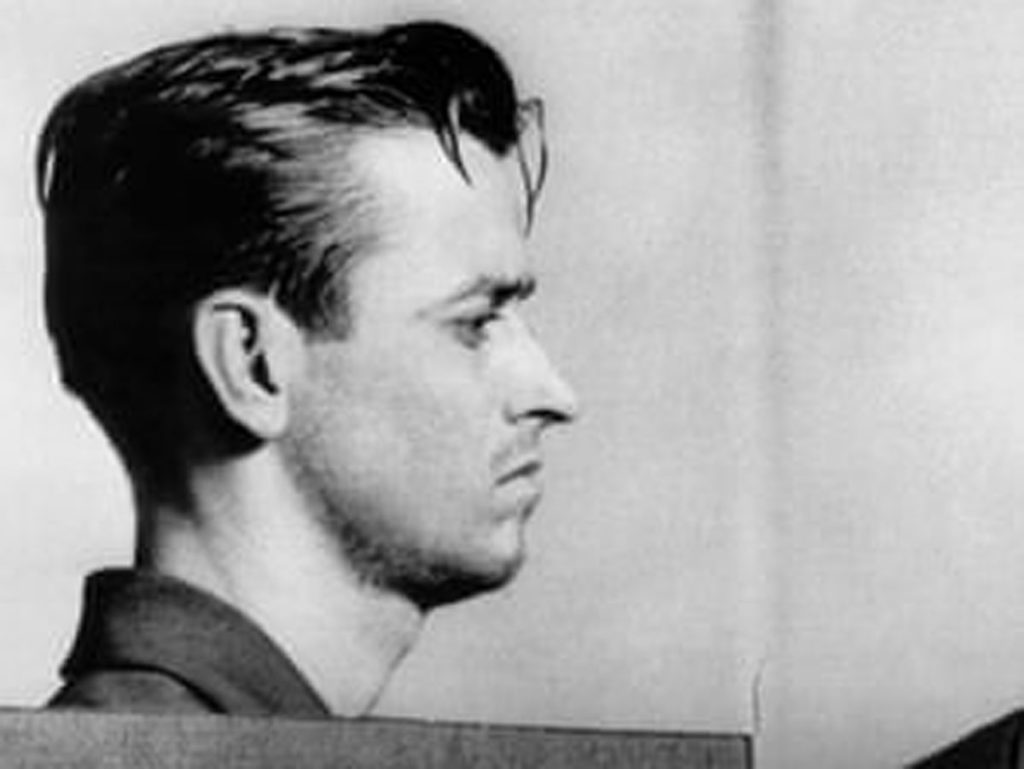 The evidence against Ray as the shooter was compelling.

Ray’s fingerprints were found on all of the items. No other identifiable fingerprints were lifted from the rifle or scope. A physical description of the man who dropped the parcel from a white Mustang in front of Canipe’s Amusement Company matched that of Ray. 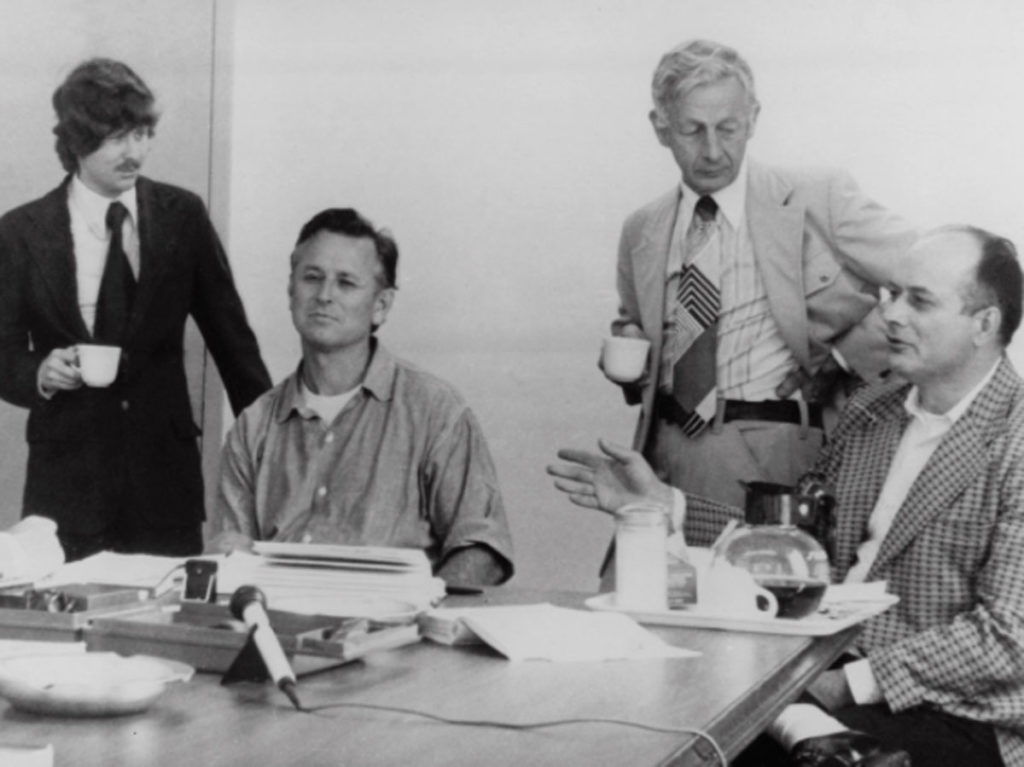 Ray was fleeing for an African nation still under white control when he was apprehended. He nearly made it.

Leaving Memphis, Ray drove eleven hours straight back to Atlanta where he abandoned his car and gathered some clothing. He then fled to Canada and later on to England. Two months after the shooting he was apprehended in London’s Heathrow Airport attempting to gain passage to Rhodesia using a false Canadian passport. He was immediately extradited to Memphis to stand trial. 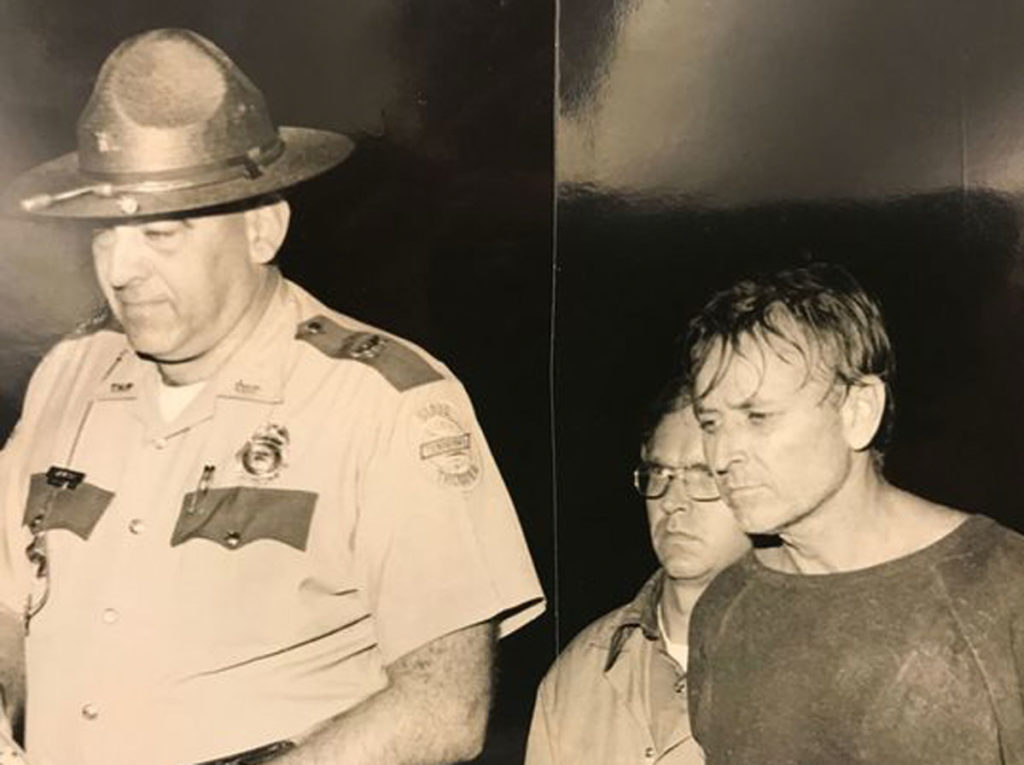 James Earl Ray’s subsequent three-day escape from custody in 1977 was sensationalized in the media.

On the advice of his lawyer, Ray pled guilty to the murder to avoid the death penalty and was sentenced to 99 years in prison. Within a few days, he recanted his confession and claimed an enigmatic man named Raul whom he had met in Canada had done the shooting. Ray escaped from the Brushy Mountain State Penitentiary in Petros, Tennessee, in 1977 but was apprehended three days later. He died in prison in 1998 at age seventy of kidney disease and liver failure secondary to hepatitis C. He apparently contracted the disease from a blood transfusion he received after being stabbed in prison many years before. Ray maintained his innocence until his death, blaming his incarceration on a sweeping government conspiracy. 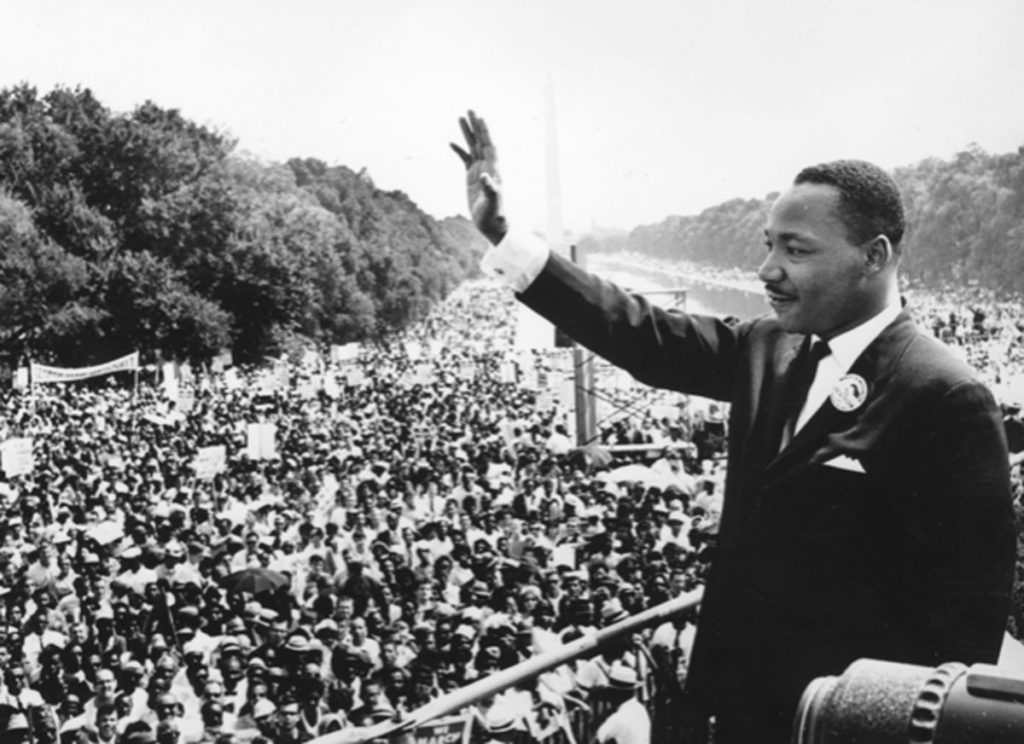 Martin Luther King Jr has been described as one of the greatest orators in American history.

The life of Dr. Martin Luther King Jr has been well documented. Despite his untimely death, he was one of the most influential figures in American history.

King has been venerated around the world. This statue stands in Westminster Abbey in London. 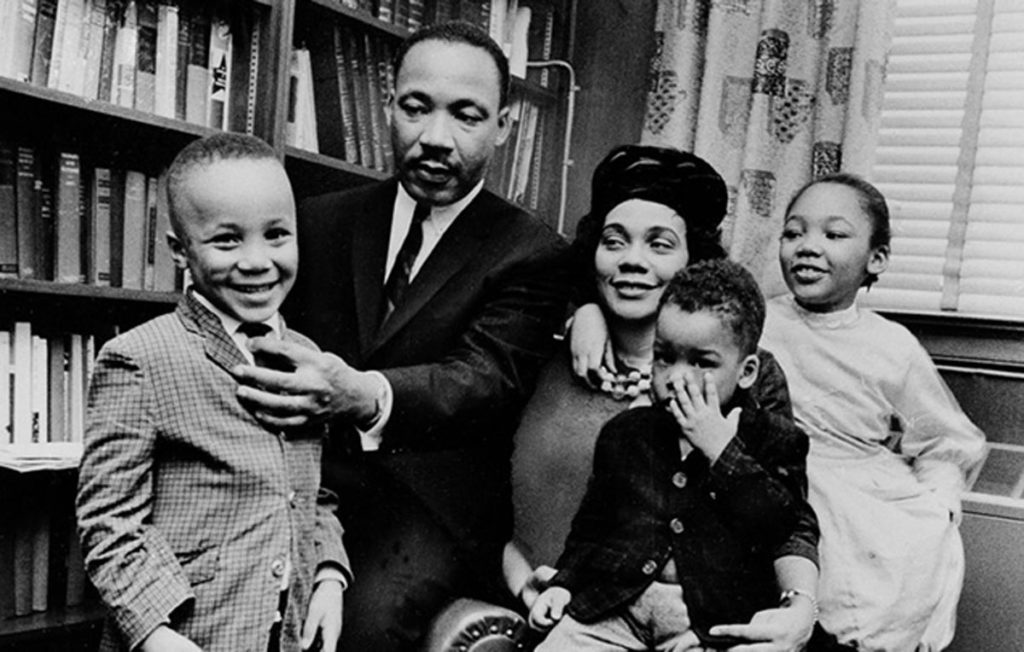 He left behind a wife and four children. 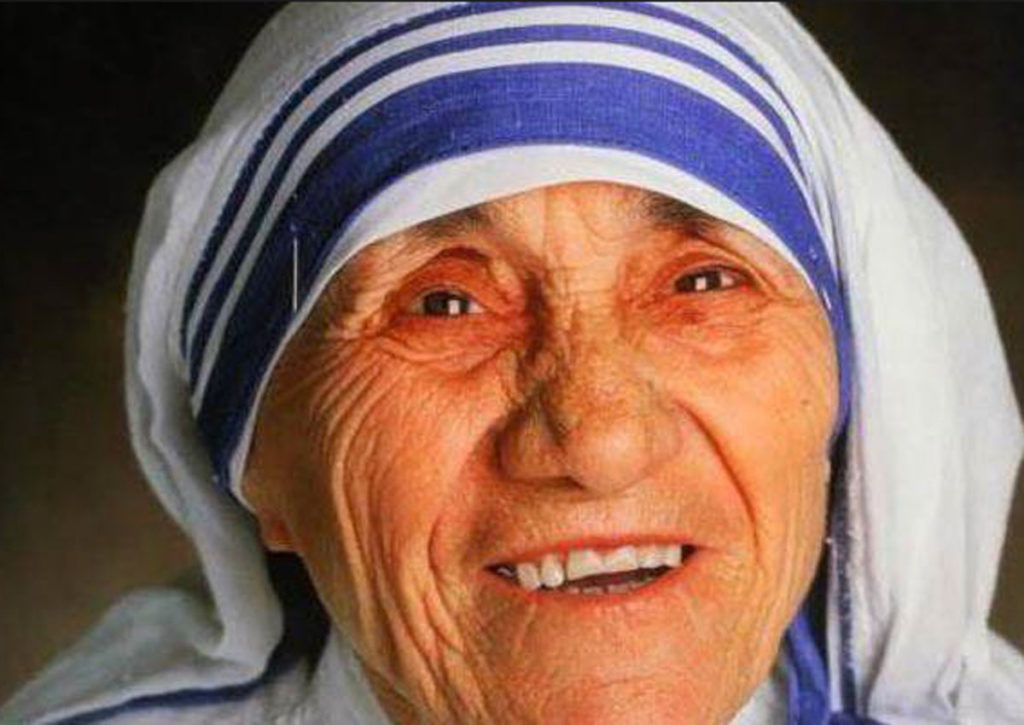 For all have sinned…those looking for heroes without blemish among human stock are destined for disappointment.

Vilified by some and deified by most, Dr. King had his warts as do us all. Parts of his doctoral thesis were plagiarized, and he was a serial philanderer. If you dig deep enough you can find dirt on quite literally anybody. Reagan, Patton, Washington, JFK, Gandhi, and Mother Teresa all had skeletons in their closets. 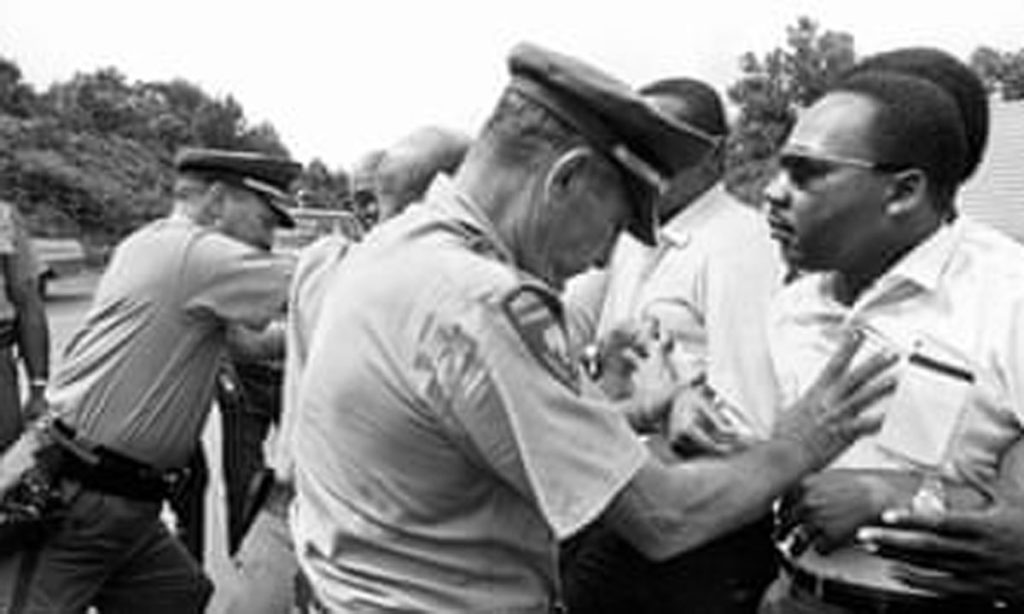 Dr. King’s policy of non-violence kept the civil rights movement of the 1960s much less bloody than might otherwise have been the case.

What made Martin Luther King Jr a truly extraordinary historical figure was his insistence on non-violent resistance as a means to enact sweeping social change. Given the dark and chaotic nature of the world in the 1960s this was, in my opinion, the man’s greatest attribute. Dr. King’s legacy will shape the conversation about race in America until the sun burns out. 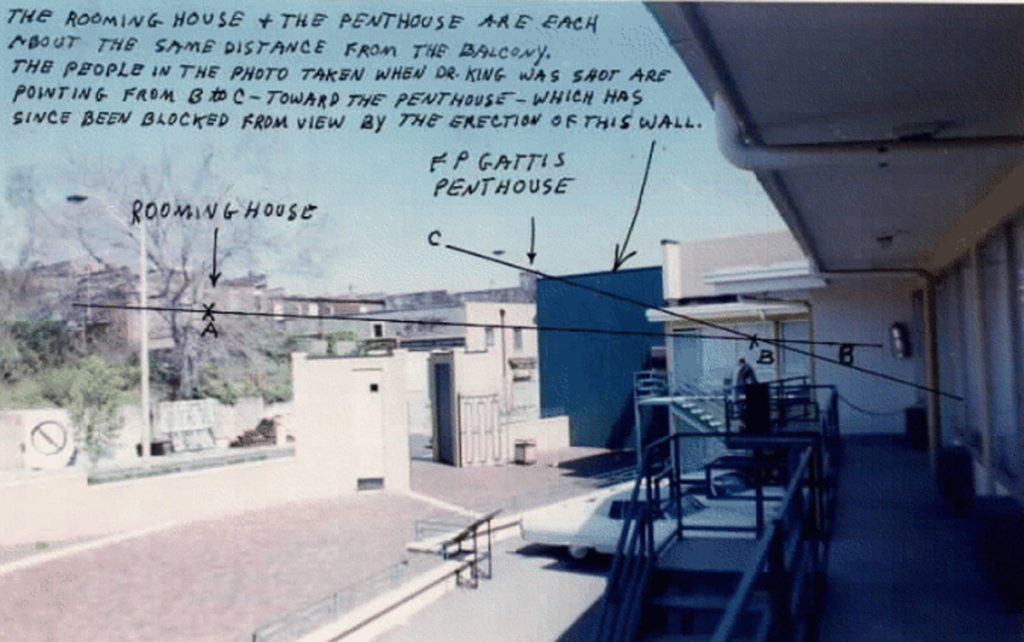 Contradictory theories still abound concerning the death of Martin Luther King Jr. As recently as 1999 a court case found that there had been governmental complicity in his killing, a charge that government officials both then and now vehemently deny.

Dr. Martin Luther King was a controversial figure, and allegations of government cover-ups and conspiracies yet unresolved swirl around his life even today. I came of age in the Mississippi Delta in the 1970s and saw firsthand the foundational social changes wrought by his movement, his life, and his death. 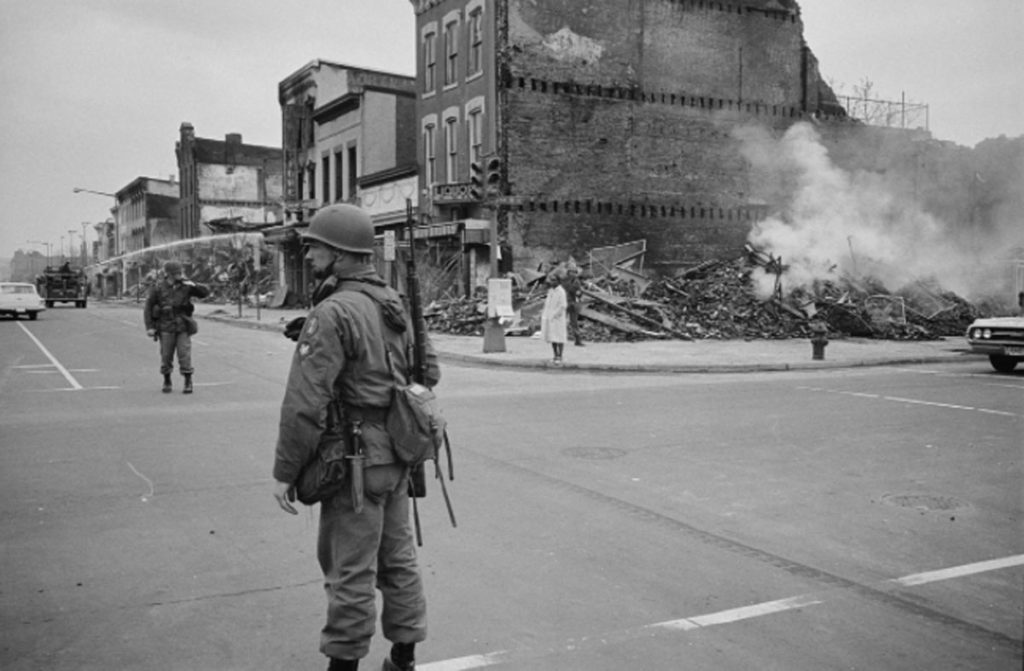 The assassination of Dr. King led to widespread violence that was, thankfully, fairly short-lived.

Human beings are by their nature tribal, and racial discord has been a lamentable part of the human condition since the dawn of time. While Dr. King’s assassination sparked riots in more than 100 major American cities, his legacy of non-violence represents a timeless ideal all would do well to emulate. 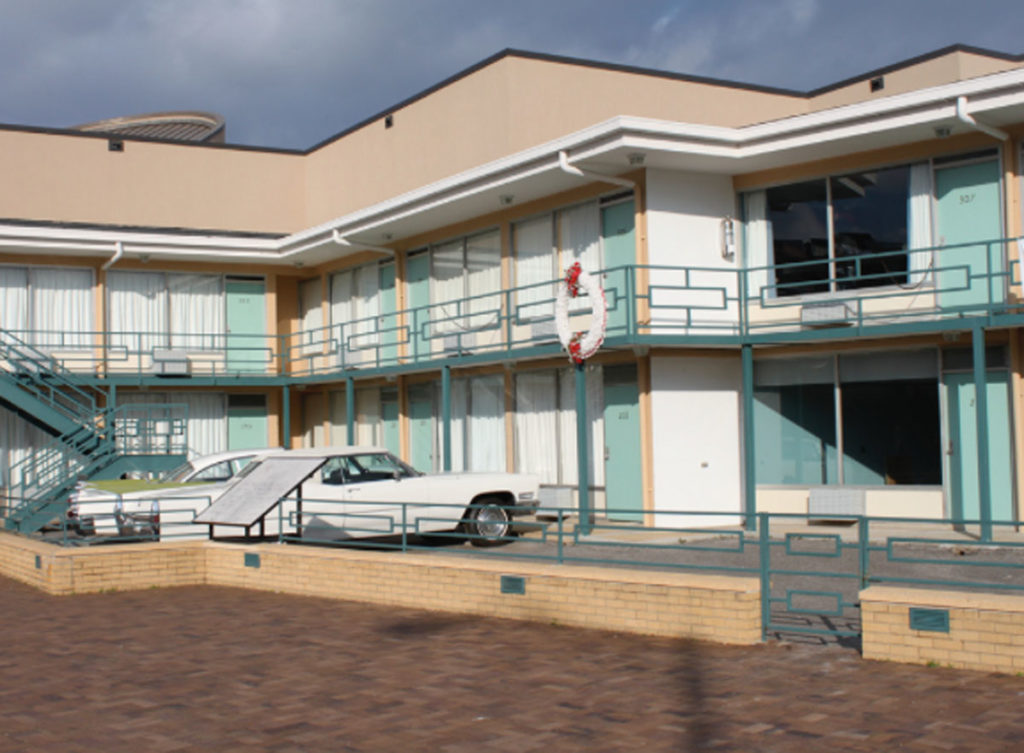 The site of the King assassination is part of the Civil Rights Museum in Memphis today.