Colt’s Manufacturing has been working hard to relaunch their legendary Cobra series with a new, modern design with all the look and feel of the original. This SHOT Show 2019, Colt showcased their latest and greatest, the new King Cobra chambered for .357 Magnum.

Colt just recently announced the King Cobra, a compact 6-shot revolver chambered for .357 Magnum and this is our first hands-on with it. It features a stainless-steel barrel, a heavy-duty frame and a 3-inch barrel with a full-length underlug.

“Our customers started asking for a .357 version of our Cobra immediately after the release, and at that moment we knew we had to prioritize this great addition to the Cobra family” said Colt product director Justin Baldini. “We couldn’t be more excited to add the power of .357 Magnum back into Colt’s Double Action Revolver lineup.” 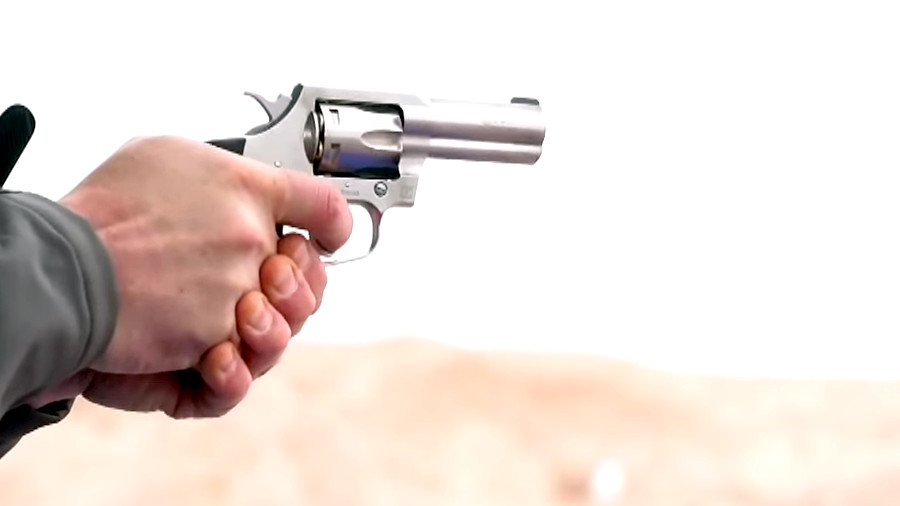 Shooting the King Cobra was pleasant even with .357 loads. The trigger is very smooth and consistent.

Until now the Cobra series was made of revolvers chambered for .38 Special. While it’s a popular round for self-defense, especially with modern over-pressure loadings, it doesn’t have the same appeal as the full-power magnum cartridge.

Outfitting the King Cobra with a 3-inch barrel is an interesting move on Colt’s part. Even just a few years ago it would have made more sense to lead with a full-size, service-length barrel in the 4-5-inch range. Today service revolvers play a secondary role to those more suited for concealed carry, revovlers with truncated barrels.

At 28 ounces unloaded, the King Cobra is light enough to carry all day, and heavy enough to shoot full-house magnum loads.

Other features include an exposed hammer, low-profile U-notch rear sight, oversized trigger guard and a Hogue overmolded grip. It has a brushed finish and brass-bead front sight for high visibility and quick target acquisition.

The King Cobra is based on the redesigned Cobra and uses the same user-interchangeable front sights and linear leaf spring trigger. The redesigned trigger system delivers a double-action pull in the 7-9-pound range and a light 3-4-pound pull in single-action.

The suggested retail price is $899 which is in-line with the higher-end Cobra revolvers and should work out to a street price between $700 and $800. If the return of the Cobra is any indicator of things to come, Colt will be sure to follow it up with other models and configurations.

Next post: A Closer Look at the Seekins HAVAK Bravo – SHOT Show 2019