Many shooters consider a good bipod to be one of those essential accessories to have for your rifle, to help give you more support when shooting from a bench or the ground.  There is certainly no shortage of options but this year Caldwell’s Accumax carbon fiber bipods caught my eye.

New at SHOT Show 2019, Caldwell released Accumax Bipods that can accommodate pretty much any mounting system you might have, whether it be bipod studs, MLOK slots, KeyMod, or Picatinny rails. 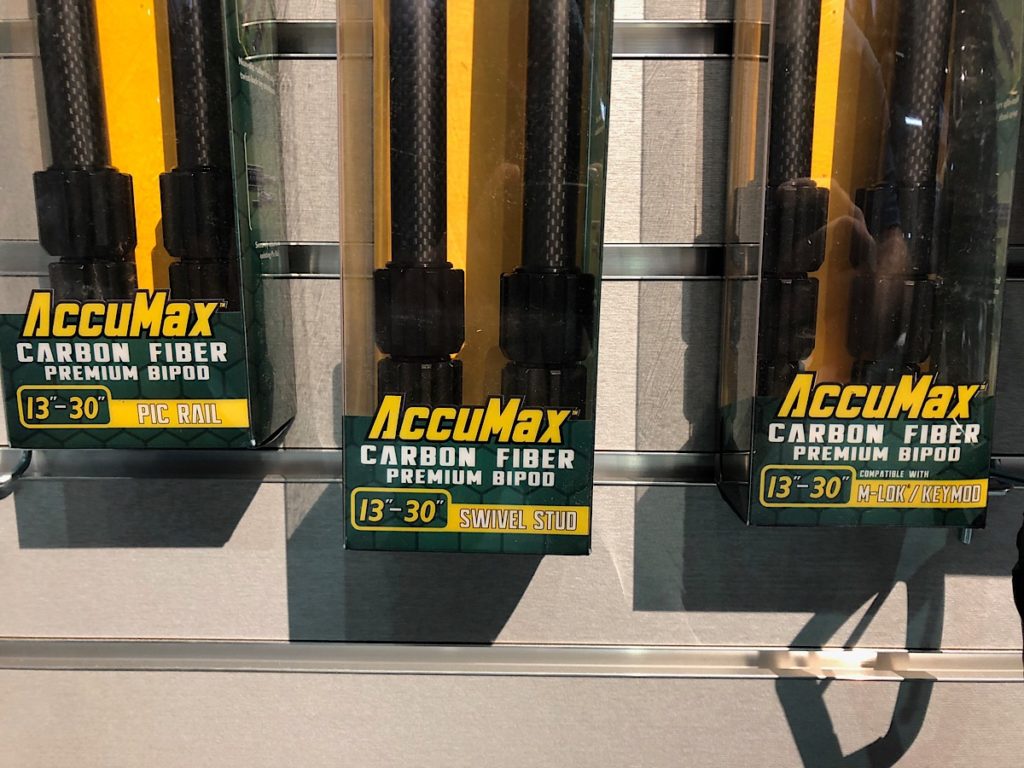 Regardless of the mounting system, the bipods are available in three height options, 6”-9”, 9”-13”, and 13”-30”, so you’ll be able to tackle any shooting position.  A short throw tension lever on the underside of the bipod lets you go from loose to full tension with very little motion required. 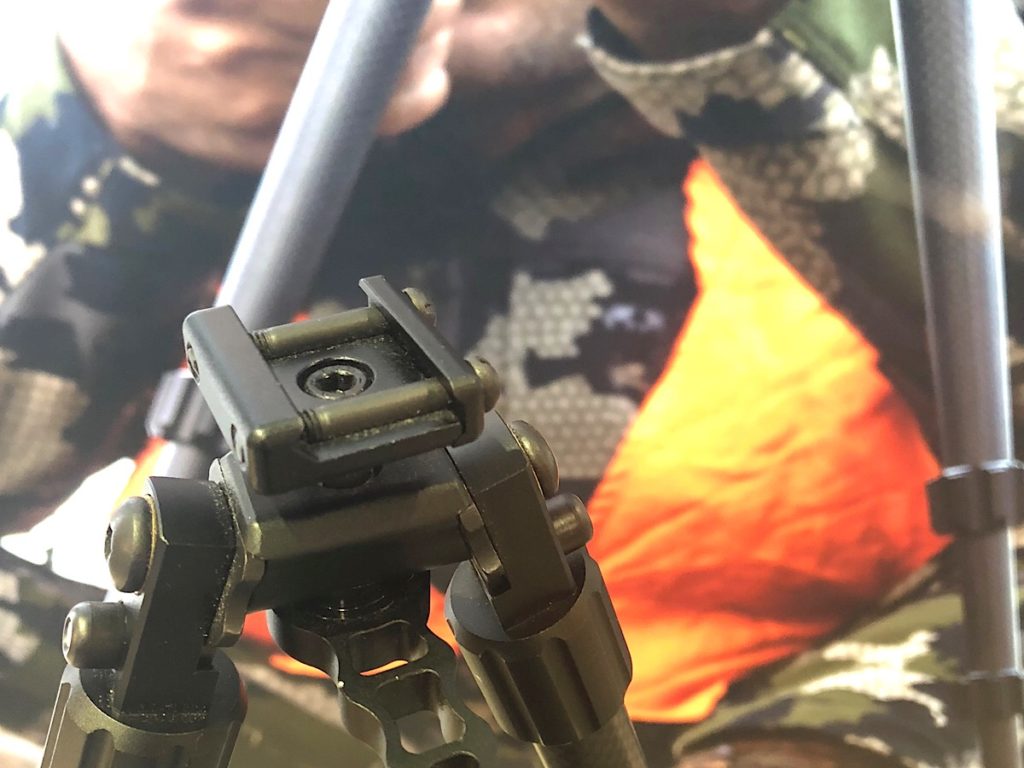 Dual screws for the Picatinny-mount version will keep the bipod secure, even on heavy recoiling rifles.

The bipod’s range of motion for both pan and tilt is considerable in order to let the shooter compensate for uneven surfaces or a moving target.  Leg adjustments are made by loosening the twist-lock knobs on either leg and tightening them again when you’ve reached the desired length.  Since the legs aren’t spring loaded, I don’t imagine you’ll have any problems making leg adjustments one-handed while you’re in position. 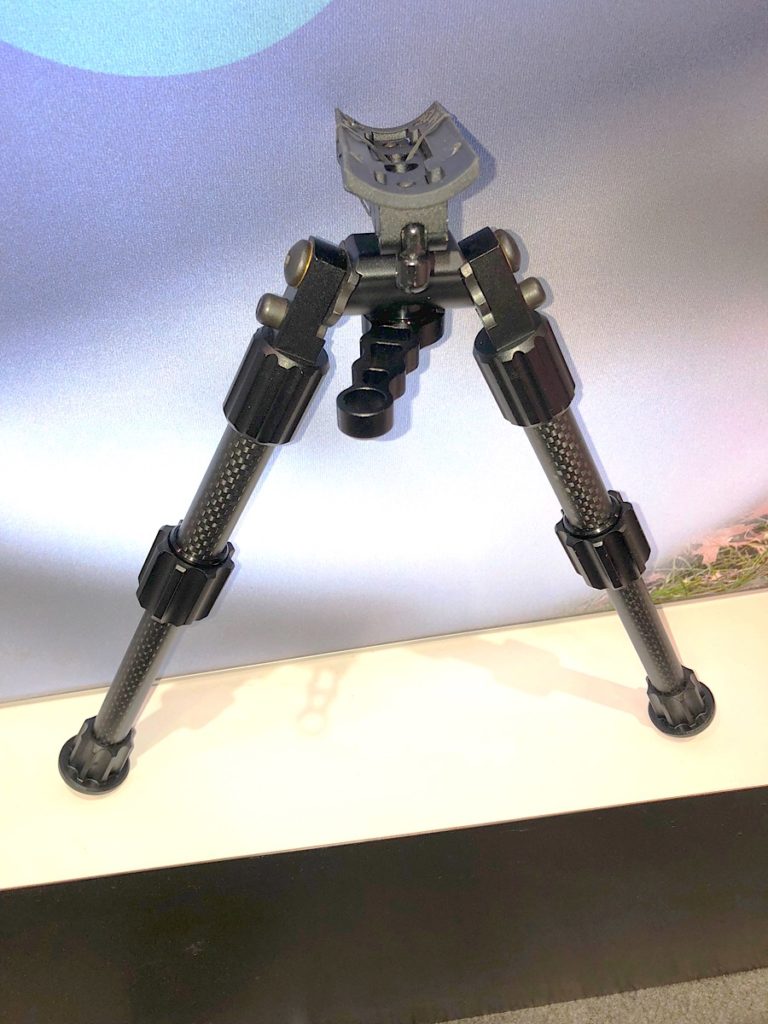 When completely tightened down the legs also won’t rotate, which means that the rifle won’t scoot away from you when you are loading the bipod.  Being able to effectively load the bipod can help provide better stability and consistent accuracy on those long-range shots.

The product literature from Caldwell says that the legs have 180° of leg angle adjustment, which has led to a misunderstanding among some potential customers. A lot of people were hoping for five leg positions but there are only three positions.

Essentially, the legs can be folded forwards, dropped down to 90°, and then folded backwards.  When the legs are stowed one of the things that I noticed about these bipods are that they aren’t very wide and I imagine that they would stay tucked into the rifle pretty nicely.  Now, this can be a great advantage if you’re moving through dense terrain or with a lot of gear and you want to minimize your snag hazards.

Since these are made mostly from carbon fiber they are, of course, very light and while I couldn’t find any concrete data on weights, I was told the 6”-9” version weighs about 9 oz. and, which means the longer versions weigh slightly more, maybe all the way up to a pound more for the 13”-30” version. 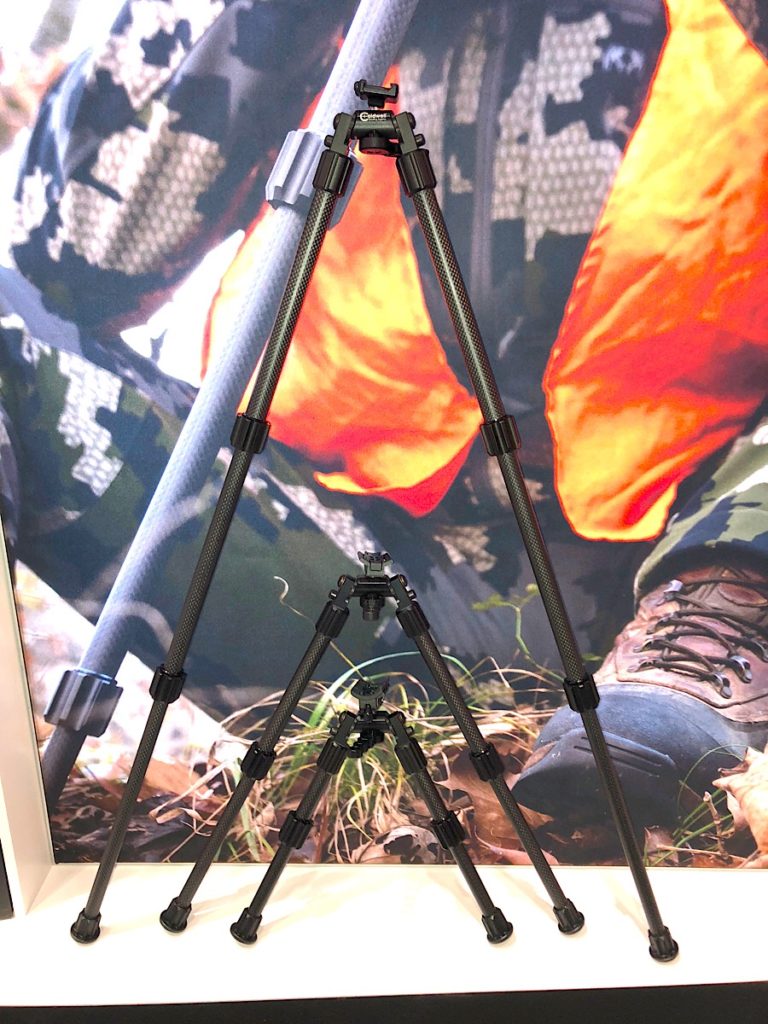 These bipods are also priced right, starting at $90 for the 6”-9” bipod and going up to about $200 for the 13”-30” bipod.   They are available for sale now, and for more information check out www.btibrands.com.