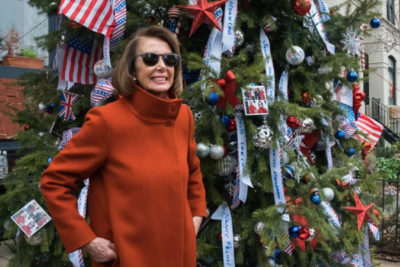 Universal background checks and “assault weapon” bans aren’t likely to have much effect on crime, according to a new DOJ report. (Photo: Nancy Pelosi/Facebook)

Democrats didn’t waste any time proposing a universal background check bill and an “assault weapons” ban when they took control of the U.S. House, but a newly released survey from the Department of Justice indicates (once again) that neither policy is likely to reduce crime.

The 2016 Survey of Prison Inmates (SPI) found that the vast majority (about 90 percent) of state and federal prisoners obtained their firearms using methods that would not be affected by the background check legislation being proposed by Congress. Additionally, the survey confirmed that despite the massive proliferation of semi-automatic rifles in the past decade, only 1.5 percent of all inmates even possessed a rifle during the commission on a crime.

Twenty-one percent of all state and federal inmates reported possessing a firearm when they committed the offense for which they were convicted, but only 13 percent actually used the firearm by showing, pointing, or discharging it. 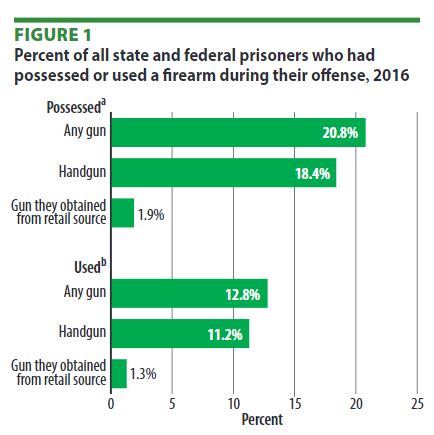 The rest of the survey respondents obtained their firearm from a source not covered by the new background check bill: a retail store at which a background check was conducted (6.7%), a family member, friend, or straw purchaser (25.3%), the underground market (43.2%), a theft (6.4%), or two “other source” categories (11.5%). 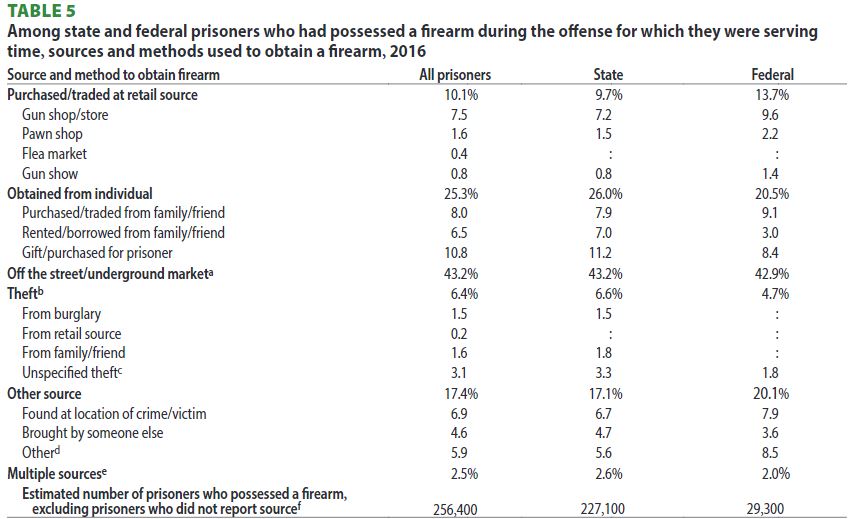 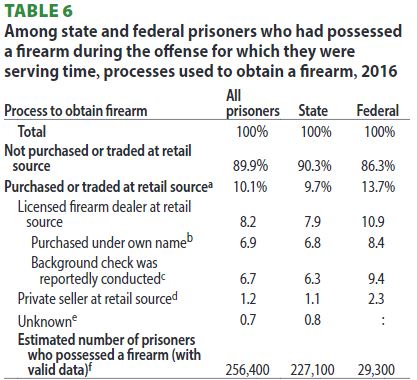 In other words, Pelosi’s background check legislation outlawing private sales might shore up (at most) between 8 and 10 percent of crime guns. But that’s assuming that all “other” sources are private sellers and that all gun show and flea market purchases were made from private sellers. The real number is likely much lower.

Feinstein and Co. ignore these statistics, of course, focusing instead on how their “assault weapons” ban will stop mass murders, especially at schools. But considering the fact that nine of the mass shootings with the 20 highest death tolls involved handguns or long guns that are not covered by Feinstein’s bill, prohibiting law-abiding citizens from purchasing AR-15s with pistol grips is unlikely to do much good.

The complete 20-page report, including survey questions and methodology, can be found here.

Next post: Improve Your Beretta with Langdon Tactical’s ‘Trigger Job in a Bag’