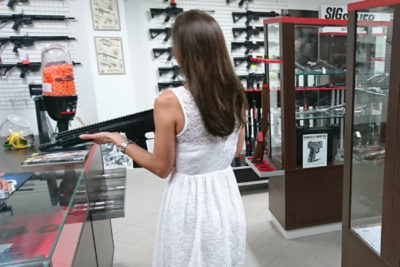 The feds only prosecuted 12 individuals who were denied a firearms purchase in fiscal year 2017. (Photo: Wikimedia Commons/Cimmerian Praetor)

All gun owners recognize the strongly worded warning on ATF Form 4473: providing false or misleading information when purchasing a firearm “is a crime punishable as a felony under Federal law, and may also violate State and/or local law.” Even if the FBI denies the purchase, anyone caught lying about a past felony conviction or a mental health issue could face thousands of dollars in fines and years in jail.

But a new report from the Government Accountability Office suggests that these “lie and try” buyers almost never come under federal prosecution.

Of the 112,090 firearm purchases the federal government denied in fiscal year 2017, the United States Attorney’s Office (USAO) only decided to prosecute 12. While the ATF investigated 12,710 denials, the USAO says that only 12 of them met their criteria for prosecution.

Officials from the Executive Office for United States Attorneys told the GAO that prosecuting denial cases can require significant effort and may offer little value to public safety compared to other cases involving gun violence.

Ever wonder what happens when a NICS check is denied? (Photo: GAO)

In the statement, Sessions orders federal prosecutors to “swiftly and aggressively prosecute appropriate cases against people who are prohibited from having firearms, and who lie in an attempt to thwart the federal background check system.”

Gun rights groups have echoed this statement. When asked about the GAO report, Lawrence G. Keane, Senior Vice President and General Counsel for National Shooting Sports Foundation, told GunsAmerica, “NSSF has long supported enforcing the gun laws on the books as the best way to reduce the unlawful acquisition and criminal misuse of firearms.”

Prior to Sessions’ statement, USAO criteria for prosecution included individuals who are violent felons, have an active protection order, or have made multiple attempts to purchase a firearm in the past after being denied, among other offenses.

Since the statement, about 90 percent of USAOs have coordinated with their respective ATF field divisions to discuss revisions in USAO referral guidelines for standard denial cases, according to the USAO officials interviewed by the GAO.

The feds aren’t the only law enforcement entity that can prosecute “lie and try” cases, of course. Thirteen states process their own NICS background checks for firearms purchases, but the GAO found that 10 of those states do not investigate or prosecute NICS denials (California, Nevada, Utah, Colorado, Illinois, Tennessee, Florida, New Jersey, Connecticut and Hawaii). 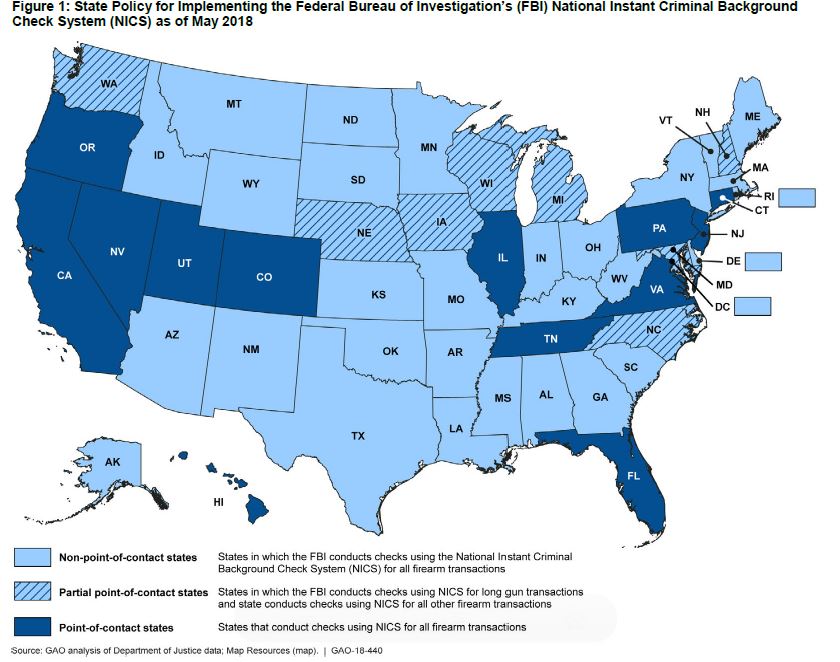 While all states use the NICS system, thirteen states process those checks themselves.

The three that do prosecute NICS denials, however, prosecute a high percentage, many of which end in either conviction or a plea deal.

The GAO report covers only until September 2017, a full five months before Sessions’ statement. It remains to be seen how the USAO will respond to the Attorney General’s call for more aggressive prosecutions or how the USAO will redistribute manpower to reach that goal.

Next post: Introducing the 9mm Glock 45: A Glock 19X Improved