Check Out This Amazing Malfunction – And Top-Shelf Hi-Point Service 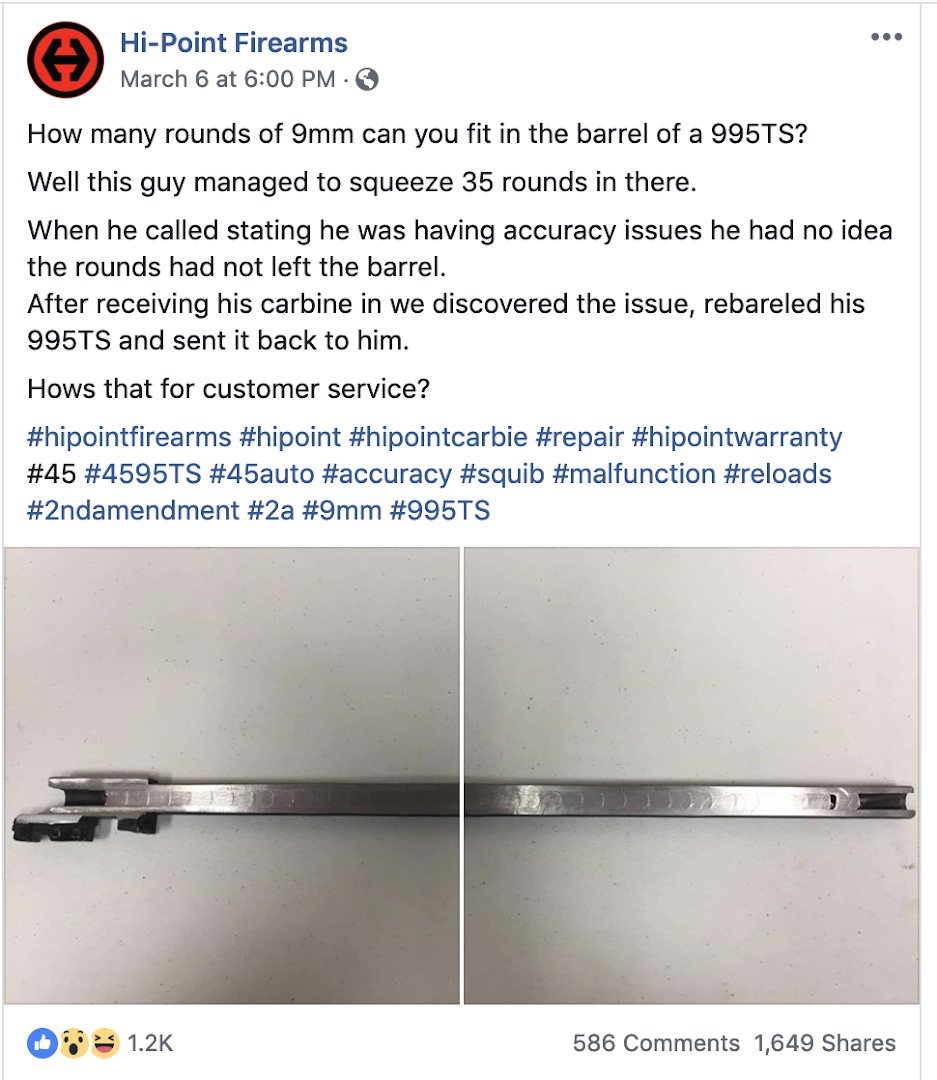 Hi-Point shooters sometimes get a bad rep. And this case doesn’t make this Hi-Point owner look all that great. But it does show off how tough Hi-Point guns can be and why so many people love shooting them.

Hi-Point just shared photos of a 995TS – originally reported as a 4595TS – with a fully-obstructed barrel. Apparently the owner squibbed a round and followed it with at least 34 more shots, filling the barrel end-to-end with bullets.

At least 34 more shots, because the owner was complaining about “accuracy issues.” It’s even possible that some rounds were leaving the muzzle like a gunpowder-operated Newton’s cradle!

In any case, Hi-Point serviced the carbine, replaced the barrel and sent it back to the owner. Not before snapping some photos, of course. 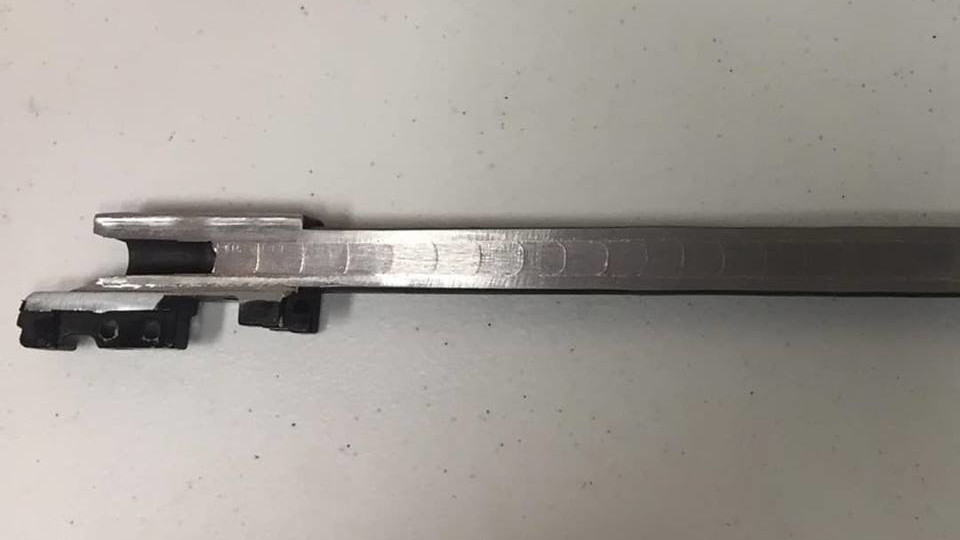 The bullets start stacking up right after the leade. (Photo: Hi-Point)

It’s always amazing to see what gunsmiths find when servicing people’s firearms. Hopefully this will be a reminder to people to check their barrels for obstructions if they suspect that their gun is running incorrectly.

At the same time, it’s a testament to how Hi-Point overbuilds their products. As inexpensive as they are, their guns are meant to last. This type of malfunction could have led to a catastrophic failure, seriously injuring the shooter or worse.

Instead, the carbine trucked along, just with those “accuracy issues.” 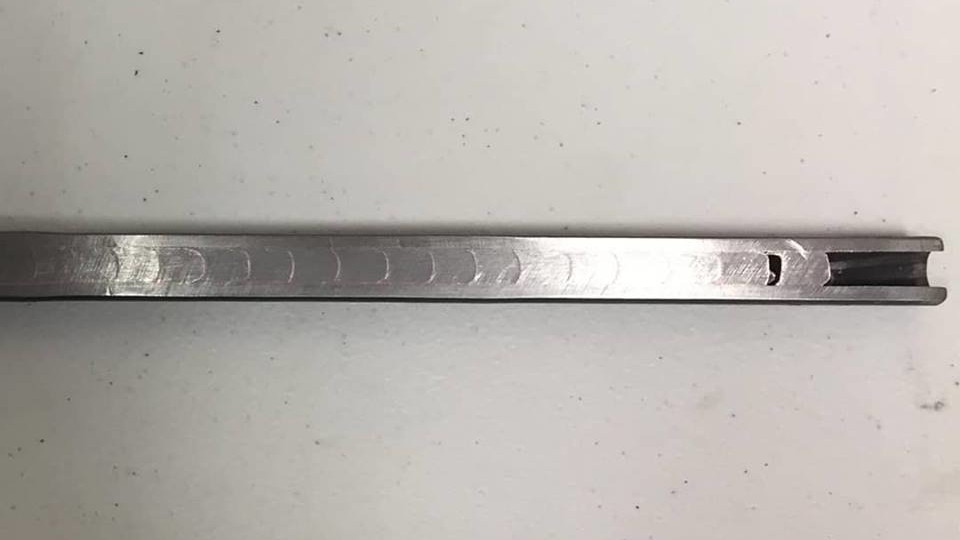 And they run right up to the muzzle. (Photo: Hi-Point)

Real-world pricing for Hi-Point carbines usually run between $250 and $350 leaving plenty in the bank for ammo.

Hi-Point is working on a new pistol as well. The company had a prototype on display at SHOT Show earlier this year. The upcoming 9mm has a 10-round tapered magazine, a grip safety, a reversible backstrap for a personal fit, a completely redesigned slide compatible with mini red dot sights and an extended, threaded barrel.

Hi-Point hasn’t finalized the design and hasn’t set a release date yet. But they expect to have it finished and in production this year. The suggested price will be around $200, making it one of the most affordable suppressor-ready pistols ever.