Petty Officer Michael Thornton: Quite Possibly the Baddest Man in the Entire World 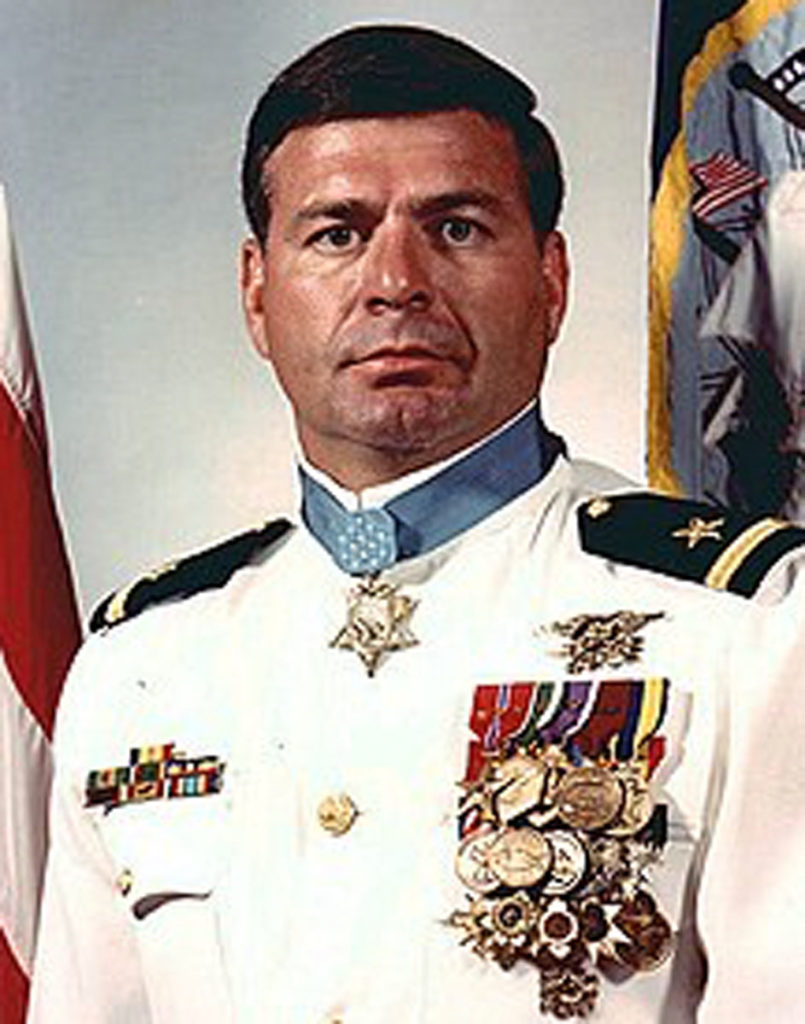 Petty Officer Michael Thornton was a highly decorated career Navy SEAL who distinguished himself in combat in Vietnam.

Michael Thornton was born in 1949 in South Carolina. He graduated from high school in 1966 and immediately enlisted in the US Navy. 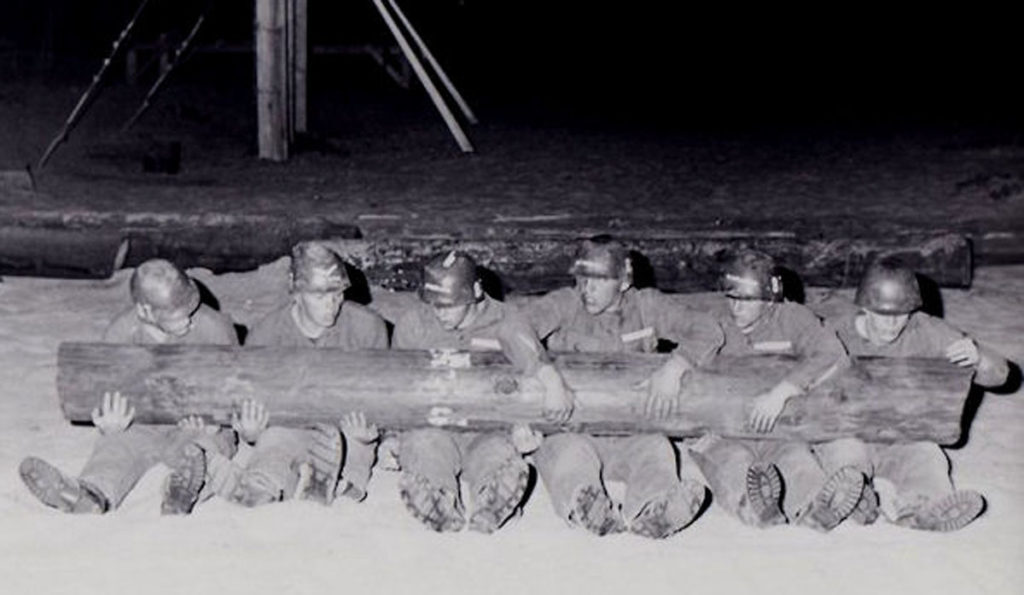 In 1968 Thornton was one of sixteen BUD/S (Basic Underwater Demolition/SEAL) graduates out of a starting class of 129. 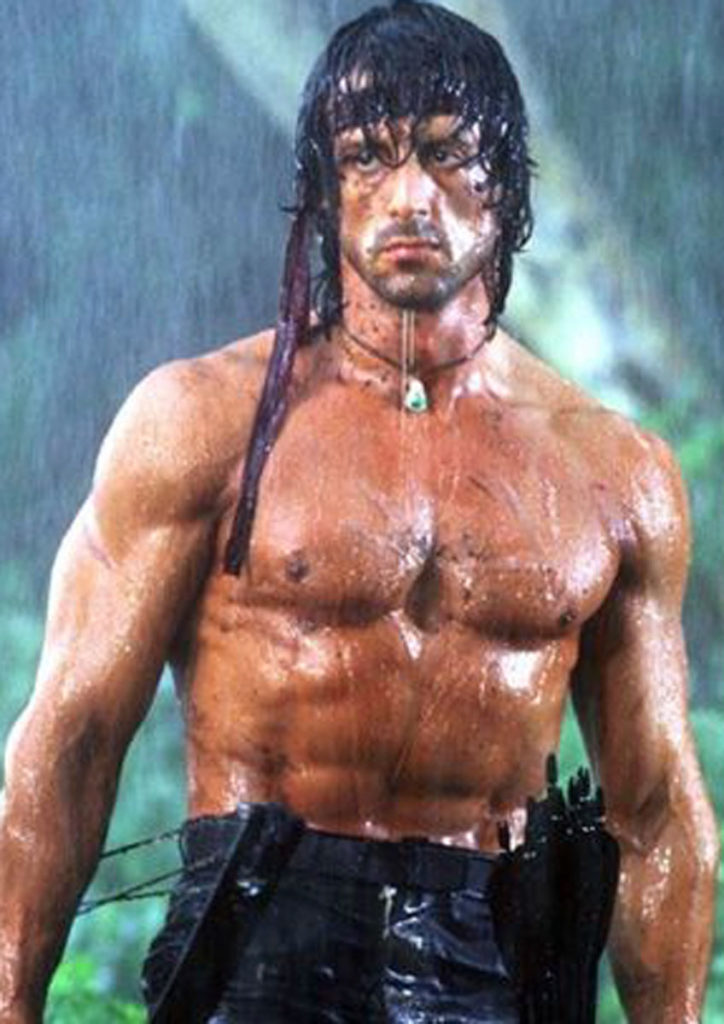 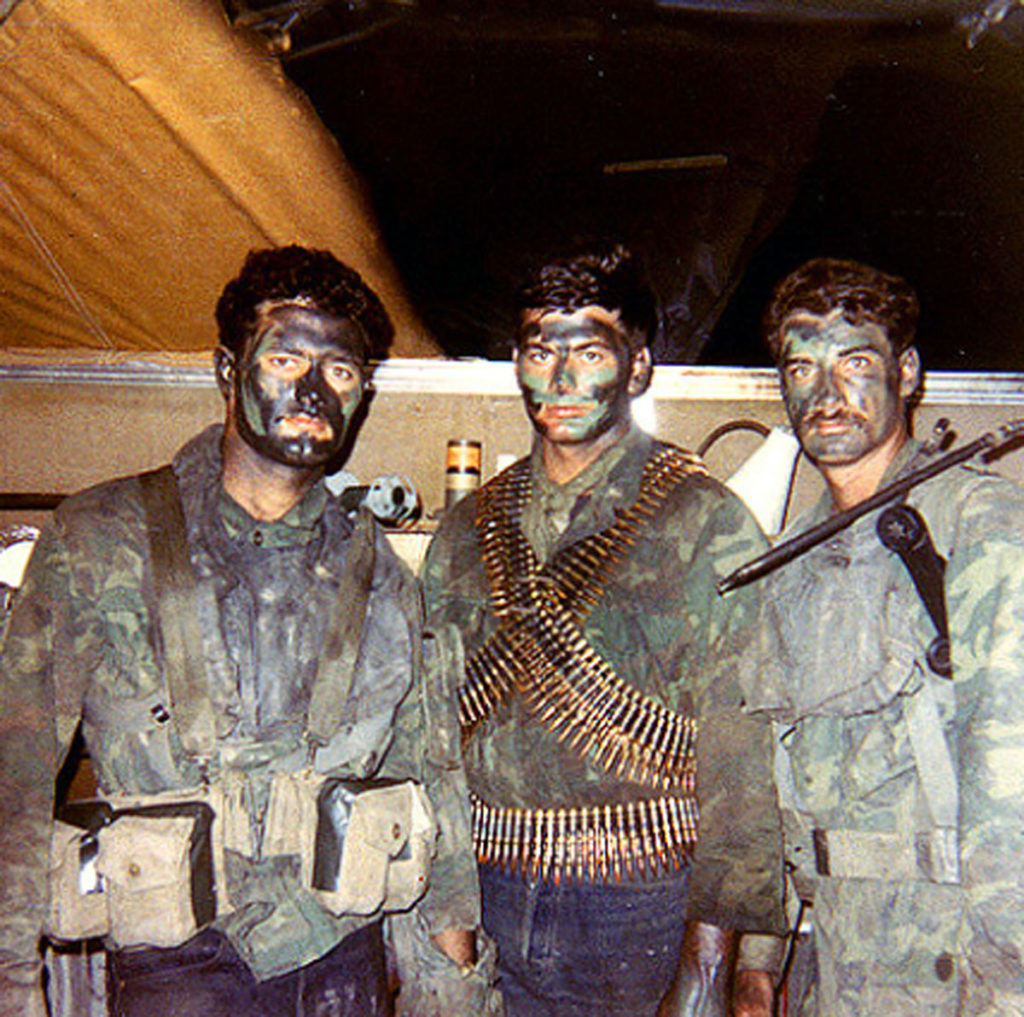 Naval Special Warfare soldiers were still pulling covert missions at the very end of the war in Vietnam. Mike Thornton is in the center. Note the blue jeans.

The war in Vietnam was winding down, and Michael Thornton was one of only a dozen Navy SEALs remaining in the country. On October 31, 1972, Thornton formed a team along with a SEAL officer named Thomas Norris and three South Vietnamese Special Forces operators. 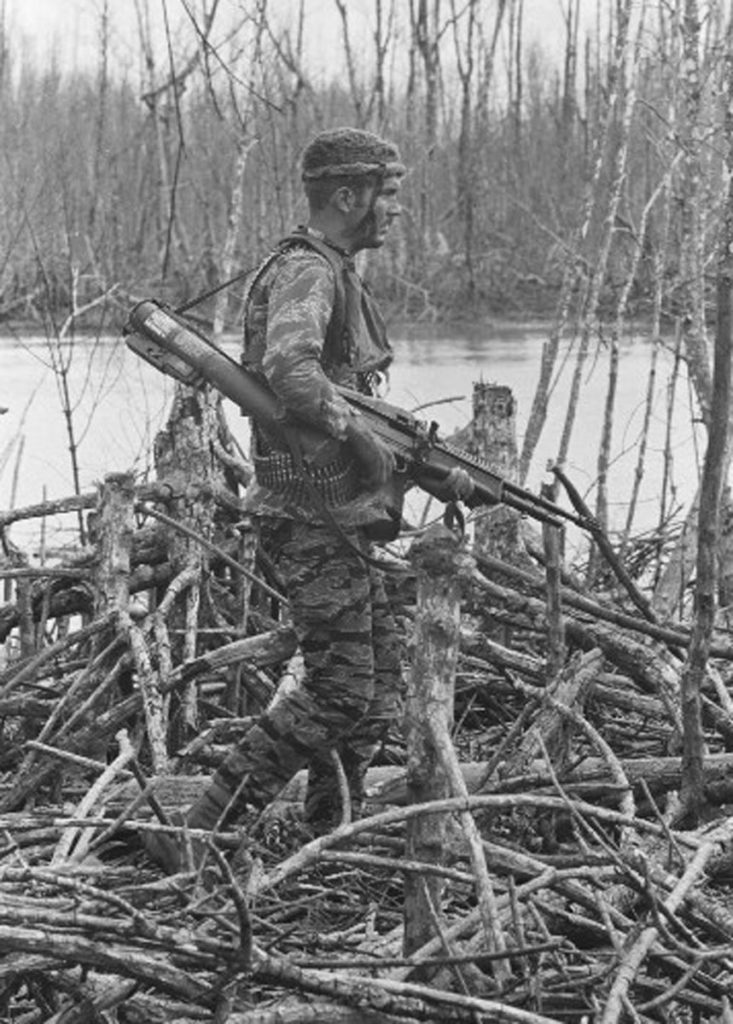 Their mission was to gather intelligence and capture prisoners for interrogation from the Cua Viet Naval Base north of Quang Tri. Thornton had worked with his three South Vietnamese counterparts before and trusted them as brothers. 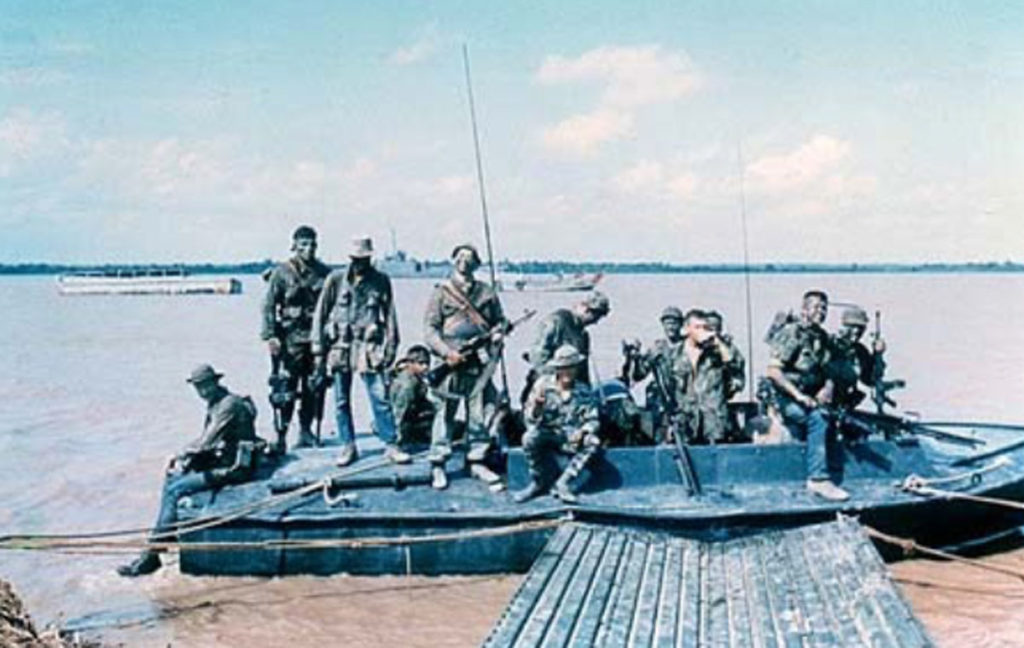 SEAL stands for Sea/Air/Land. Waterborne insertions are their specialty.

The plan was to insert via rubber boat launched from a South Vietnamese junk. At dusk, they launched their small boat and then swam the last mile to reach their objective. In the darkness, they found that they had made a navigation error and landed well within North Vietnam. Advancing inland past numerous enemy positions they simply continued the mission. 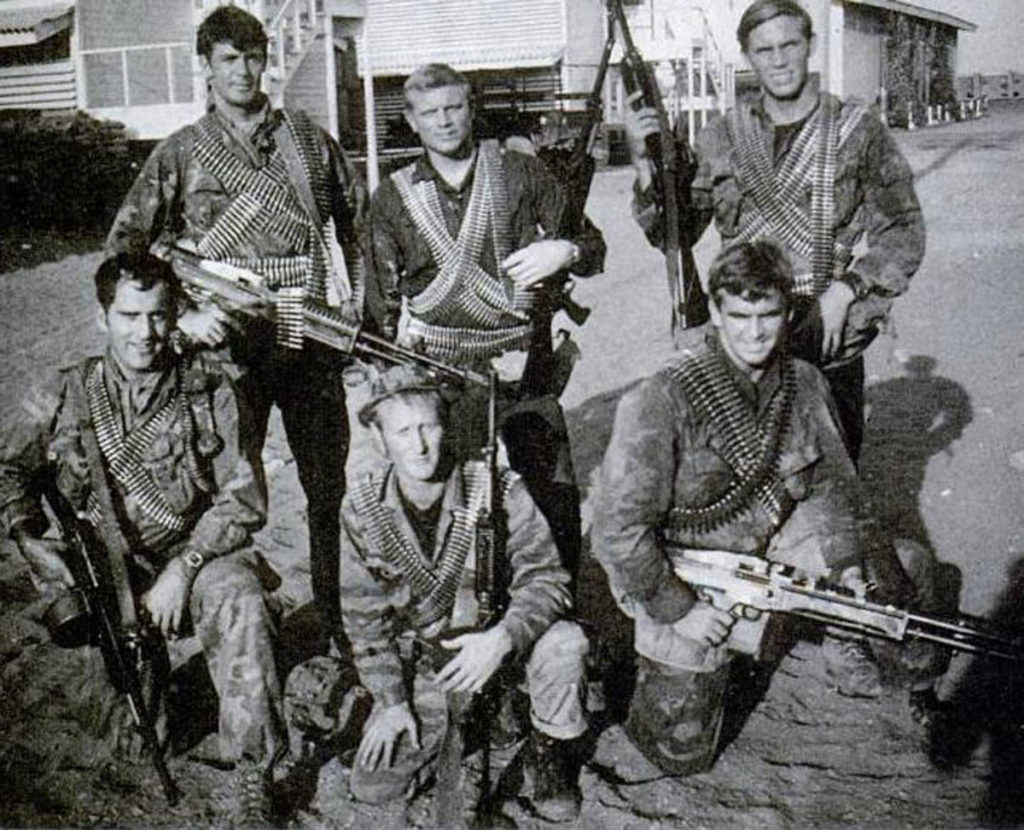 Though the mission was a quiet reconnaissance and prisoner snatch, Thornton’s SEAL detachment was loaded for bear.

Their intelligence gathering complete, the small Naval Special Warfare team encountered a pair of North Vietnamese soldiers patrolling on the beach and attempted to capture them. When this operation went awry one of the NVA troops escaped and ran toward the jungle to alert his comrades. Thornton gave chase and was forced to shoot the man with a handgun, drawing the attention of some fifty NVA regulars located nearby. The result was a simply epic firefight. 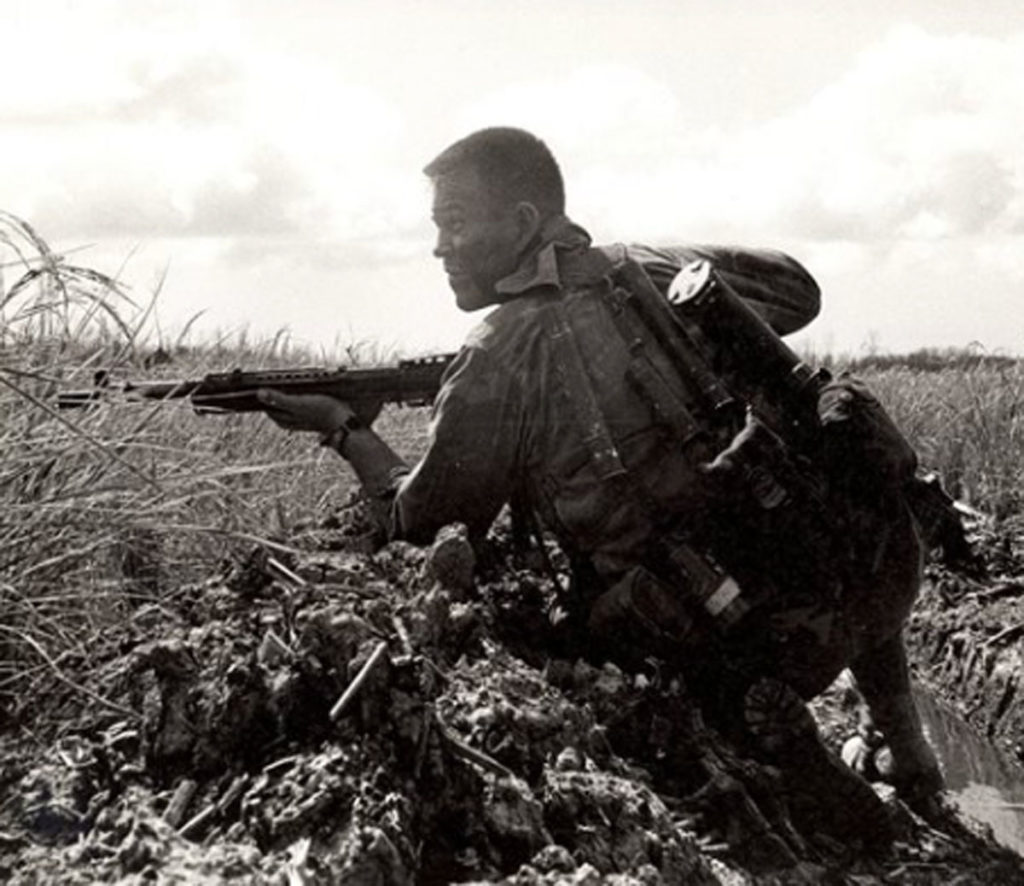 Aggressive fire and maneuver kept the enemy confused concerning the size of Thornton’s small unit. The effective use of LAW (Light Antitank Weapon) rockets by the South Vietnamese SEALs helped slow down the attacking NVA troops.

Thornton picked up a load of shrapnel in his back from an NVA grenade early on but kept on fighting. The five allied warriors fired and moved constantly to keep the attacking NVA troops confused about the modest size of their small detachment.

Thornton attempted to call in friendly naval gunfire from American destroyers offshore but return fire from NVA shore batteries pushed the warships out of range. Over the next four hours, the five frogmen kept around 150 enemy troops at bay. With the coming dawn, however, things began to look bleak. 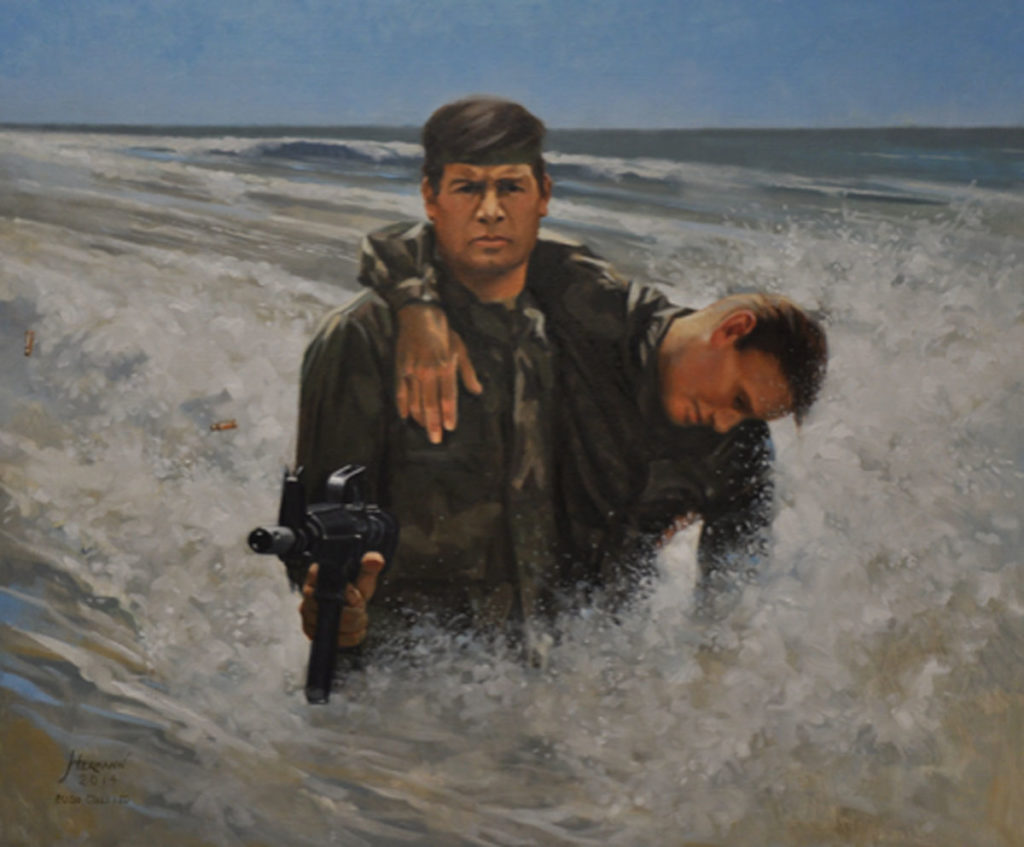 Only courage and implacable force of will got Mike Thornton and his team off that hostile beach.

The five sailors charged toward the water’s edge with Thornton in the lead and Norris taking up the rear. In the process, the unit commander took a round to the head and was presumed dead. When one of the South Vietnamese operators informed Thornton he ran back through blistering NVA fire to recover the body of his fallen friend. He arrived to find four NVA soldiers gathered around Norris’ inert form and killed them all.

As he lifted the limp man to his shoulders he observed that the whole side of his head seemed to be missing. Norris was, however, still breathing. 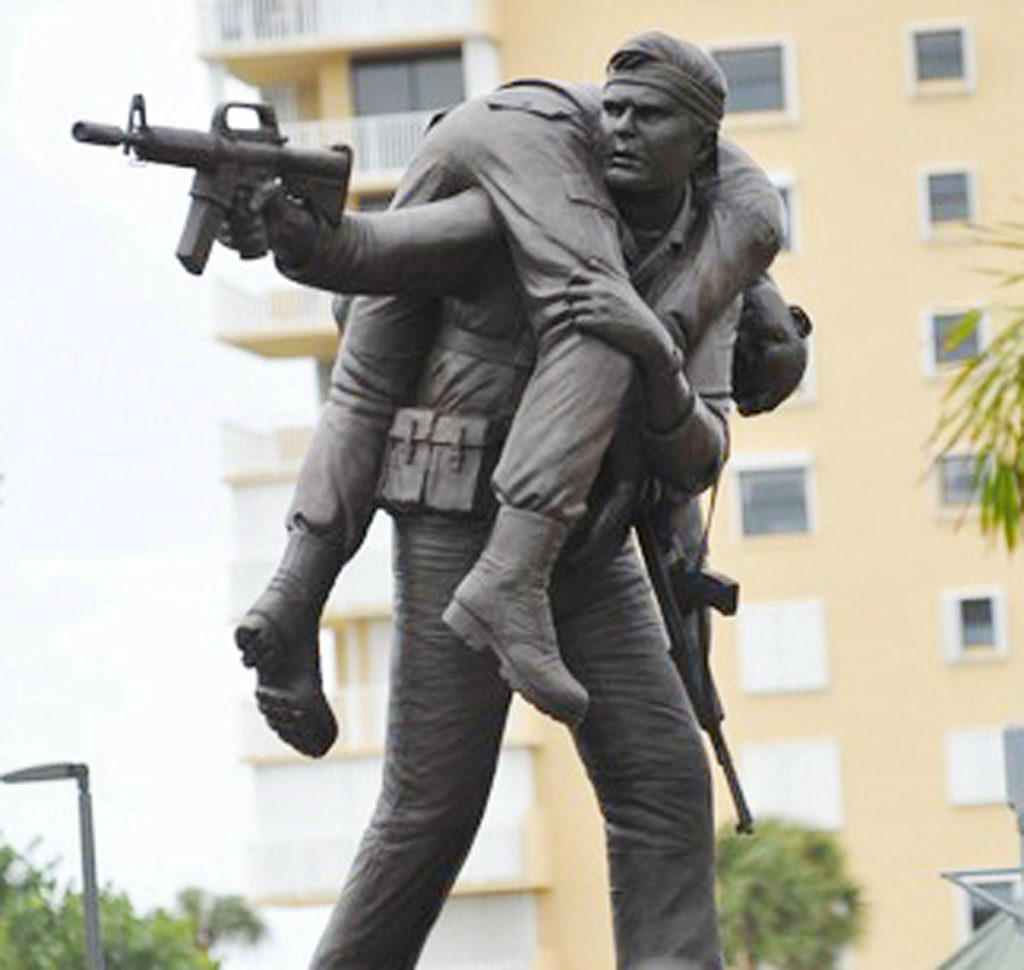 Thornton killed several of the pursuing NVA soldiers by firing his CAR15 assault rifle one-handed while carrying his severely injured commander to the water’s edge. 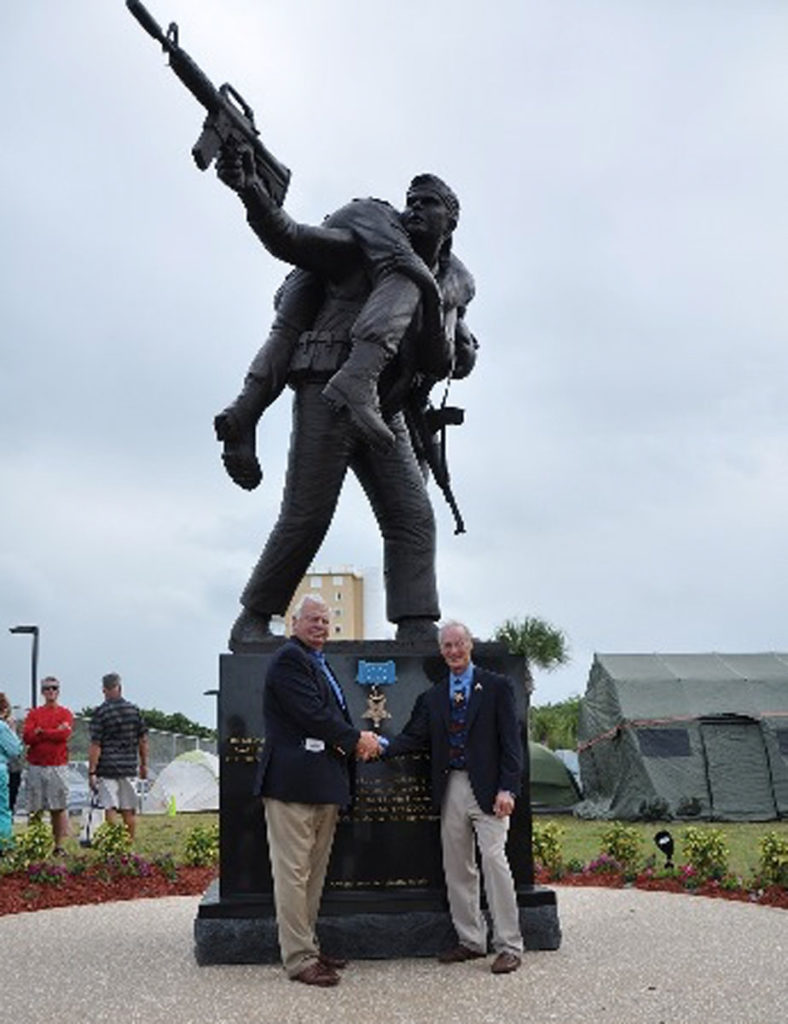 Mike Thornton’s extraordinary feat of heroism is memorialized in bronze outside the Navy UDT/SEAL Museum in Fort Pierce, Florida. Mike Thornton is on the left. Tommy Norris is on the right.

Tom Norris had previously called naval gunfire in on his position from a nearby heavy cruiser requesting a five-minute delay on the fire mission. When he was struck in the head and immobilized the timeline for the extraction fell apart. The supporting cruiser ultimately fired 104 five-inch high explosive rounds onto the beach.

When Naval gunfire support finally impacted, the two SEALs were blown fully twenty feet into the air. Petty Officer Thornton regained his senses, again hefted his buddy, and charged for the ocean. Once at the water’s edge Thornton found that one of his South Vietnamese comrades had been shot through the buttocks and was unable to swim. 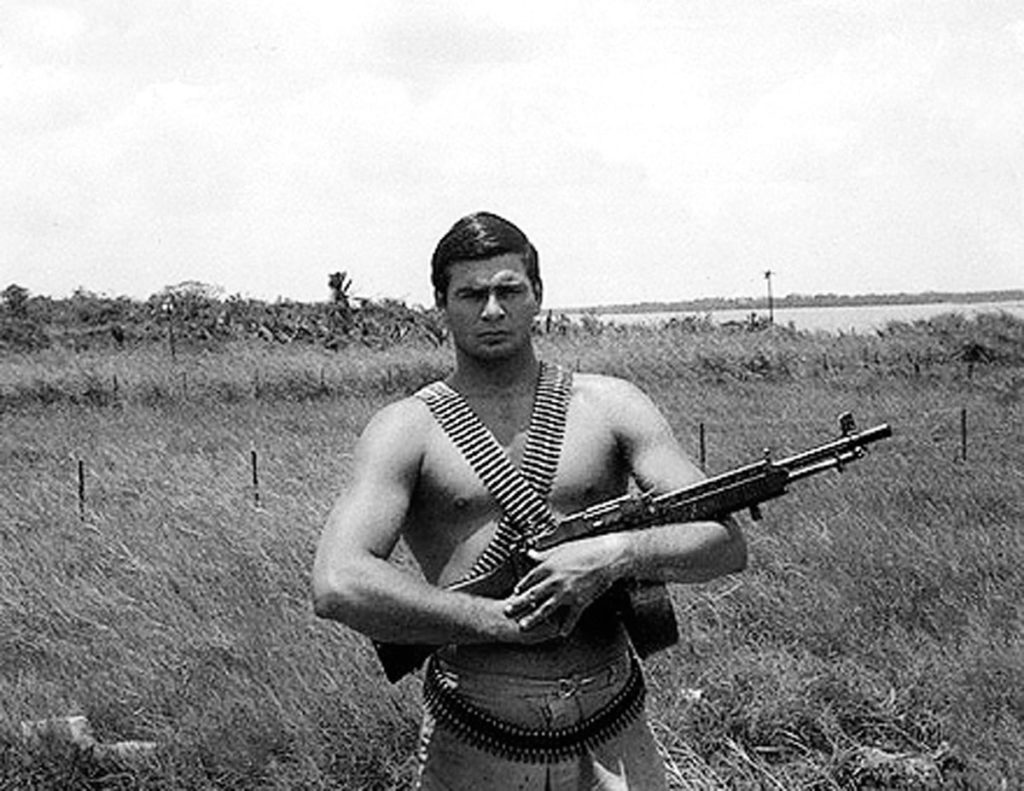 Mike Thornton was not the sort of man to quit just because he was peppered with shrapnel and abandoned on a hostile Vietnamese beach.

Shoving both the severely wounded Norris and the South Vietnamese soldier into the surf, Thornton dragged them both out into open water. Once out of small arms range, Thornton bandaged Norris’ head wound as best he could. He subsequently trod water, keeping himself and his two injured comrades afloat for another three hours. The supporting vessels had presumed the patrol lost and retreated to safety. 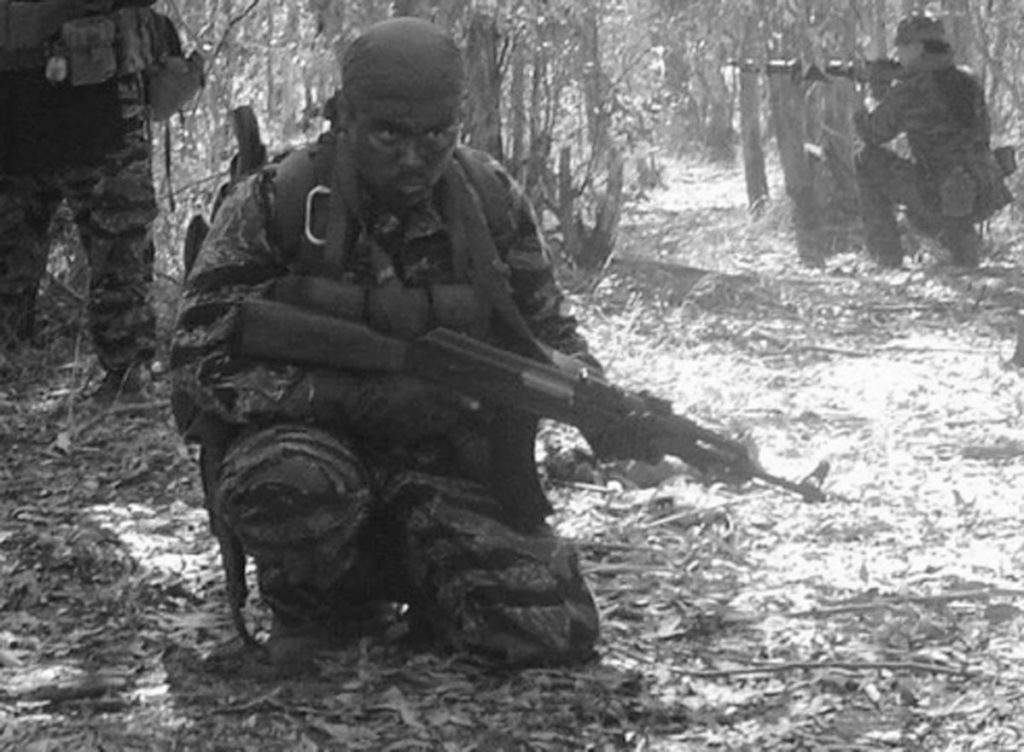 Tommy Norris had an AK47 strapped to his body as Mike Thornton carried him into the surf. Thornton used this weapon to alert friendly troops in a South Vietnamese junk.

One of the South Vietnamese frogmen was eventually picked up by a friendly junk and reported both Americans killed. In desperation, Thornton fired Norris’ AK47 into the air and got the attention of an American SEAL onboard. Once taken aboard the South Vietnamese junk, the team was transported to the USS Newport News, the heavy cruiser that had recently fired in support of their extraction. 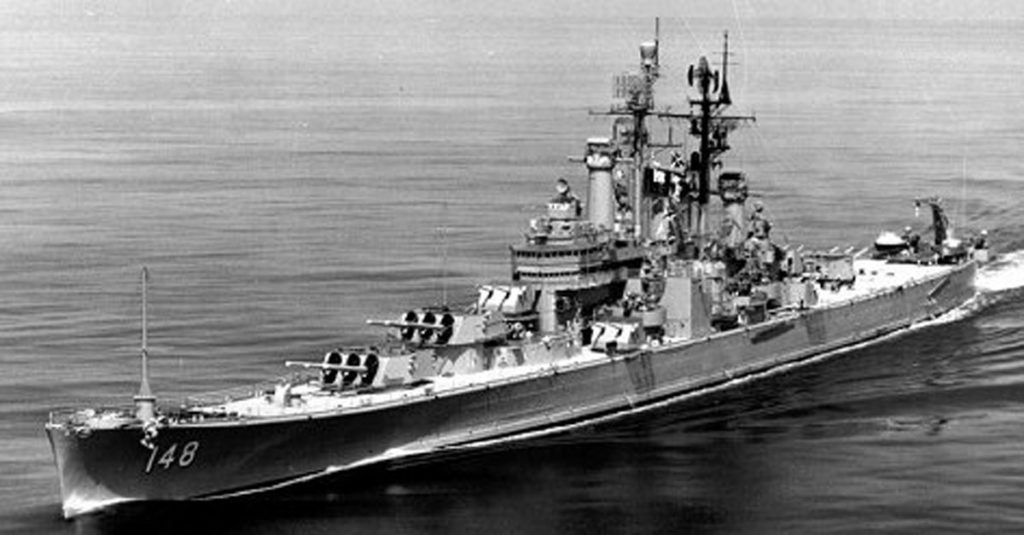 Mike Thornton personally carried his friend Tom Norris into the big warship’s operating room only to be told that the severely injured man was beyond saving. Thornton insisted that the surgeon try his best regardless. 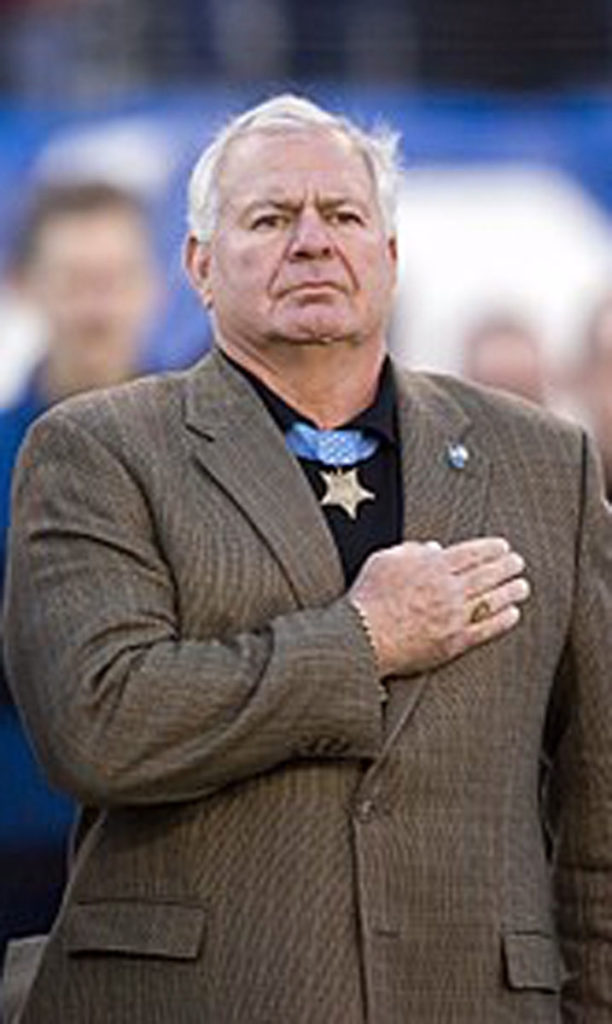 Mike Thornton was awarded the Medal of Honor roughly one year after his actions that saved his fellow operators.

A year later Michael Thornton was presented with the Medal of Honor by President Richard Nixon. 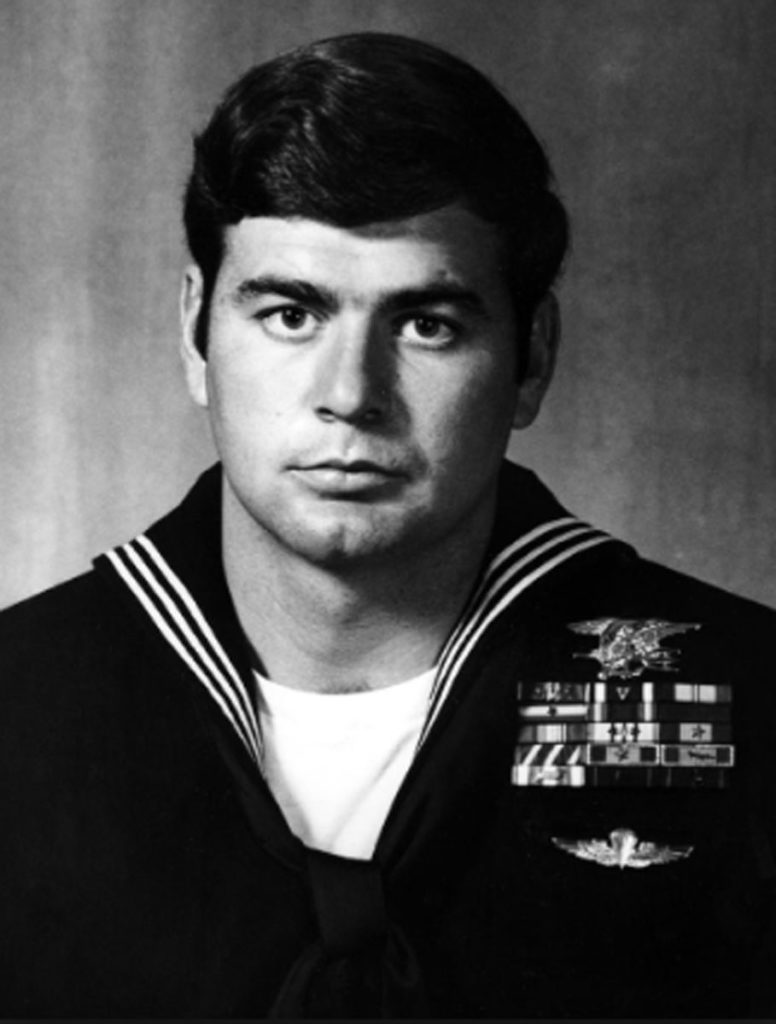 Thornton went on to a long and distinguished career in US Navy Special Operations.

Mike Thornton eventually served as an instructor at the BUD/S course in Coronado. He also did an exchange program with the elite British Special Boat Squadron and became a founding member of SEAL Team Six. Thornton was eventually commissioned and left the Navy as a Lieutenant in 1992. 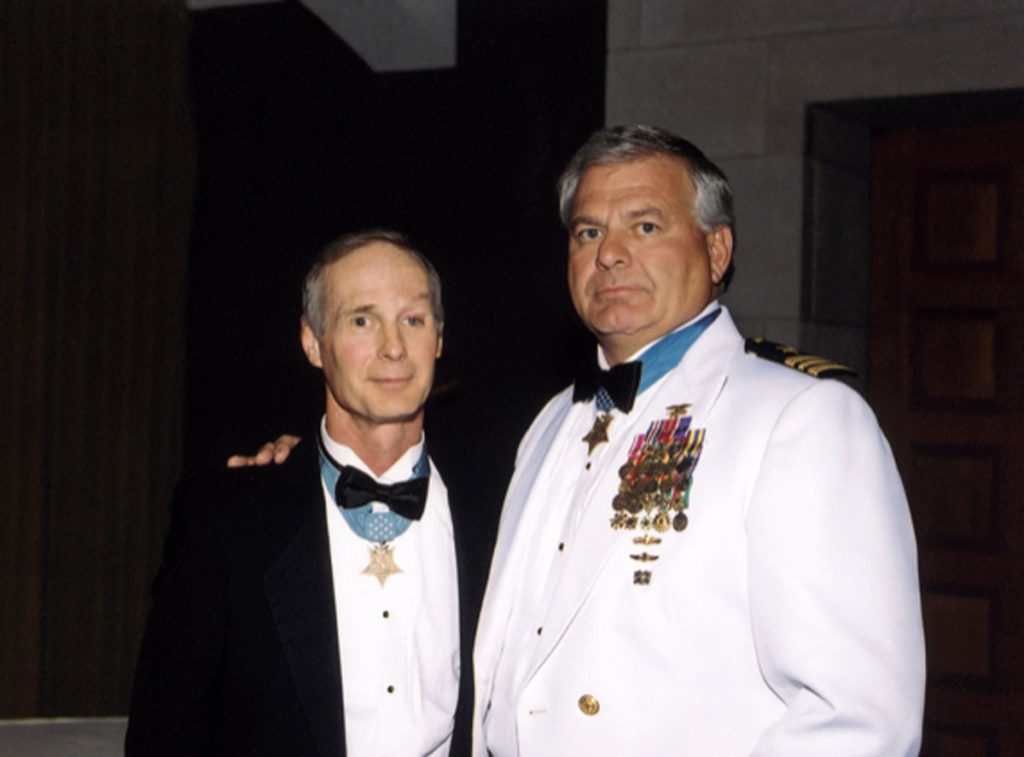 Mike Thornton saved Tommy Norris’ life in 1972 on a beach in North Vietnam.

Tom Norris’ story did not end in the operating room of the Newport News in 1972. He survived his ordeal after a nineteen-hour emergency surgery. Multiple surgical procedures and many months of hospitalization later he was medically discharged from the Navy. 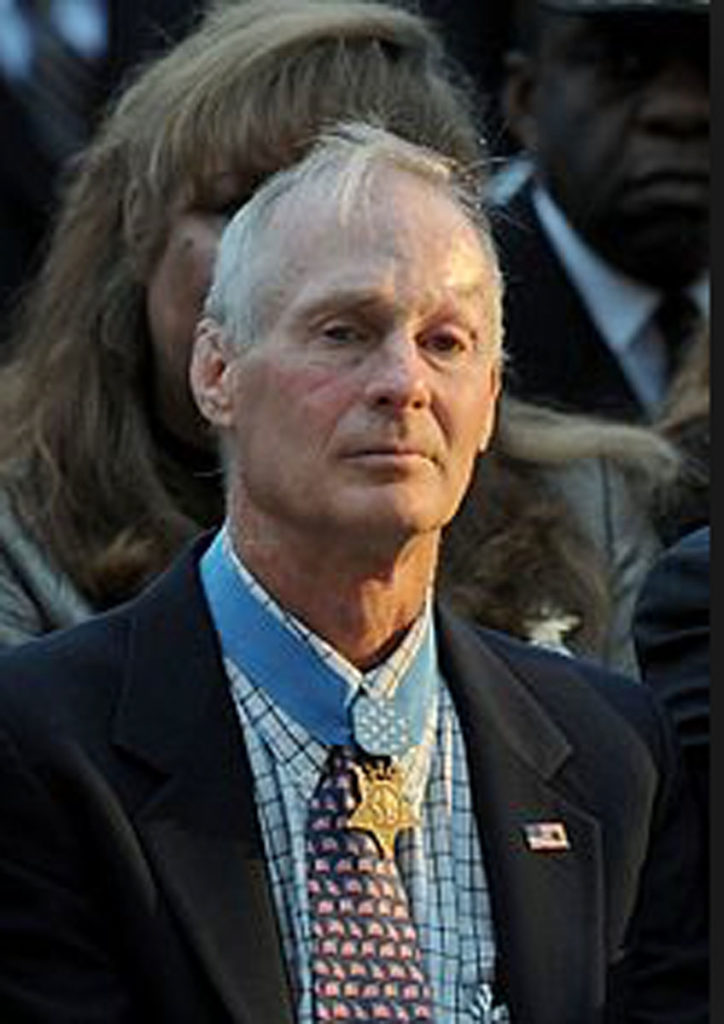 Tom Norris went on to complete training at the FBI academy despite the grievous nature of his injuries.

Not satisfied with medical retirement Norris applied for and received a waiver to attend the FBI academy at Quantico, Virginia. He went on to serve twenty years as a special agent in the FBI. 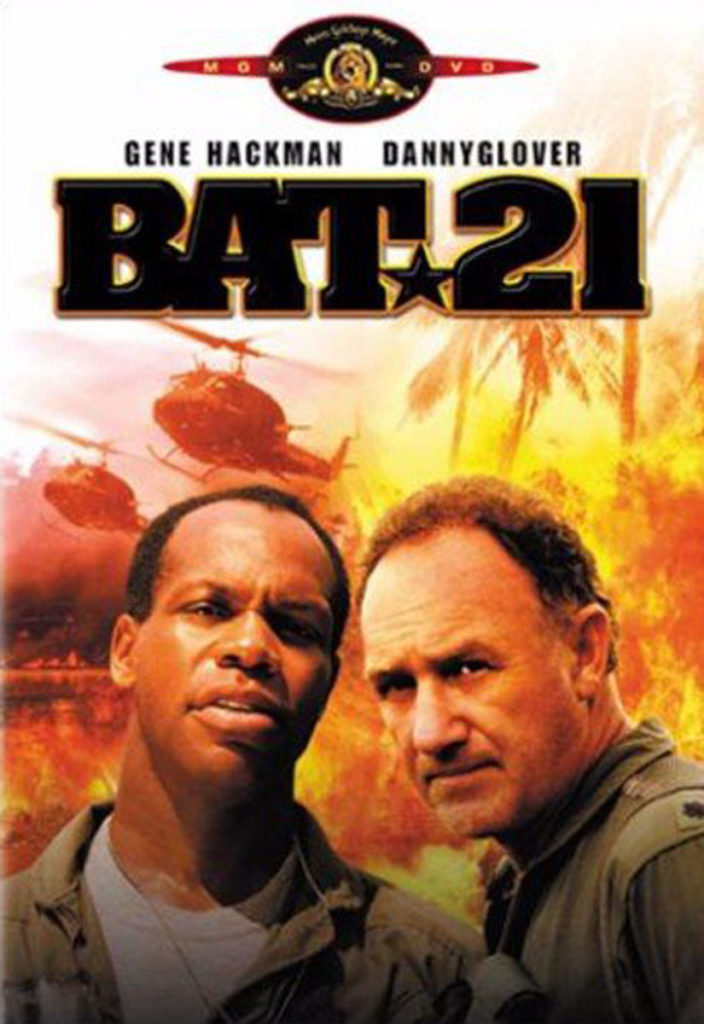 Tom Norris was eventually awarded the Medal of Honor for his actions on a previous mission. The details of his exploits were memorialized in the movie BAT21.

Tom Norris was himself awarded the Medal of Honor for an extraordinary mission to rescue downed American pilots some six months prior to his wounding on that North Vietnamese beach. His exploits were immortalized in the book and movie BAT21. Thornton and Norris were two of only three Navy SEALs to be awarded the Medal of Honor during the Vietnam War. Norris’s MOH mission was incredible in its own right and will likely be the focus of our efforts at some point in the future. 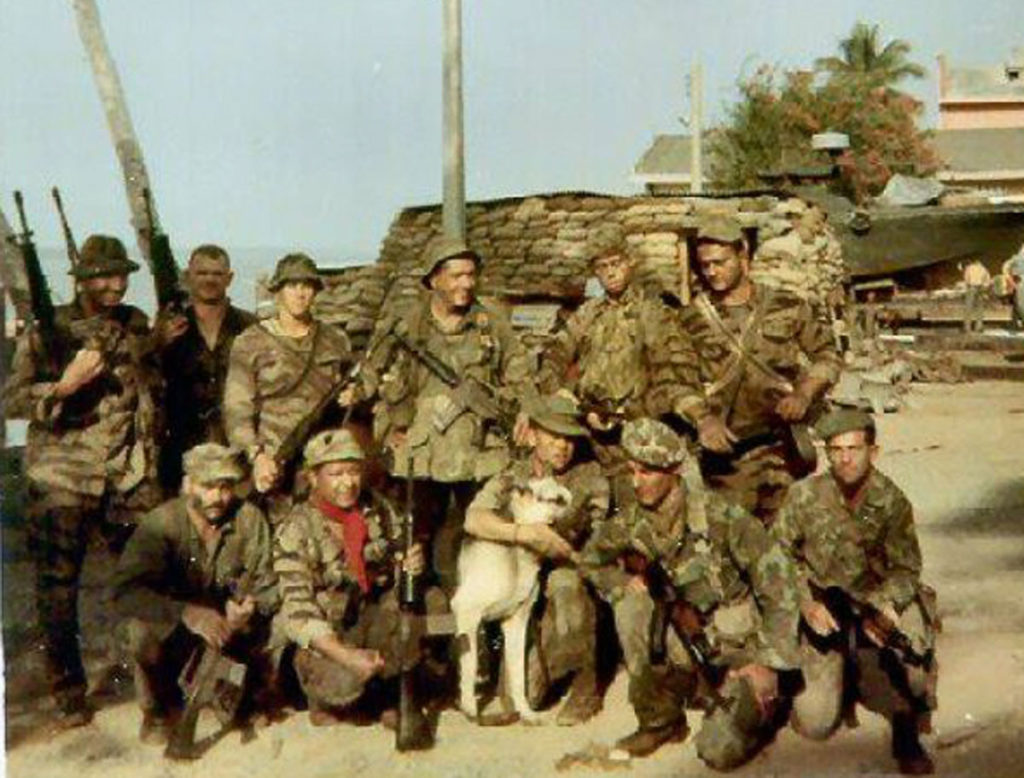 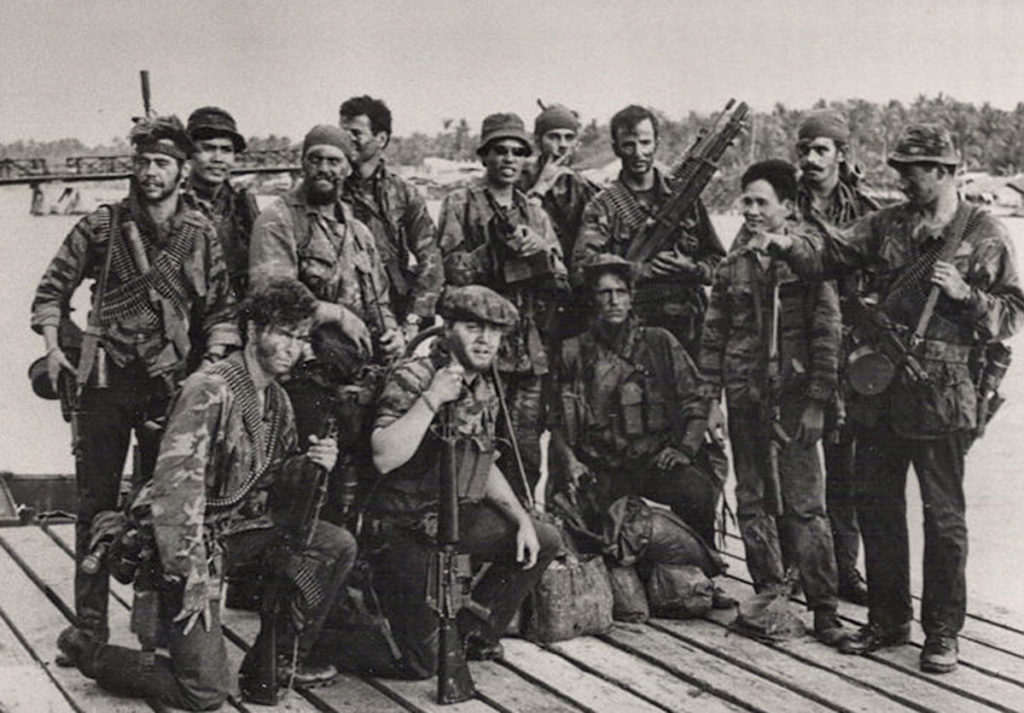 Navy SEALs in Vietnam occasionally obtained their weapons from some unconventional sources.

A good friend who served as a SEAL in Vietnam in 1970 carried an M14, a Colt 1911A1, and a Browning pump 12-gauge shotgun stoked with buckshot whenever he went downrange. The shotgun carried a total of nine rounds onboard and was the product of a particularly successful night of poker soon after he arrived in the country. He cut the wooden buttstock down into a pistol grip and slung the gun over his shoulder on a makeshift single point sling. 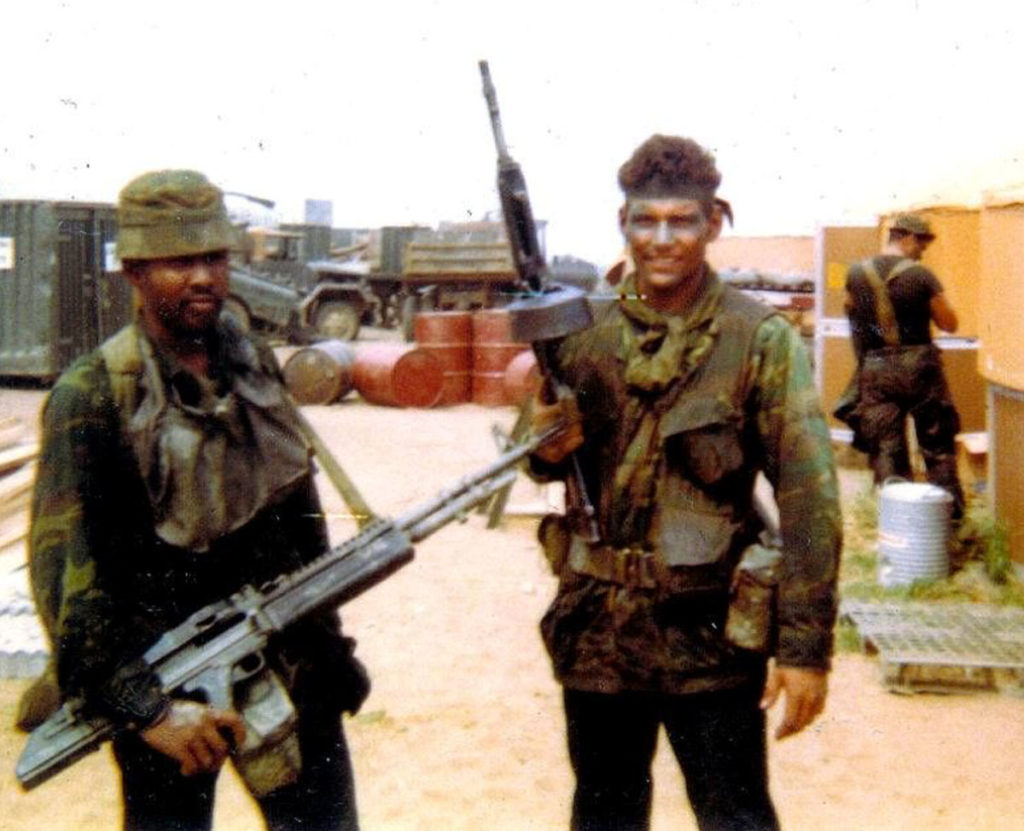 The SEAL on the right is packing a Stoner 63 LMG. The one on the left has a highly modified M60 machine gun.

While the Stoner 63 light machinegun was a SEAL favorite, Michael Thornton carried a COLT CAR15 during his MOH mission.

This compact carbine was a shortened version of the standard M16A1 that armed most of the conventional troops deployed during the war. 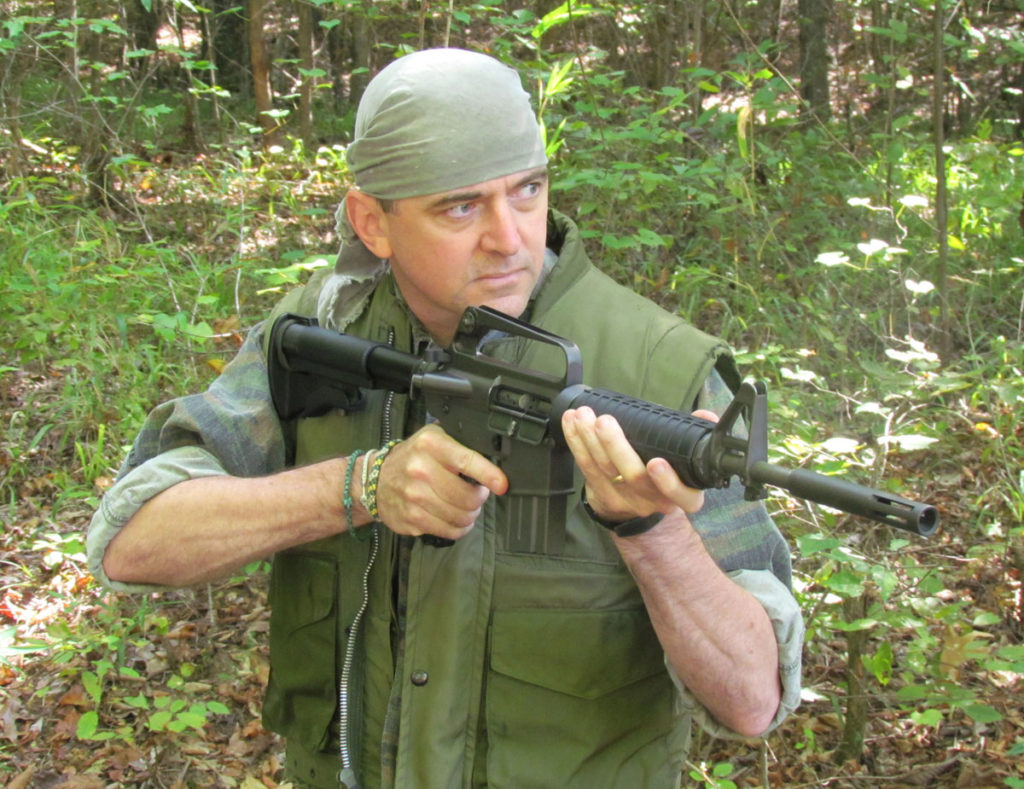 The CAR15 was popular for its modest weight and fast handling characteristics.

Sporting either a 10 or 11.5-inch barrel, a telescoping aluminum stock, and a sound moderator, the 5.56mm CAR15 was popular among aircrews, dog handlers, and Special Forces troops. By the end of the war, there were only about one thousand 30-round magazines available for these weapons in Vietnam. Special operators like Navy SEALs typically got first dibs. 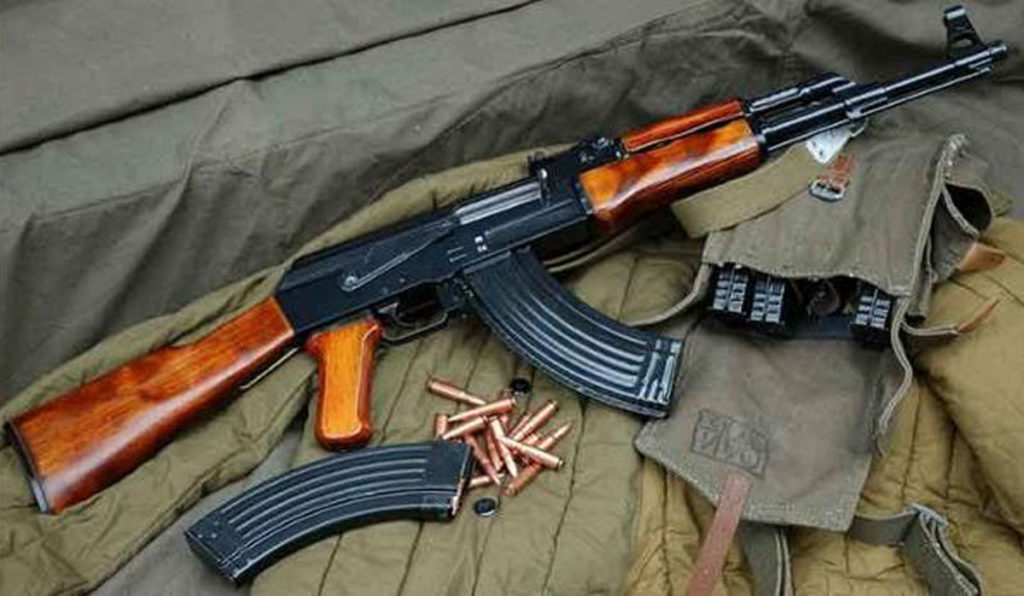 The AK47 saw its first widespread use against American forces during the Vietnam War. American soldiers developed a healthy respect for the gun’s extraordinary reliability and exceptional firepower.

Tom Norris carried a captured AK47 during this mission. Special Forces troops frequently employed enemy weapons on clandestine operations. This practice would minimize the possibility of hostile troops distinguishing them by the sound of their gunfire. The AK47 was a rugged and effective assault rifle that was readily available in the latter stages of the war. 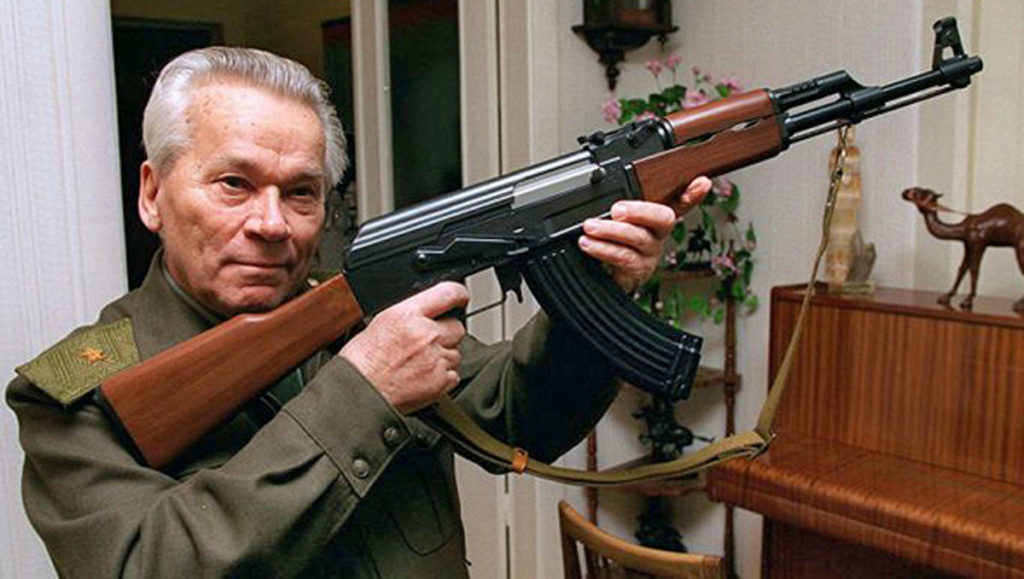 Mikhail Kalashnikov developed the most widely distributed combat rifle in human history as he recovered from wounds incurred fighting the Germans on the Eastern Front during World War 2.

Mikhail Timofeyevich Kalashnikov developed the gun that would become the AK47 during the waning months of the Second World War. Firing a true intermediate 7.62x39mm cartridge via an unnaturally reliable long-stroke gas-operated system, the AK47 found its way into the hands of communist soldiers and insurgents around the globe. With more than 100 million of these tough guns in service, these weapons will be found anyplace men kill each other for untold generations to come. 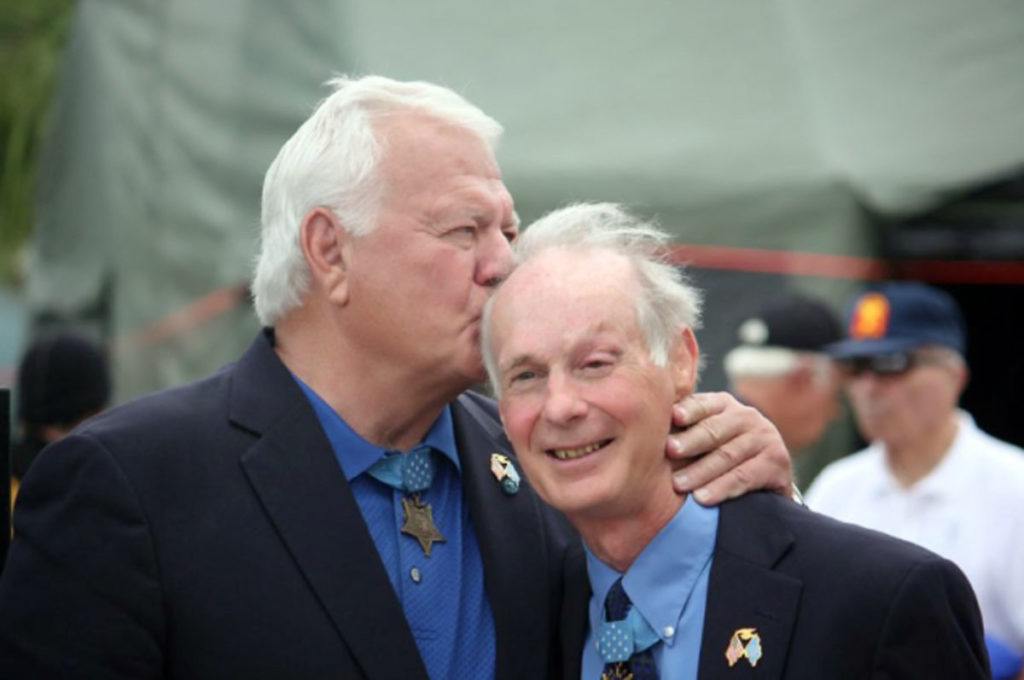 Mike Thornton’s dedication to country, mission, and teammates was awe-inspiring. He is shown here along with Tommy Norris, the SEAL whose life he saved during his MOH operation. If that picture doesn’t move you then something about you is broken.

Michael Thornton’s superhuman display of courage and stamina eclipses anything depicted in a Hollywood epic. That the man he rescued did himself earn the Medal of Honor on an unrelated mission simply speaks to the caliber of the warriors that served with the US Navy SEALs during the protracted war in Southeast Asia. 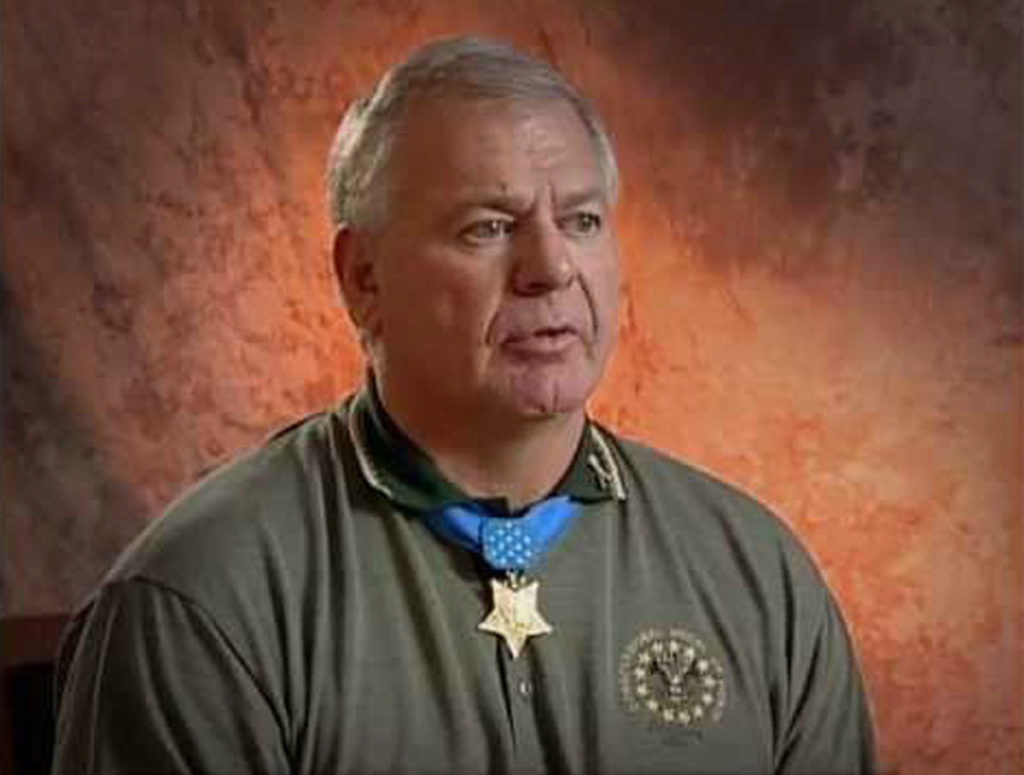 While the causes and prosecution of the war in Vietnam are certainly open for debate, none could dispute that Michael Thornton’s actions on that dark Vietnamese beach were the stuff of legend. Mike Thornton was and is a true American hero. 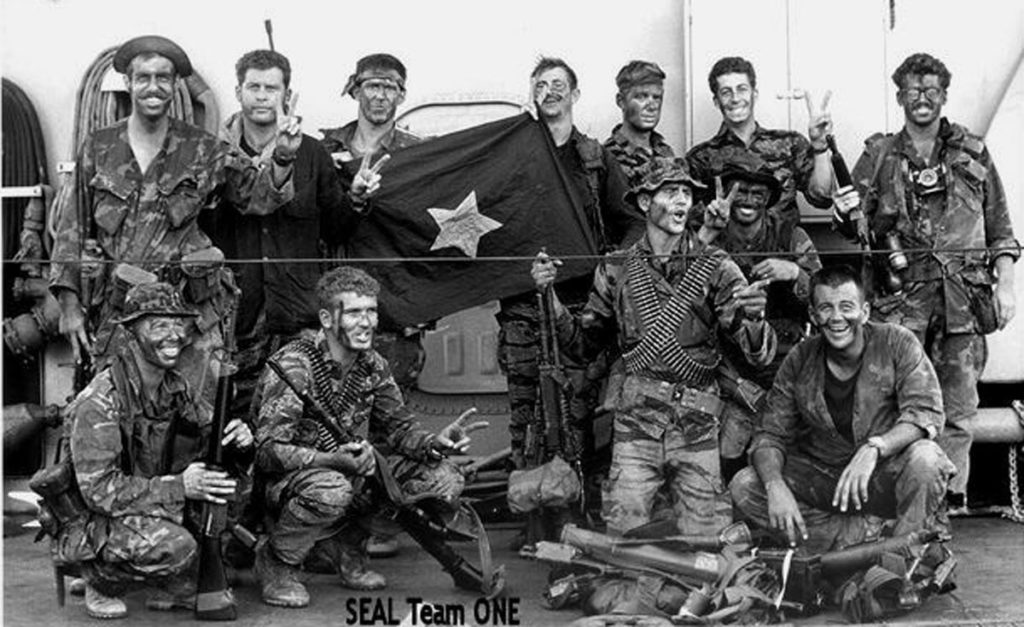 Previous post: De-Platforming of Gun Sites Is A Dark Harbinger